With Sam Mustafa releasing the Romanian army OOBs for his game Rommel, I revisited the Romanian forces I had and worked out a 100 point mid war Rommel army.
It consists of:

This meant that I had just enough of the support weapons and cavalry, but was just shy of the infantry requirements by a couple of units. This prompted me to buy a pack of 24 figures from Command Decision, Old Glory sold them and their dispatch time was very quick.

I based them on bases the same size as my original figures and put three on a base: 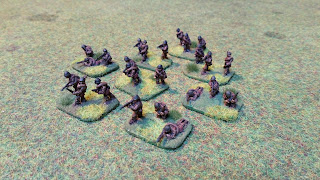 Using a paint guide from the wargaming equivalent of Breitbart, they took no time to paint and I had eight more units ready for use in both Rommel and Rapid Fire! 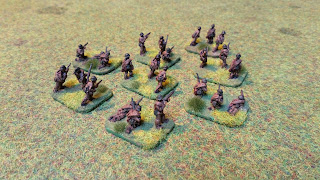 And on Sunday, Ninjasaurus and I had our final game of the year. We had a quick bout of Wings of War, using some of the planes we'd never used before; three Morane-Saulnier versus three Halberstadt DIII. Slightly anachronistic, but never mind that. Here are some pictures from the game (I was the Germans): 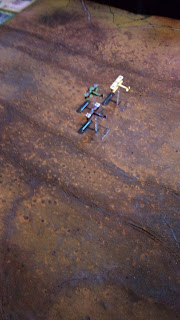 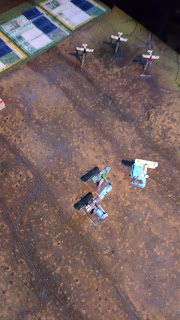 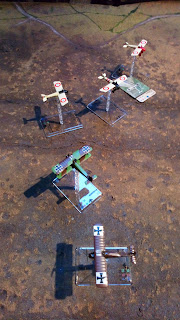 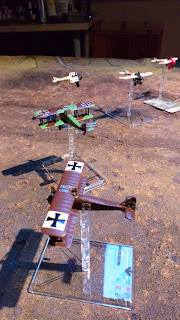 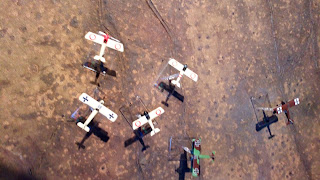 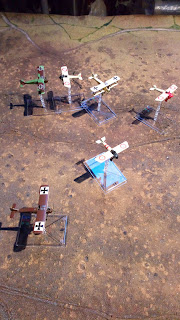 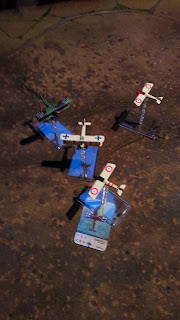 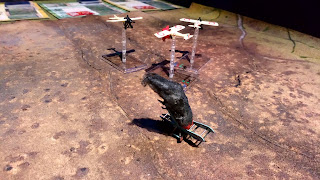 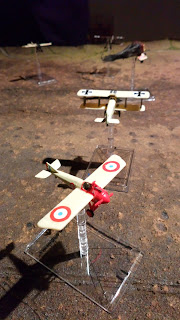 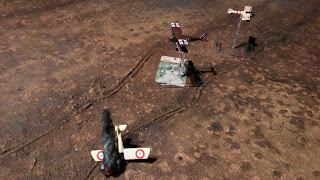 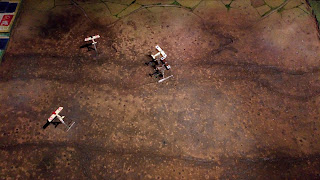 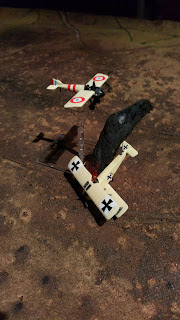 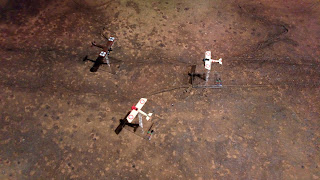 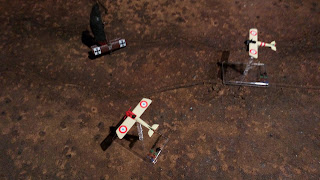 The Germans lost 2-0. I am off to Vienna for two weeks over the festive period, so this blog will not be updated until I return, so have a merry Christmas and Happy New Year!
Labels: 1/144th 15mm AAR Aircraft Command Decision French Germans Infantry Rapid Fire Romanians Rommel Russia Wings of Glory Wings of War WW2