This Sunday was the the Fiasco show over in Leeds, but before I get onto that, I have some Rommel tinkering for you. The game of Rommel is governed, in part, by events and tactics that can swing the odds in your favour. These are printed on each side's Ops Sheets and you have up to ten dice to show which one you are using. I was looking around on blogs and I saw that someone else had decided to turn their Command Post Sheet into game cards.
I thought this was an excellent idea and came up with my own set for the Germans and the Soviets (I will do the other Allies soon, I just wanted to create a set to use immediately). There is a lot of crossover between the Germans and Soviets in what actions they can take, so I created a file of generic cards for this purpose. Then I created the two sets of specific cards for the Soviets and Germans. Then I labelled them with Early (E), Mid (M) and Late (L), to specify which period your force is. So, you decide the period you are playing and take only the cards with that period's letter printed on it, even if it has other letters on, so a early period force would have cards with E, EML, EM or any other combination. There are a couple of cards (like the German airstrike) that occur twice in a period, in this case take all the appropriate period cards, this is because sometimes the force has the choice of using the event or tactic twice. Each card also has the cost in Ops printed on it (be careful as some of these change over the periods) and I will use tokens for the maximum ten Ops instead of the dice recommended in the rules. 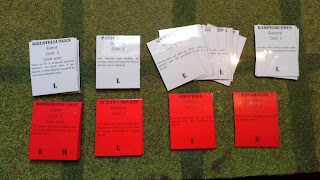 I have uploaded the PDFs of the cards on Google Drive, click the links below to access them. I printed mine on grey and red paper (about £3 from Amazon) to differentiate the sides and laminated them. You will need to print two sets of the generic deck and one each of the Germans and Soviets.

The beauty of doing it this way is that you can discard the cards as you use them, then draw them back together when you reset your Ops at the start of the turn. Obviously the cards marked with (one use) can only be used once in a game. They will also take up less space on the table as the A4 Command Post sheet and can be organised into the events, offence, defence and general decks to make it all easier! Let me know if you use them and how they worked out for you!

Anyway, back to Leeds and Fiasco, this was held next door to the Royal Armouries as last year. Below are some pictures of the games on show. I didn't get a program, so I am not sure what everything is! 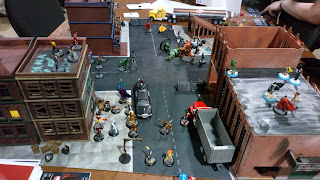 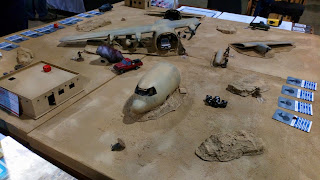 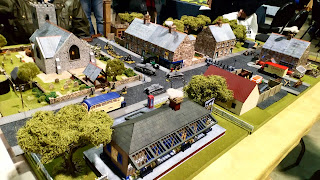 This was an interesting naval game, using submarines below the waves attacking a convoy of ships. 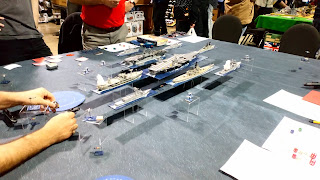 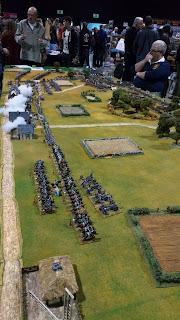 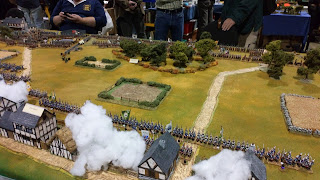 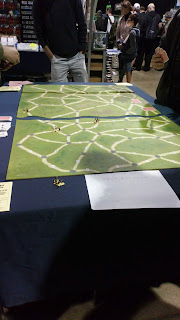 The Ukranians (I think) in Helmand. 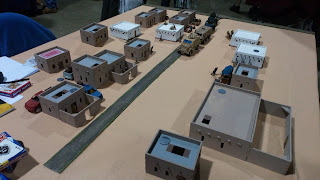 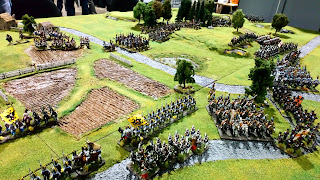 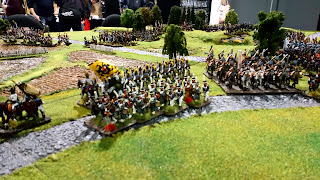 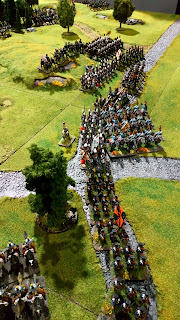 An excellent 6mm Lord of the Rings siege game: 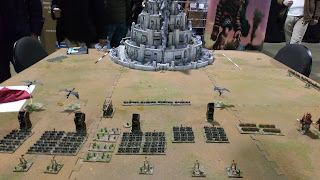 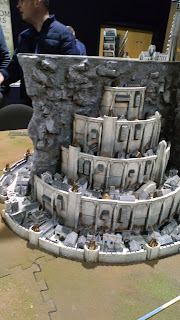 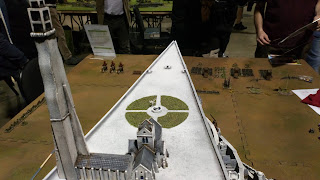 And my favourite: The Battle of Gorodetschna 1812. It just so happens that I am currently reading about Napoleon's invasion of Russia, so this was nicely appropriate for me! 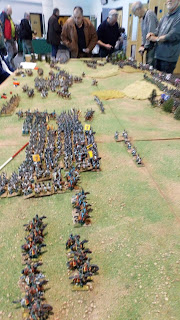 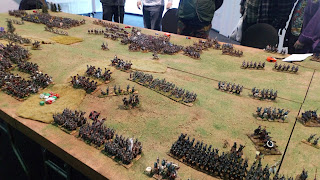 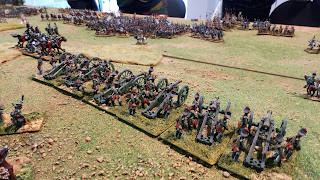 There was very little that I wanted this time, so I only came away with some 10mm Russian houses that were on sale, which will work very well with my 15mm WW2 figures and a turn counter. 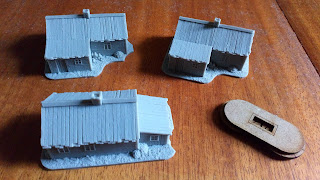 And a chocolate bun! 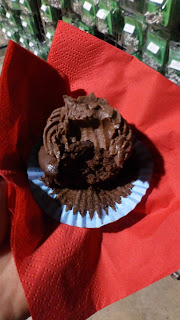 Fiasco always seems a little small compared to Derby earlier in the month,but it's definitely a tightly packed show!