Yesterday, 7th October 2017, was the first day of the two day Derby Worlds wargaming show and I drove down to Leicestershire with Ninjasaurus Rex and Dean to attend for the day. The venue had moved from last year, which meant a longer drive for us, but only about twenty minutes more.

The new venue is on an old proving ground at Brunington and was hosted in a hanger. The new space is smaller than last years, but still managed to pack tons in. I took photos of lots of the games, but I also missed quite a few, so I am sorry if your game doesn't appear here (or I get mixed up with what was what)!

The League of Extraordinary Kreigespielers - Back of beyond 28mm 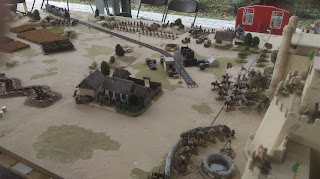 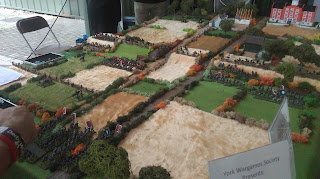 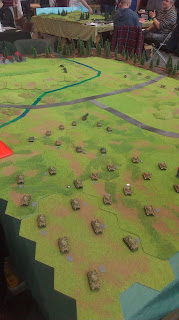 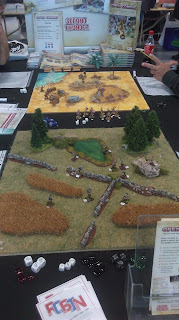 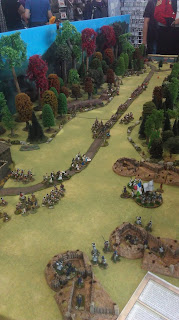 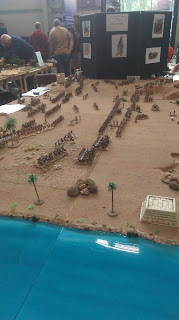 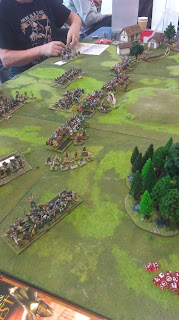 The War and Conquest Society - Ancients 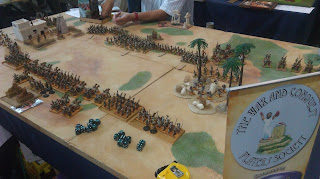 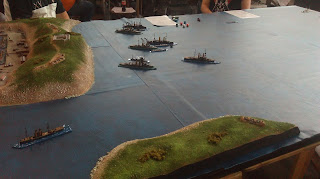 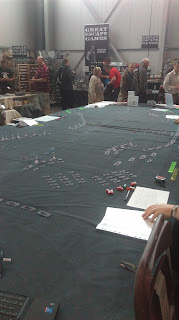 I wasn't sure what this one was, Bolt Action WW2/what if scenario? 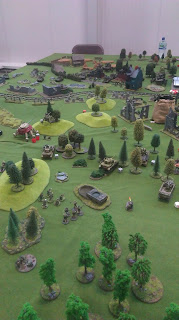 Baccus - The Battle of Manchester 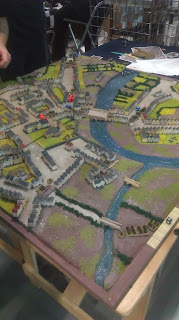 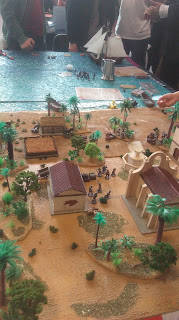 I don't remember the name of this dragon heavy game, perhaps it was Mathew Clarke's Magic Realm? 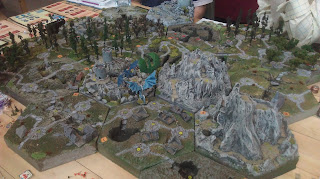 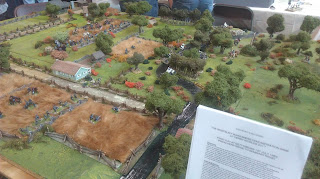 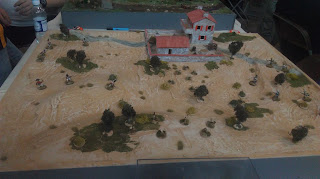 My favourite of the day; Border Rievers - The Battle of Quatre Bras 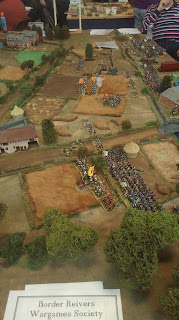 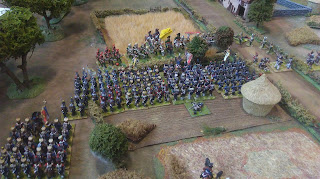 There's nothing like a good massive 28mm Napoleonic game! 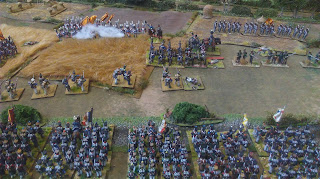 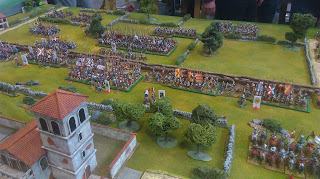 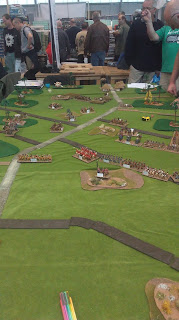 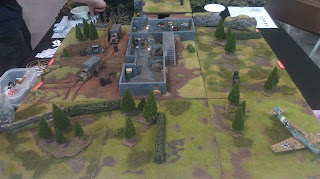 And my stash? I didn't buy too much, having just come back from Vienna, but I did get two Maus, one to use myself and one to make and sell, seven more figures for Judge Dredd from  a rummage box, an Ape biker, also for Judge Dredd and the one thing I went for a set of Baccus French Cassions. 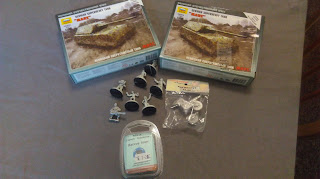 We ended up staying a lot longer than I was expecting, also, I met with some friends and made some new ones, so all in all it was a good day!
Labels: Derby World Wargames Wargaming Shows