Last weekend Ninjasaurus Rex called over for a game of Blücher. I had finished off the French Imperial Guard and was looking to try them out in a game, along with everything else I have been painting for the past two years...

I set up the board as a French attack that was centred on capturing a ridge with a small village on top. The forces were:

The points hovered around 300pts per side, so we would be rolling 3 MO dice and the army break point was nine brigades for both sides. Given the amount of bases on the table, we didn't have much space to set up: 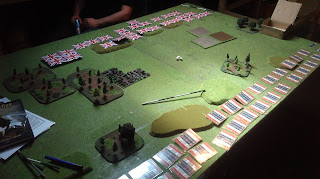 In the opening moves I revealed my right flank as the I Corps and they began moving forward. As they did they came under fire from British artillery on the objective ridge line. 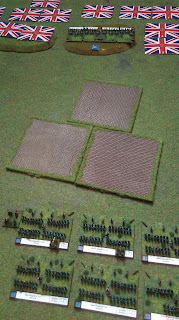 As my spread out Corps advanced in lines the British left flank moved out to meet them led by their cavalry and the Brunswicks. 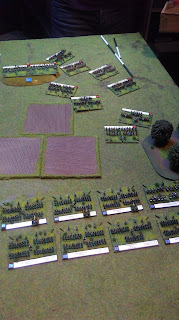 By this time, I began pushing forward the left flank of II Corps and the Guard in the centre of the field. 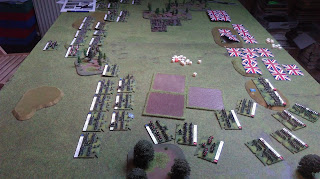 Meanwhile on the right, a small cavalry clash was desultory, but my infantry were still coming under fire from the artillery. 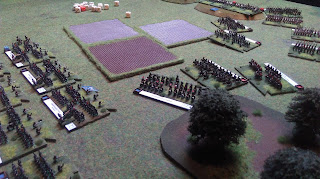 The French cavalry of I Corps were successful in chasing off the Brunswick cavalry as his infantry tried to restore order to their ranks. 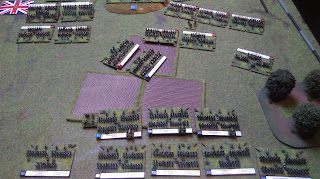 Slowly the Guard moved towards the rising ground and some British units moved forward in order to meet them. 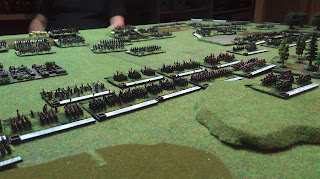 The fighting on the fields on the right flank was not proving decisive for either side, just yet... 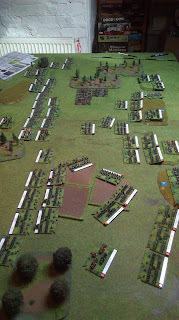 As the British in the centre nosed out of the safety of the ridge, I sent forward the Guard cavalry to threaten their flanks. 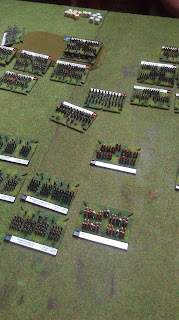 Meanwhile, the slow grinding attrition on the right flank was taking its toll on my infantry, who had failed to break through the Brunswicks. 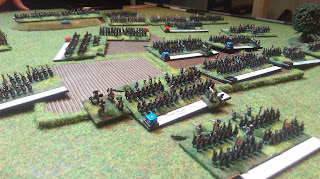 In an unprecedented move British infantry attacked the Guard cavalry, sending them flying! 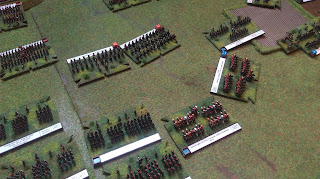 A third of the way through the game and although we had clashes between the Imperial Guard and the British Guard infantry nothing had been decided! 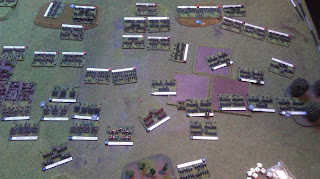 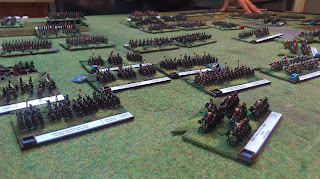 I gathered the Guard together, ready for another frontal attack on the defending British Guards. 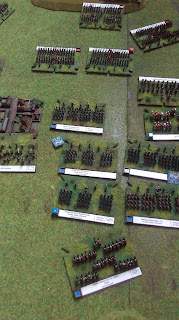 The I Corps on the right flank was fighting its way through the Brunswick defenders, finally, making some headway. 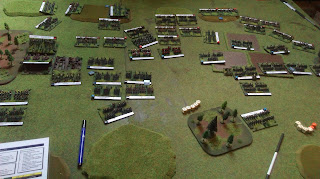 But the forward unit was smashed in the flank by British cavalry. 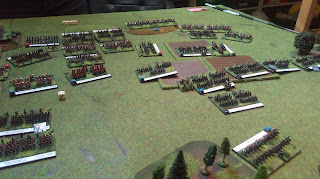 Meanwhile, the Guard piled forward into the British Guard. 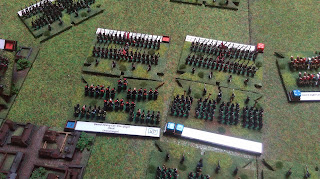 Pushing them back to the ridge line! 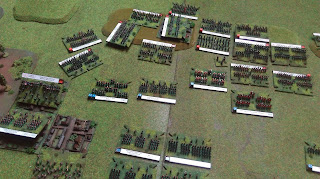 This allowed me to send forward more units to continue the success! 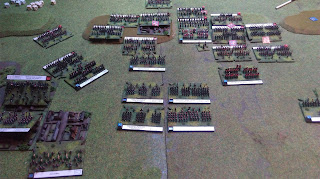 Then we were joined by Wellington's Cat. 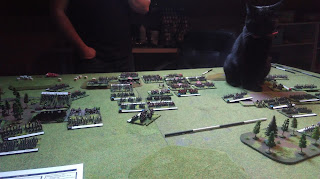 I knew I had to get moving to win the game, so I started moving the II Corps through the woods on my left flank. This was slow progress, but I wanted the fresh troops up front to continue pushing against the British line from the flank. 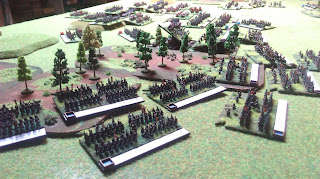 The attrition on the right flank was taking its toll on the British infantry and I still had plenty of fresh Brigades, just waiting for the right time. 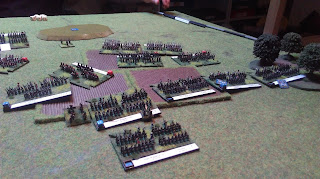 In the centre of the field the fighting was intense. 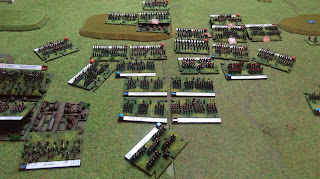 Including the destruction of the Imperial Guard Chasseurs under a combined attack from British and Dutch infantry! 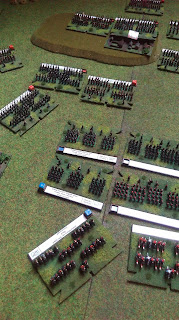 The victory was not long in celebration though as British brigades also broke. 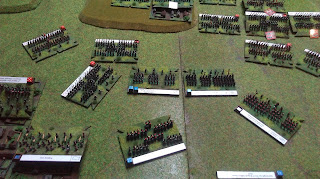 The British lost their final brigade, breaking the army morale and ending the game in a French victory, but only just! Had I lost a couple more brigades the result would have been very different. 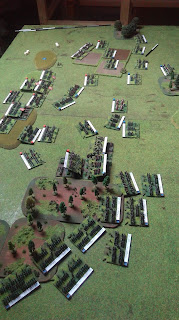 On the French right flank serious damage had been done to the British defenders, but their line was still relatively intact. 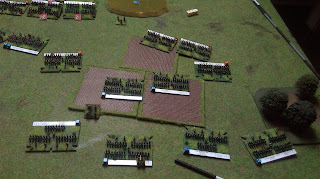 It was a fantastic game of Blücher and given the amount of figures on the table it took us two days to conclude (we were chatting a lot, so the game could have been a lot quicker...). But it was great to be able to get about 3,000 figures on the table and prove to myself that the last two years worth of work is worth it! Mind you, I still have a few more British and French Corps to finish before I even begin with the Prussians!