Grenadiers of the Middle Guard 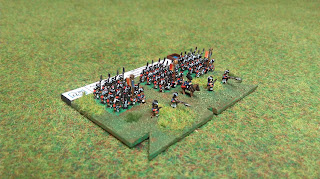 The 4th Regiment was raised in May of 1815 to bolster the numbers of the unit. However, this unit is understrength in Blücher terms, so only one Battalion of the 4th are represented here. 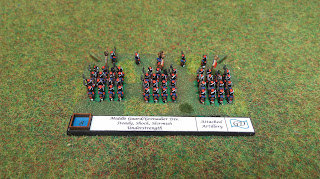 This aside the unit is another big hitter, with 8 Elan, shock and skirmishers! 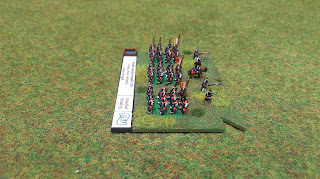 However, in real life, this didn't stop them from collapsing under the pressure of Anglo-Allied firepower in the dying moments of the Battle of Waterloo. 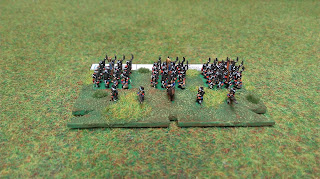 This should be another good unit to field and will certainly give their opponents something to think about, unless they get ganged up on!!