The last four figures of the Derby Show batch are complete, another bunch of Judge Dredd perps and citizens. The first up is this tall mutie or alien in a spacesuit and carrying a massive cannon. 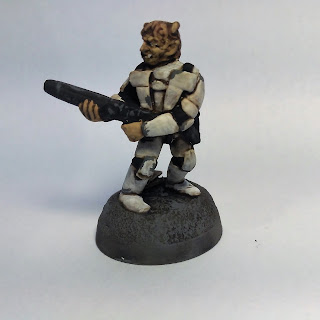 I thought the armour looked a little like the Stormtrooper armour from Star Wars, so I used that as inspiration for the paint job. I tried to make it look a little more battered though, with paint chips and muck. 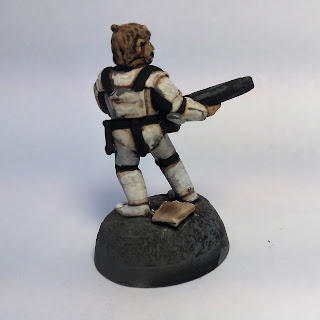 The next figure is this female mutie, or someone who's been in the ugly clinics. She looks like someone from Mad Max. 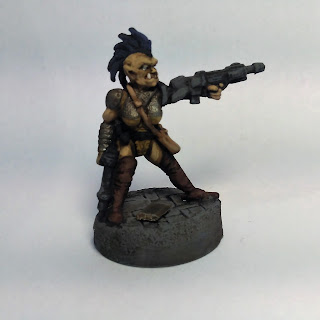 I'm not massively keen on going down the mutie route in my Judge Dredd games, I think using the Cursed Earth as a setting is a bit of a cop out and would prefer to set scenarios in the city rather than a desert. However, she could be from a mutie gang that has broken into the city. 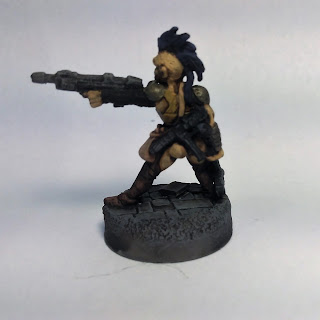 The next guy is a cyborg gang member, looking pretty mean with a scatter gun. 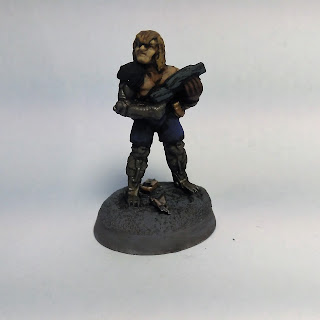 Who knows what has happened to his legs, but I don't want to ask him to find out... 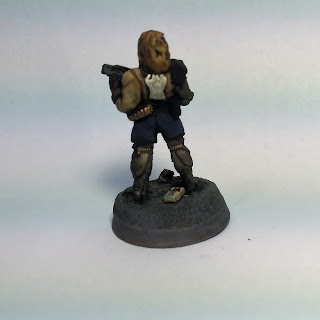 And the final figure is a female cyborg. When I got this figure she was holding a plastic gun, a basic conversion by the former owner. I wanted some unarmed citizens, so I cut the gun off and tried to clean up the hack job... 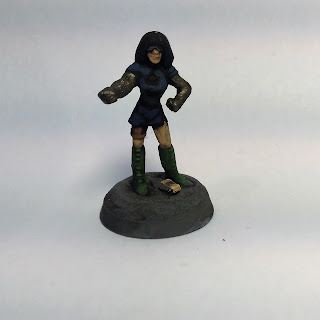 It seems to work and she's another addition to the growing citizenry of the Mega-City. 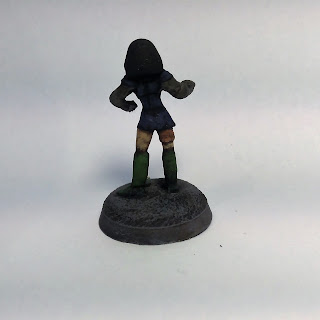 These are the last figures that I bought from Derby, but I also have some more figures I bought in the Warlord Games sale, so keep checking back to see those painted soon!