In a hiatus with the 100 Days Campaign painting project whilst I wait for Baccus to send through my next batch of figures, I turned back to the Judge Dredd figures that I had picked up at the Derby show in October of last year. These had been sitting on my painting desk looking at me since then, so I bit the bullet and began... With this fella, a Heavy Metal Mutha armed with a pistol: 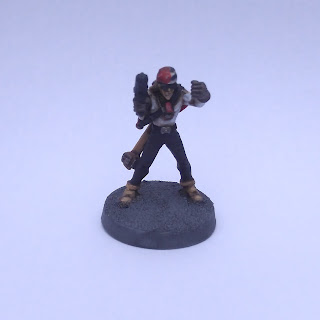 As I picked these up from a bargain bin, I am not sure who makes them (answers in the comments, if you know, please!). I like the pose and the guitar on this figure. 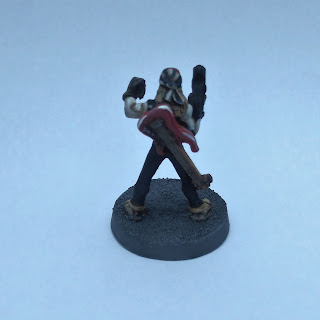 Next up is a female with a pistol, maybe a gang member or an assassin.

She looks like she has stepped directly out of the TV shows Dynasty or Dallas, an eighties throwback. 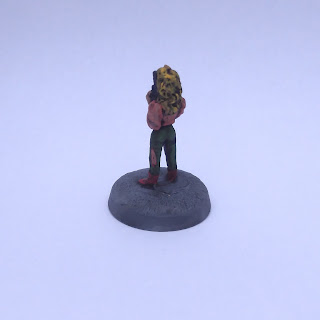 The next figure was a large ugly thug. 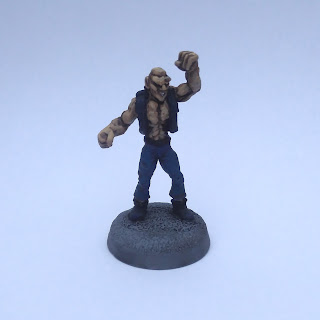 Possibly a mutie or someone who's been to the ugly clinic, either way, he's a pretty tough looking fella. 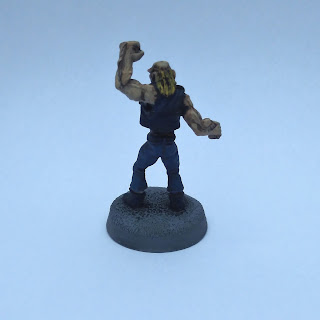 Another woman was the next figure, carrying a large pistol or stub gun. 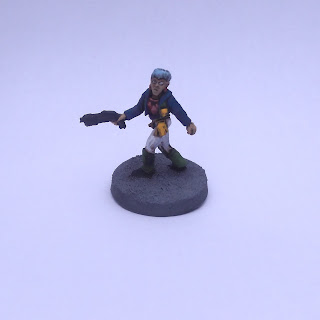 I gave her bright blue hair, it looks futuristic. 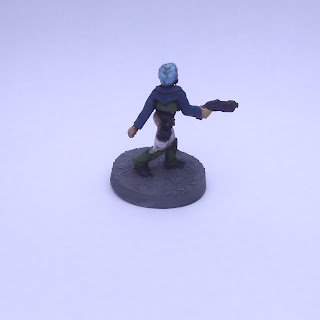 And finally a chap in what looks like a space suit. 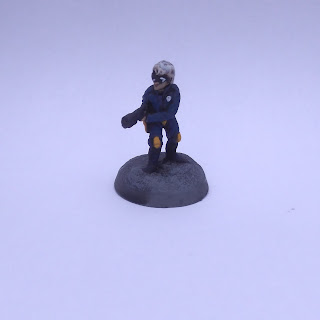 He looks a bit like a James Bond henchman. 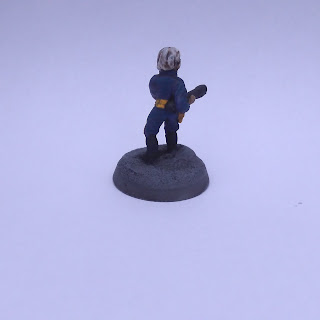 I've nearly finished this batch of figures, chipping away at them is paying off and there are only a few of the Derby figures left.