When I bought the figures for the Allied II Corps, I also bought the artillery support. I was going to make them into individual attached artillery bases, but realised I could make two batteries instead with the amount that I had. So I did and this is the second one. 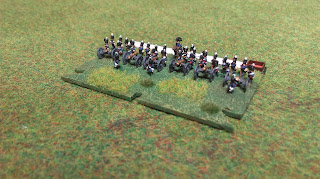 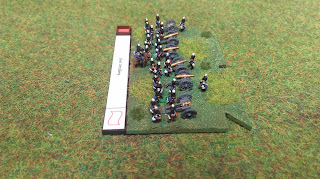 Baccus supply four figures for each gun in their packs, but I had plenty of left over figures from the attached artillery that I had made in the past. These extras were added to the battery bases to flesh them out. 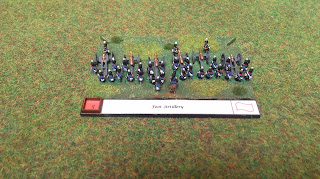