Over the Hills and Far Away...

I am working my way through the British II Corps at a good speed at the moment, the next unit I completed is the 3rd Brigade of the 2nd Division, under Major-General Adam. This is probably the most famous of the Allied units at Waterloo as it features the 95th Rifles (whom most people only know about through the Sharpe books and TV series). 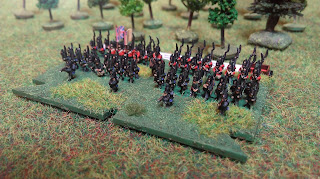 However, the unit also features the 1/52nd, who attacked the Old Guard and had a major role in defeating them by hitting them in the flank. They were also the only light infantry unit of the British army to carry their flags in the Waterloo campaign which is why there is only one set of flags in this Brigade. 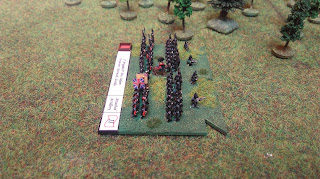 With that in mind, this unit took a bit of faffing about on my part, I had to replace the standard bearers for the third unit (71st Foot) with infantry, plus I had to clip the bayonets off all the riflemen's muskets to make them look like rifles! 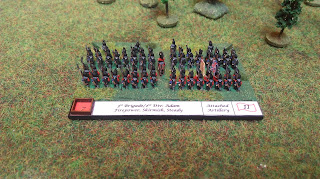 It's a pretty heavy hitting unit, a Elan of 7 means it will stand up to punishment, helped by the fact it is steady and also has firepower as assets. 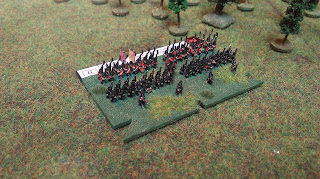 Another unit finished, but plenty more to do! So keep checking back for further updates to II Corps!