Pirates of the Black Atlantic

I recently added more figures to my growing Judge Dredd project, they are more from the Derby Wargames show batch. I really cleaned up with that haul! These four are Pirates of the Black Atlantic (well, it's not like wargamers to stick racial stereotypes, is it?) led by Pappa John: 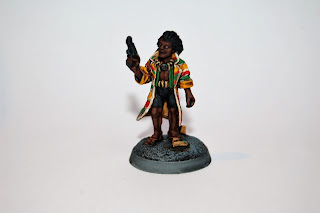 This is a really well sculpted figure and the proportions are all correct with great deal. There's a great deal of personality in it. 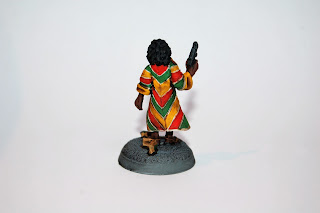 Next up is Miss Kitty, another lovely figure. I am not sure who produces these or if they even come from the same company, but they are excellent. 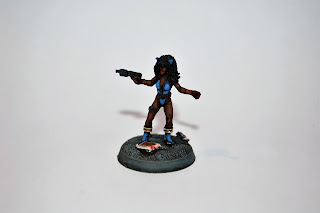 And showing her cheeky side. 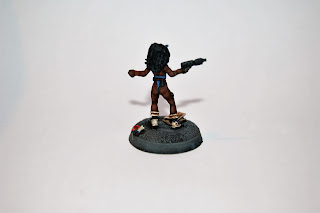 This guy is great figure as well, a typical Black Atlantic Pirate armed with a spit gun. I like the combat fatigues the chap is wearing. 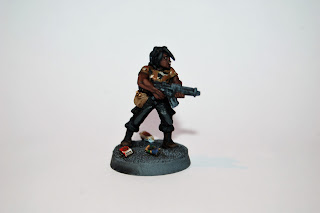 I did a very basic camo scheme on his t-shirt, it's just a few different browns, black and white in stripes and dots. 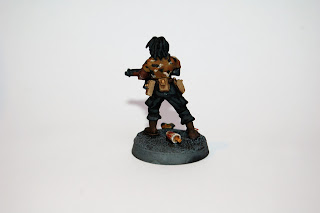 And finally Voodoo Pete, the details on this figure are very catching, the chicken leg Voodoo stick, for example! 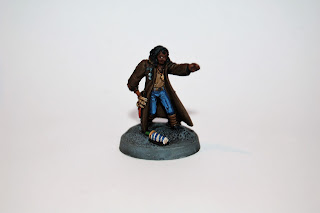 This guy will probably have some form of Psi abilities for the Judge Dredd game. 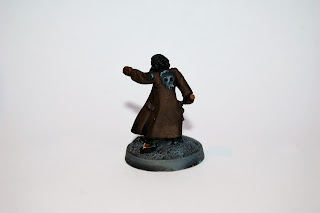 And finally is a figure by Ninjasaurus Rex, he painted the figure and I finished the base off. He has achieved a far subtler shading than I could ever do. It's just a shame it takes him so long to paint figures... 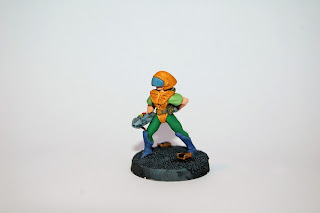 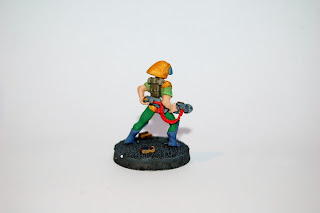 So that five more figures added, I have about another twelve from the Derby batch along with the ones I picked up from the Warlord sale, so there's still some work to do!