In a fit of trying to get II Corps of the Armée du Nord finished off, I completed the next brigade, the 1st Brigade of 7th Div. This Division was commanded by Général de Division Baron Jean Baptiste Girard and the 1st Brigade was in turn commanded by Général de Brigade Vicomte Louis de Villiers. The Brigade was formed of the 11e and 82e Régiment de Légère. 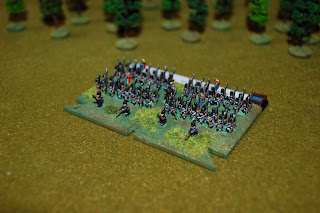 This unit took no part at Waterloo, but were fighting at Ligny (16th June) on the French left flank. 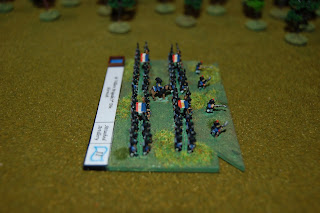 This is a standard French Brigade with a slightly higher than normal Elan of 7. The 7th Division (along with the 8th Div) led the attack on St Amand at Ligny and were in the thick of the fighting all afternoon. 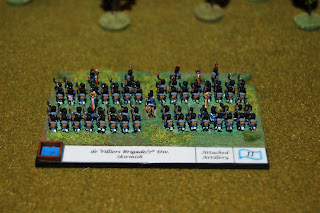 Another complete brigade means I have one less to do! The end of II Corps is in sight and it's all downhill from here...