The second brigade of Bachelu's 5th Division of Napoleon's army was commanded by Baron Campi and was formed of the 72nd Ligne and 108th Ligne Regiments. Like the first brigade, this was a pretty standard French infantry unit. 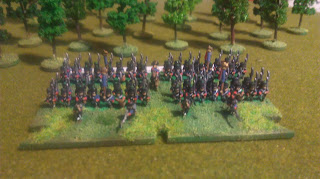 However, they saw action both at Quatre-Bras and later at Waterloo, being involved in the fighting at Hougoumont. 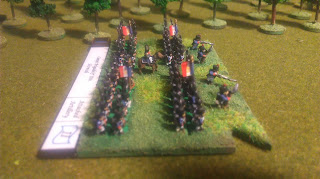 Baron Campi was also wounded during the campaign along with four of his battalion officers, showing the amount of action they were involved in. 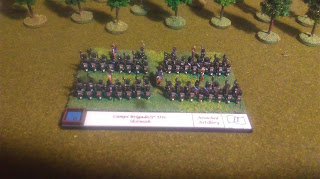 This is the second of eight infantry brigades for II Corps (less than I thought!), so it's a quarter of the way through the infantry already! 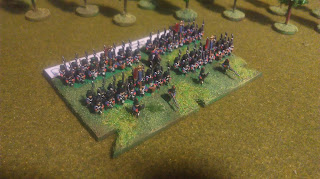 Things have slowed down a little with the painting, I was busy most of last week at the Western Front Association's York conference, but I am trying to get as much done as I can before we move house and everything is put on hold for a while!