Half Way Through the French Infantry!

This is the fourth French Brigade for Blücher. Which means, I am now half way through the full I Corps! This Brigade was commanded by Général de brigade Baron Aulard (who was killed at Waterloo) and was the other half of 2nd Division, the first half of which I have already completed. 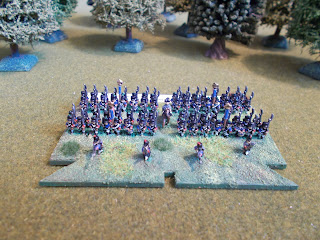 The unit was made up of the 19th Regiment of Line and 51st Regiment of Line, both of which had two battalions. The Brigade was involved in the corps attack in the early afternoon of the 18th of June and was later helpful in the capture of La Haie Sainte. 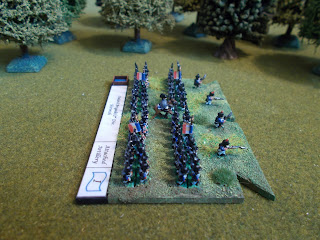 As with the other French units so far, this one also has skirmishers as a trait, so they were included at the front. Not only was the Brigade commander Aulard killed at Waterloo, but the Colonel of the 51st Line, Baron Rignon, also fell. 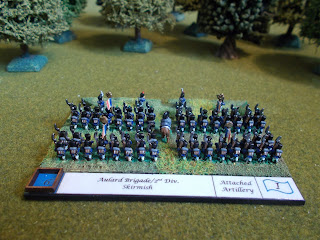 All in all, this is another pretty typical French brigade, they have an Elan of 6, which is reasonable and the skirmish trait. The French don't seem to be as mixed as the Allies! 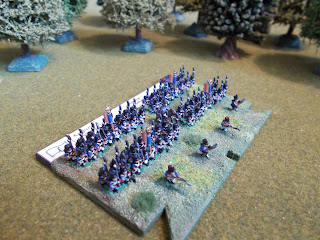 This is the half way point for the infantry, only four more bases to complete, then I'll have the full Corps finished (except the cavalry!). But all that is for the future now!