Another Day, Another Brigade!

The 2nd Brigade of the 3rd Infantry Division is the one commanded by Général de Brigade Baron Jean-George Grenier which was formed of the 25th and 45th Regiments of Line. Another typical French formation these were involved in D'Erlon's attack in the afternoon at Waterloo. However, as part of D'Erlon's Corps, these were another unit that spent the 16th of June marching between Quatre Bras and Ligny, and being engaged at neither of these battles! 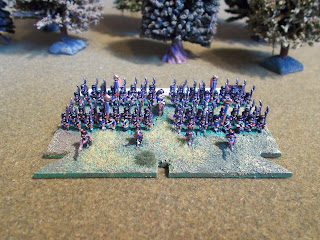 All four battalion commanders were wounded during the fighting when they faced Pack's brigade on the Anglo-Allied ridge position. 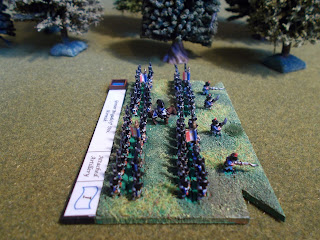 The 45th also lost their Eagle when the Union Brigade counter-charged the afternoon French attack, the Eagle was carried off to Brussels during the afternoon cavalry actions on the 18th of June. 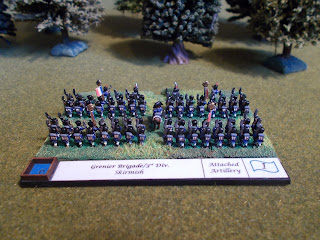 This is the sixth Brigade for the French I Corps, so I now have two more infantry to complete and one Cavalry, so hopefully these won't take very long before I can start back on some more Allies!