Another addition to my Star Wars Miniatures Battles forces is a full platoon of Stormtroopers. You may remember I managed to order some and bought enough for the full platoon. A Platoon of troopers is made up of four squads each of eight men in white, one of which is the commander and another the specialist. 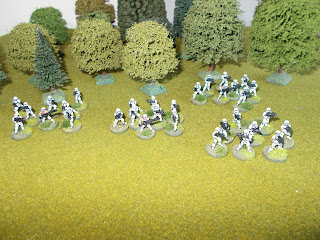 The four squads are designated as Red, Blue, Green and Gold. I painted the bottom of each base to reflect this and here are the close ups of the four squads: 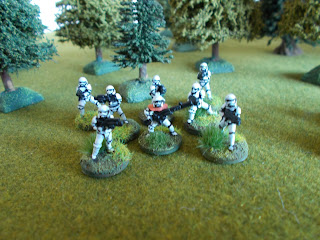 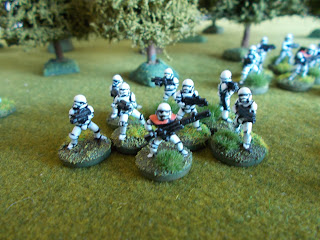 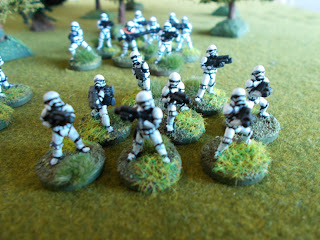 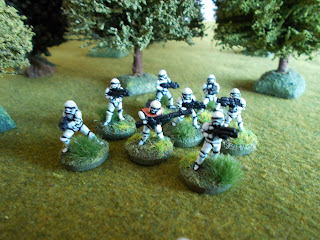 I like the figures, my only issue with them is that they are quite small compared to the other Star Wars figures I have. But apart from that they are full of character and really look the part!
Even Stormtroopers need someone to command them and I also added five Imperial officers to the mix. These came from Eureka Miniatures and are from their First World War Italian Alpini range. 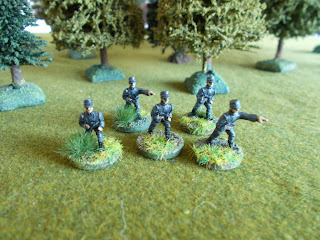 The simple uniforms match pretty perfectly with the Imperial chaps. I may use these as commanders or even heroes in their own right. 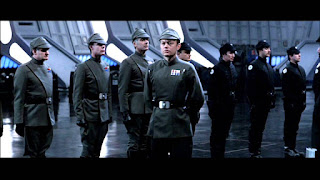 There is more to come with this project so keep checking back for more in future!
Labels: 15mm Imperial Stormtroopers Science Fiction Star Wars