Heroes of the Galaxy

Along with the footsloggers of the Imperial and Rebel forces for Star Wars Miniatures Battles I added several of the well known heroes of the Star Wars galaxy to the mix. SWMB is a simplified version of the Star Wars Roleplaying Game, so each of these characters will have their own record sheets and stats in a game. I can get these from the various roleplaying game supplements. 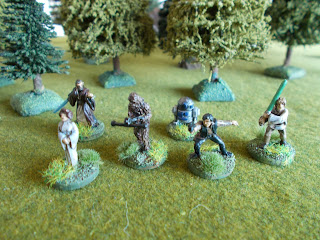 First up is Princess Leia (actually a Geisha from Eureka Miniatures in their Samurai range). Although she is not wielding a weapon it is a very similar appearance to Leia in A New Hope. 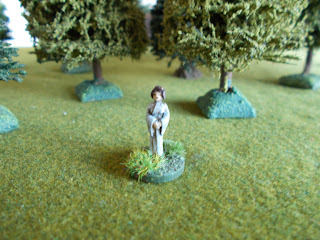 Next up is moisture boy, Luke Skywalker. This figure came from Highlander Studios as part of their 'Kendo Masters' range. Although Luke's lightsaber in A New Hope is blue, I painted this as his later green one to make him different from Obi-Wan. 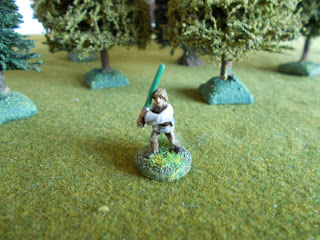 The Astromech droid R2-D2 came from Ground Zero Games and with a little cutting was a good enough stand in for the overweight glob of grease. 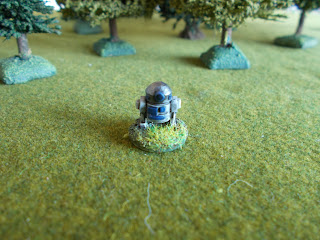 The waking carpet Chewbacca was another Highlander Studios miniatures. This time from their 'Space Pals' range. 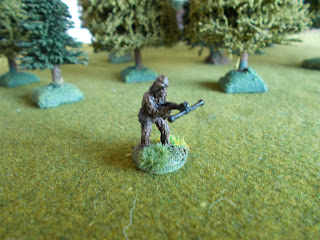 And the charming scoundrel Han Solo came from the same range. 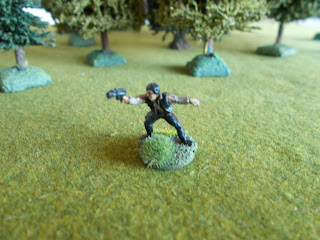 Finally, Obi-Wan Kenobi can be found in the 'Kendo Masters' set from Highlander Studios. It's the old Obi-Wan as seen in A New Hope. 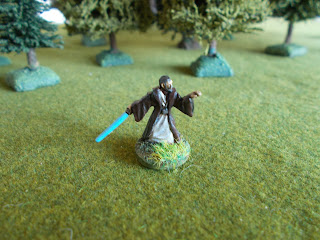 For the painting I copied film stills and images from the internet and I think I got the colours pretty right. They were a joy to paint and are full of character. I was led to the Leia and R2 figure through the hive mind on TMP, so thanks for all the people who helped out in compiling a list of 15mm Star Wars stand-ins.


Whilst I was painting these little fellas I re-watched the excellent Red Letter Media reviews of Episodes I, II and III. If you have never seen them, all three are embedded below and are definitely worth a few hours of your time, even if just for a masterclass in film making: