Whilst I have been busy in a galaxy far far away, I have also been beavering away on the 6mm Napoleonic project in the background. The latest of which is the 2nd Nassau Brigade under Major General Prinz Bernard von Saxe-Weimar. This unit is the first none-red unit I have painted and consists of three Nassau regiments (in green) and two Orange-Nassau regiments (in blue). The jagers are also present as the skirmishers at the front. 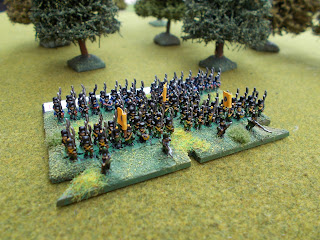 In Blücher terms this is an 'overstrength' unit, which is why I decided to model all five of the battalions that make up the brigade. This will make it easy during a game to spot the larger formations without having to read the information on the base. 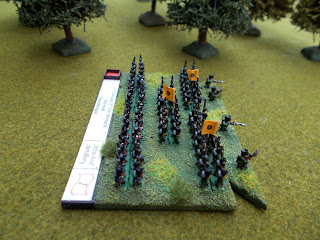 It was a nice break to paint a different colour than red and this is also what makes the Anglo-Allied army of the 100 Days Campaign so interesting. 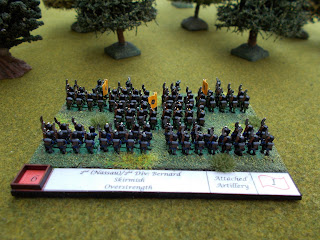 The figures are from Baccus, but are French line infantry, as Baccus don't do a separate Nassau range. At this scale no one will notice! 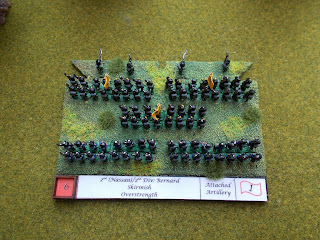 There are still a few more units to finish off before I have completed I Corps, but more about that in the future! I then may begin on the French I Corps, in order to have some figures to actually use on the table.