I re-based the Rebel figures I have for Star Wars Miniatures Battles and bought a few more figures to add to the units. SWMB works better when the figures are individually based, so this prompted the decision to re-base.

The figures came from Ground Zero Games and are in their Stargrunts range and they look close enough to pass as the Rebels from Return of the Jedi. So with the original 16 that I had, I added enough to make  four ten men sections, each with a commander and repeating blaster specialist and eight men carrying blaster rifles. These four sections made a platoon, commanded by a two man HQ.

This is Red Squad, as indicated by the red insignia on the arm: 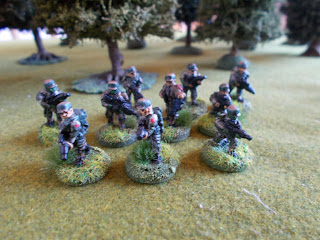 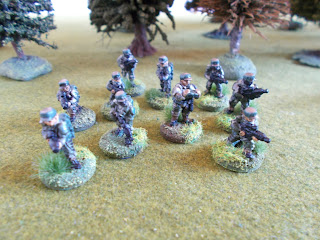 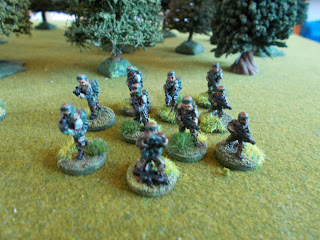 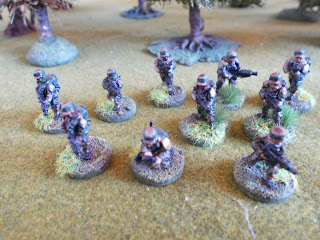 And the Company HQ: 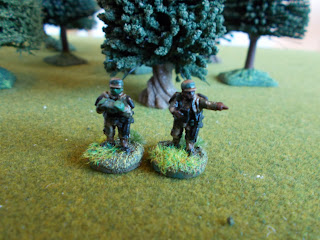 All together on the table, they make a pretty formidable force: 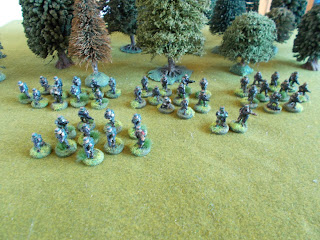 In time I will add a couple of heavy weapons, like a tripod mounted repeating blaster but as SWMB uses about 30-40 figures in a game, I won't need any more basic infantry, so I can switch my attention to finishing off the Imperials and some of the characters from that galaxy far, far away.