Last week I spent a week excavating trenches in Mametz Wood, the large wood that was attacked by the 38th Welsh Division in July 1916. The wood was captured after two days of heavy fighting on the 10/11th and I was involved in a forthcoming BBC program about this battle. The following are a selection of pictures from the excavations. I don't want to pre-empt the program, so they are fairly vanilla, but may give you an idea of what goes into such a project!


On the way to the woods we stopped off at a church, the location of which I forget, to see some of the graffiti left by soldiers of the Great War, carved into the chalk walls. 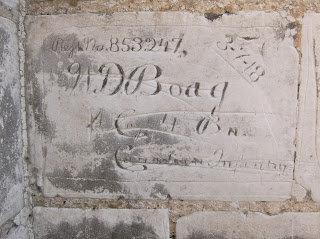 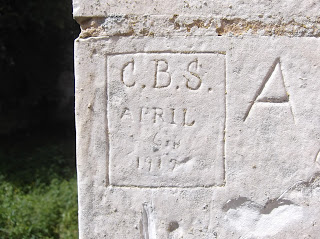 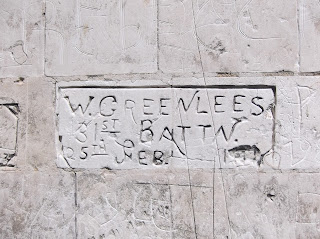 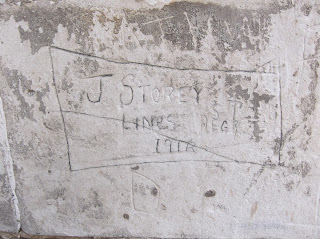 The first trench we opened was a junction of two trenches, one running north to west, known as 'Strip Trench' on British trench maps. The other was an unidentified trench running east to west, so it was hoped that we would be able to work out it's function through excavation. 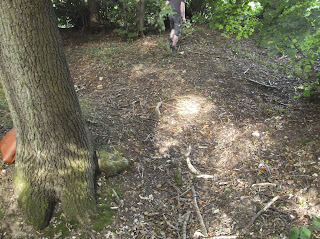 Working alongside men from Operation Nightingale the first soil was removed. 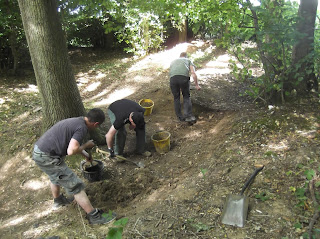 Meanwhile, treks through the wood revealed ordnance still apparent, such as this shell stuck in a tree: 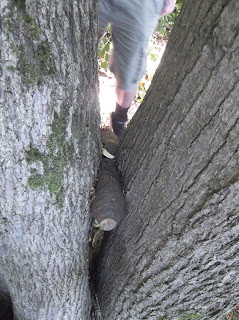 All is not as it seems though, this was probably placed in the tree several years ago by a farmer and the tree then grew around it. 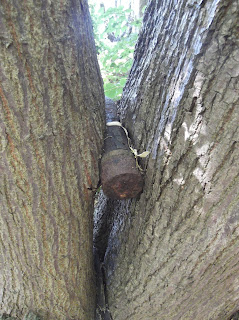 As we were working for TV show, the cameras were ever present. As was Gareth Thomas, the rugby star, who was also working on the program. 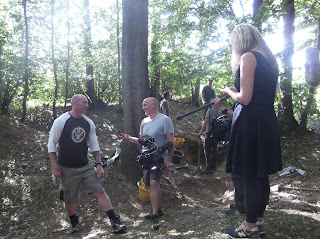 As work continued the shape of the trenches began to take form: 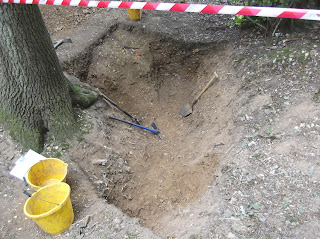 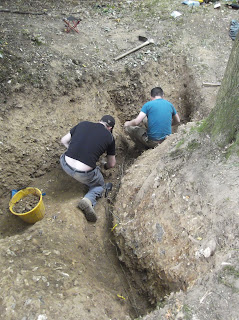 It appears that the unidentified trench was a communication/electricity cable trench, which ran east to west. Possibly for a command centre or artillery position. 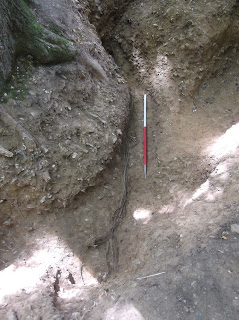 Several strands of cable were still in evidence: 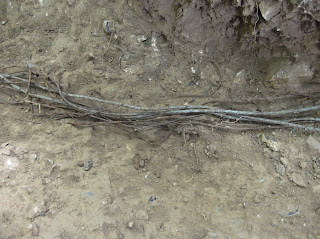 Deep in the woods was a German defensive position, which also didn't appear on British trench maps. 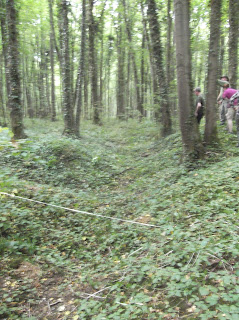 The earthworks were massive, indicating a command position or entrances to dugouts. 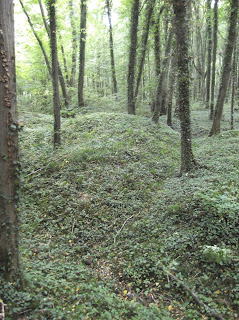 So our final excavation was targeted to try to understand this enigmatic feature. 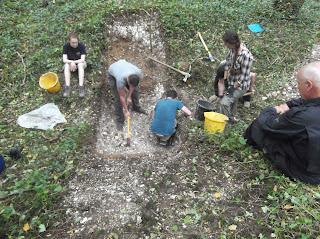 How did we get on? You'll have to watch the program to find out (I think it will be shown on the 100th anniversary of the battle)! It was a great honour to be able to get into the woods and work on First World War archaeology and it was also great to meet Gareth Thomas, who was a spot-on bloke. 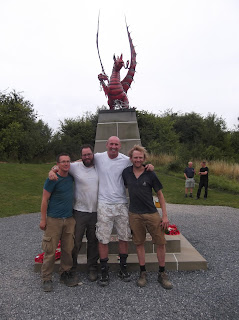 However, the real honour came from working the ex and current servicemen from Operation Nightingale. They wouldn't say it of themselves, but they are proper heroes. 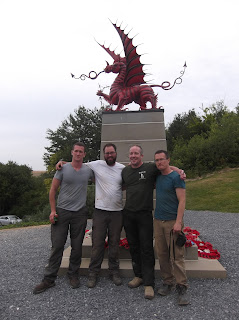 Thankfully the weather stayed on our side until the very last moment when we were caught in a downpour. The summer weather belied the death and destruction that reigned during that attack in 1916. 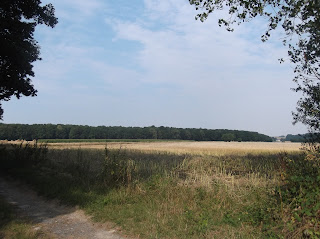 But the remnants of the fighting were ever present: 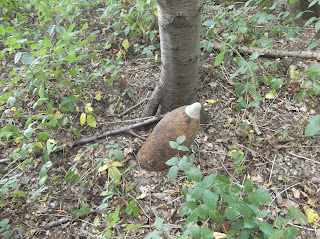 During a two minute silence we held at the 38th Division memorial, I was able to snap this final picture. 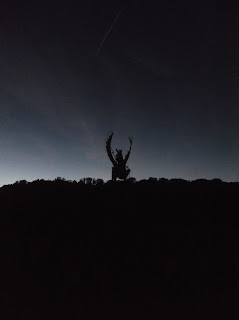