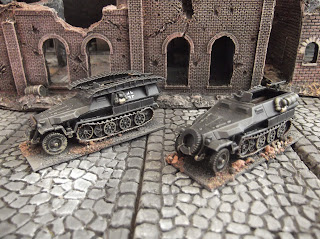 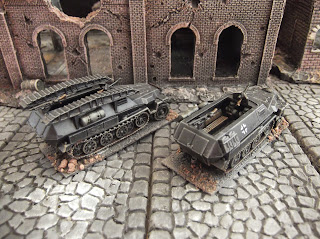 The Engineer's halftrack is the 251/7 Pionierpanzerwagen variant, with assault bridging equipment. I bought a specific halftack of this type from Command Decision, but instead of using the metal body, I attached the ramps to a PSC model, so that the two halftracks models would be similar in size and detail. I'll use the extra Command Decision body for something else in the future. 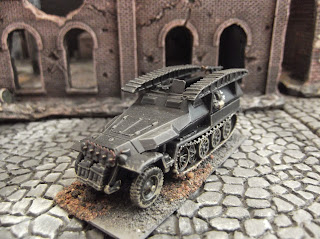 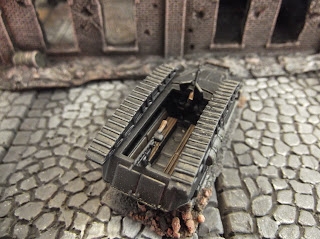 The HQ halftrack is the normal bog-standard variant. I was going to upgrade it to a 251/10 with the 37mm AT gun, but I figured the Germans have enough firepower as it is, so I am going to pretend it is a 251/3 command vehicle with extra radio sets... 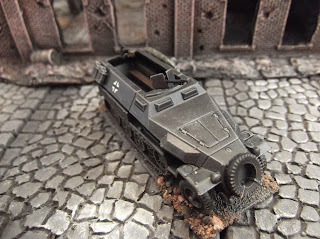 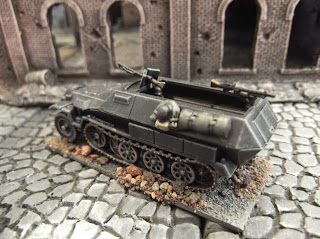 Another week another step closer to finishing. We are not far off now and I can almost see the light at the end of the tunnel...