An Ecstasy of Fumbling

After completing the first trench section, I was enthused enough to complete the other two that came with the set from Early War Miniatures and here is a semi-complete step-by-step account of how I painted them.
The first photo was taken after I had put the sand and PVA over the areas outside of the trench. They had also been sprayed dark brown in the following picture, but you can see that I have also painted the wooden parts of the trench furniture in Khaki Grey. It's looking pretty ugly at this stage: 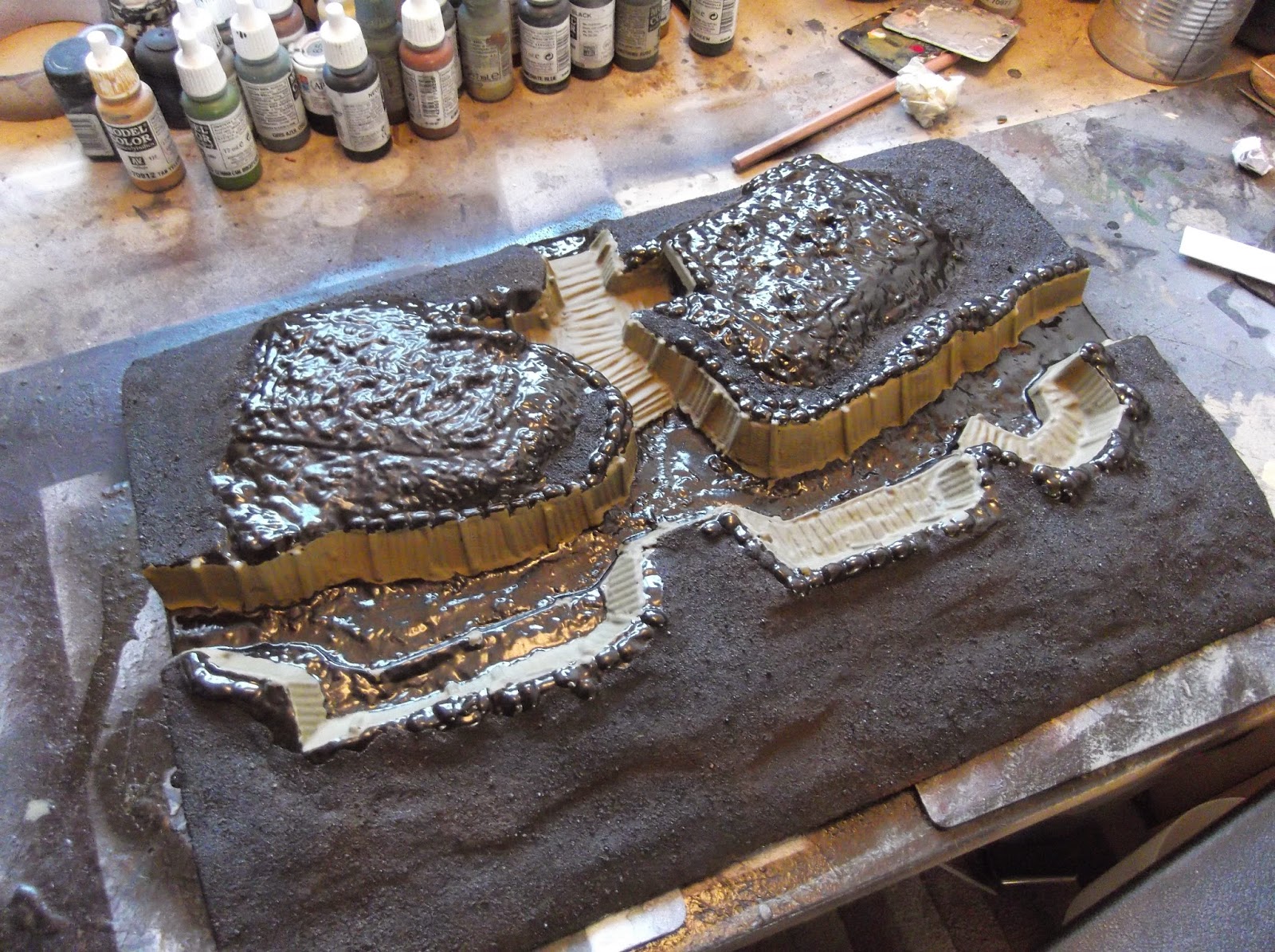 Next up was a drybrush of the entire piece with Khaki, this also included painting all the sandbags in Khaki as well. I also painted the wriggly tin in a rust colour during this stage, but still, it looks like a mess. 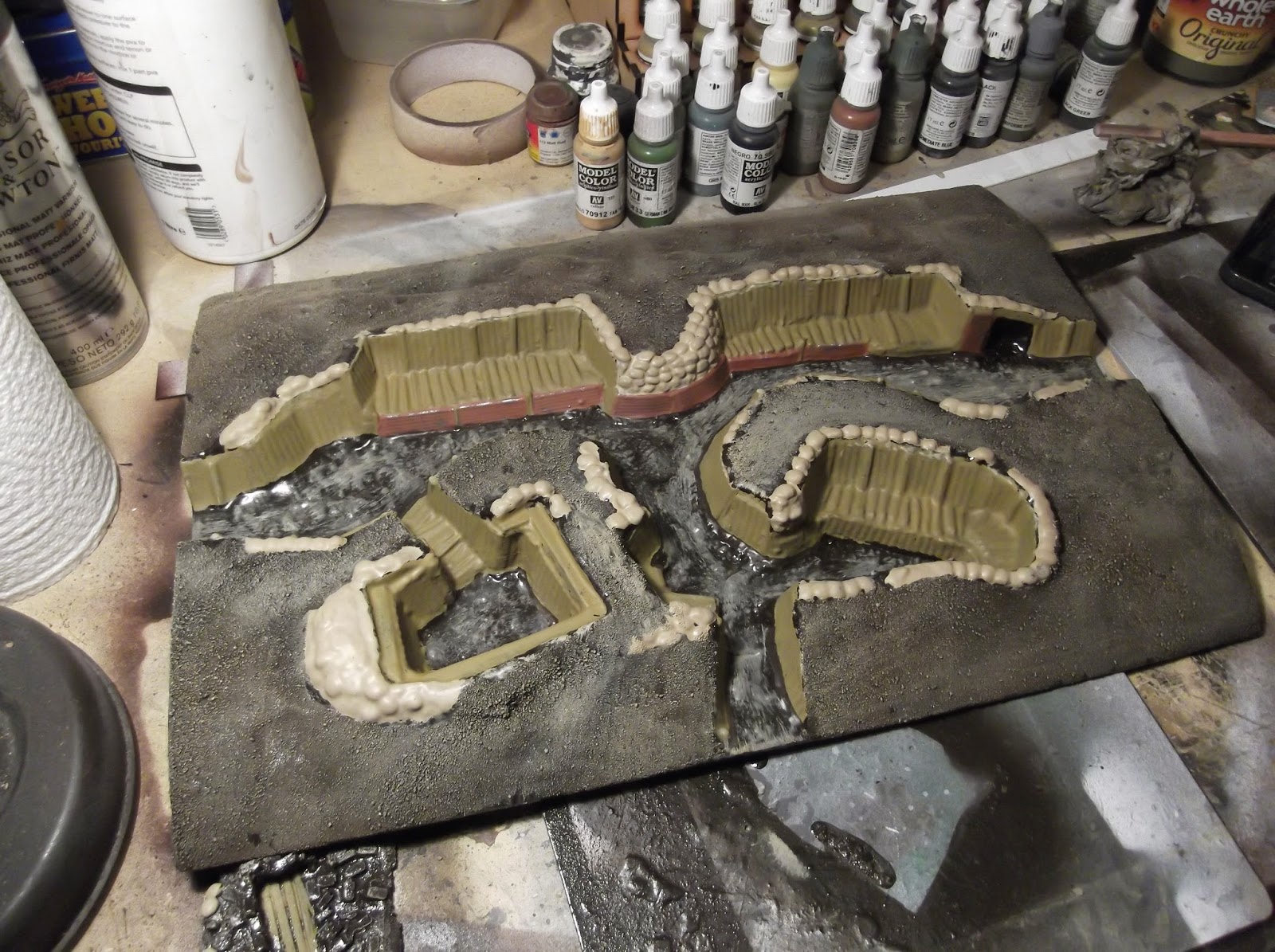 This is the second of the three pieces, this one had more open areas of plastic, the tops of dugouts, which you can see I have also drybrushed in Khaki. This whole process took a couple of hours and was pretty boring to be honest, it's large areas of flat that need to be dealt with! 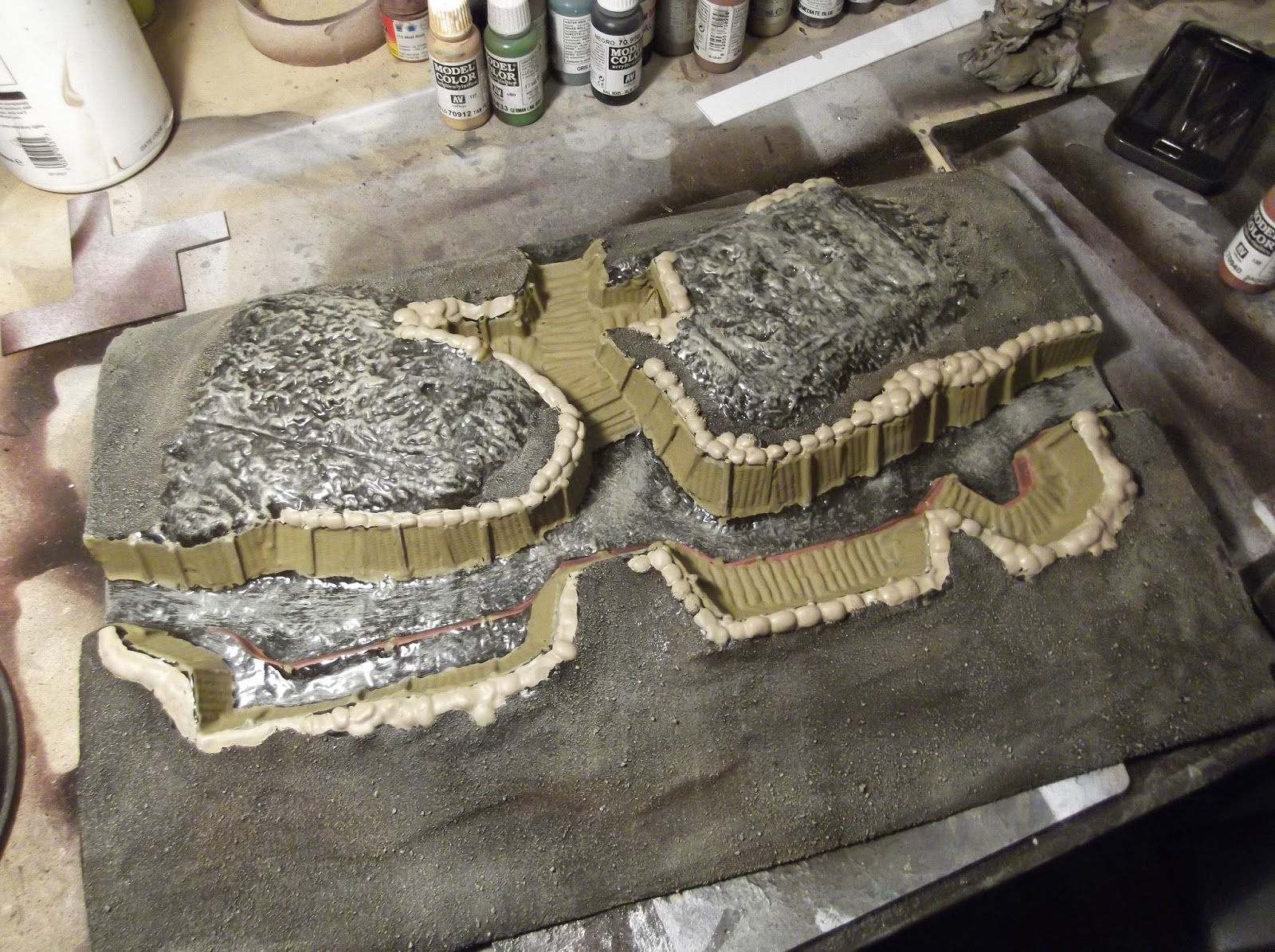 As I said, this is not a complete tutorial, but the next stage was the inkwash the trench furniture and sandbags in Army Painter's Dark Shade, then a drybrushing of German Camo Beige to highlight the wood. Finally, I added clumps of static grass and varnished the entire things. Here are all three finally finished:

In the set I got a couple of roofs for a dugout that is the feature of one of the trenches, the interior is nicely detailed as you can see here: 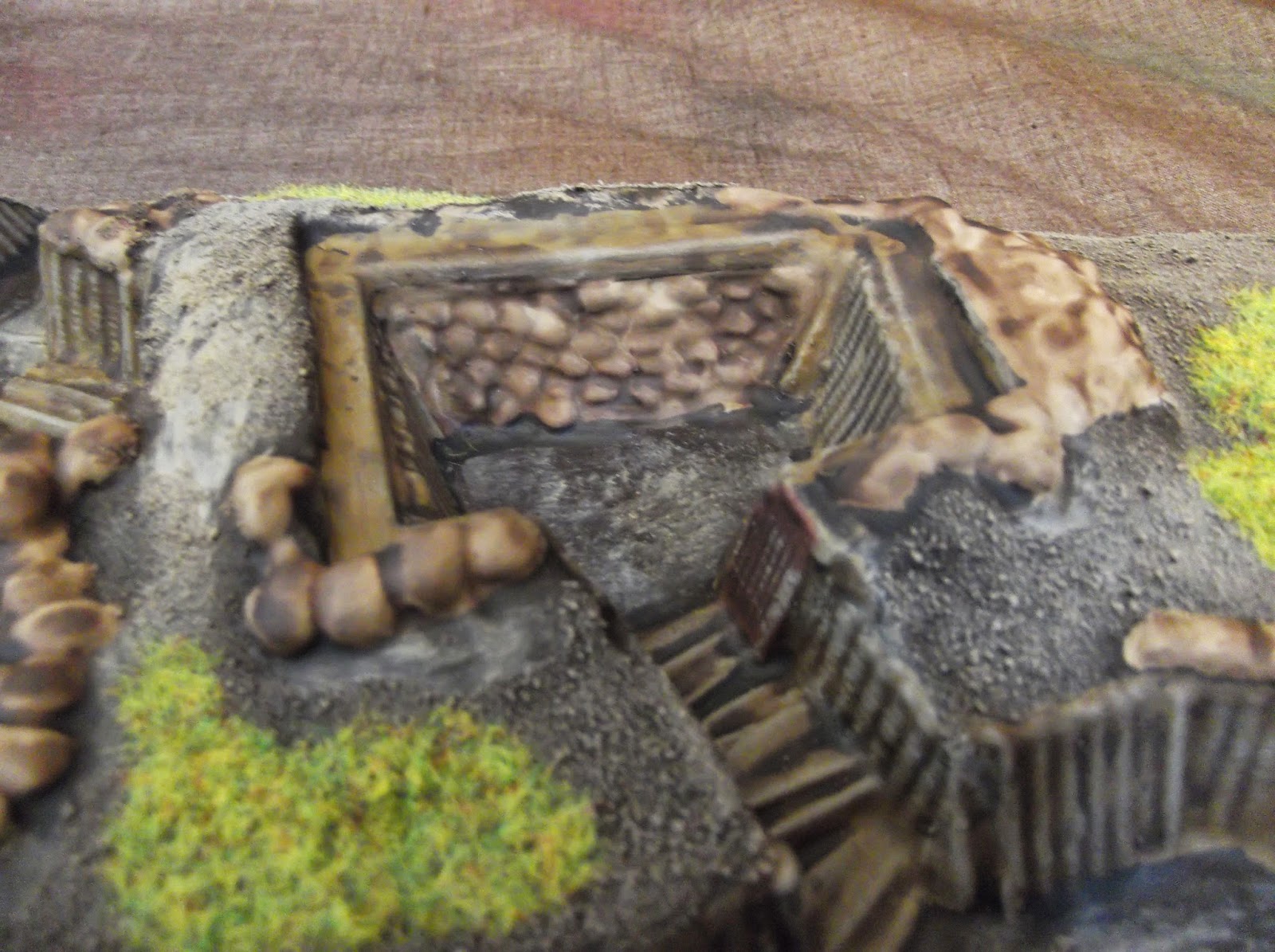 As for holding them together, EWM recommended using rare earth magnets, you can see how I super-glued four to the edges of each piece. They are strong enough to stop the pieces moving about in a game. It took a  little while to get these in the right place. The way I did it was to glue four on the edge of one board, then matched up another board and held the two together with masking tape so they wouldn't slip. I then superglued the corresponding magnets on the other board. 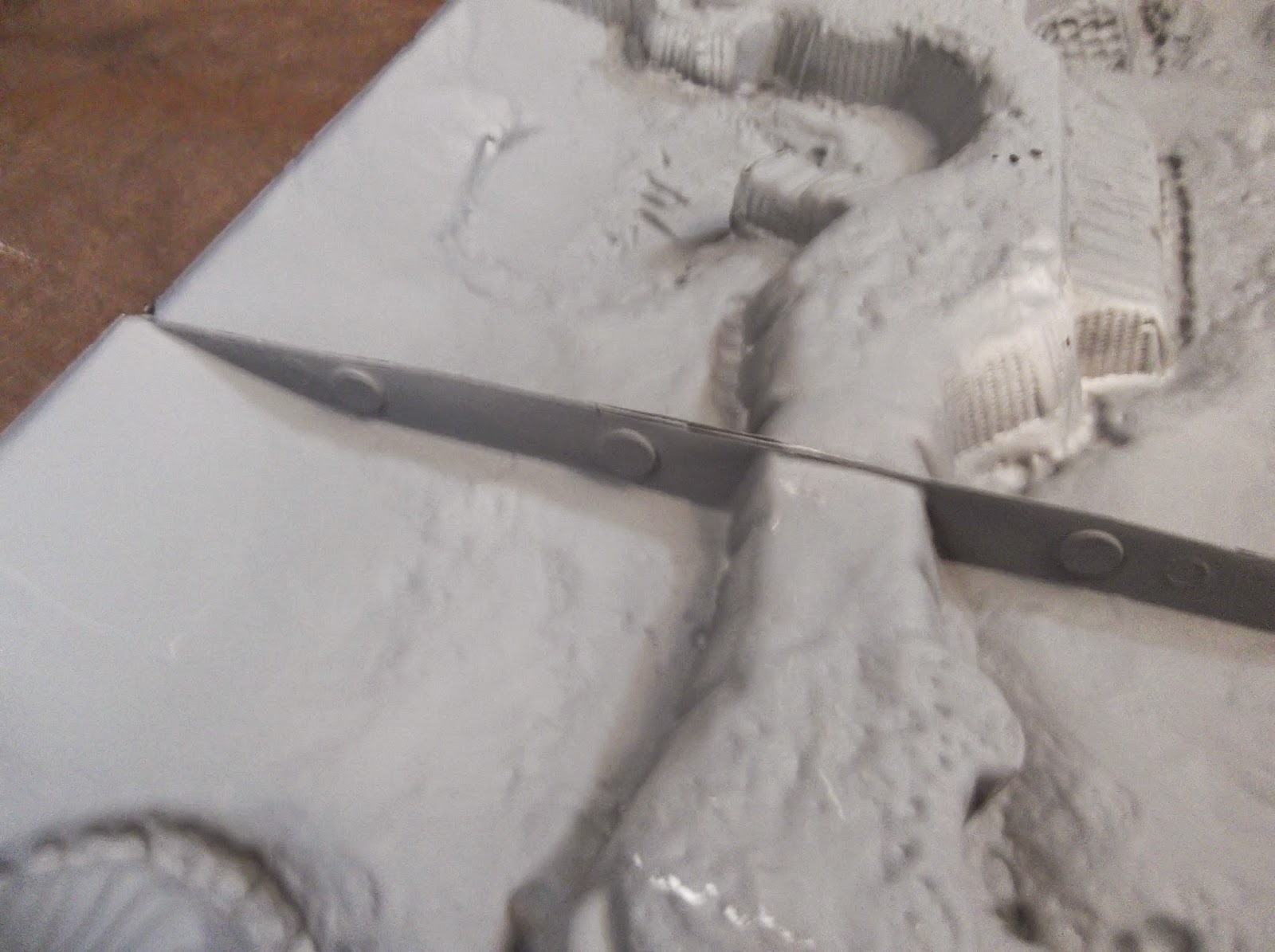 And that was it, pretty simple really, and is how they look when defended by a big group of Germans under attack from British tanks and infantry! 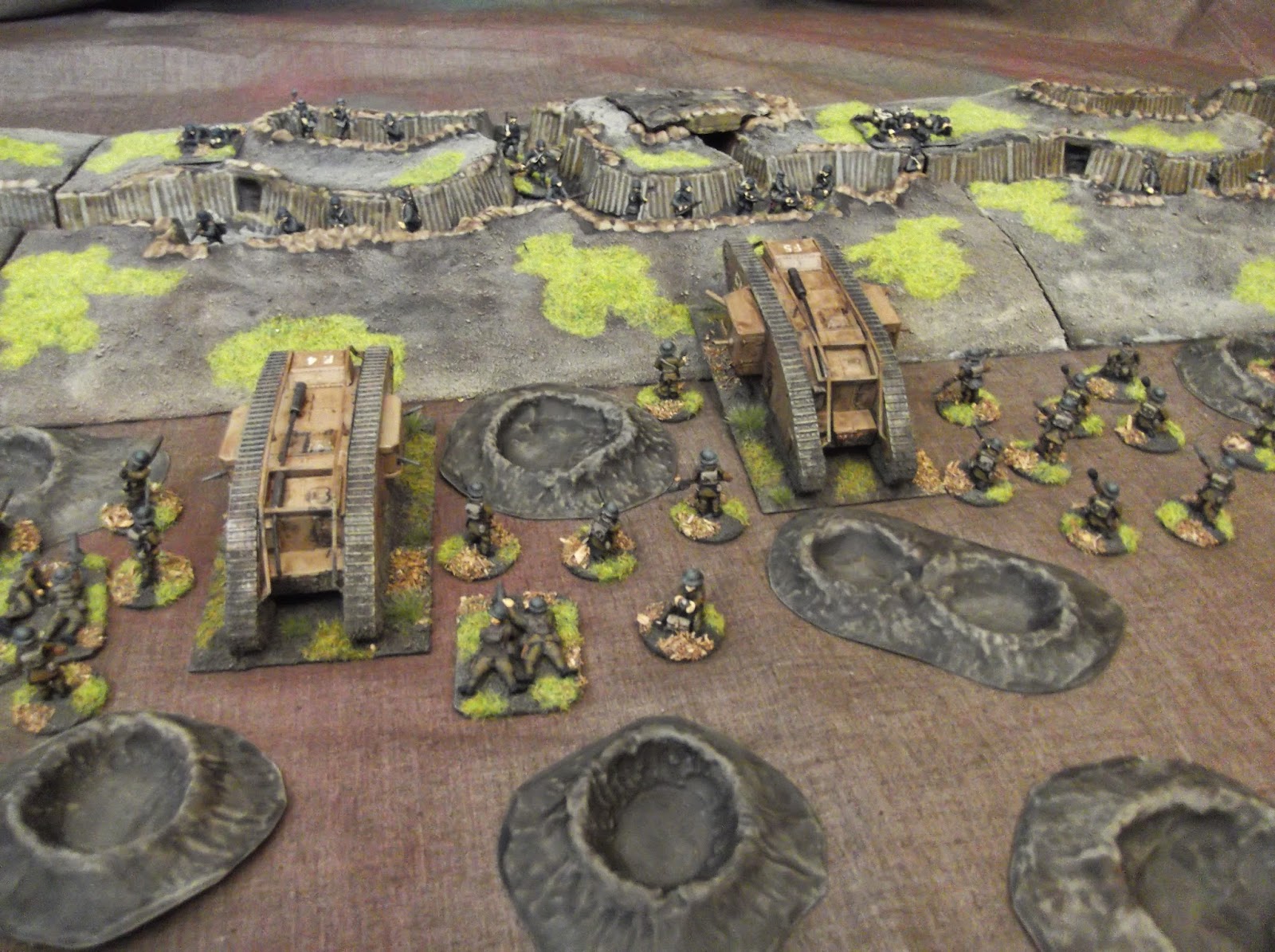 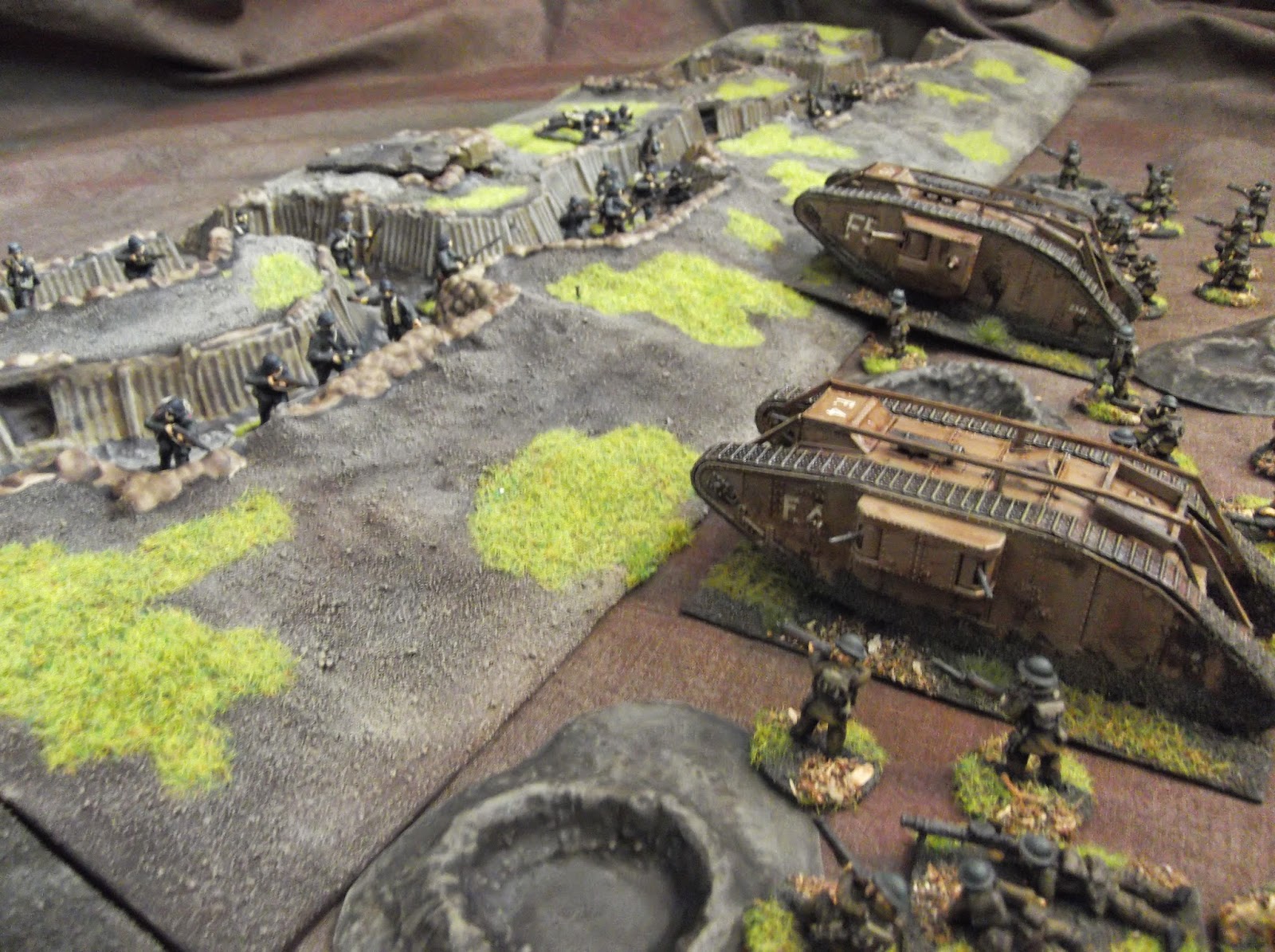 I said it before, these are an excellent product and probably the best trenches that I have seen on the market, I intend on getting some more, to create a second line of defence plus some other bits and pieces like mortar pits and the like. The more I can add to these the more choice I will have for scenarios.

Well, that's it from me for a while, I am off to San Francisco for a fortnight on Saturday, so there will be a break down in communication until I am back, but thanks for reading!
Labels: 20mm Painting Through the Mud and the Blood trenches Tutorial WW1