Waste Not, Want Not

As with all Plastic Soldier Company kits you get a lot of choice for vehicle versions and other extras. Their Panzer 38(t)/Marder III set is no different and you have the choice of building three different types of AFV. However, this leaves you with a lot of left over plastic, but fortunately some of these bits are very useful! As I had built five Marder IIIs, I was left with the turrets of the Pz 38(t)s, but someone on The Miniatures Page had mentioned that they could be used as static defence positions. So, that's what I used them for.

Apparently 'Some 351 PzKpfw 38(t)’s turrets were used for German fortification in Norway (75), Denmark (20), Western Atlantic shore (9), Italy (25), Southwest Europe (150) and Eastern Europe / Front (78)' (source) This was all the information that I needed to knock together some quick defences that could be used anywhere.

Taking a Fames of War medium sized base and increasing the height with some 2mm plasticard, I glued the turrets on top and painted the whole thing grey. I figured that the turrets wouldn't have been repainted and would have been left in their original Panzer Grey. I then added a bit of static grass to the edges of the bases to make them blend into the board. This was a bit of artistic license on my part as I didn't include the rear entrance, which would have been below ground and difficult to model properly. 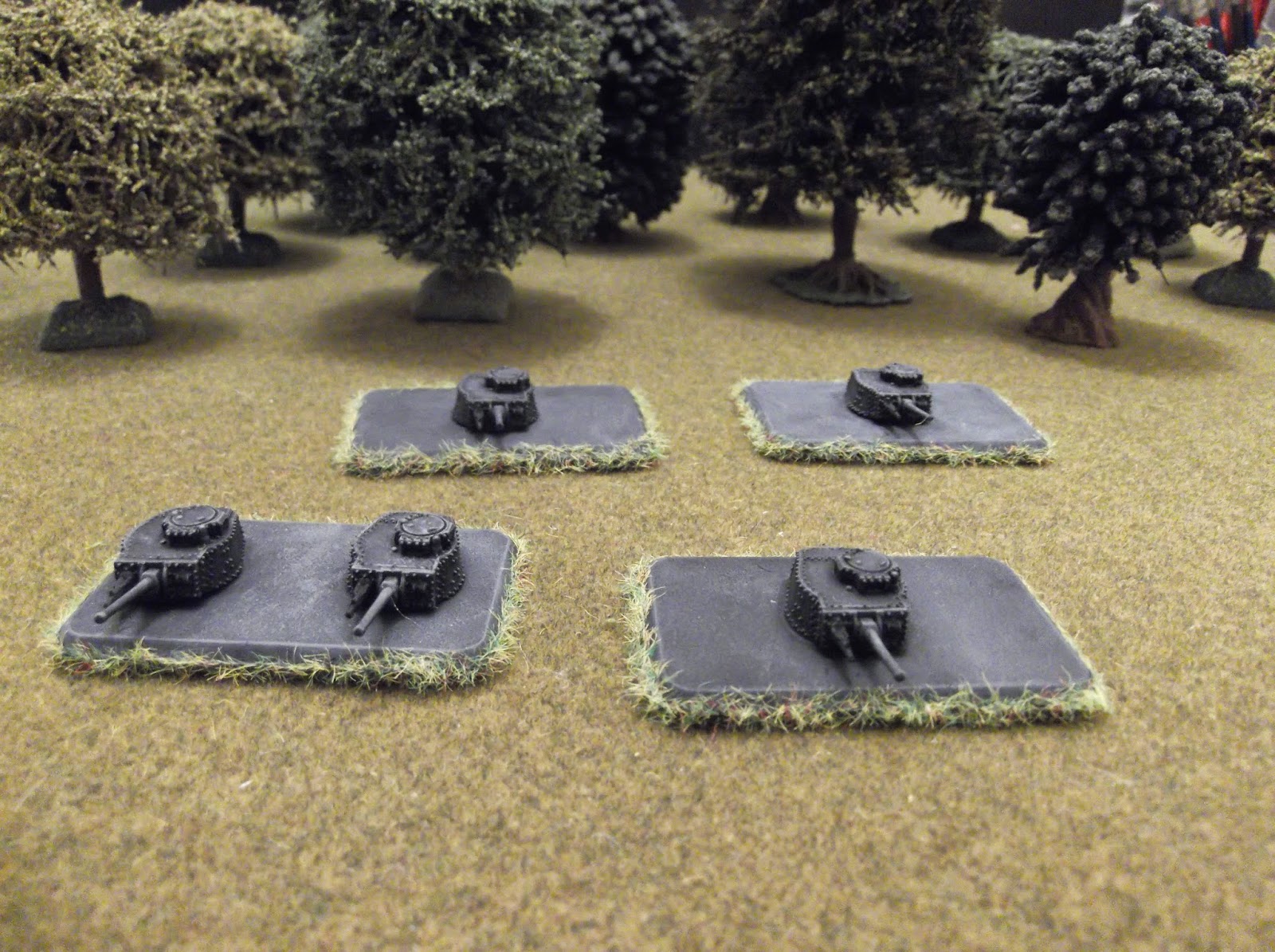 I made one into a duel turreted defence position. I am not sure if this is a real thing, but it looks OK to me. 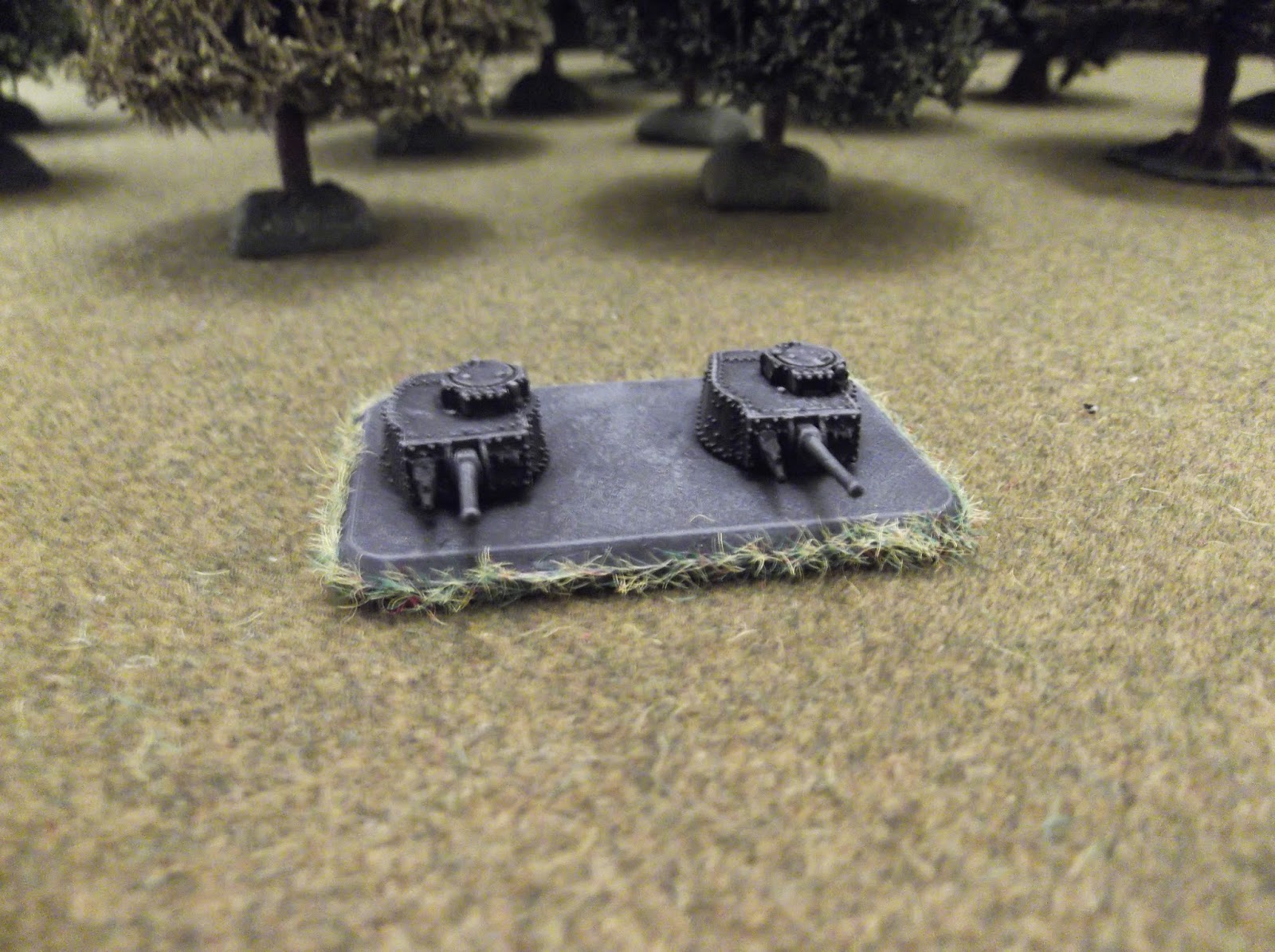 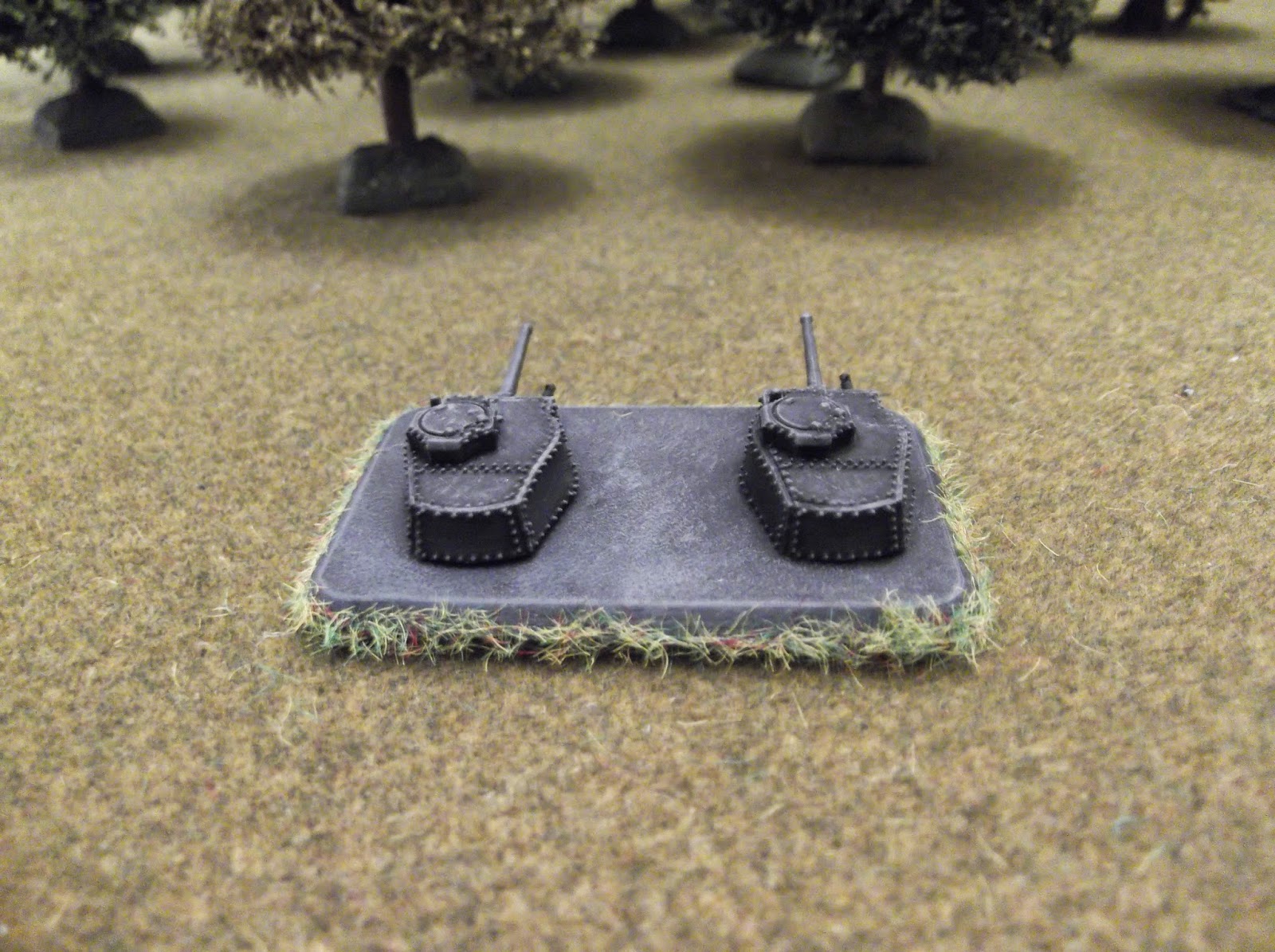 A very simple solution to the problem of left over plastic.Now, I just need to find something to do with those left over 75mm and 76.2mm gun barrels...