With a natural break in the Stalingrad project, I was able to finish off the new Plastic Soldier Company set of Marder IIIs. Two of the remaining four were built as the 138 Ausf H version, to go with the one I had already made, the other two I added to my early war collection as the 139 version. 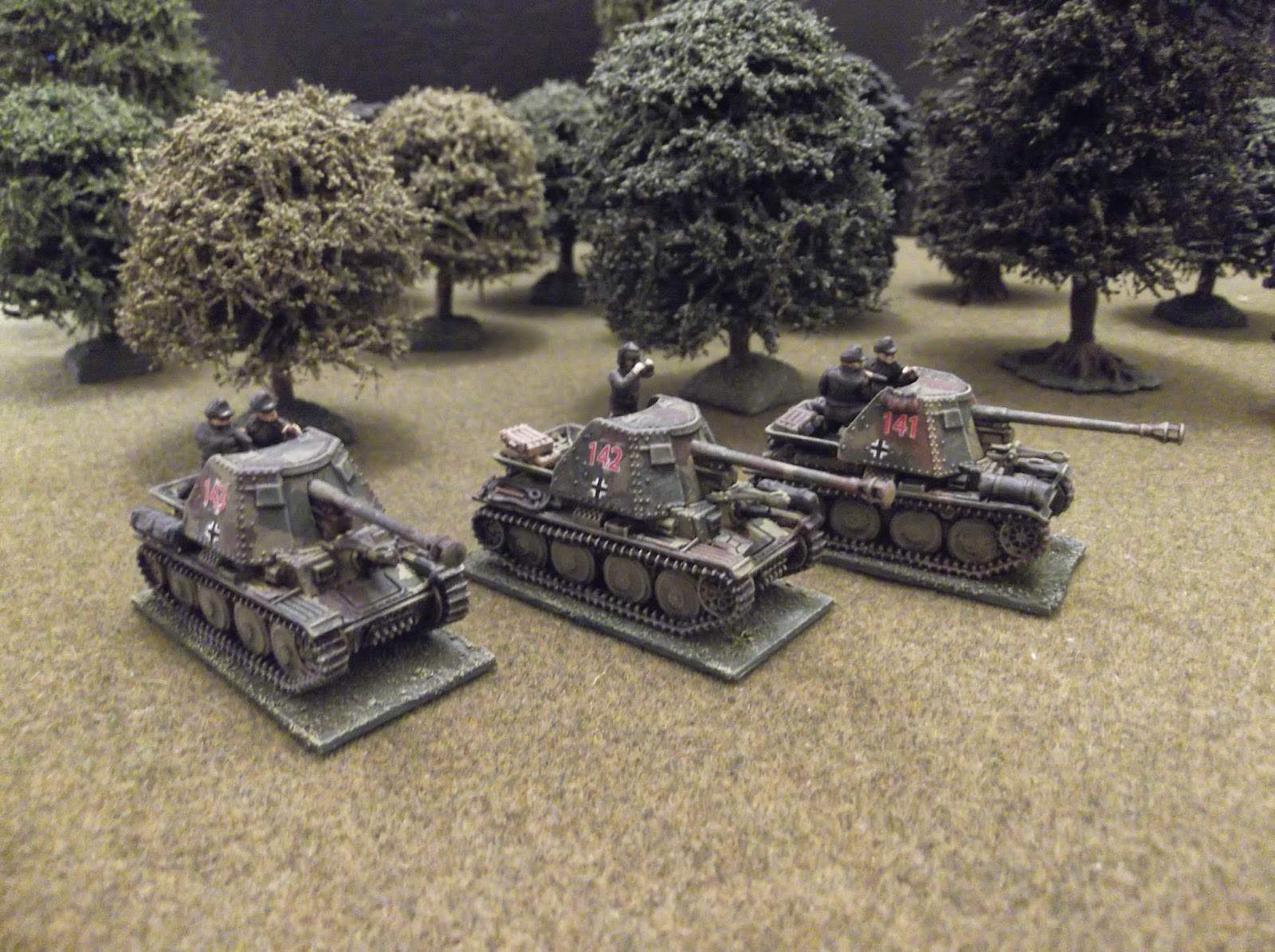 The vehicles were augmented with more PSC stowage and crewmen from the set. 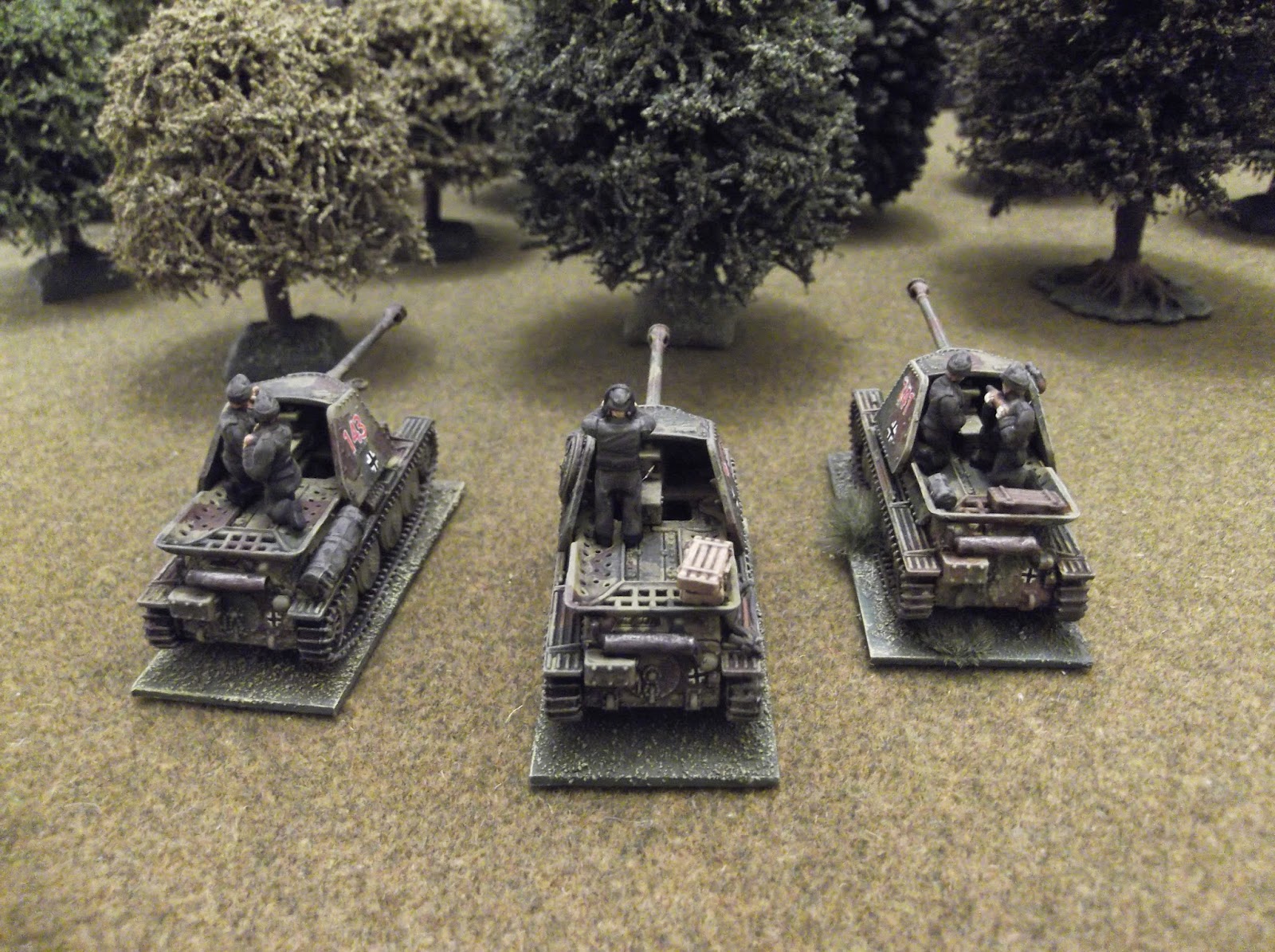 The 138s were a doddle to build, however, the 139s were a little more involved, the gun mount and upper hull had quite a few separate pieces. I noticed that a moulded spade on one of the side plates made it impossible build the vehicle without filing the spade off first. I know that some of the kits were recalled due to a problem that manifested itself in the construction, so I wonder if I ended up with one of these early sets. If I did, it wasn't a problem as I simply filed away the plastic and the piece fitted perfectly. 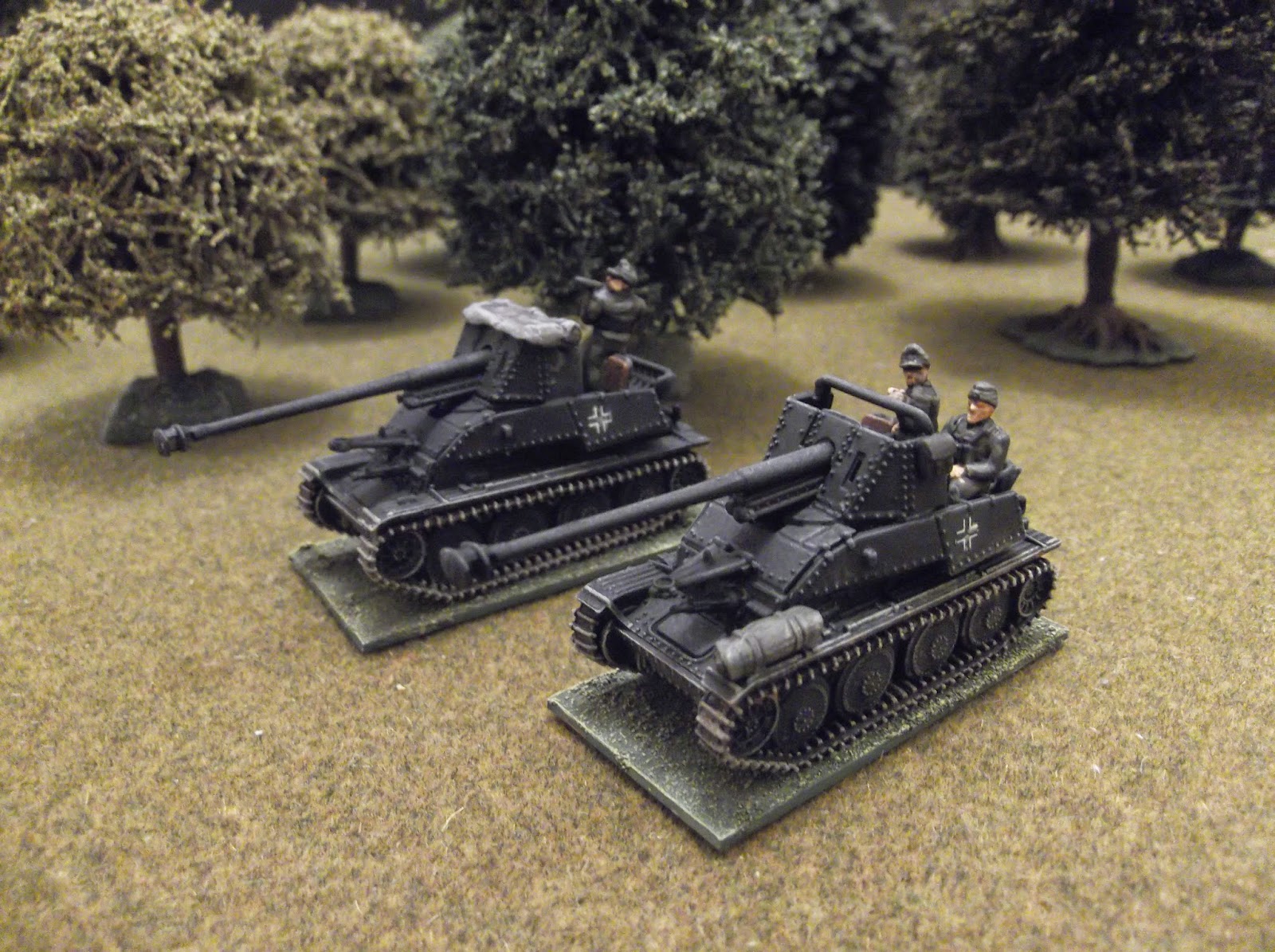 The 139 version is an ugly looking beast, but certainly adds some punch to my early war forces. 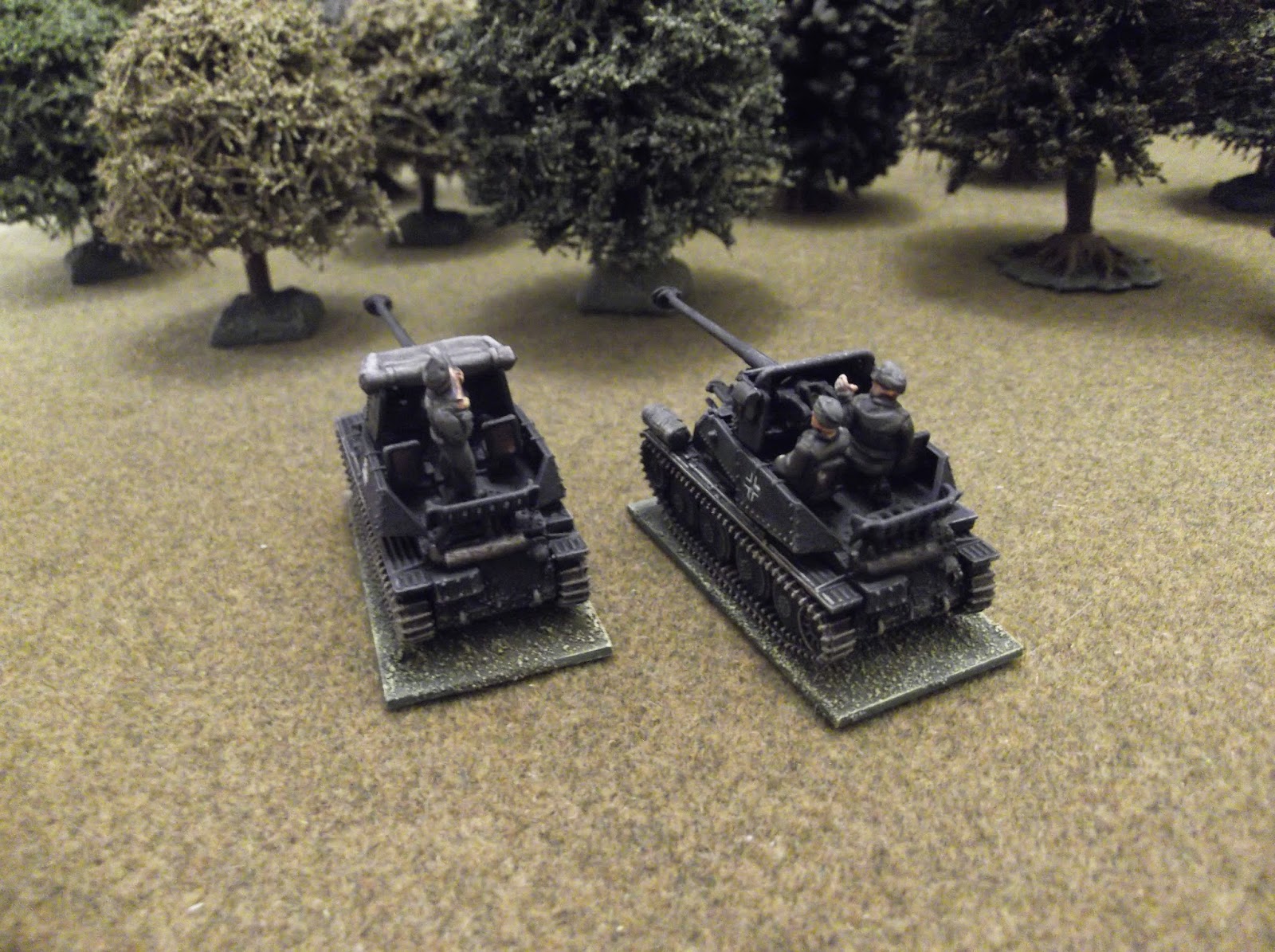 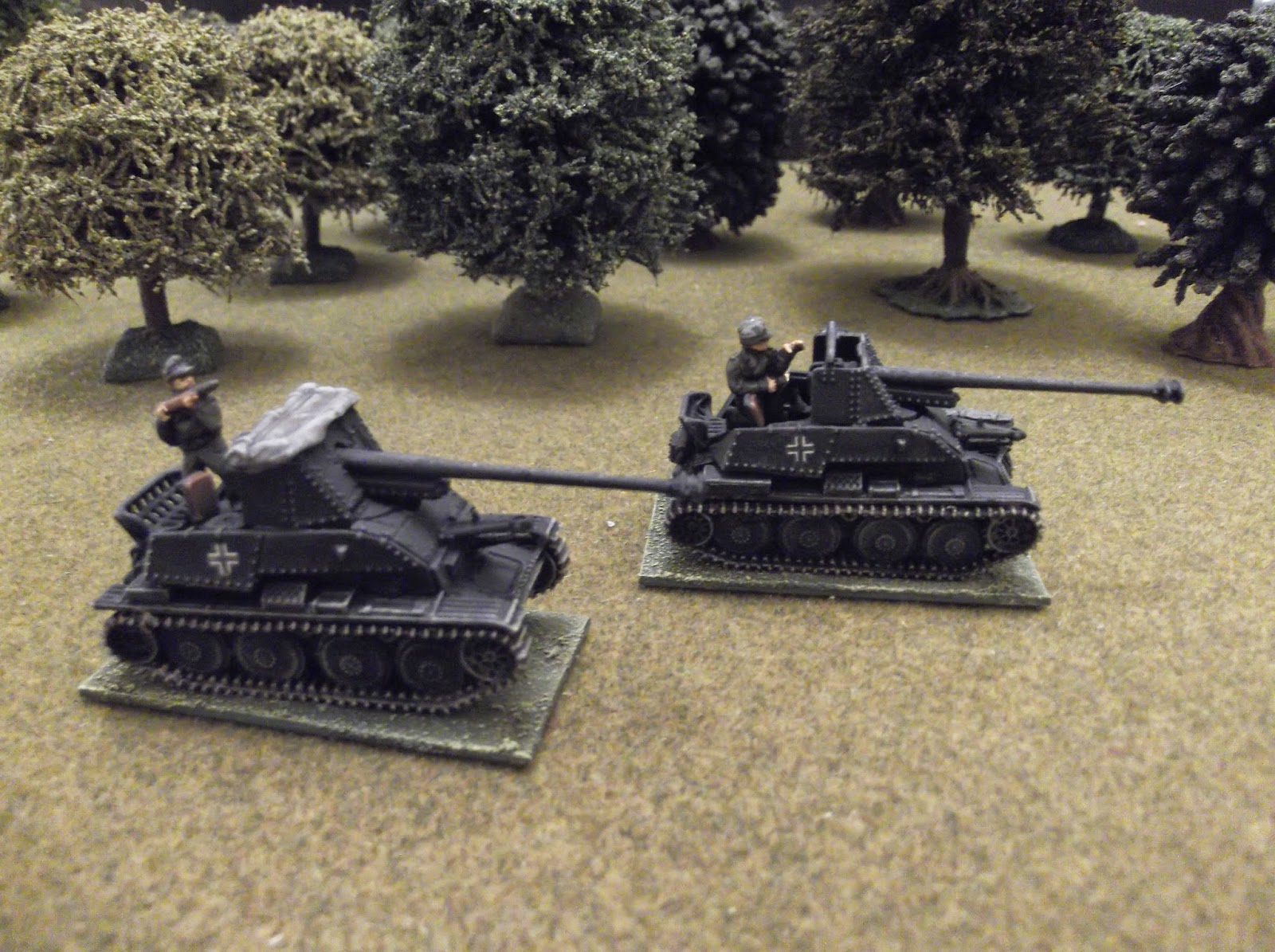 with all the options in this kit, there are a few left over pieces, like the Pz.38(t) turrets, but you'll have to wait to see what I do with those.