With some help from Mr Neil McGurk, I was able to put together the last few remaining Soviet defenders of Stalingrad. He had sent me some AT rifles and some mortars and I added to these by cannibalising some of my older figures. I took some old Command Decision figures with AT rifles and painted them alongside the Peter Pig ones from Neil. 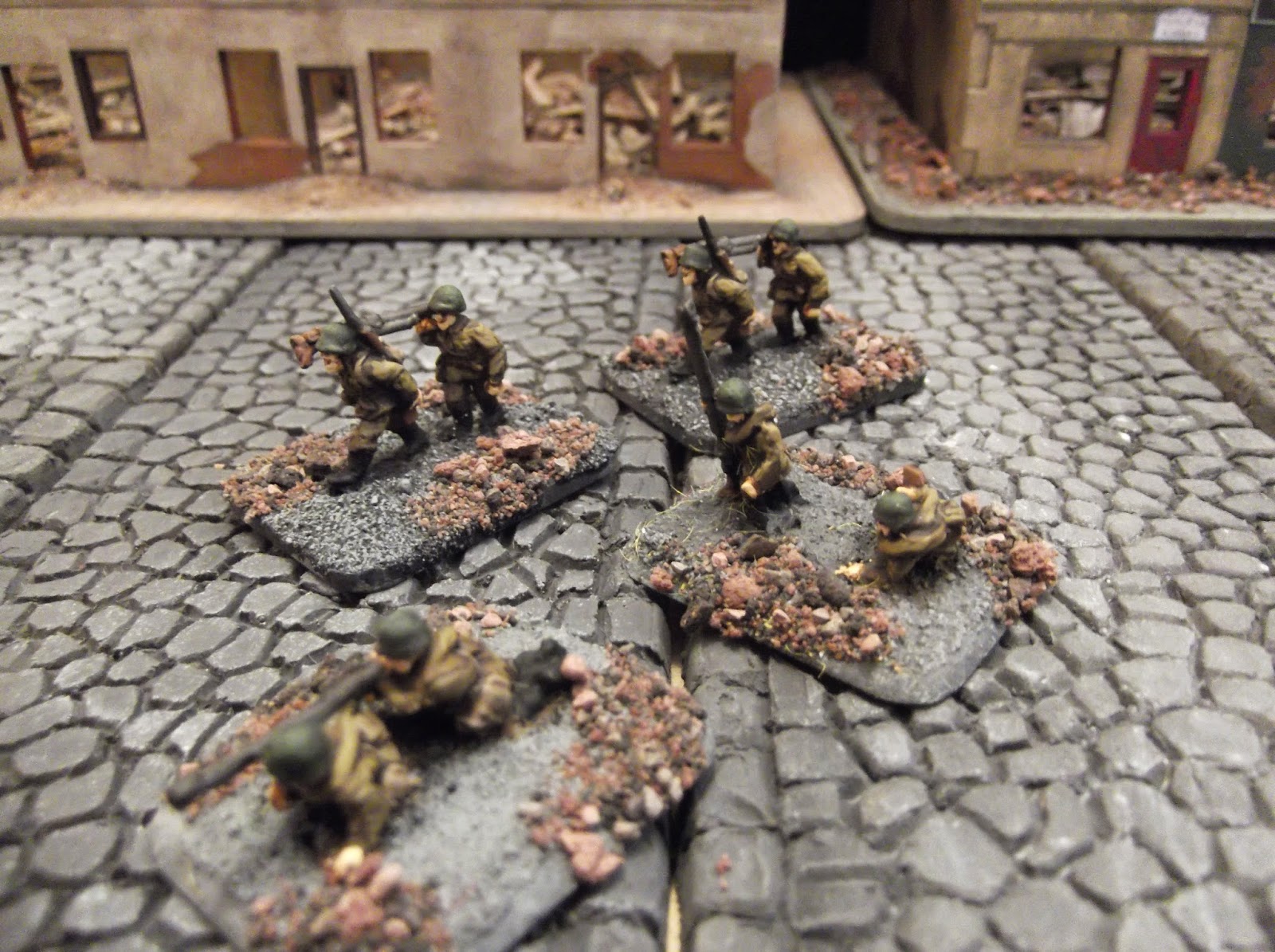 Neil had sent me four crews of the Peter Pig figures carrying the rifle and although I like the figures, I didn't want them all to be carrying their rifles, so I added two Command Decision crews as well. These came from one of my old Soviet Rifle Brigade units. I have two of these massive units and rarely get to field even one, so two AT rifles won't be missed. 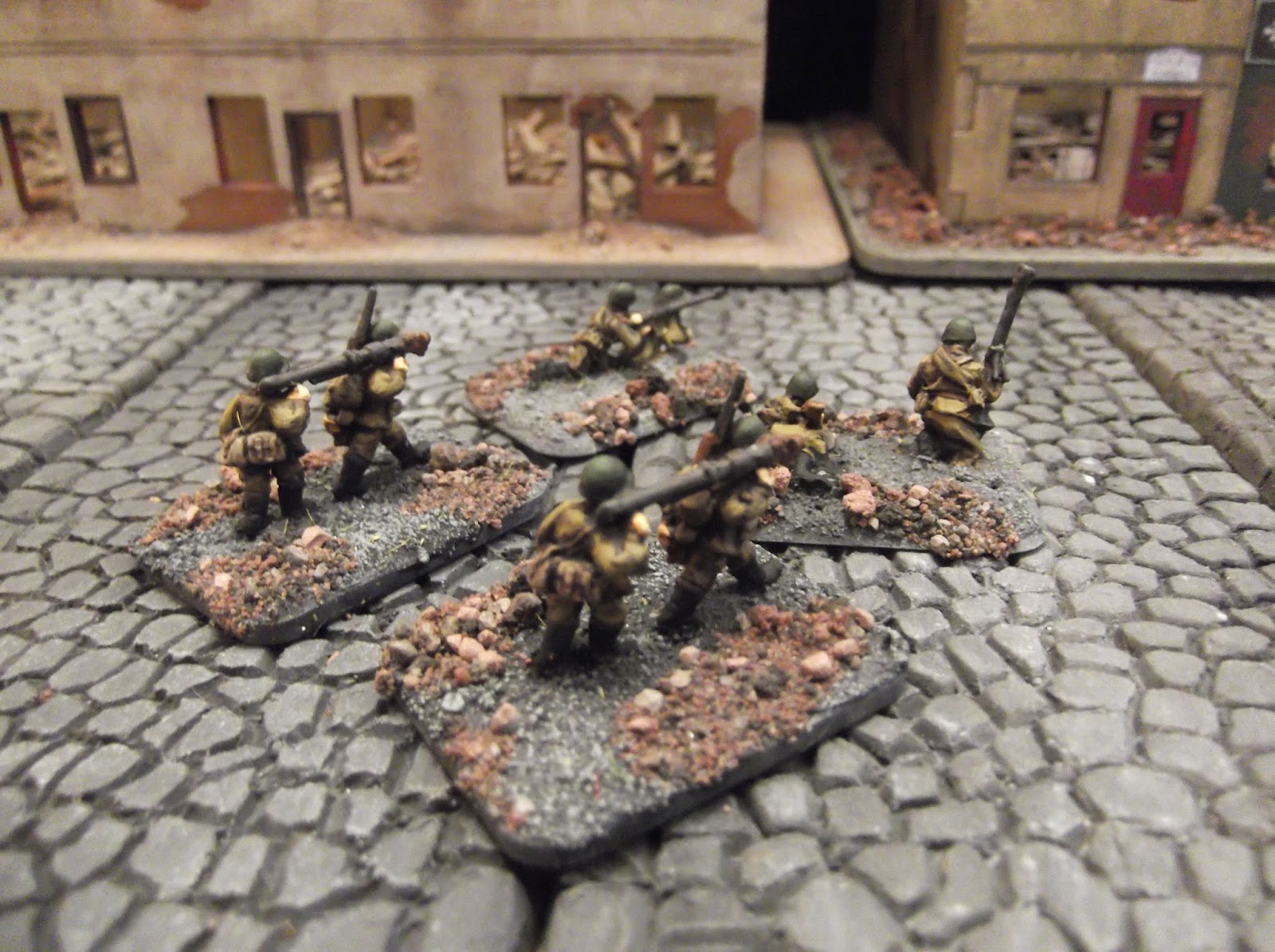 Amongst the other things that Neil sent was a couple of 82mm Mortars and crew, but I actually needed three to finish off the close support for the Soviets. So I took a spare Peter Pig 81mm German mortar that I, fortunately, had kicking around and used that as the last mortar for these guys. 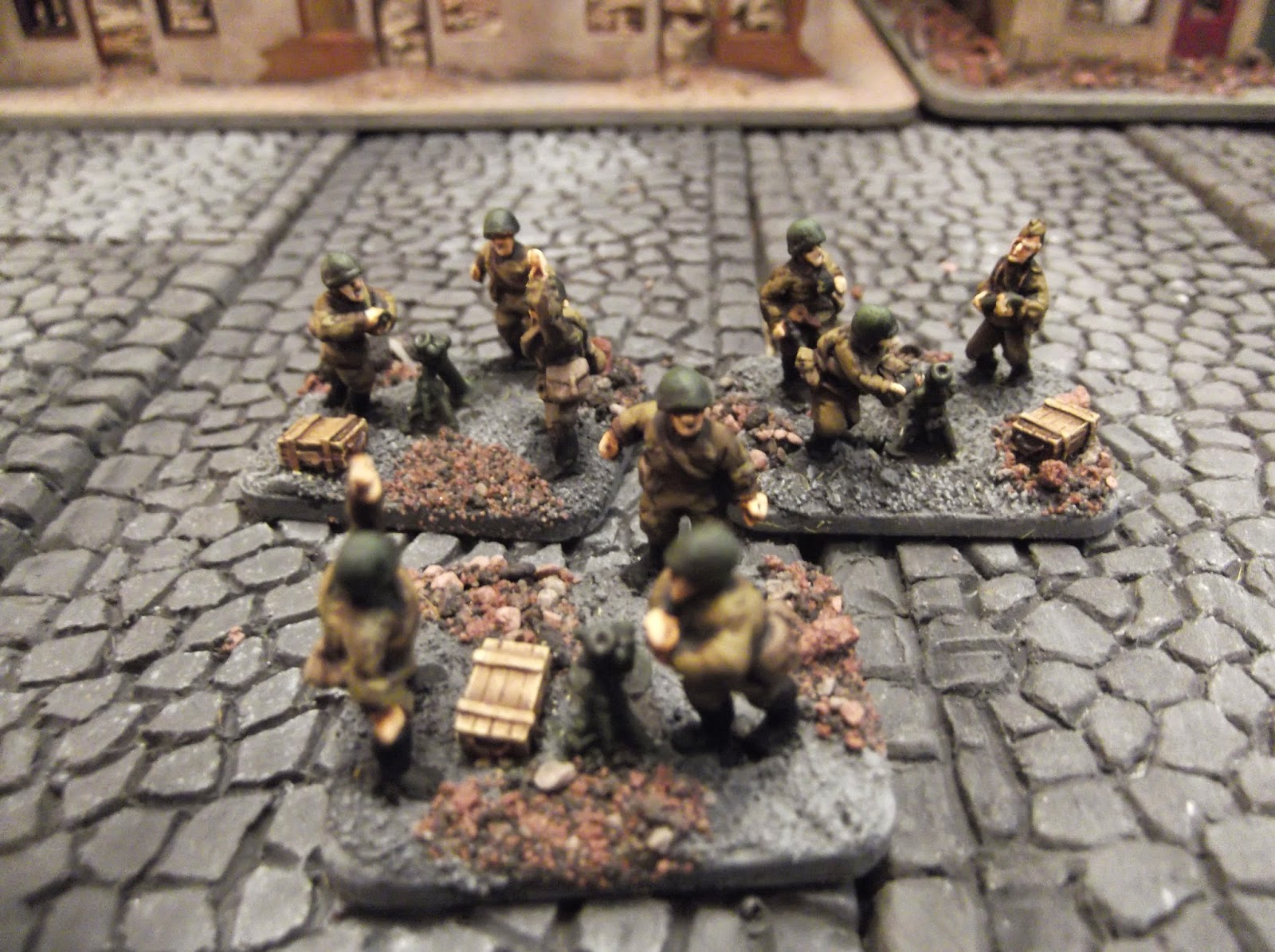 The eagle-eyed amongst you will note that it is the one on the right, with the square baseplate. I figured that the Soviets would have a stockpile of captured equipment and would be using them against their former owners. 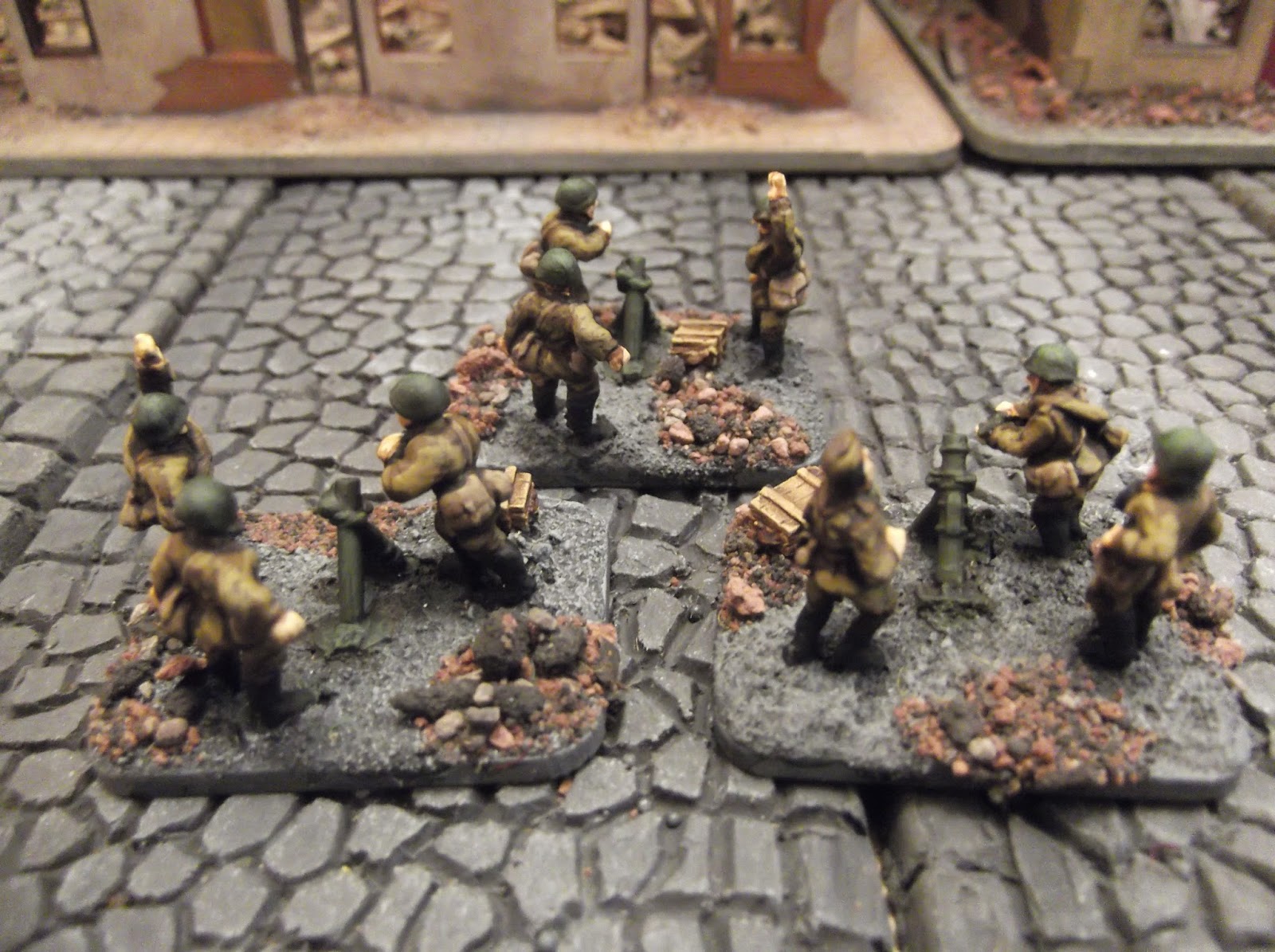 Softly, softly, catchee monkey, as the saying goes and I am so close to finishing the Soviets I can almost touch it. I still need to buy some AT guns, but all the other aspects of the force are ready except the quad AA Maxim guns, which will be finished soon.

As ever, the rubble I use on the bases is for sale HERE on EBay, please take a look!