OK, I lied. I previously told you that I had finished off all the German infantry for the Stalingrad project except a FOO. It seems this wasn't true and as I was going through the lists for the four millionth time I noticed that I was still missing another small unit. Namely the Divisional HQ of the 14th Panzer. OK, this only amounts to six figures, but still, I had overlooked them. I painted them at the same time as the FOO: 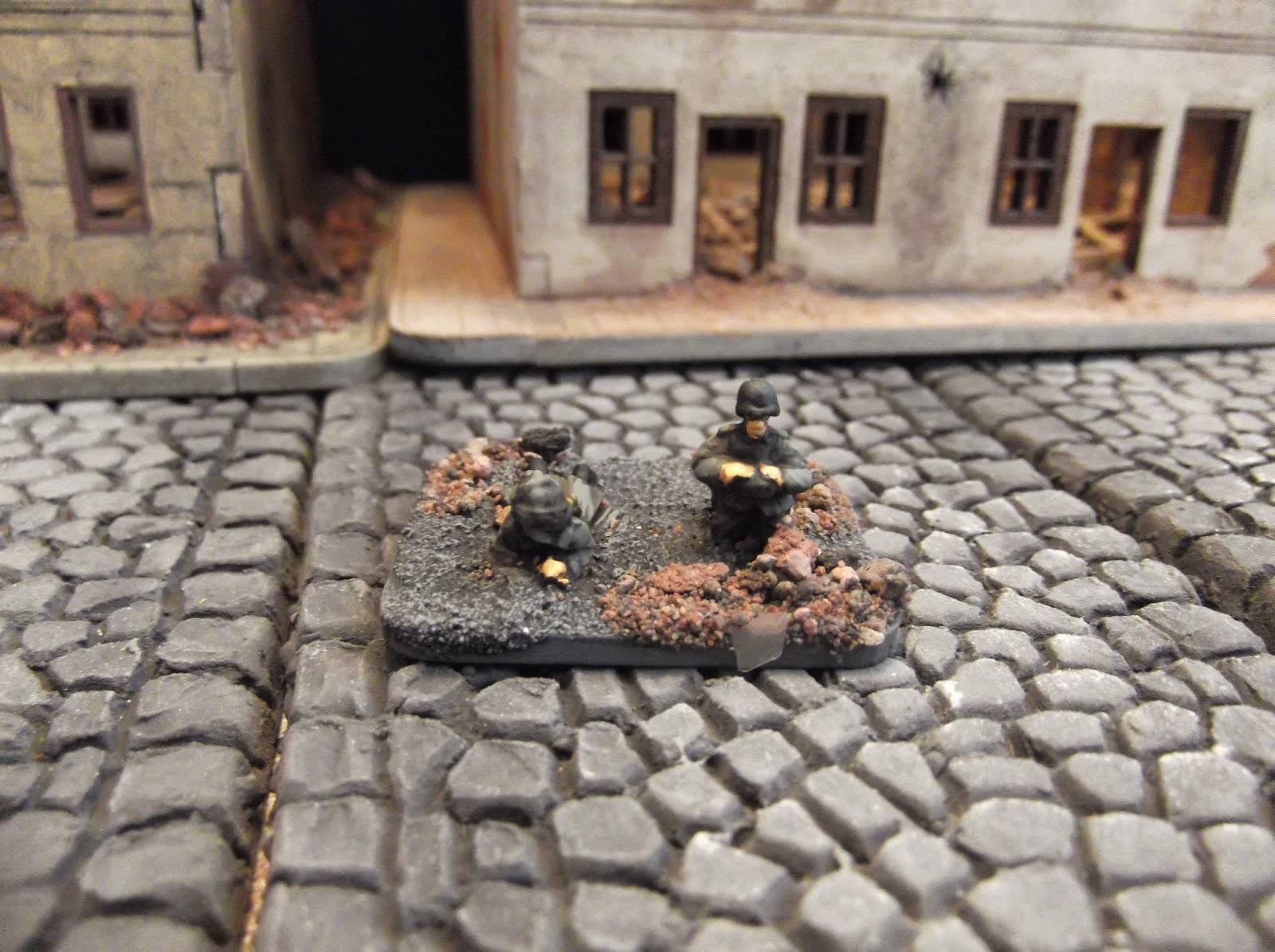 These figures came from both Peter Pig and Command Decision, both of which were drawn from the lead pile. The Command Decision figure lying down also appears to be wearing a camouflage face covering, so he's perfect for a spotter. 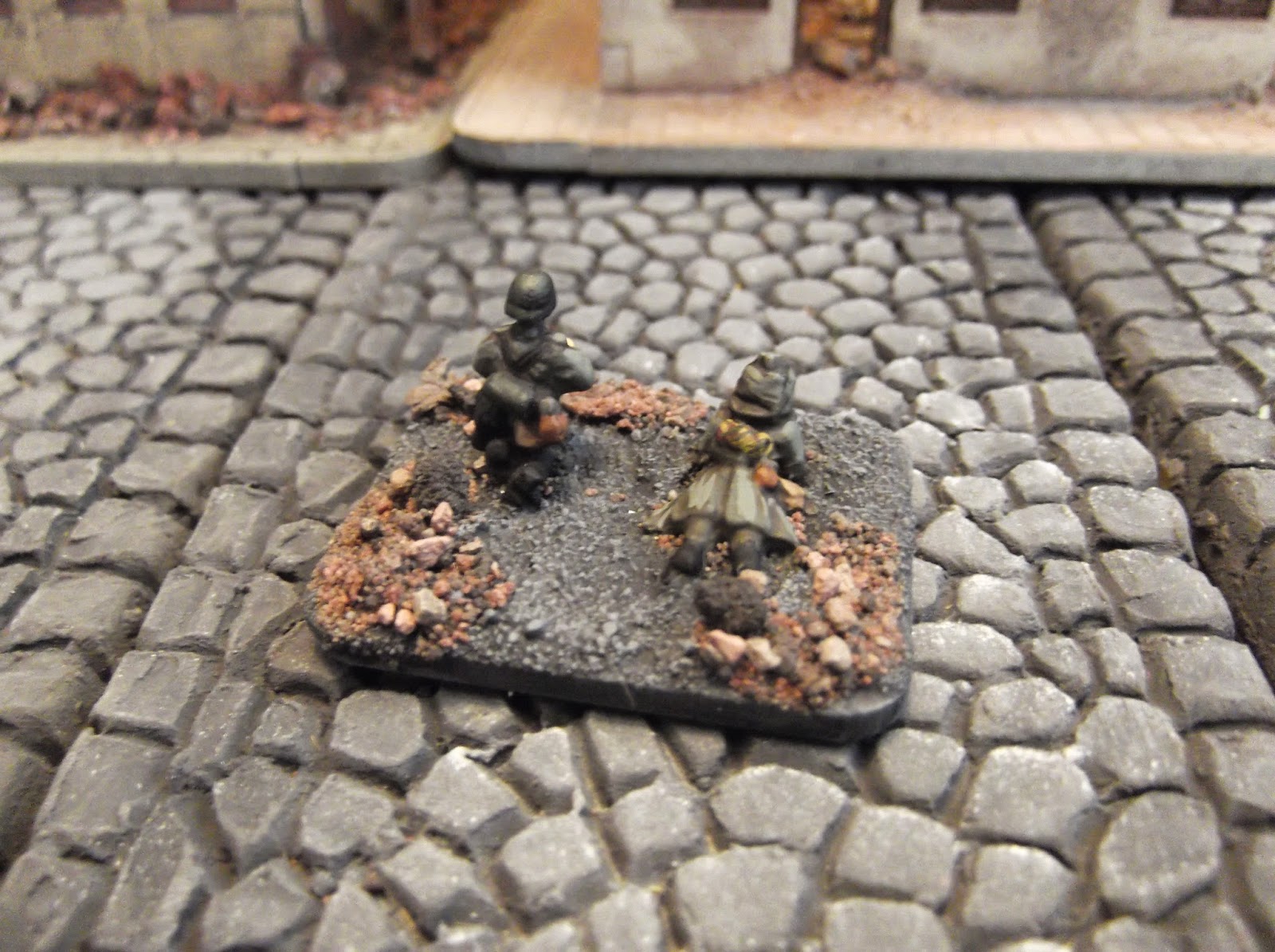 The 14th Panzer Div HQ was an amalgamation of some left over Plastic Soldier Company figures, some Peter Pig figures and even some Command Decision figures. So this tiny unit was the most mixed unit in the entire German force! 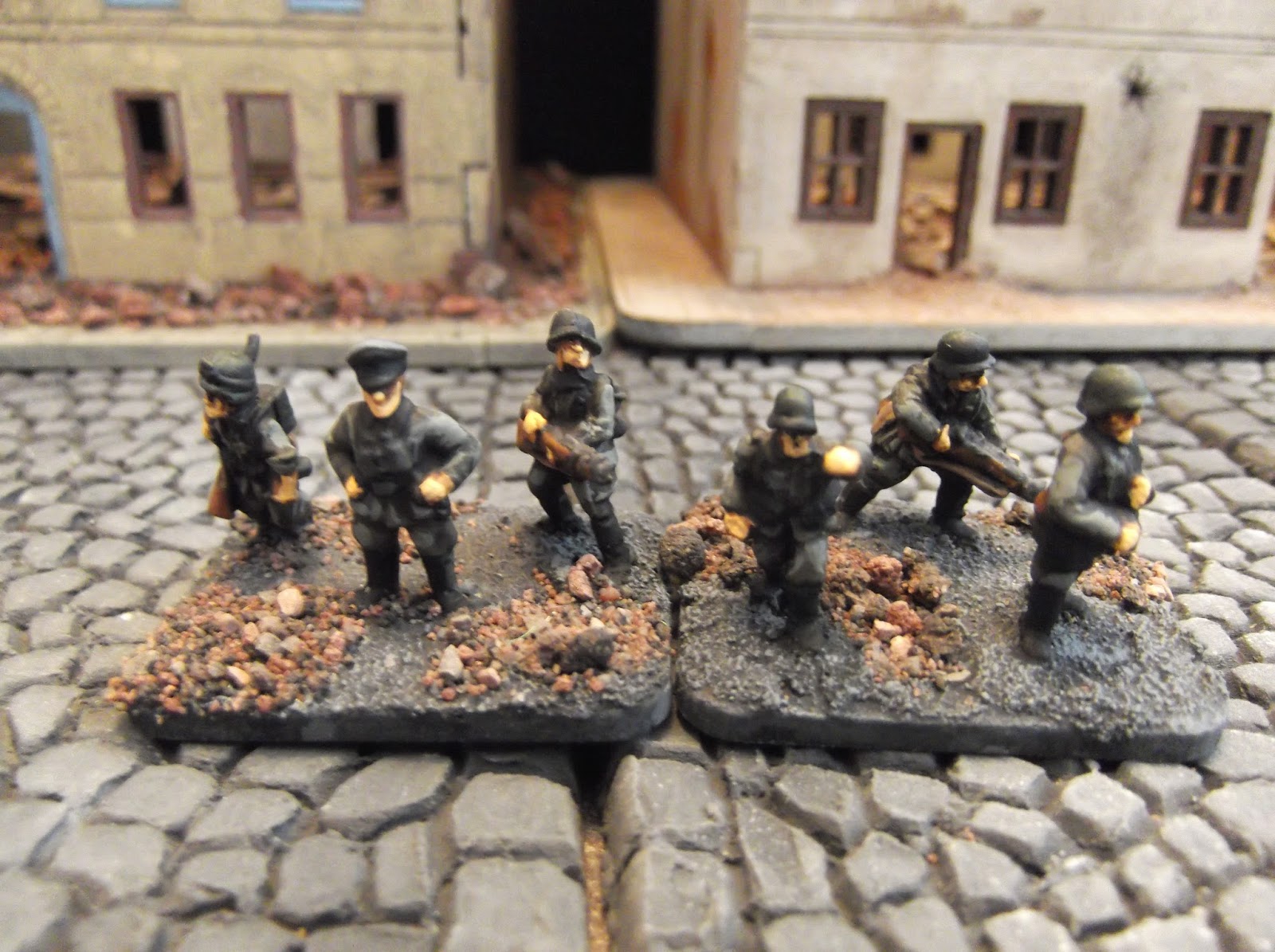 These fellas just need a SdKfz 251/1 to zoom about in now! 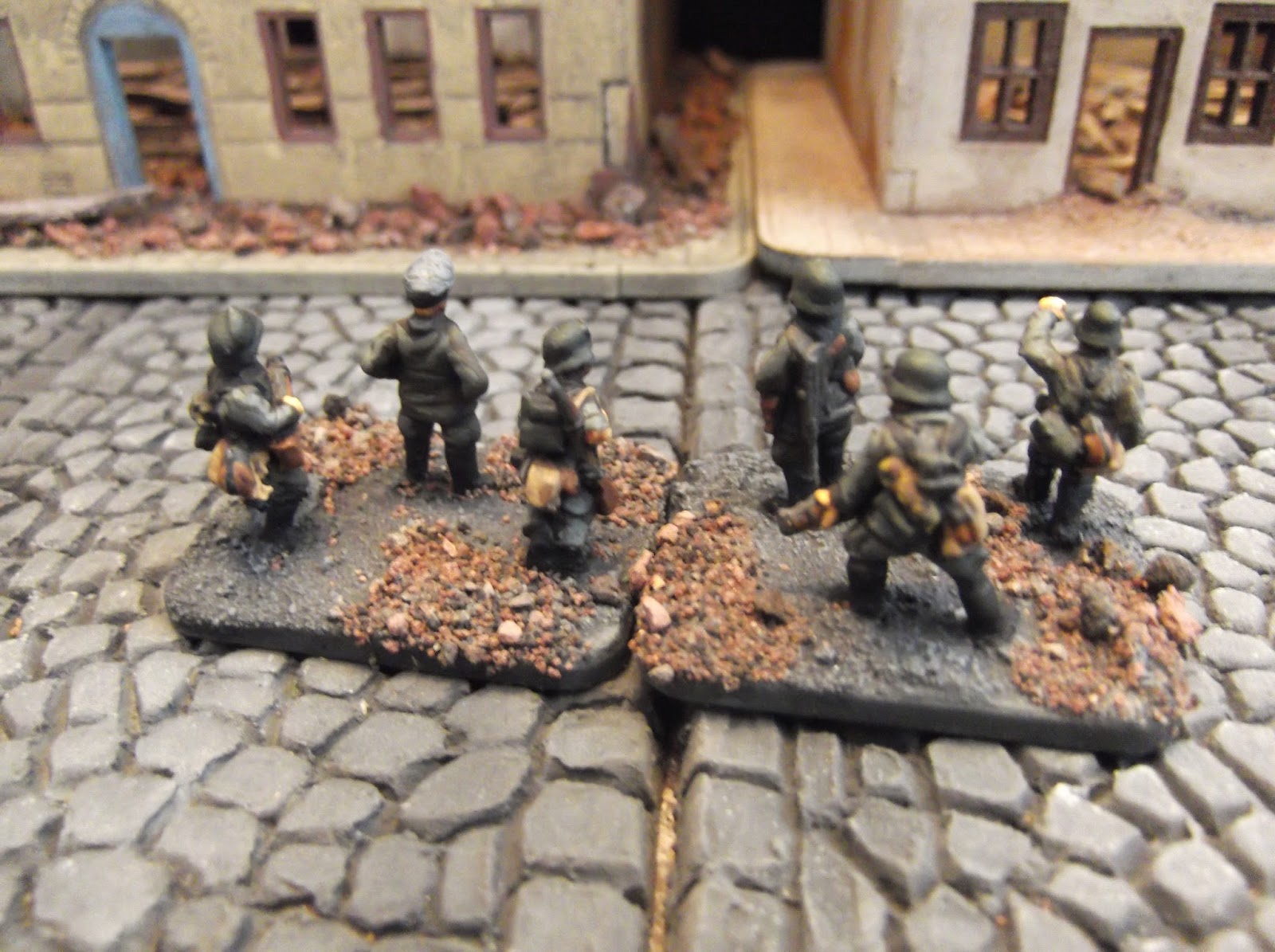 So, I have finally finished the German infantry. I have checked, rechecked and trichecked the lists, but I can't see any missing formations. I'm still holding out for the vehicles, so until I have saved up for those, this project is, unfortunately, on hiatus for a wee while. I'll pick it back up though asap, so bare with me!

And finally, as always, the pre-painted rubble I use on my bases is available for sale on EBay, HERE.