Along with the other support units for my Soviets at Stalingrad, I bought two Quad Maxim AA machineguns. They came from Peter Pig and are a new addition their range and you get two in each pack although I only need one for the Stalingrad lists. The second one was painted with an urban base as well, just to give me more choice in the future. 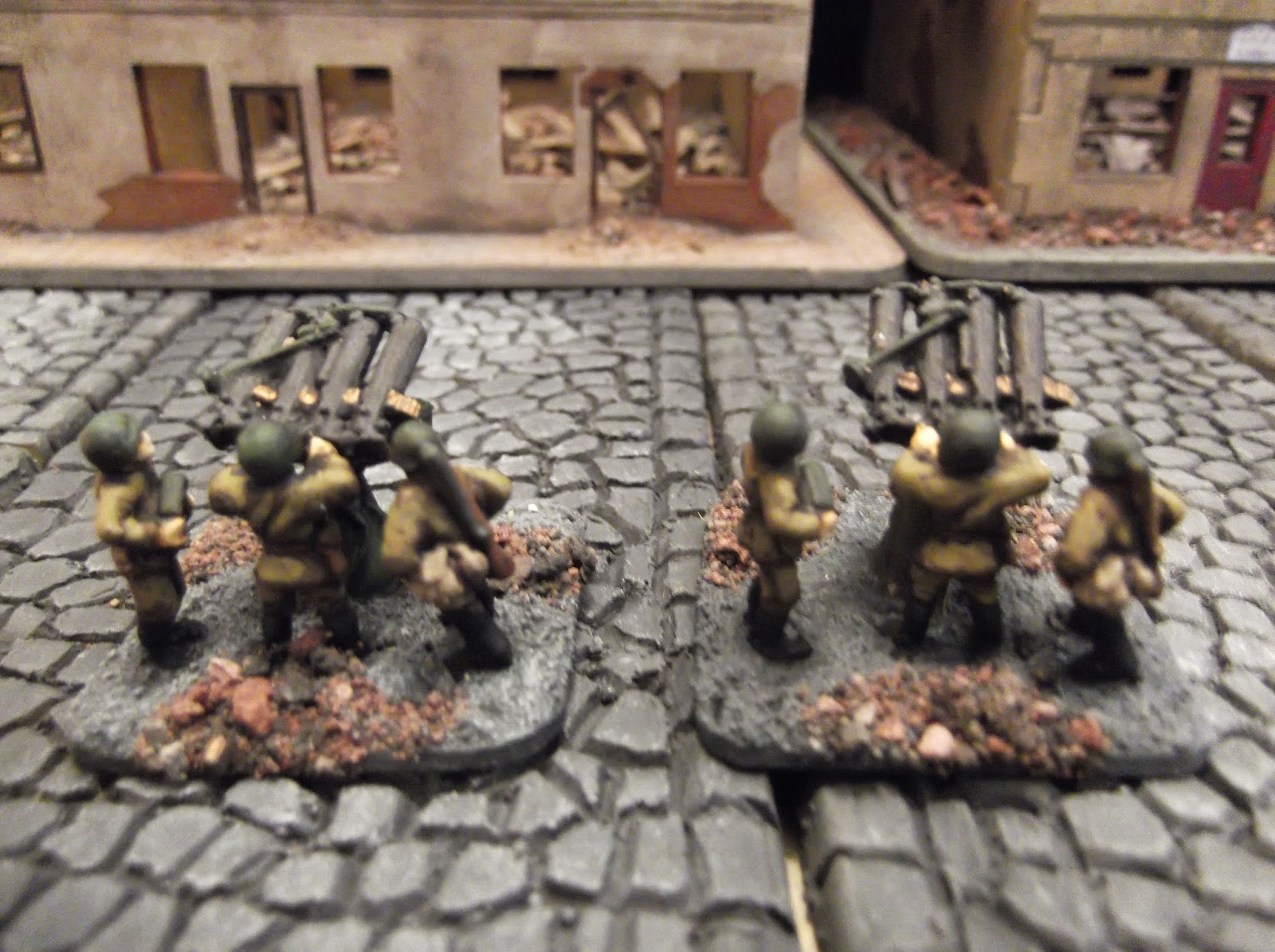 I added an extra crew man as you only get two per gun in the packs and Rapid Fire AA guns are crewed by three men. 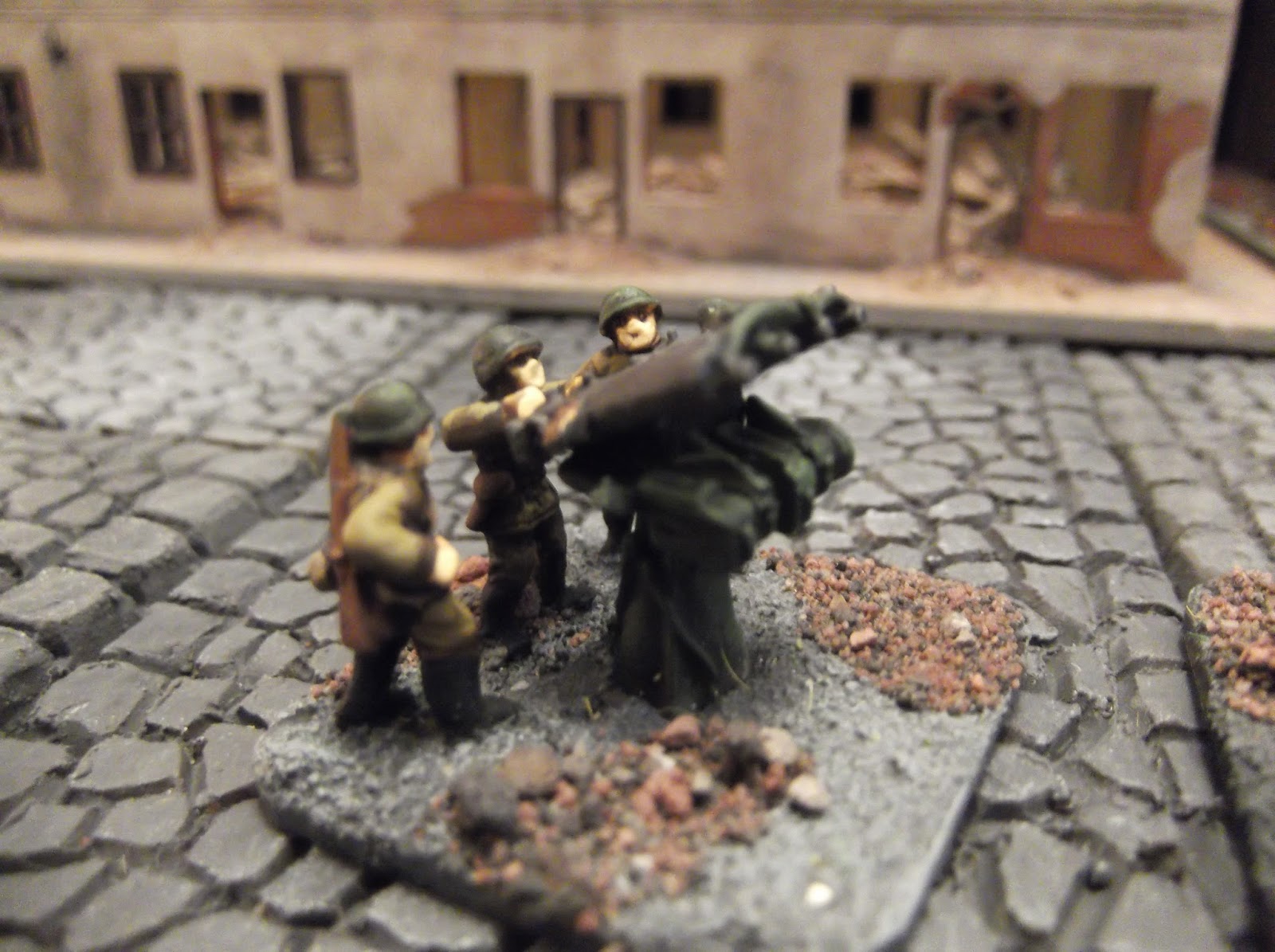 This is a nice piece and make an interesting addition to the Soviet defenders. The figures have been well sculpted and are a great addition to Peter Pig's all ready extensive range. 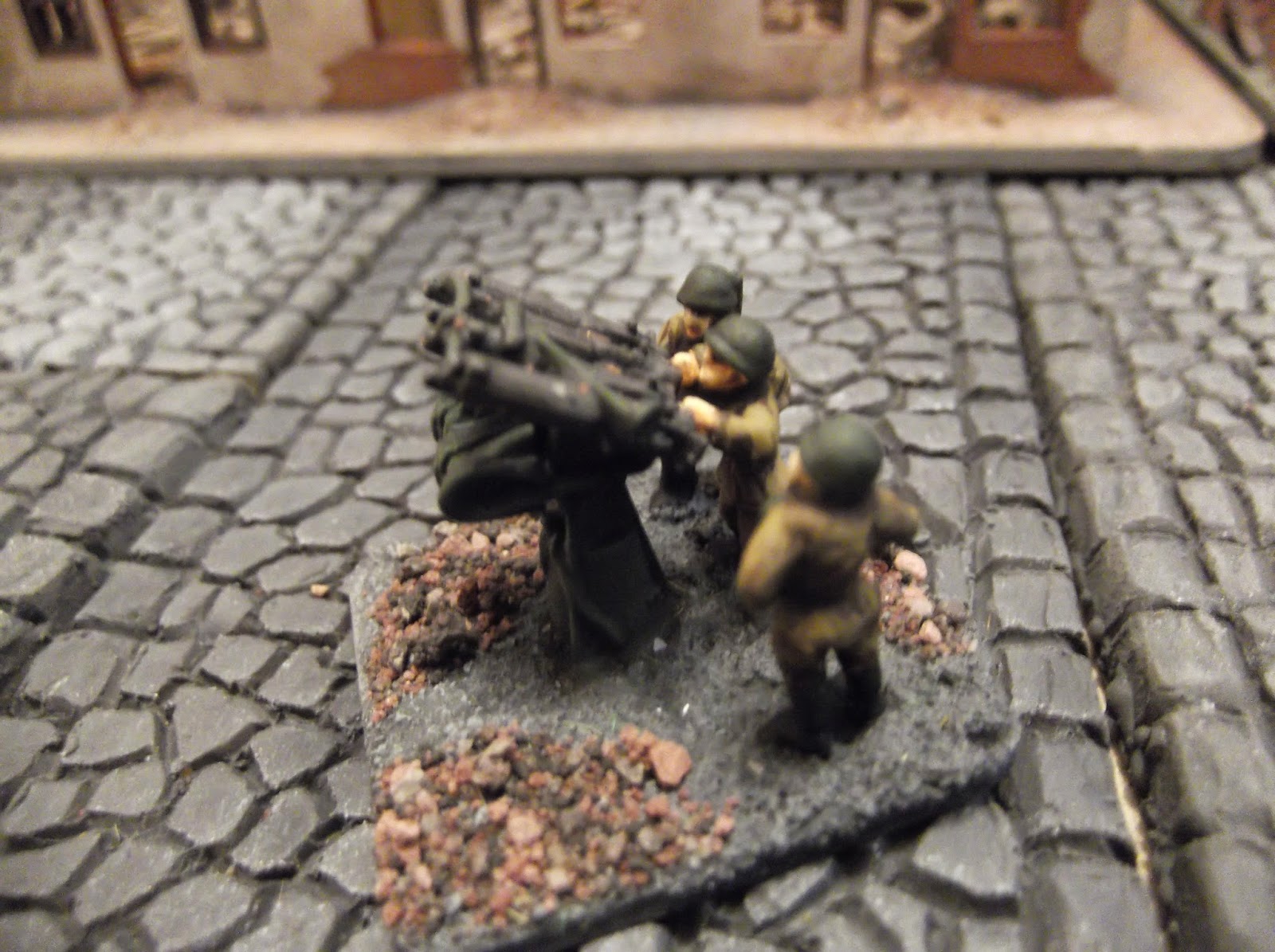 So, now I am 99% finished with the Soviets defenders, the only thing missing are three Anti-Tank guns, which I have yet to buy. However, here is the total figures I have painted for the Rapid Fire lists, this also proves that I haven't just been reposting pictures of the same units! 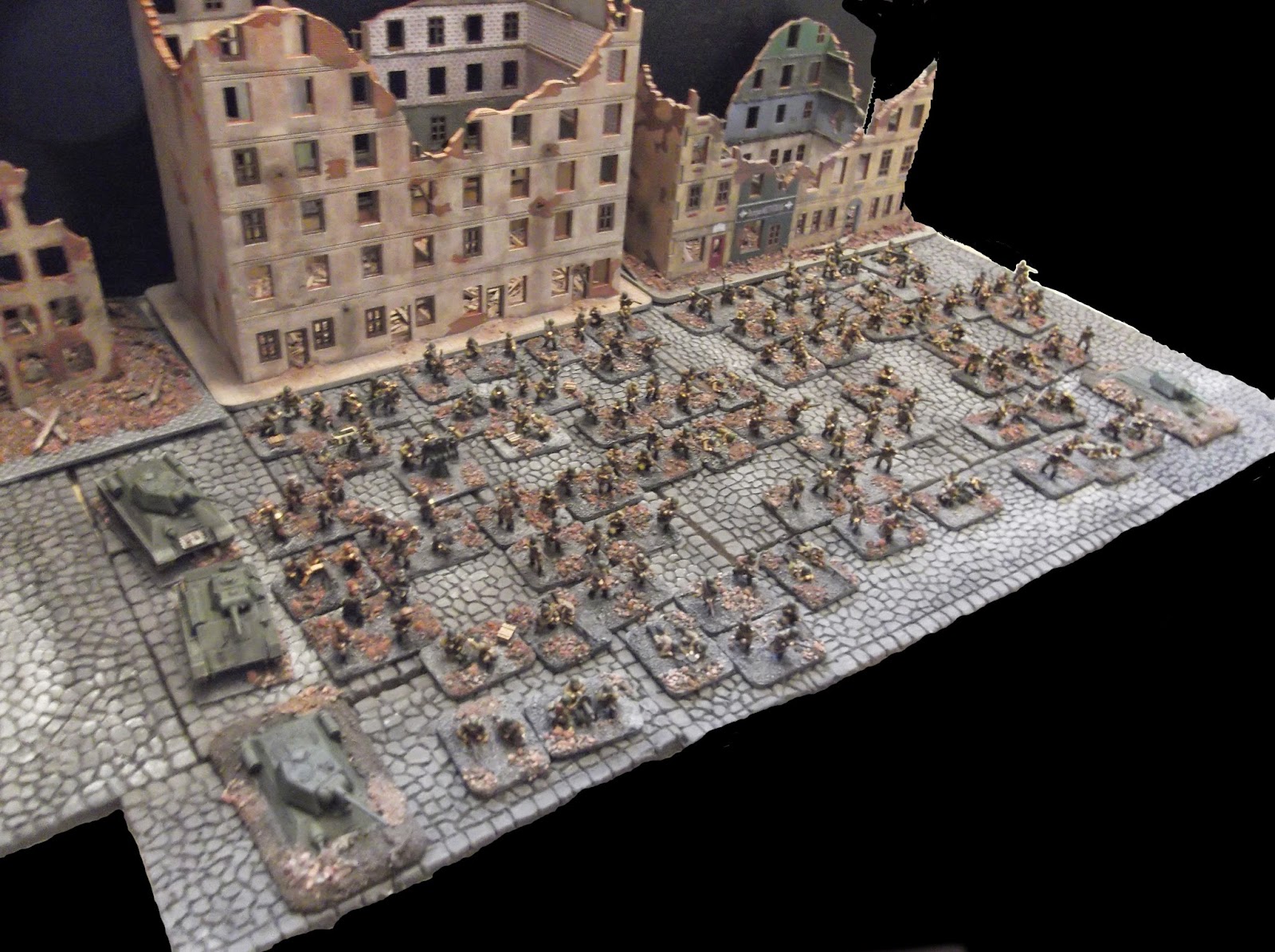 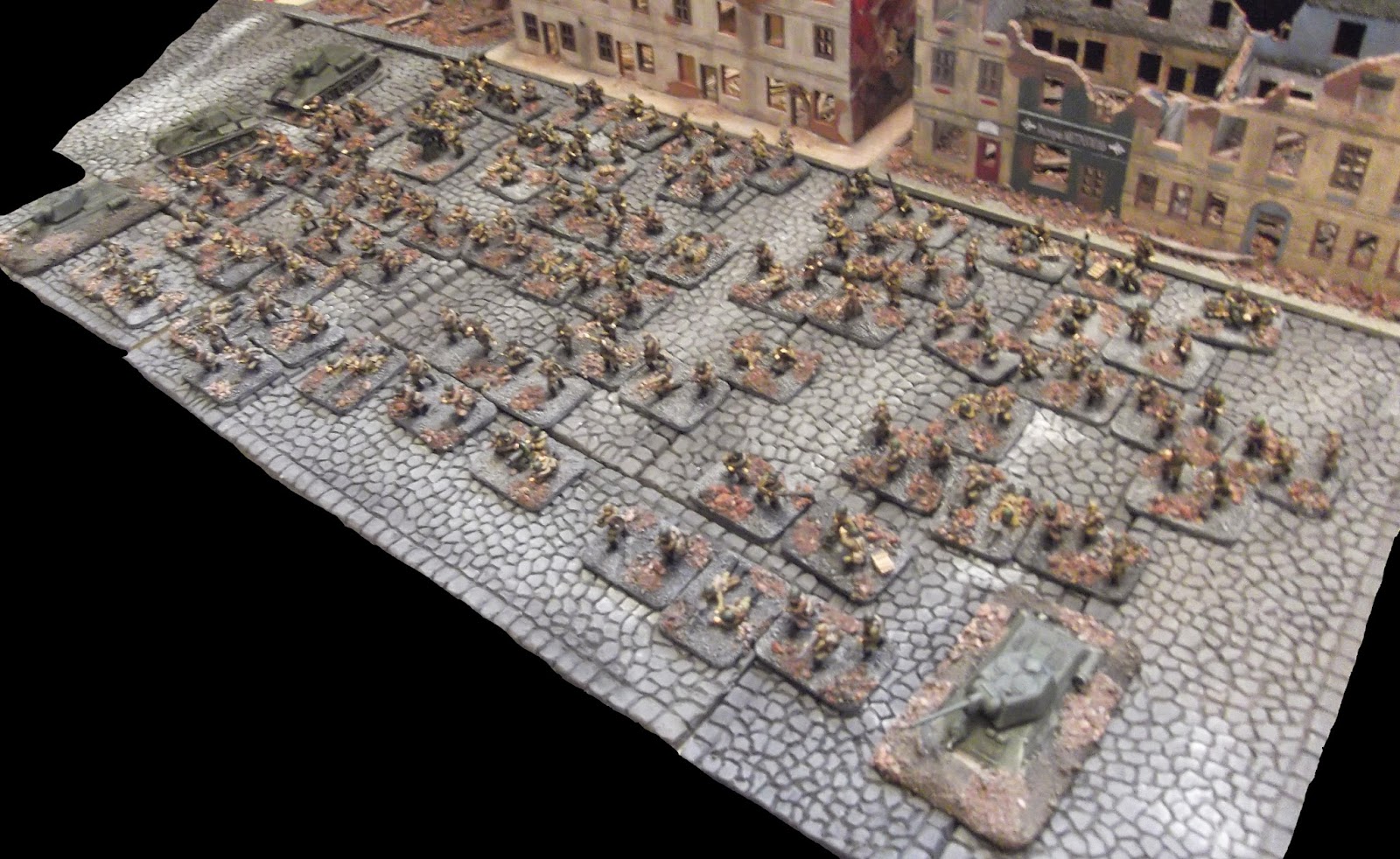 As I said, I also need a few AT guns for the Russians, but I also need to gather together the following:

I am looking at a total of about £130 for the lot, but I may be able to shave off the guns and claim them as off board artillery. Once I have returned from the US, I'll start saving and once I have bought the vehicles they shouldn't take too long to paint. However, all that is in the future.

Also, please have a look at the pre-painted rubble I am selling on EBay, you can find it HERE.