Send Three and Four Pence, We're Going to a Dance

Like the Russian bear advancing across eastern Europe in 1944, my Stalingrad project slowly grinds itself along. The latest additions are more Plastic Soldier Company and Peter Pig figures in the shape of the 650th Rifle Regiment, who are relief forces for the initial 308th Rifle Division defending forces. These are actually the last big block of figures to paint and no one is more relieved than me... 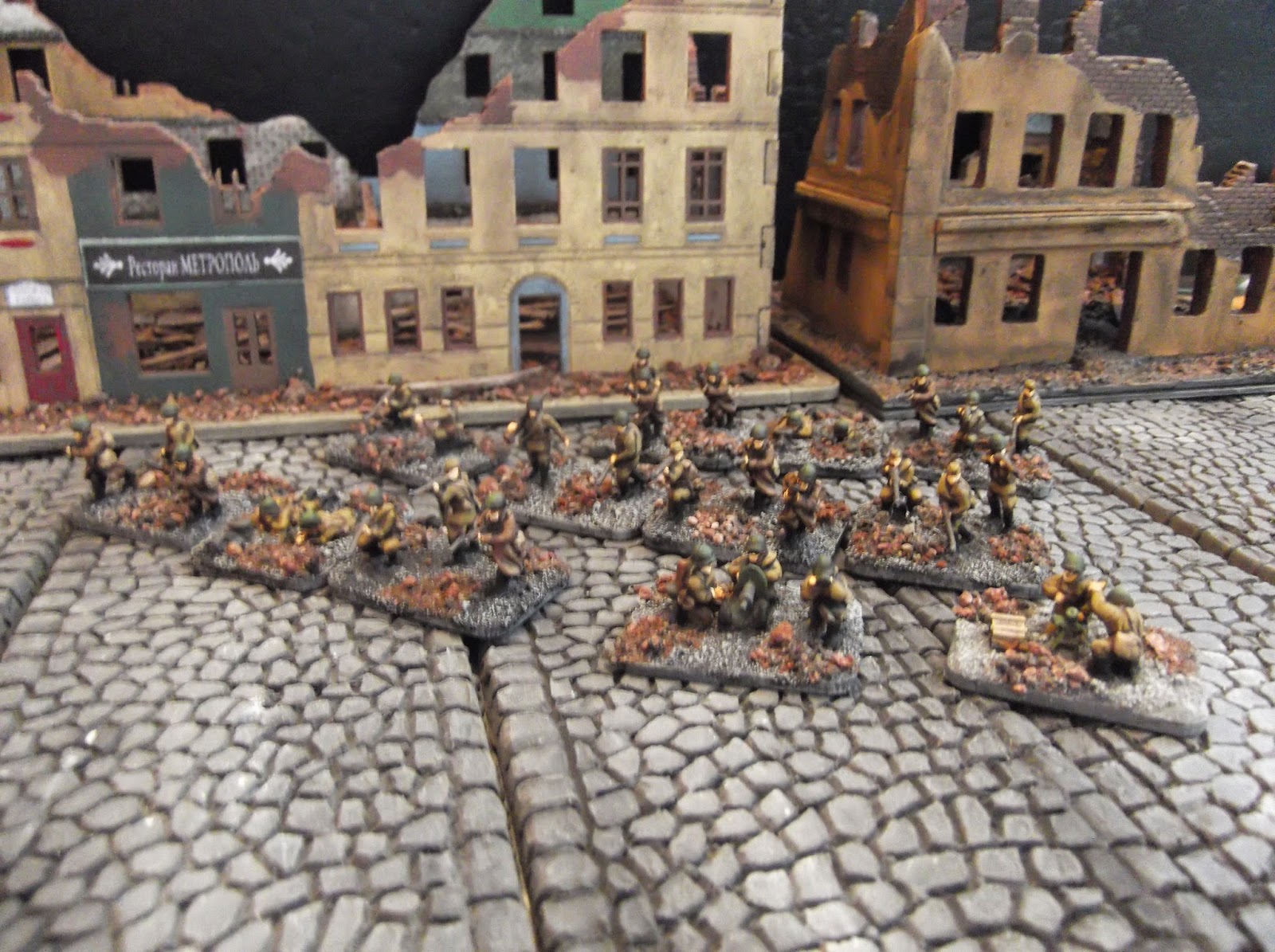 This is the 1st battalion of the regiment (minus the AT rifle and 82mm mortar, which will be coming as soon as I have ordered them!) and consists of a HQ and three companies, each of eight men, plus support from a Maxim MMG and a 50mm mortar. 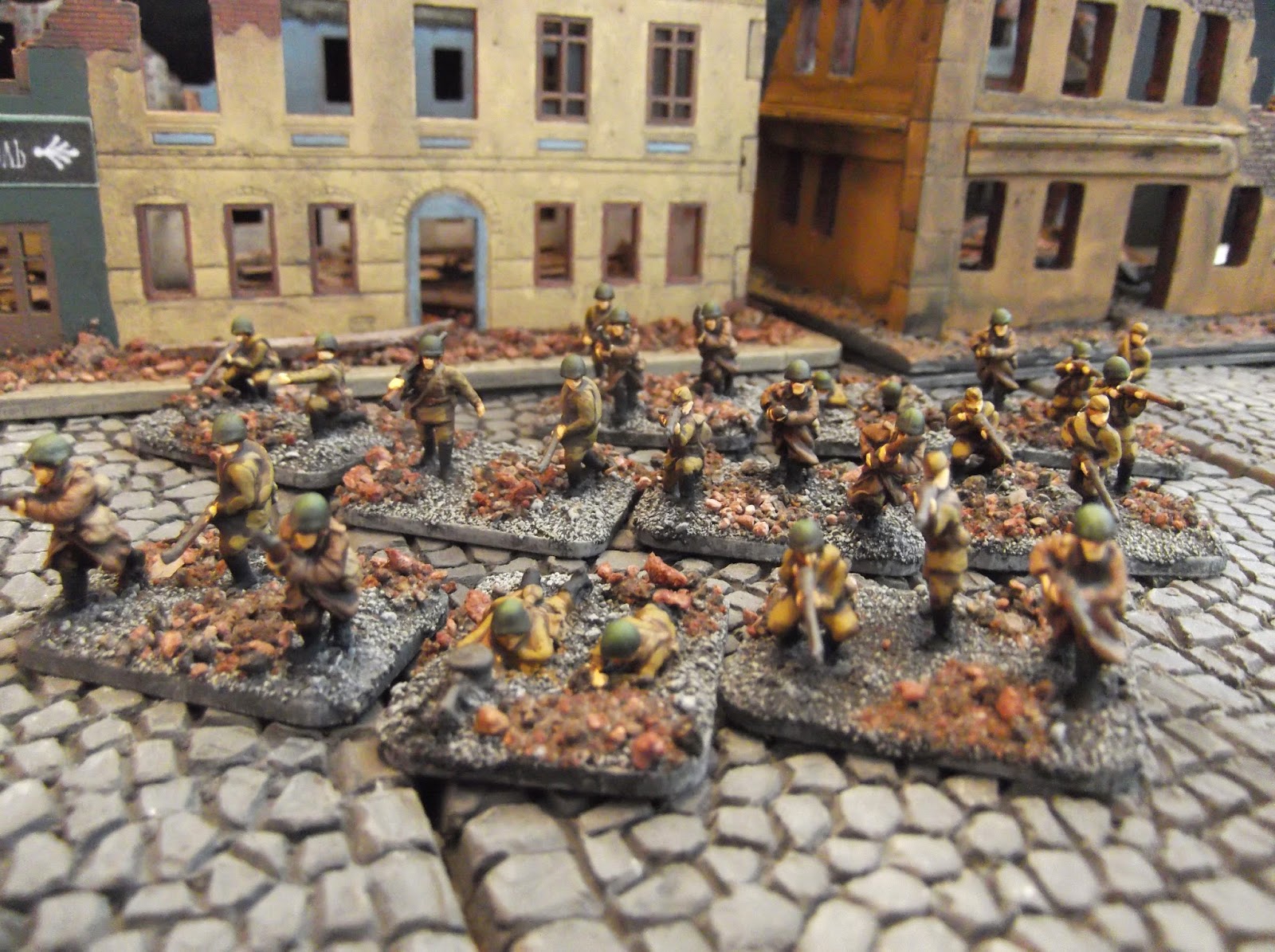 The previous Soviet units have been depleted battalions of about eleven or twelve figures, but this one has a full strength of three companies each of eight figures: 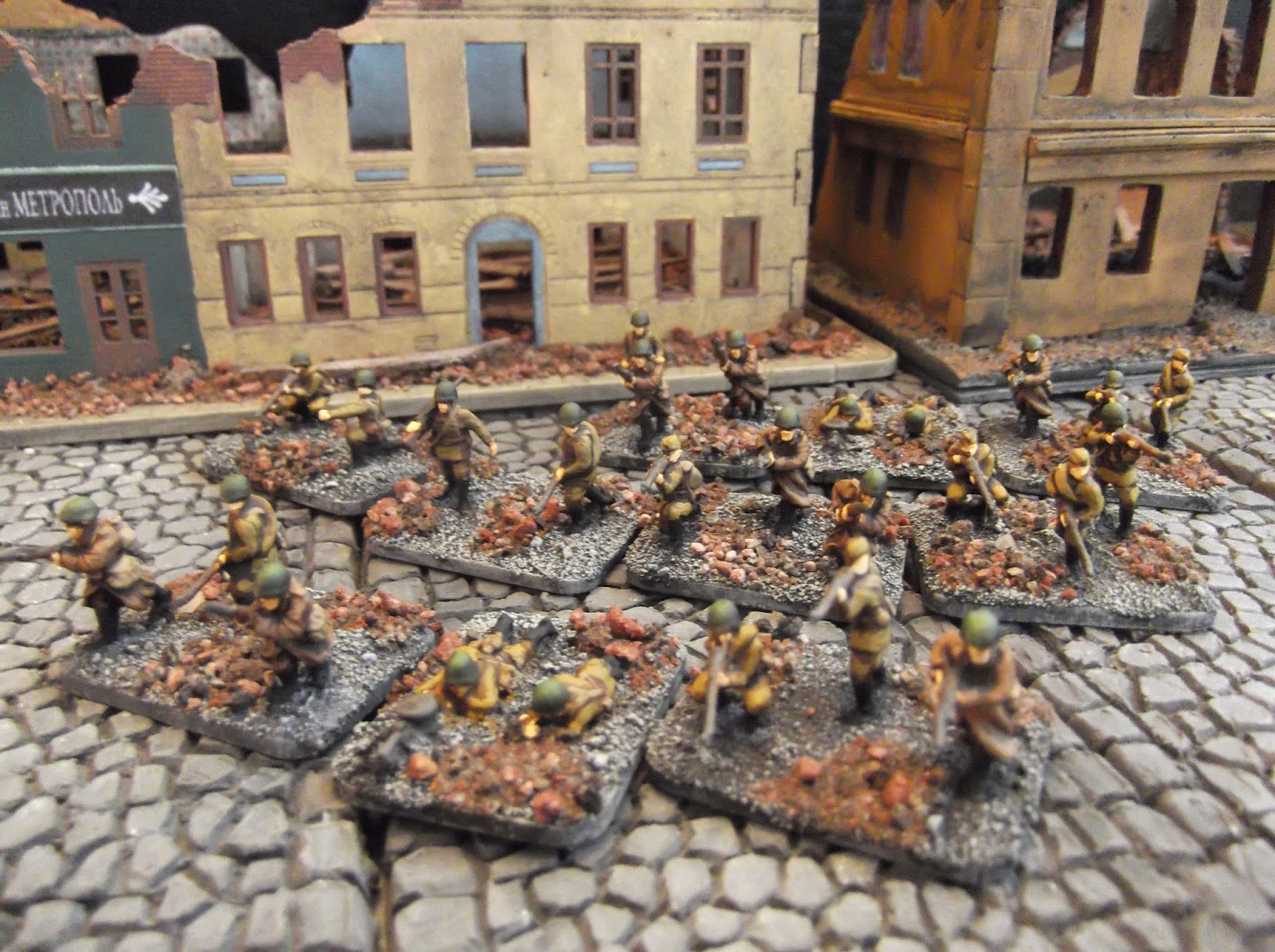 The main bulk are a mix of Plastic Soldier Company and Peter Pig, but the support weapons are all from Peter Pig (with an ammo box from Command Decision!). 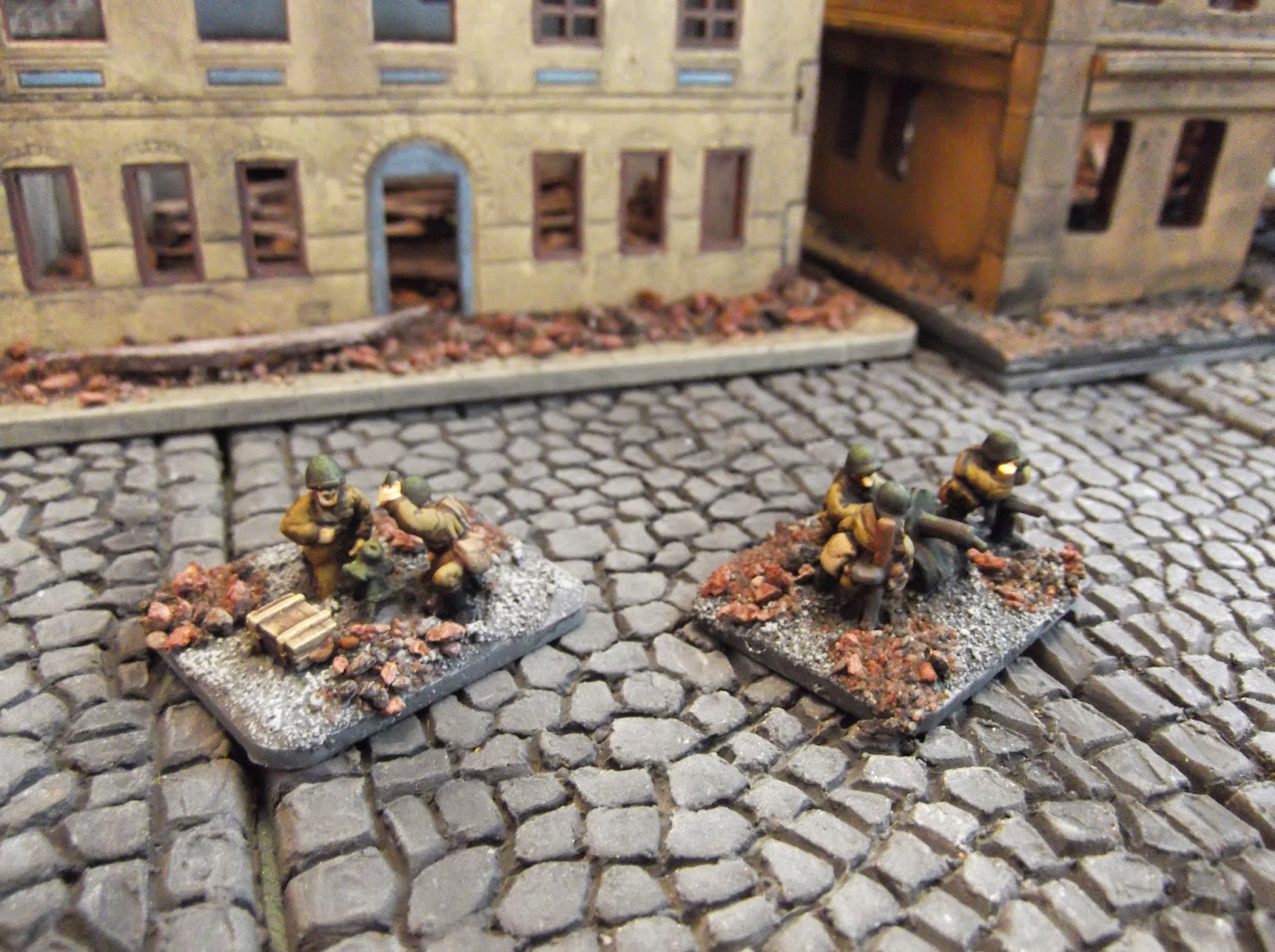 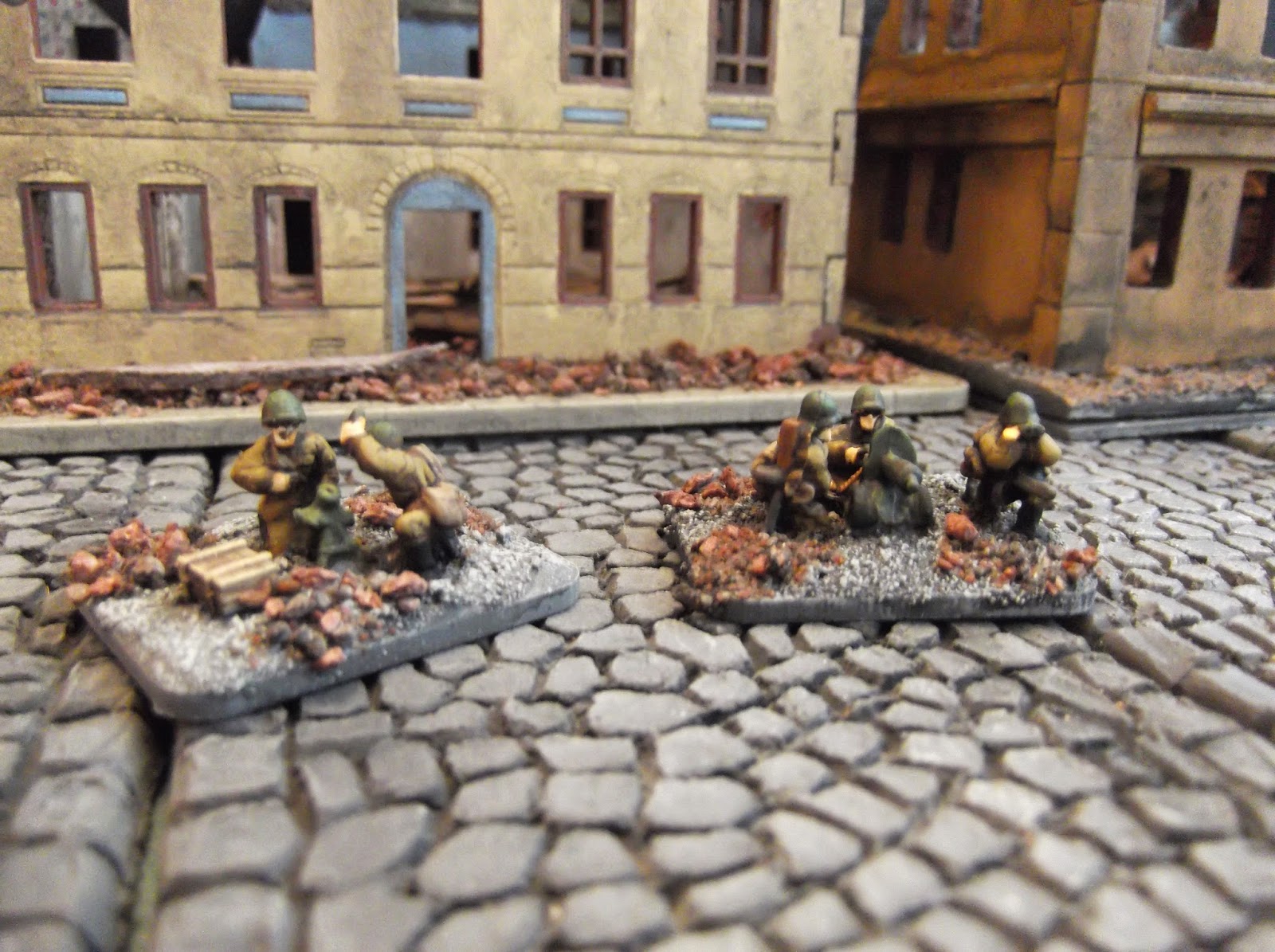 Alongside the battalions of the regiment is the SMG company, a small but deadly unit: 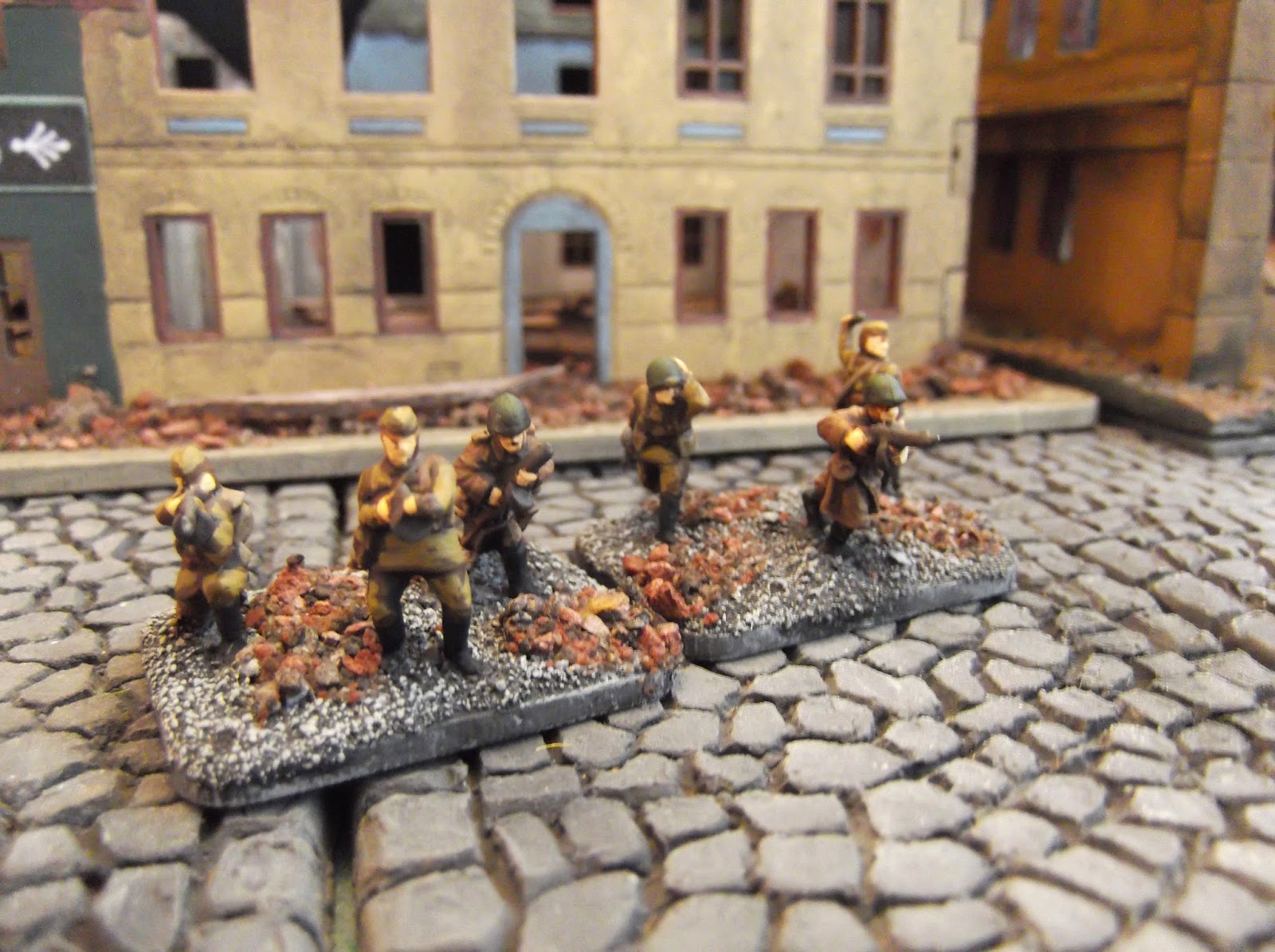 And the Regimental HQ (led by Major Pechenyuk), with a mix of Plastic Soldier Company figures and Command Decision. This was also a chance to add a female figure to the mix, from the PSC Russian Infantry set: 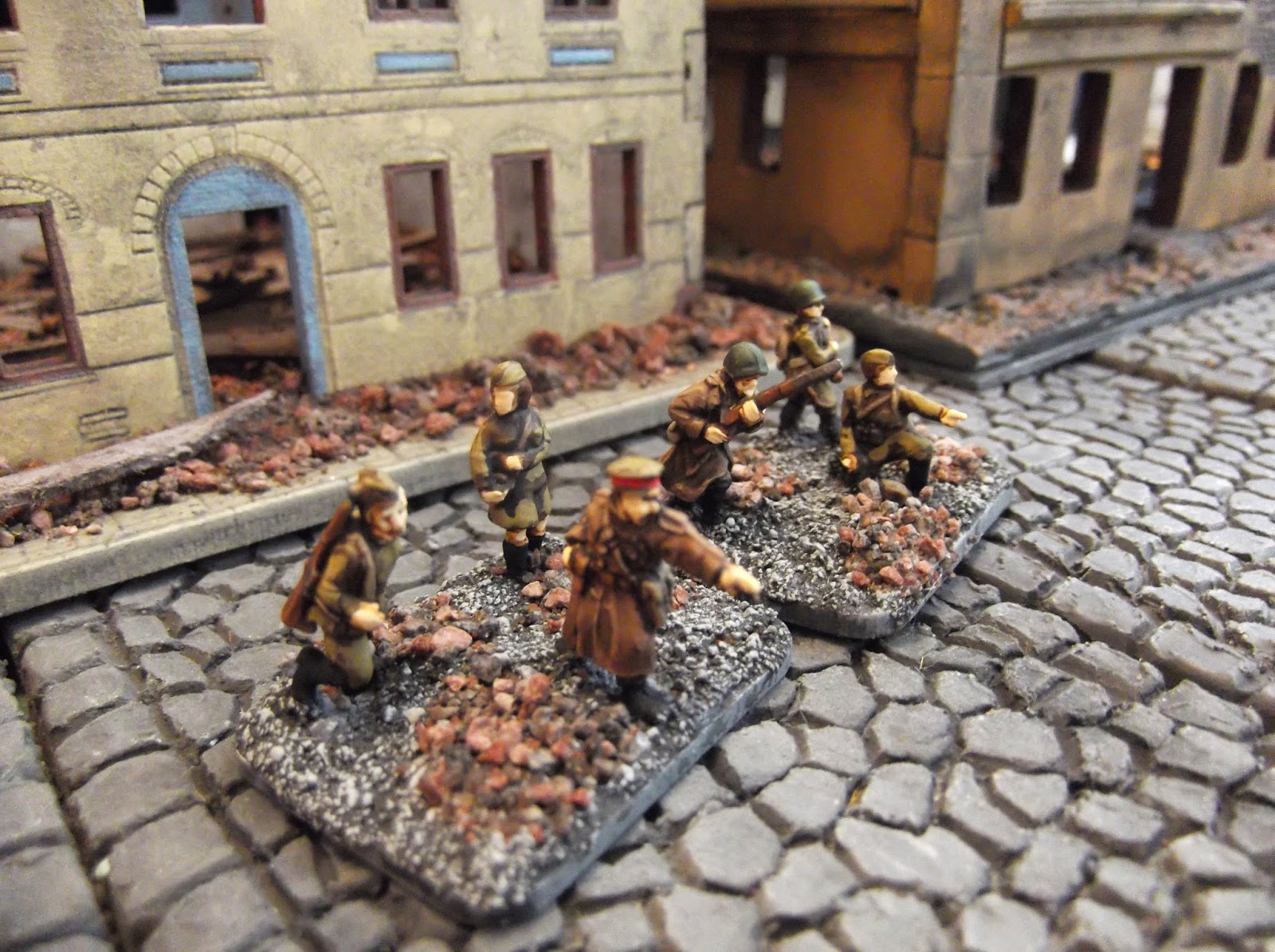 This unit still needs its second battalion, plus the various AT rifles and 82mm mortars (these are also needed for fleshing out some other units as well), but we are definitely a step closer to finishing painting all the figures that I need.

Also the rubble mix that I used on the figures is available for sale on ebay, please have a look HERE. There's three colours: Dark Grey/Black, Dark Brown and Brick Red: