Recently I have been painting some of the 20mm First World War figures that I had left over from the first few batches of these figures that I painted. One of these was an Early War Miniatures Lewis Gun team. While I was making up this crew I thought I'd also paint a HaT Lewis gun and crew from their WW1 British Heavy Weapons box, just to see the differences or similarities. To be honest, there isn't many, just the detail is clearer on the EWM team (on the left in both pictures). 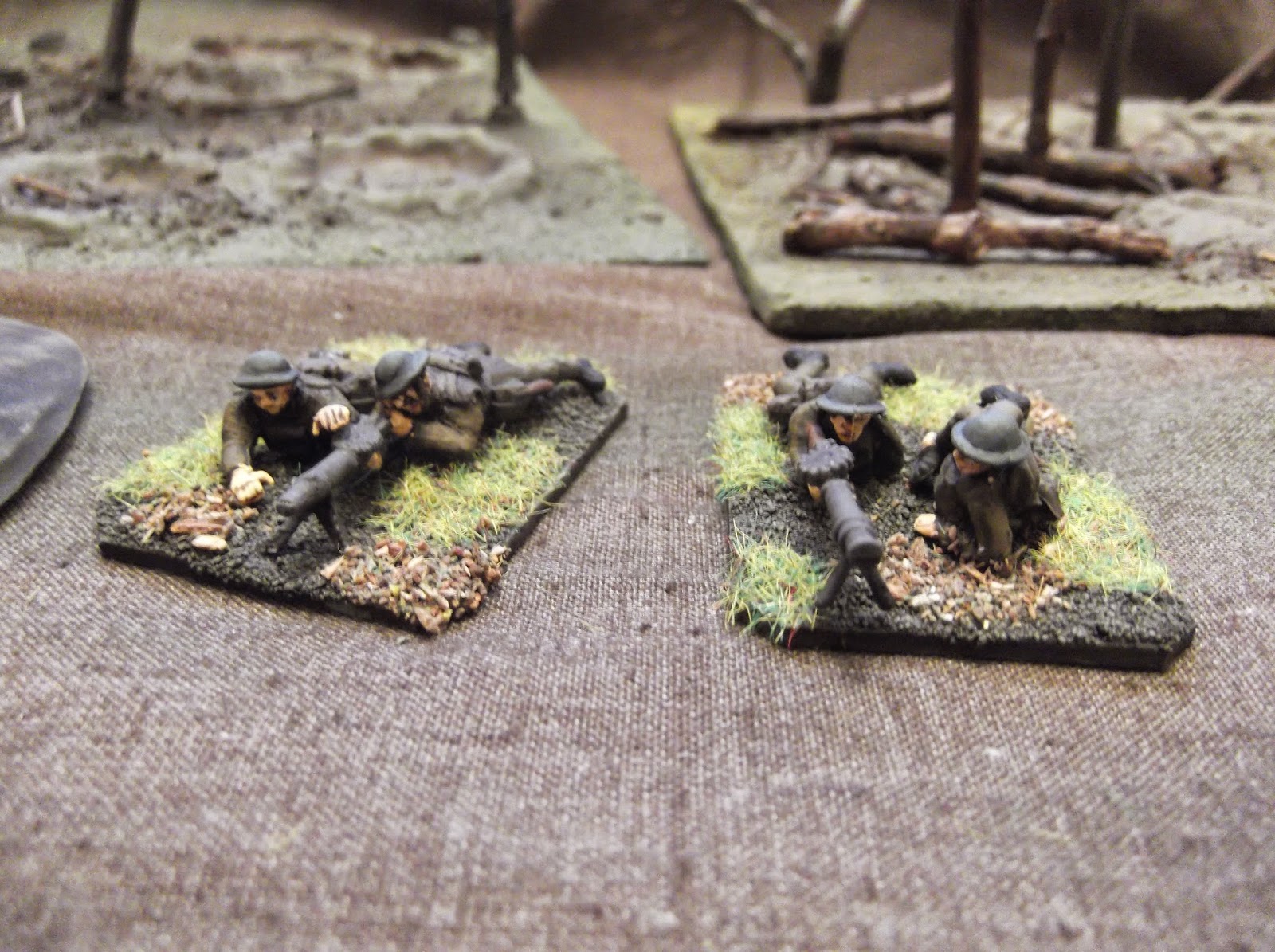 I also painted these guys using Sidney Roundwood's recommendations (his painting guide can be found on his blog or by clicking HERE). These turned out darker in shade than the previous First World War figures I had painted, but I like the contrast of the shading on the tunics and trousers on these more than my original figures. 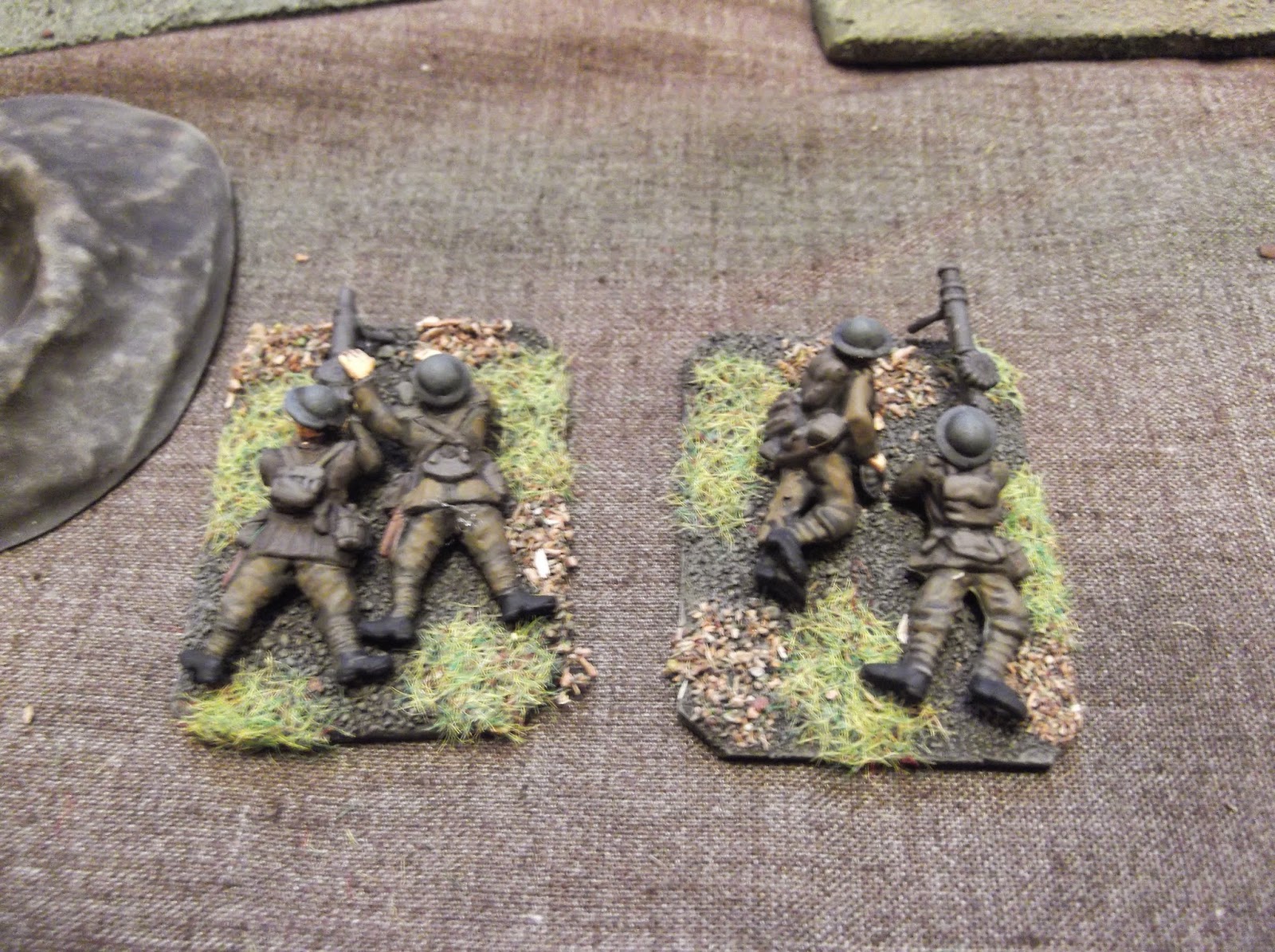 I guess I can put the earlier figures down to testers and paint any new additions in this style. I also painted three more HaT figures from the same box set as more crew for the Vickers HMG I already have. 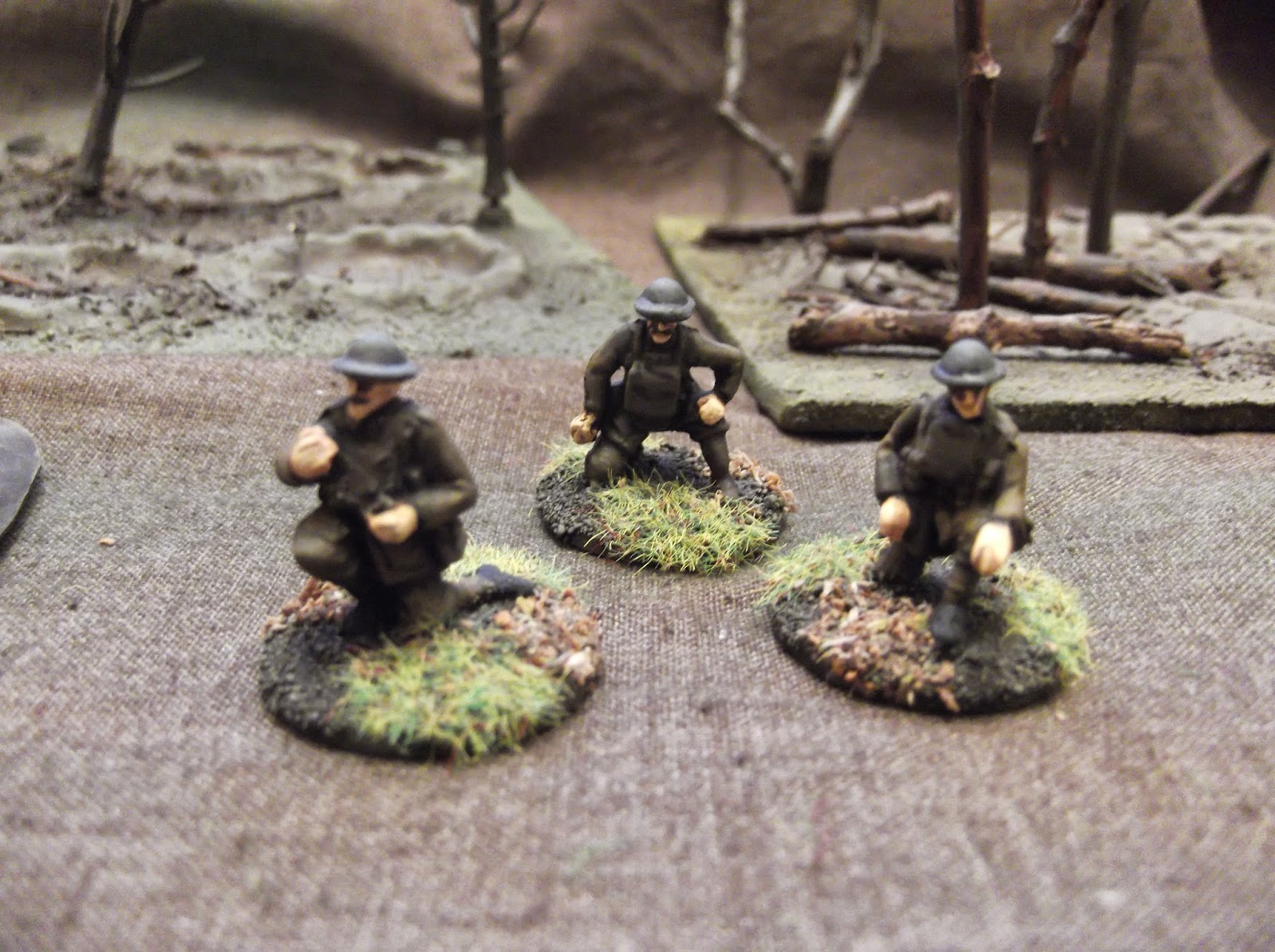 Again, the new painting scheme is quite subtle: 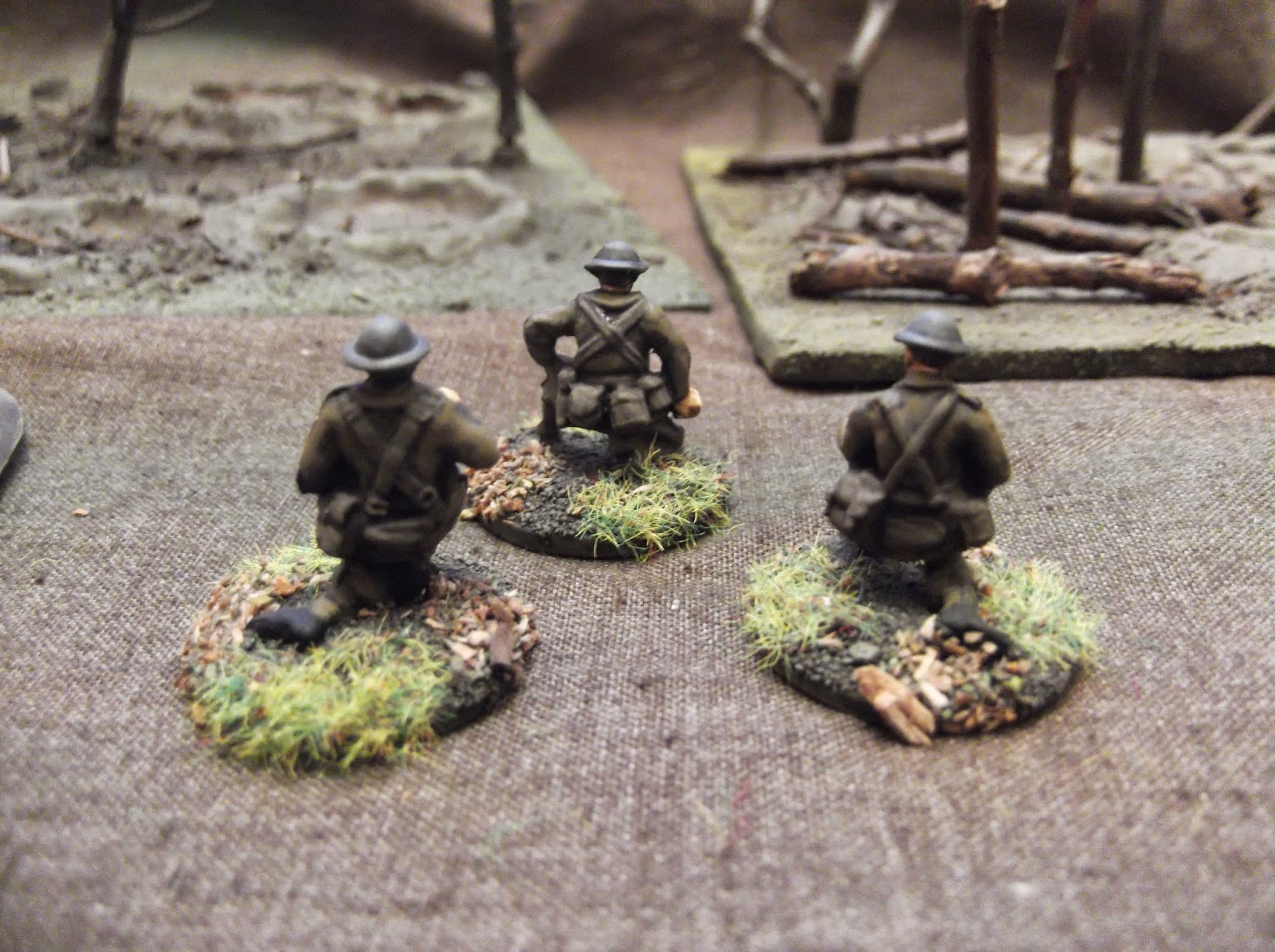 You can see the contrast between the new figures and the old ones when they are grouped together. 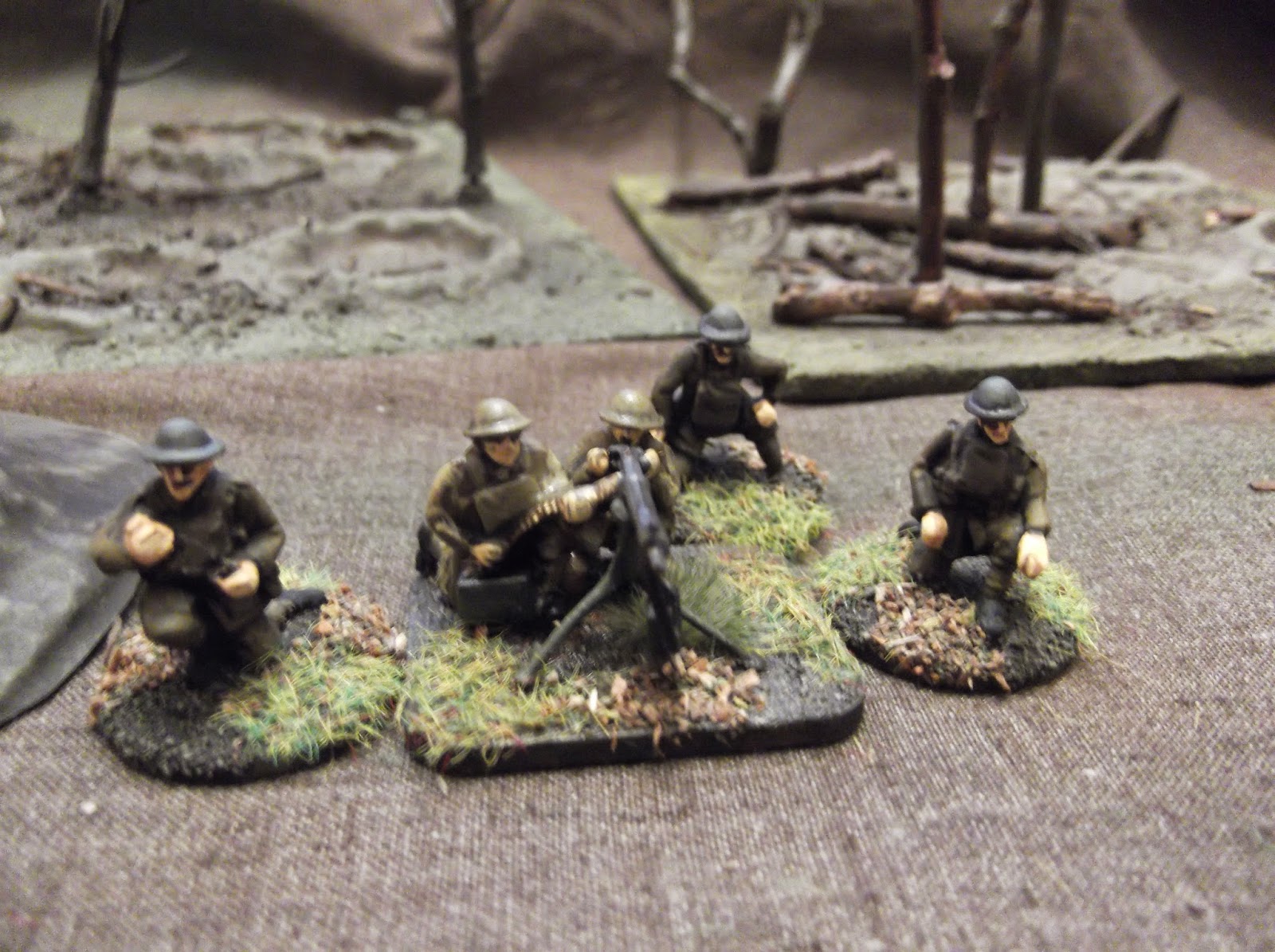 I have more new British First World War figures waiting to be painted and they will be done in this scheme rather than the old one, so stay tuned for more updates in that respect.

Before I go, don't forget that I am selling bags of pre-painted rubble on Ebay, I have three colours, Black, Dark Brown and Brick Red. Please take a look on Ebay HERE if you are interested.

Thanks for reading!
Labels: 1/72nd 20mm British Infantry Through the Mud and the Blood WW1