The fourth and final depleted battalion of the 308th Soviet Rifle Division was completed the other day before the introductory Stalingrad Christmas game we had, but I present them here to complete my postings of the entire unit.. It is another small formation of seven riflemen and supporting arms; that box of Russian infantry from the Plastic Soldier Company is serving my purposes very well! 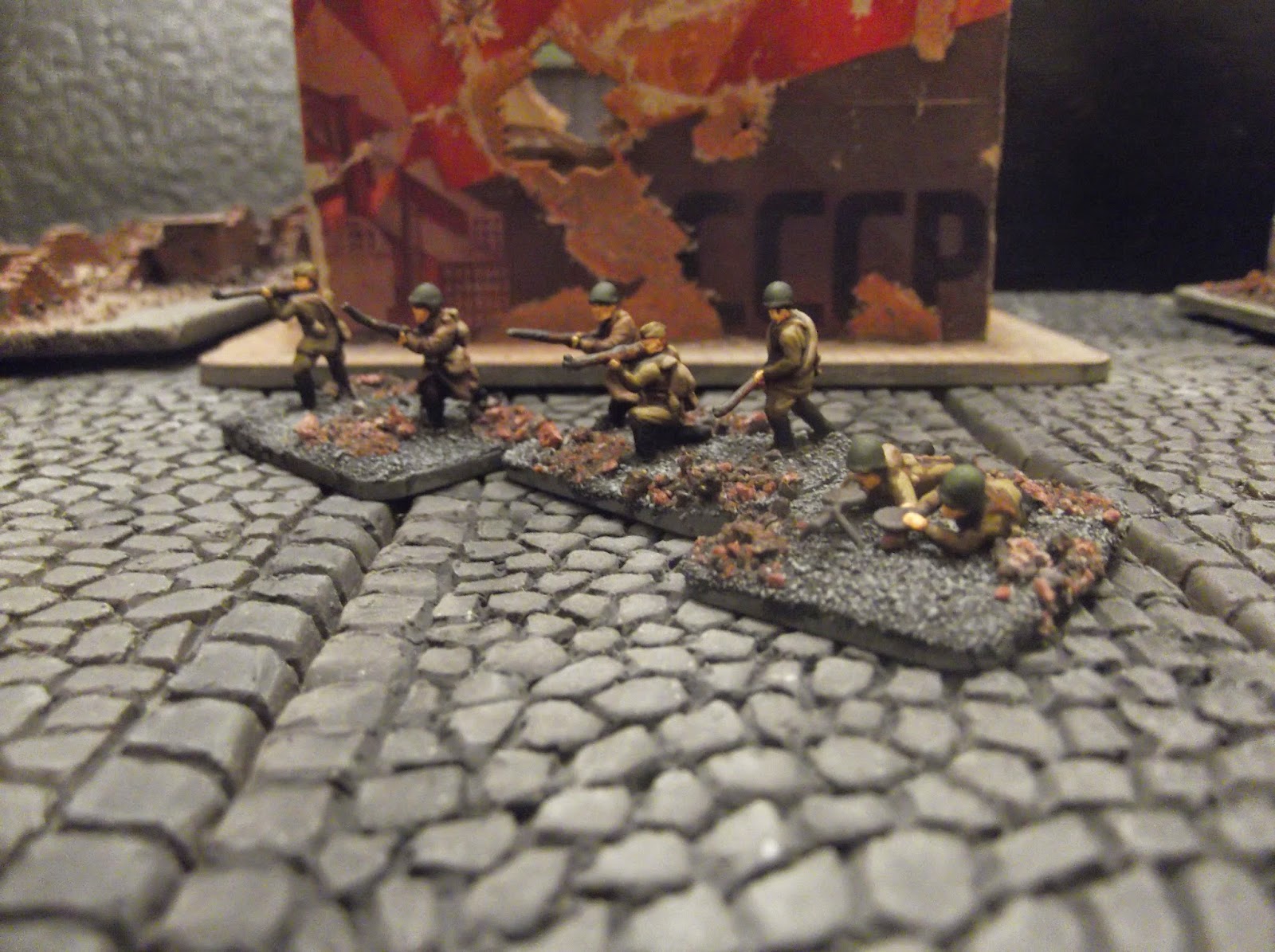 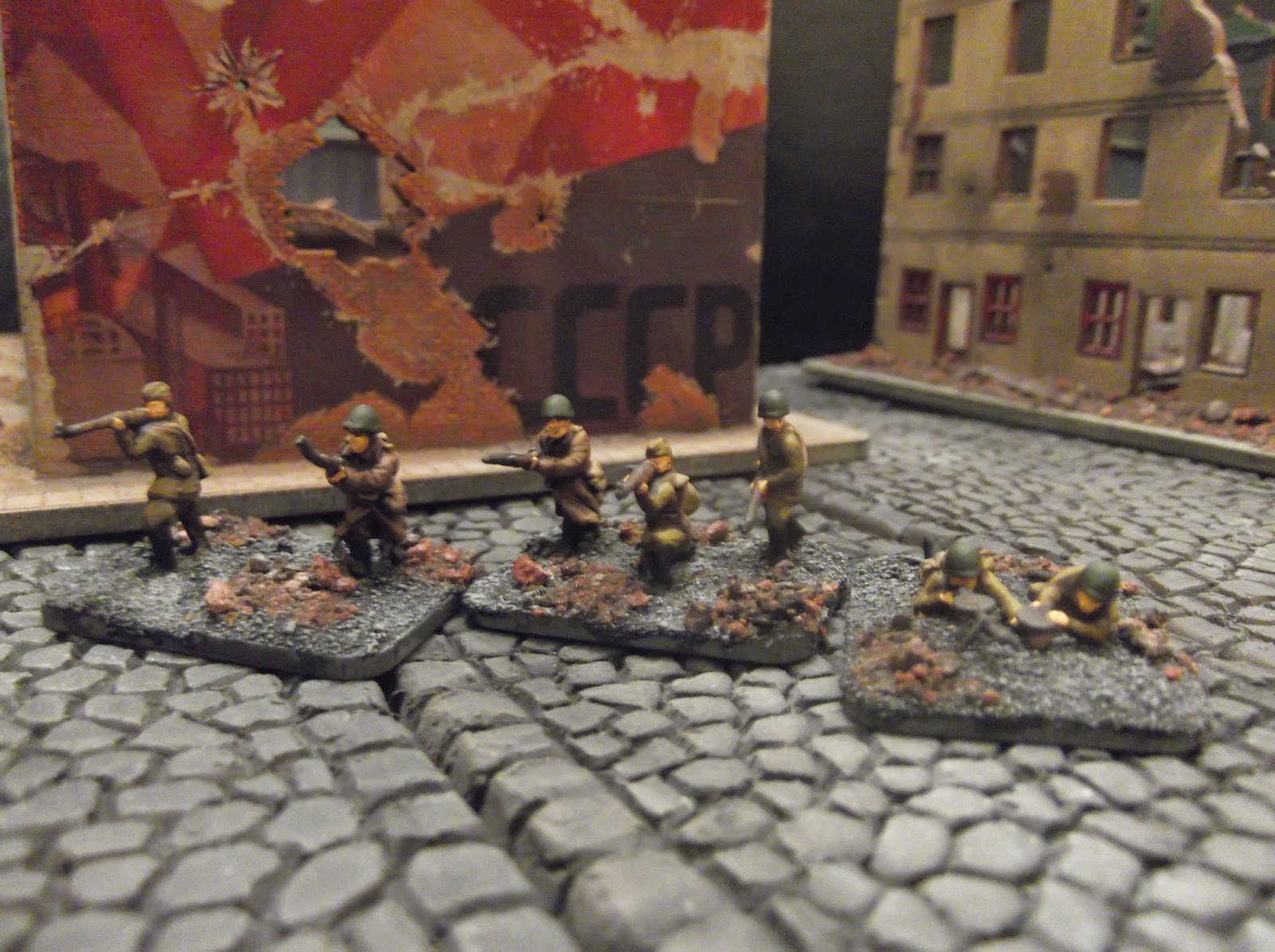 This battalion has a 5cm Mortar and an anti-tank rifle for the support, the mortar is another Peter Pig set and the AT Rifle is from Command Decision. 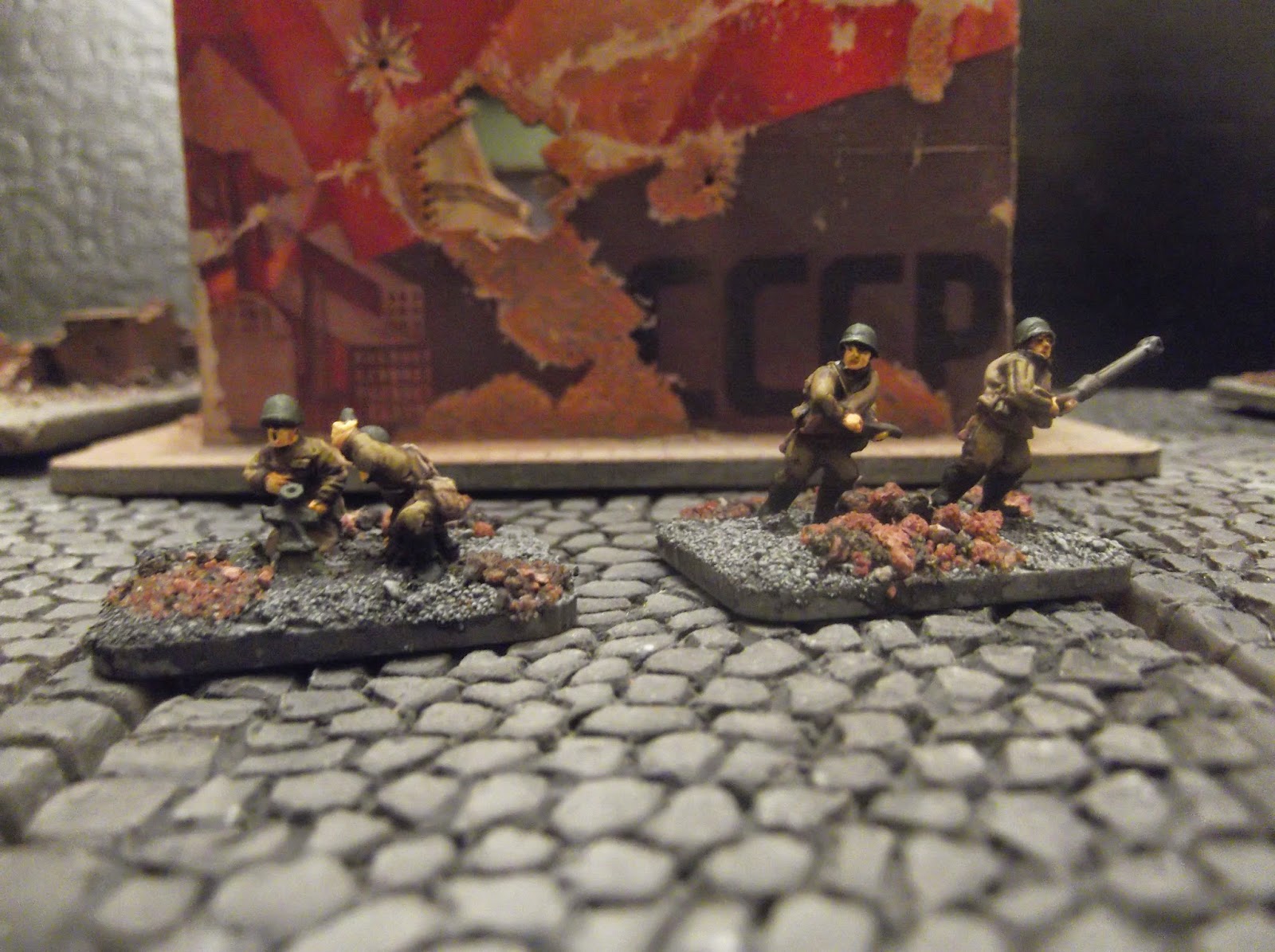 The whole 308th Rifle Division has pretty much been cannibalised from my lead pile, so it just shows the usefulness of these mountains of metal... However, I am getting to the point where I will have to actually start spending money on figures again... 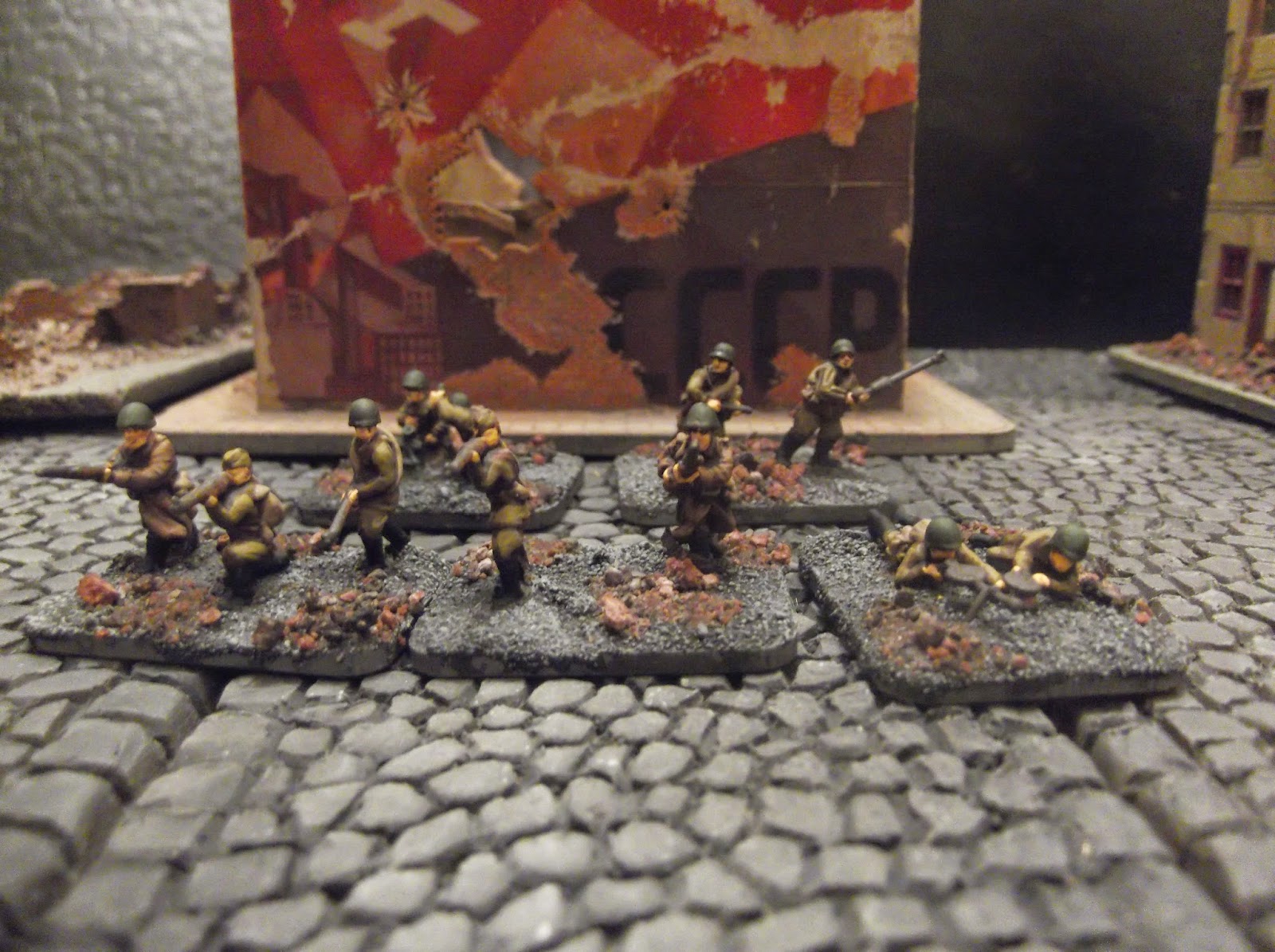 I know I keep saying it, but this unit is now nearly done, especially with the addition of the sub-machine gunners company. This is six men armed with the PPSH41 SMG, the figures come from both Plastic Soldier Company and Peter Pig (the ones in the greatcoats). These get a +1 bonus when firing, but can only fire at short range, so they are good in the close up fighting of the Stalingrad environment. 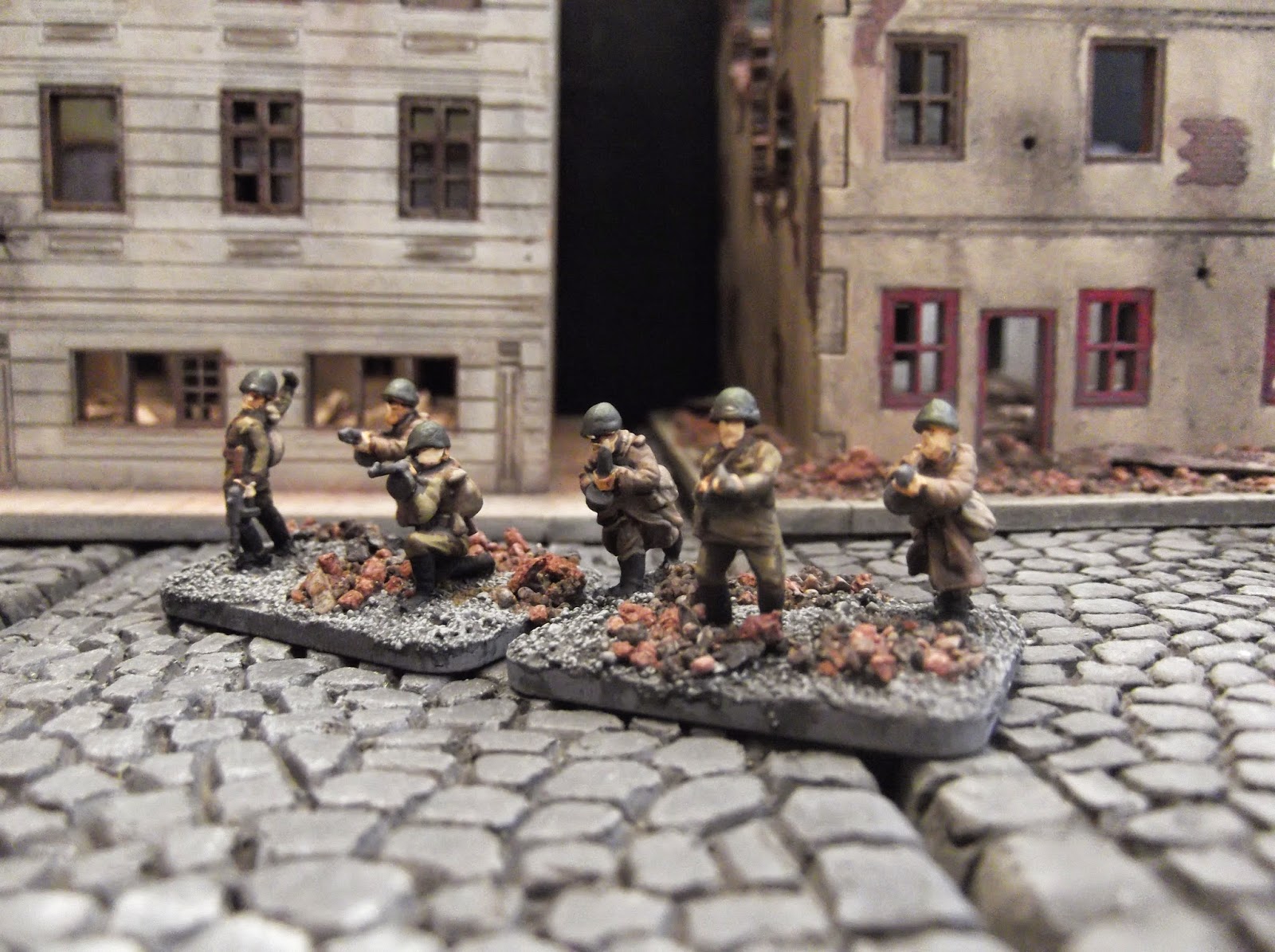 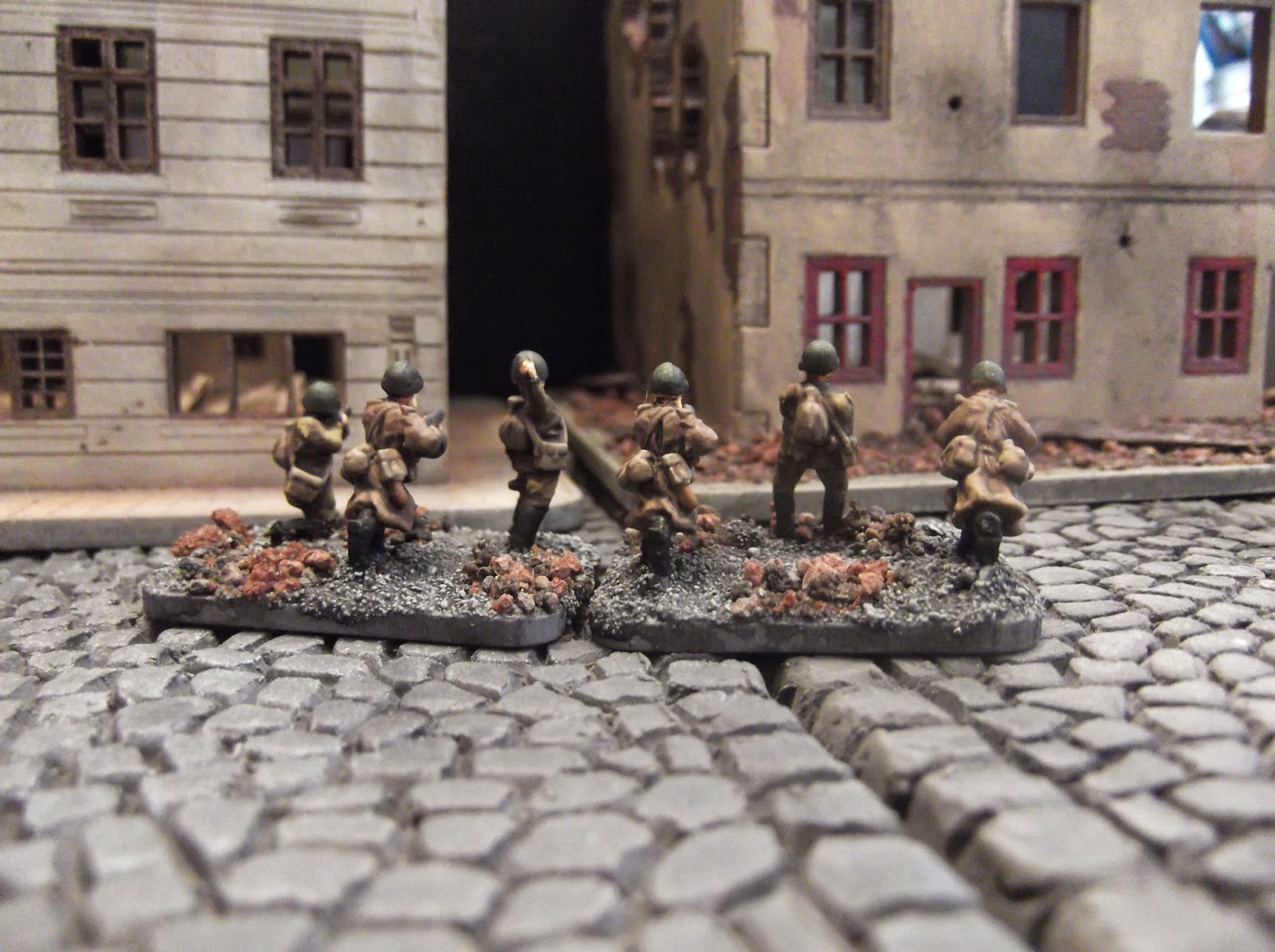 These six men add to the 308th, but we are not finished yet! There is still the mortar company to finish along with a Quad AA MMG, and the support guns. All those will have to wait a little while longer as I have spent loads on the festivities and the war chest is rather sparse at the moment!

Also the rubble mix that I used on the figures is available for sale on ebay, please have a look HERE. There's three colours: Dark Grey/Black, Dark Brown and Brick Red: