This is a quick update of the few bits and pieces that I have added to the Soviet defending forces of Stalingrad. First up are these two artillery observers of the Guards Mortar Battalion. These two guys control the offboard Katyushas and AA battery, so they'd better stay in cover. One figure is from Peter Pig, the other a Command Decision mini. 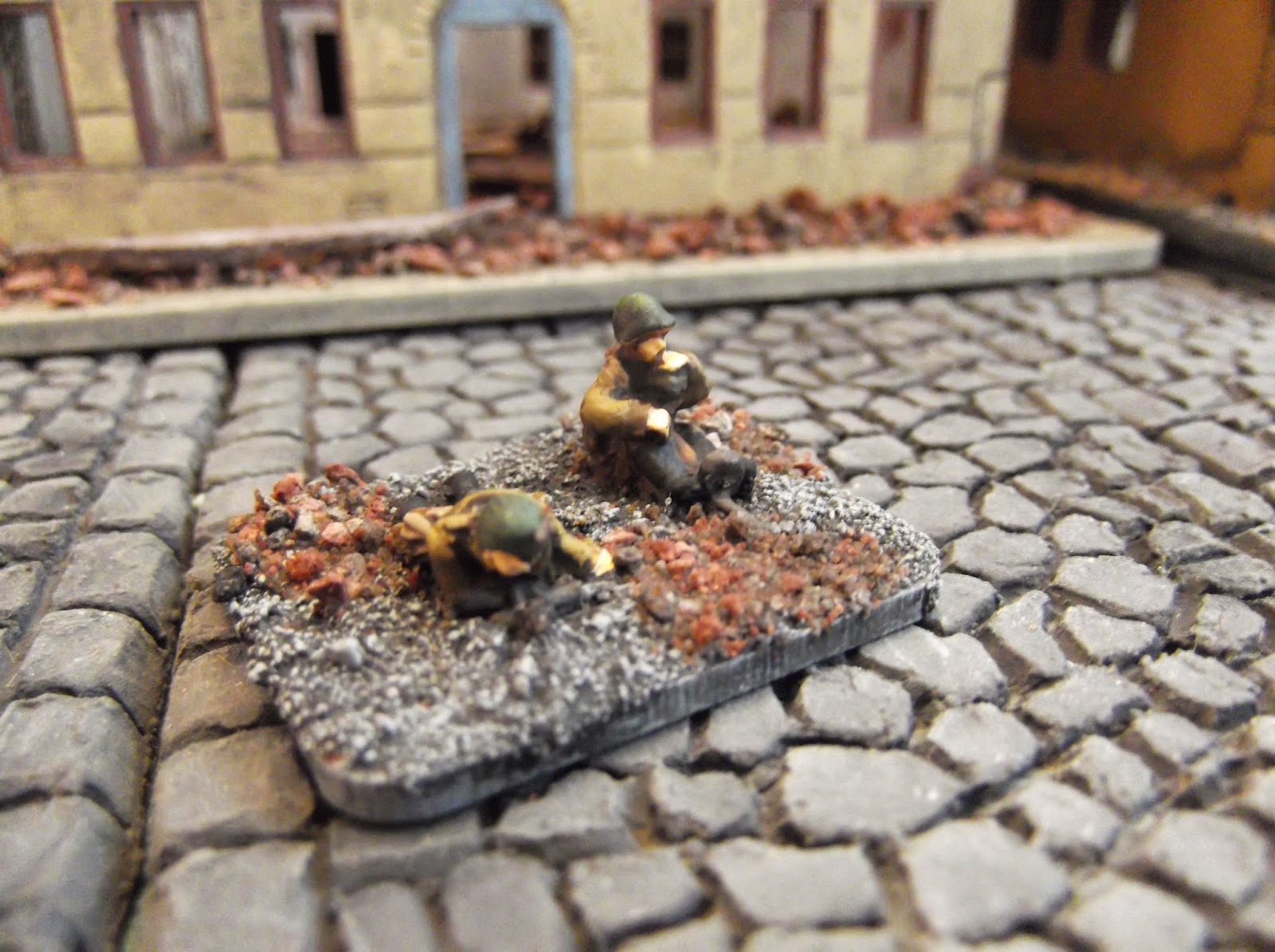 Also finished are the support elements of the second battalion of the 650 Rifle Regiment. It's a 50mm mortar and a Maxim MMG. The mortar is from Peter Pig, whilst two of the Maxim crew come from Peter Pig, the third one comes from Command Decision. The MMG itself is also from Command Decision, with a converted Peter Pig 50mm mortar crew figure. I am nothing if not inventive with the usefulness of my spare figures... 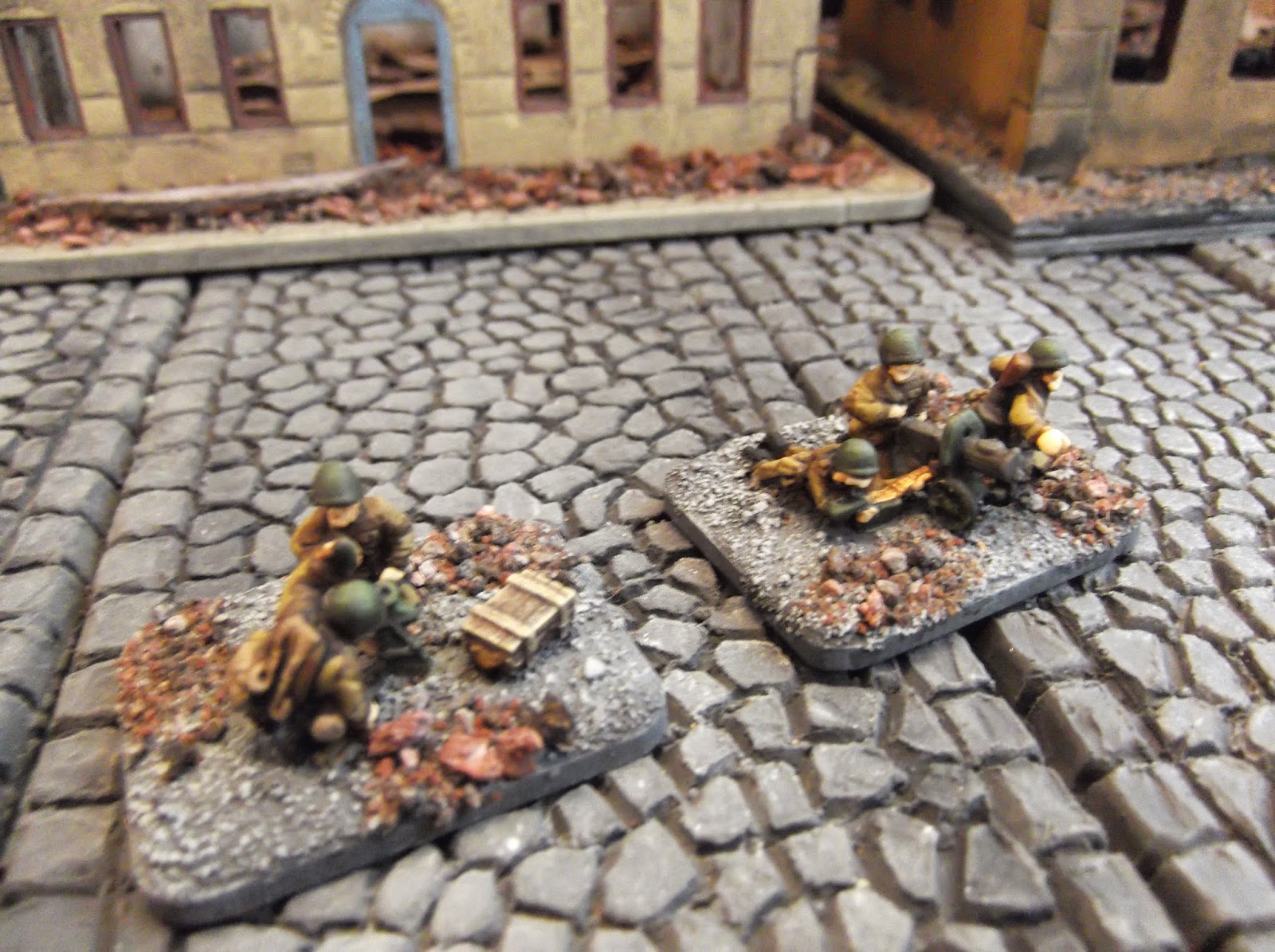 And finally for this post, the heavy 120mm mortar that is attached to the 308th Rifle Division mortar battalion. This unit needs two 82mm mortars adding, and they will be on order soon. Again, this is a mix of Peter Pig and Command Decision. 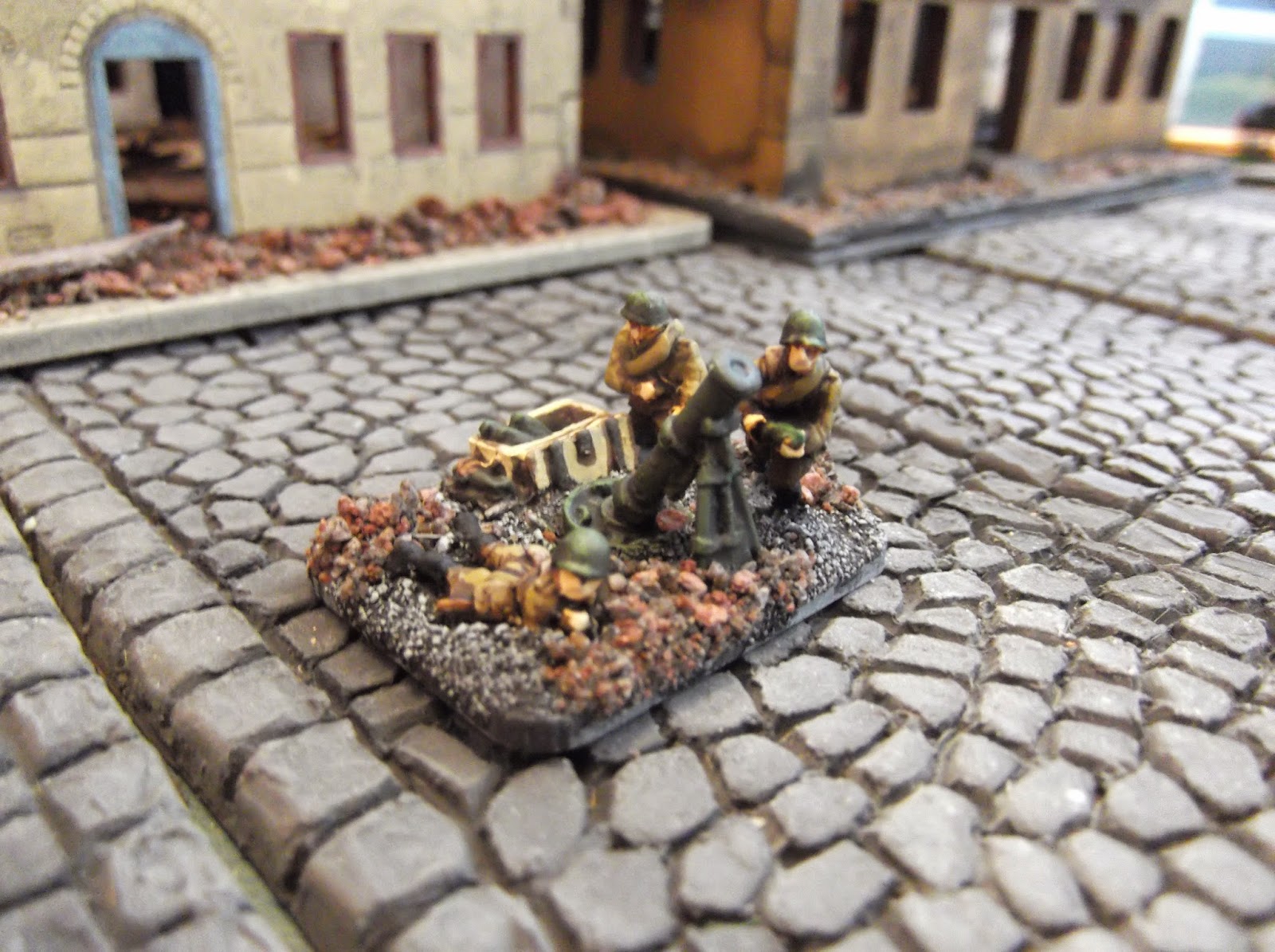 I am still in need of a few more support weapons to finish off the Soviet infantry and a very kindly chum is going to send me some of his spare figures to bulk up what I have, so I can't wait until they arrive!
Also the rubble mix that I used on the figures is available for sale on ebay, please have a look HERE. There's three colours: Dark Grey/Black, Dark Brown and Brick Red: