Taking a break from the relentless Stalingrad project, I was digging through my lead pile and found that I had a few spare Early War Miniatures vac-formed shell craters kicking about. These come from their sheets of craters and I had used the others for First World War terrain pieces. There was six single craters and a double crater left over so I splashed a bit of paint on and they are perfect for games of Through the Mud and the Blood. I can also use them in Square Bashing for large calibre gun craters. 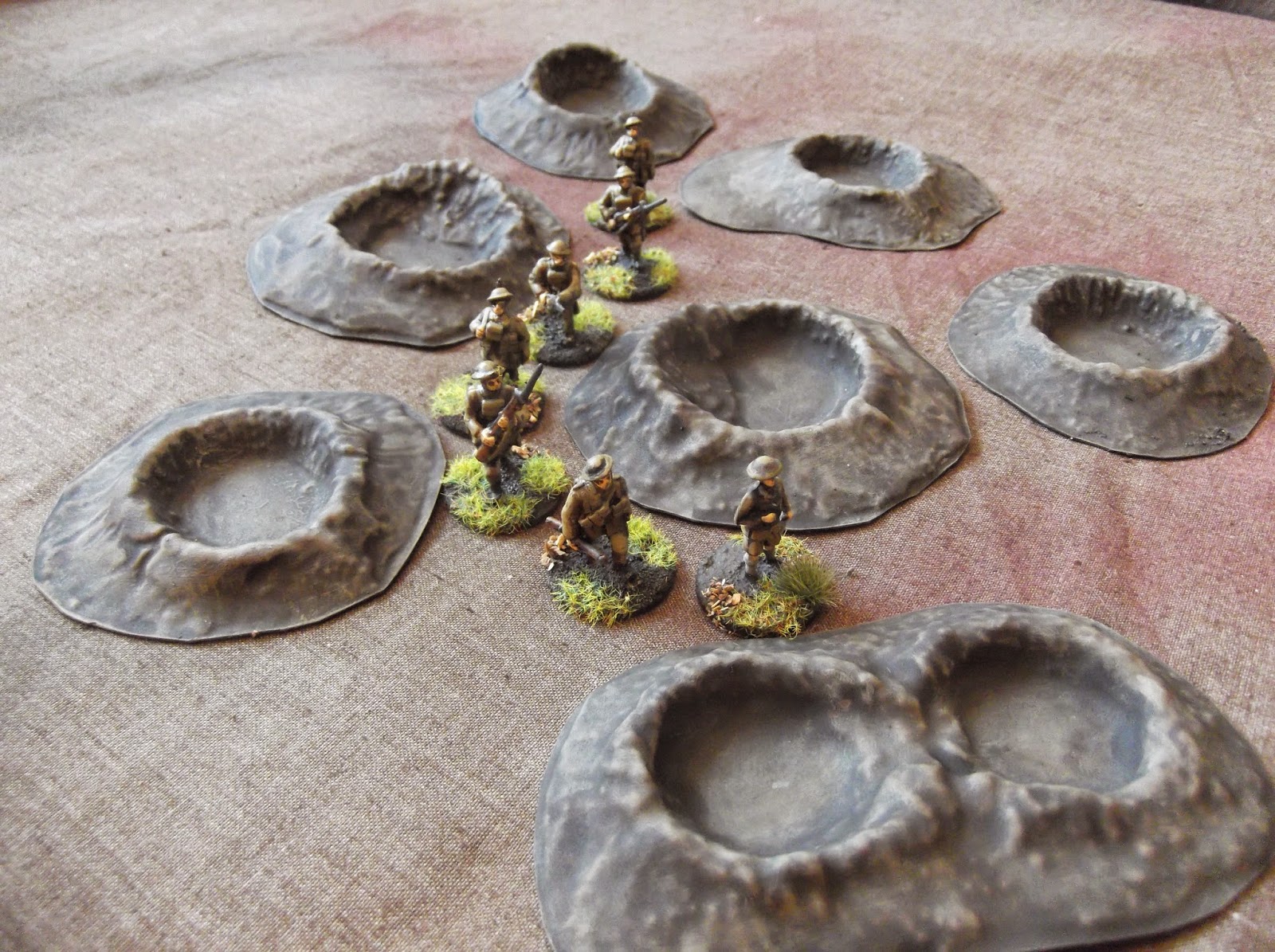 They were undercoated in grey spray paint, then painted in Vallejo German Camouflage Black Brown, which was then heavily dry brushed with Khaki and finally German Camo Beige. The last stage was to simply inkwash them in Army Painter Dark Shade. I was going to add some sand to the edges to blend them into the table more but I don't think they really need it. Simple and effective and a change from Soviet uniforms...

Thanks for looking!
Labels: 15mm 20mm Square Bashing Terrain Through the Mud and the Blood WW1