The Glorious Defenders of Stalingrad

The German attackers of Stalingrad are almost done, there are a few more units left to paint but the back of that part of the project from the attackers point of view is broken. As a desperately needed change of tack from painting seemingly endless Feldgrau, I started on the Soviet defenders of the the beleaguered city.  Obviously, the defenders number far less than the attackers and the battalion sizes are far more reduced than their German opposites, so all in all this shouldn't take too long to complete. The main defenders of the city are the 308th Rifle Division and this is made up of four understrength battalions along with a few support weapons. I completed the first battalion of seven men this afternoon. 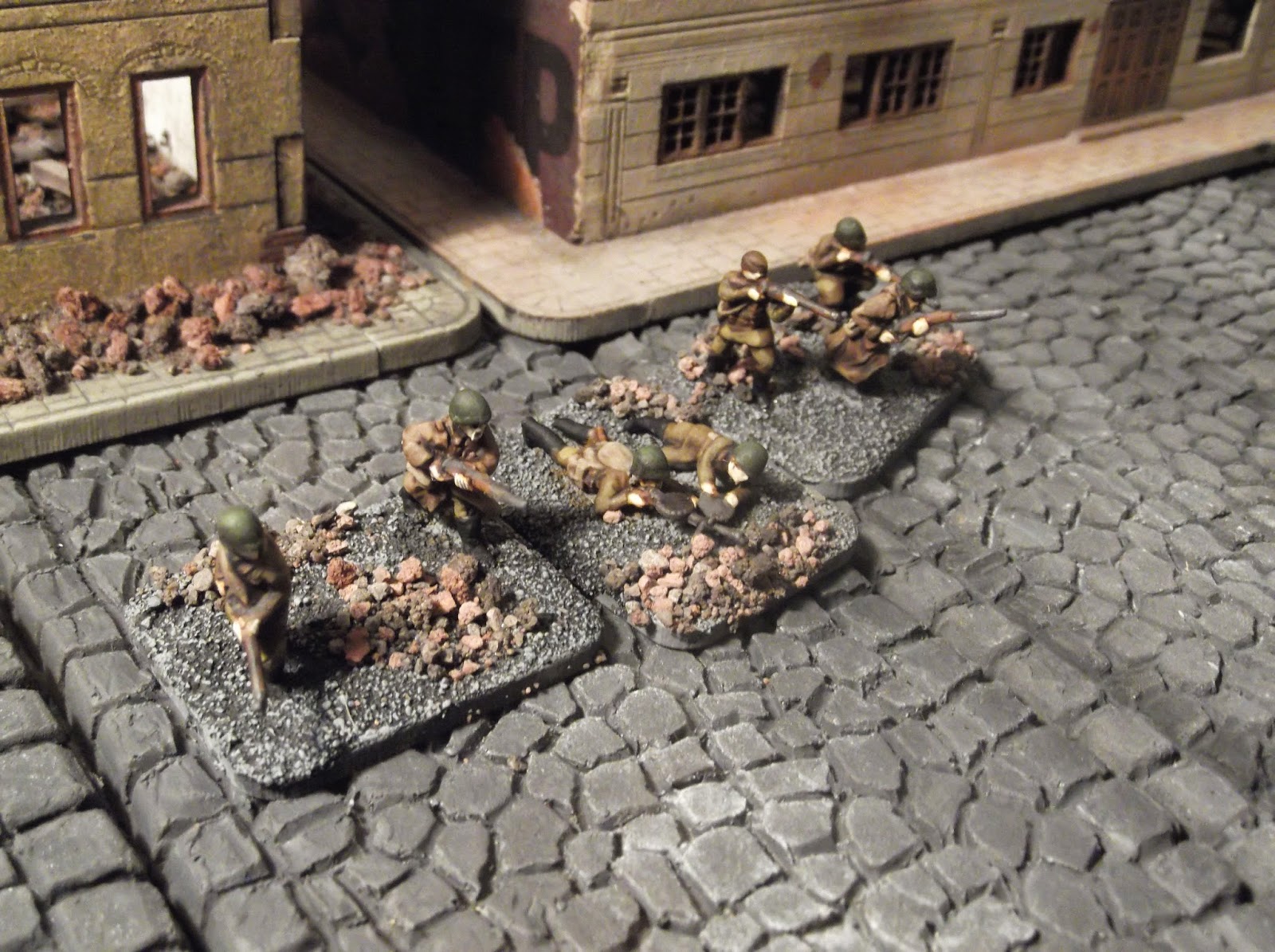 And their support units of a anti-tank rifle and Maxim MMG. 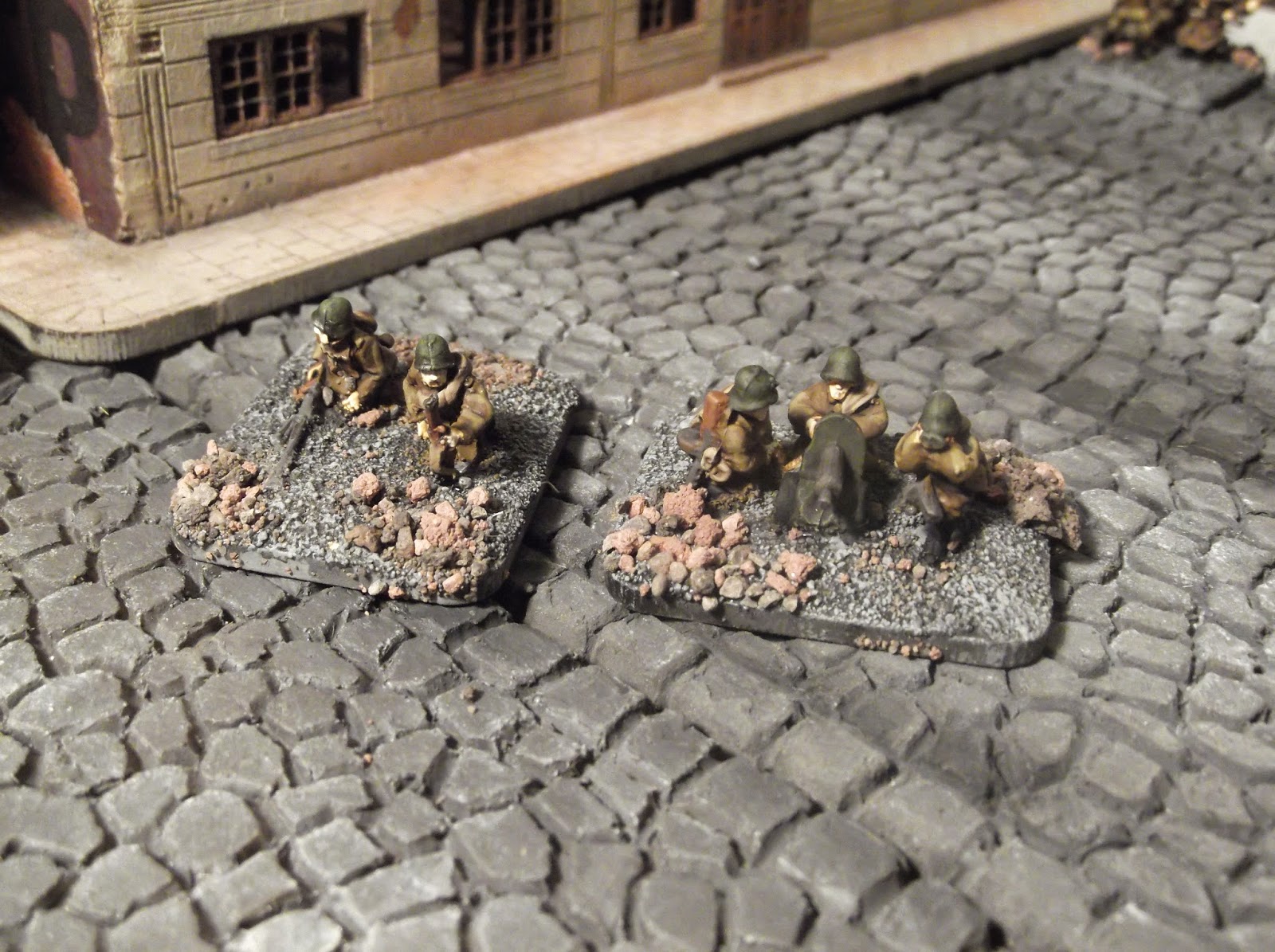 The whole battalion comprises of only twelve figures (Rapid Fire! uses a ratio of 1 to 15), demonstrating what dire straights the defenders of Stalingrad were actually in during October of 1942. The figures are a mix of Plastic Soldier Company, Peter Pig and Command Decision. The main bulk of them came from the PSC Russian Infantry set which I have had laying around for literally years now. The other figures all came from leftovers in the lead mountain, except the greatcoated infantry. These were gifted to me by Ninjasaurus Rex, who was insistent that I use some figures in greatcoats, for reasons known only to him. I wasn't complaining though, they add a bit of flavour to the unit. 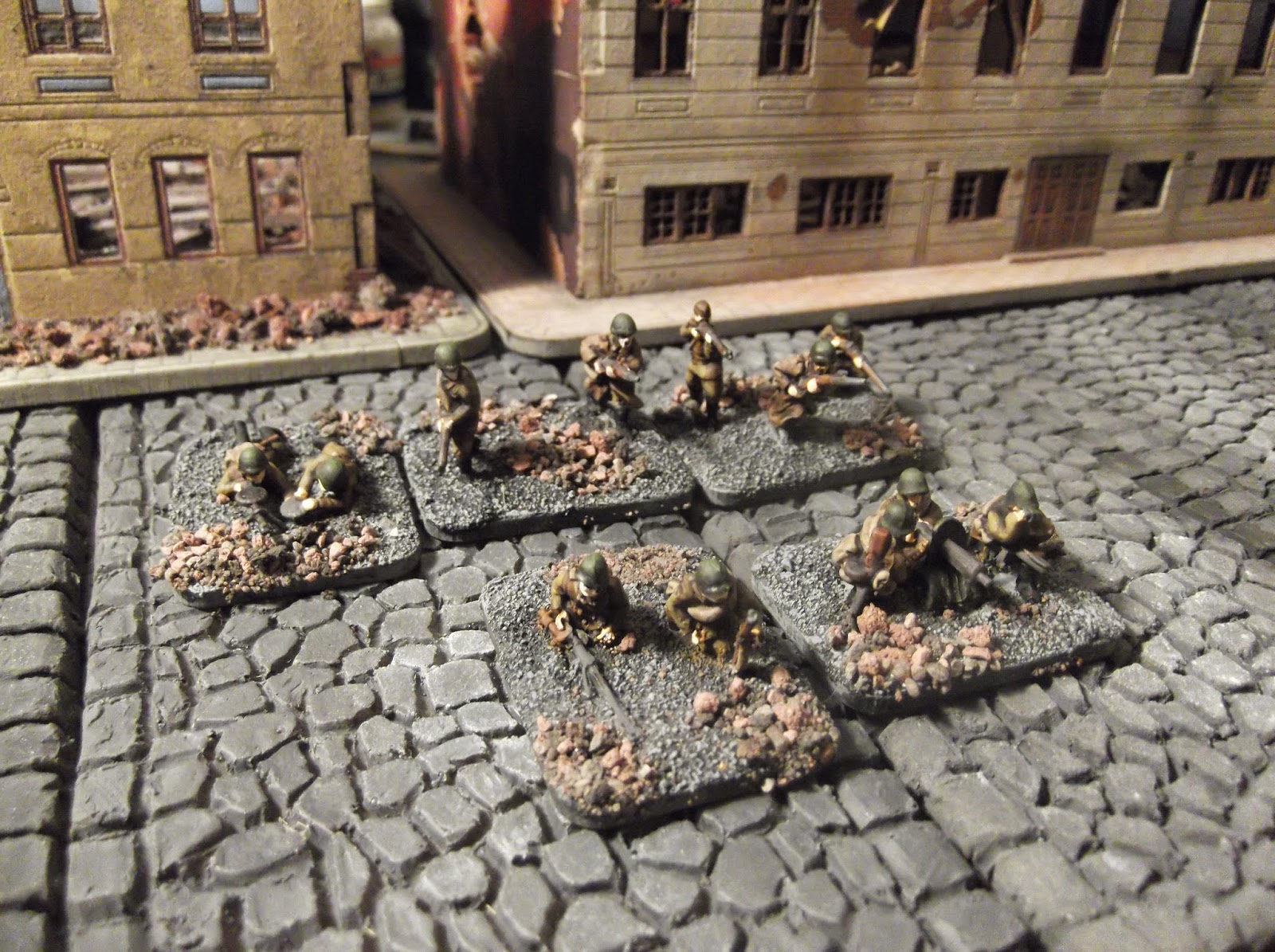 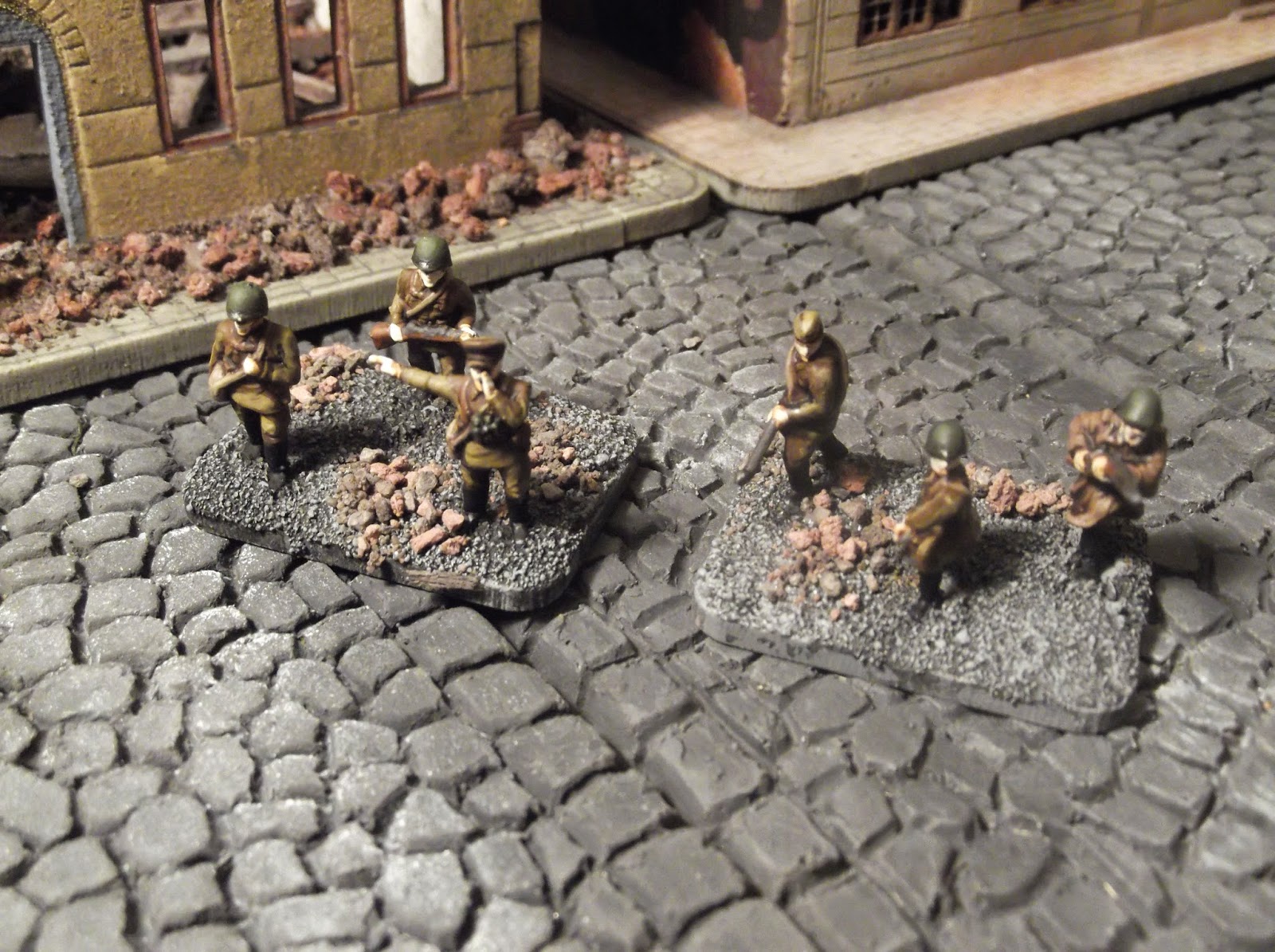 A small but significant start, I think. The paints I used were all from Vallejo and colours were sourced from this blog that I stumbled across: WW2 Painting Guide: Russian Infantry. Uniforms and trousers were all painted in English Uniform, highlighted with Khaki Grey. Canvas bags and other equipment was German Camo Beige, with straps and belts painted in Flat Earth.

There are three more similar sized battalions to complete, along with an SMG company and the support weapons for the 308th, so we are not there yet, but thanks for looking!
Labels: 15mm Command Decision Infantry Peter Pig Plastic Soldier Company Rapid Fire Russia Soviet Stalingrad Work in Progress WW2