As I have been gathering figures to refight Stalingrad, I have also been working on some of the scenery, when I can. I already have a lot of ruined buildings, but you can never have enough in my opinion...

Along with a couple of German guns, my mate also gave me a couple of resin buildings, in exchange for a load of Japanese figures. I have no idea of the manufacturer of these buildings, but there are two separate models here, both being a quarter of a ruined building. I attached the two destroyed walls to a 6 inch square vinyl tile to give the impression of the front and back to a damaged building. The front wall had to be trimmed down as the original base was wider than 6 inch and I tied the two models together with some pollyfilla, which was then painted with PVA and sand. 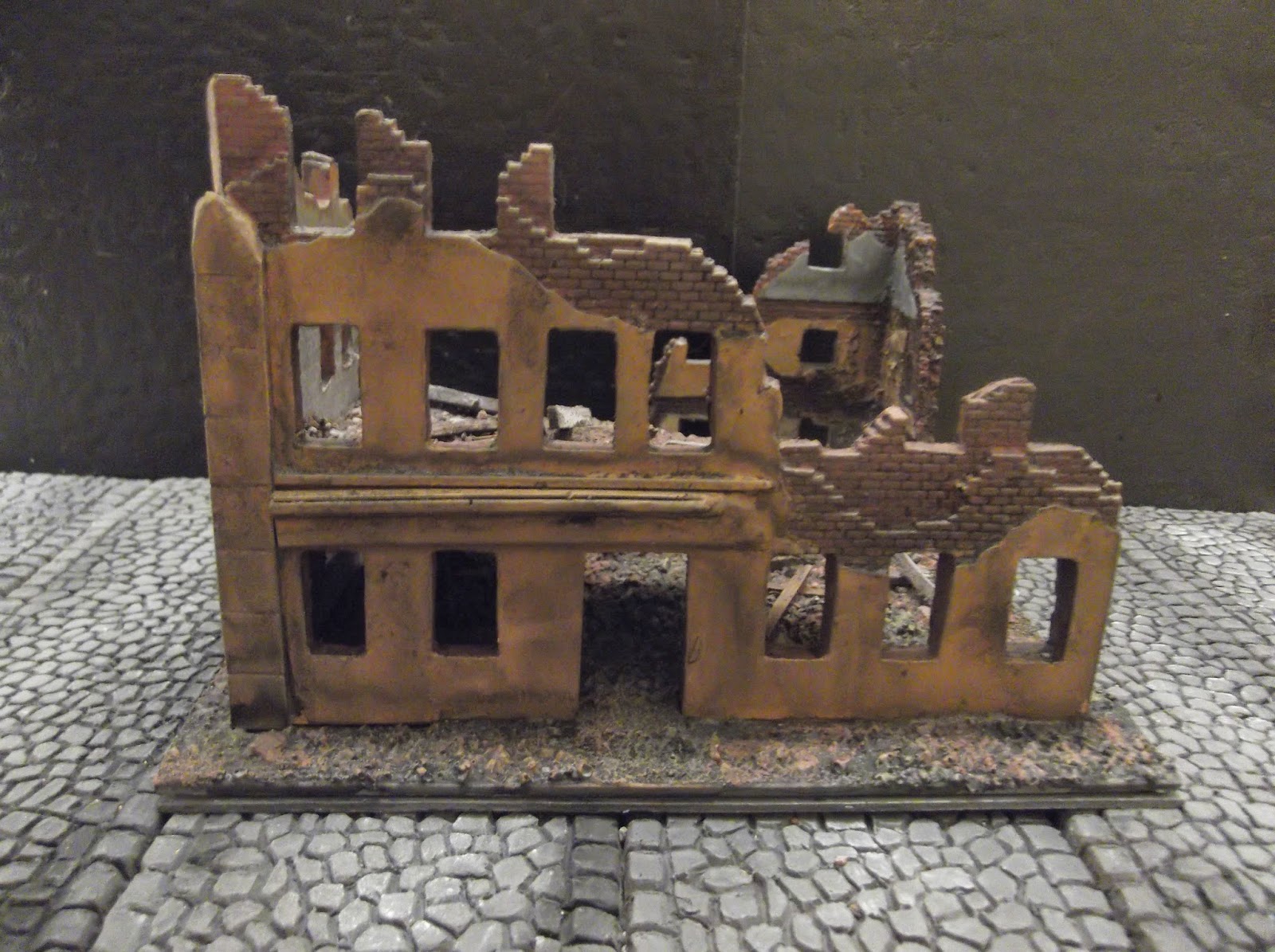 Once this was dry I added more rubble, from my own home made concoction which was originally developed by Ninjasaurus Rex. Then I added shattered wooden beams to give the rubble some flavour. 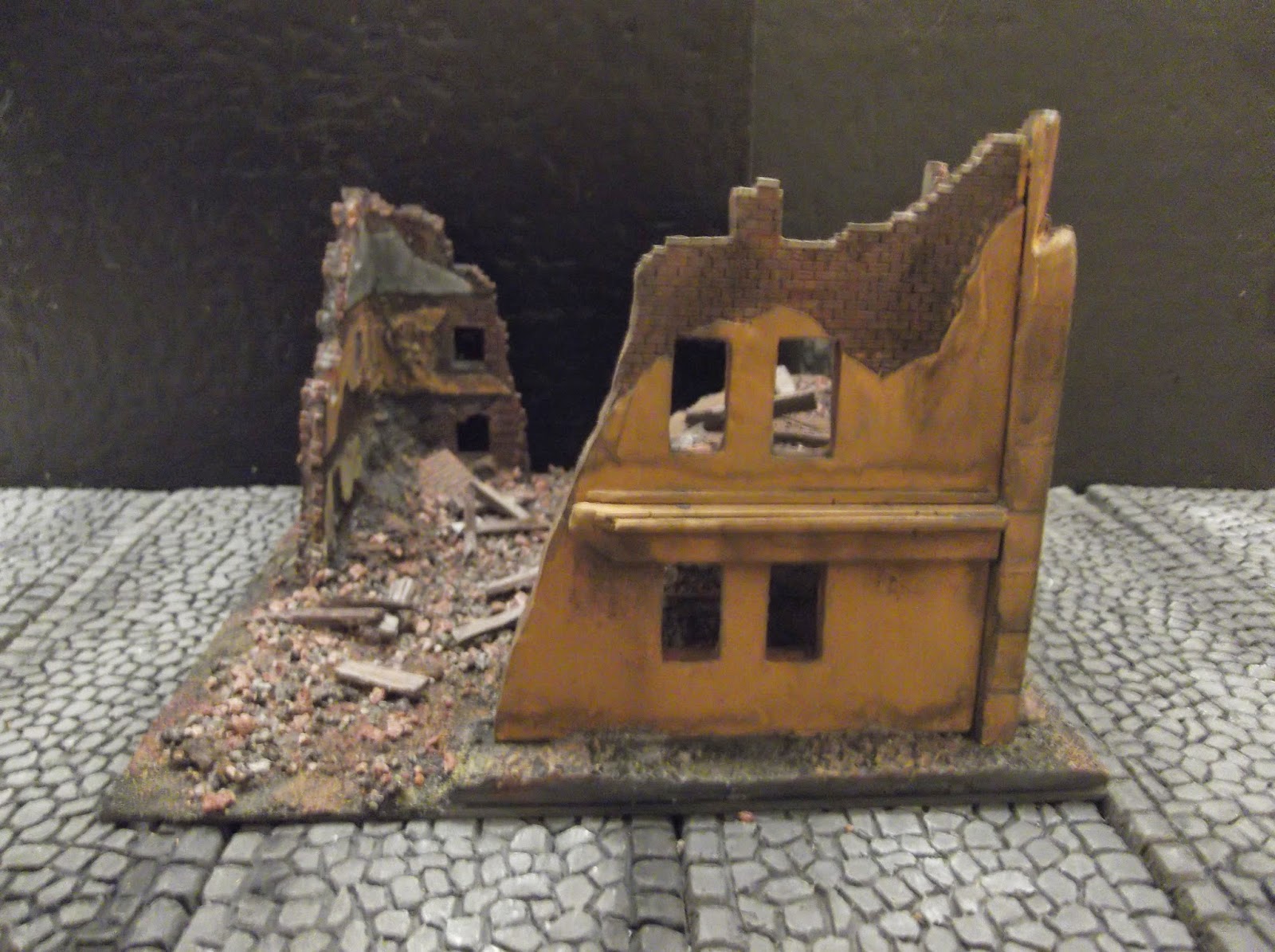 The second model looks like an unrendered rear of the building, so although the front and rear don't match exactly, it is still a possibility that they are from the same building.

The front of the building had a floor remaining and I included this to give occupying figures more space. 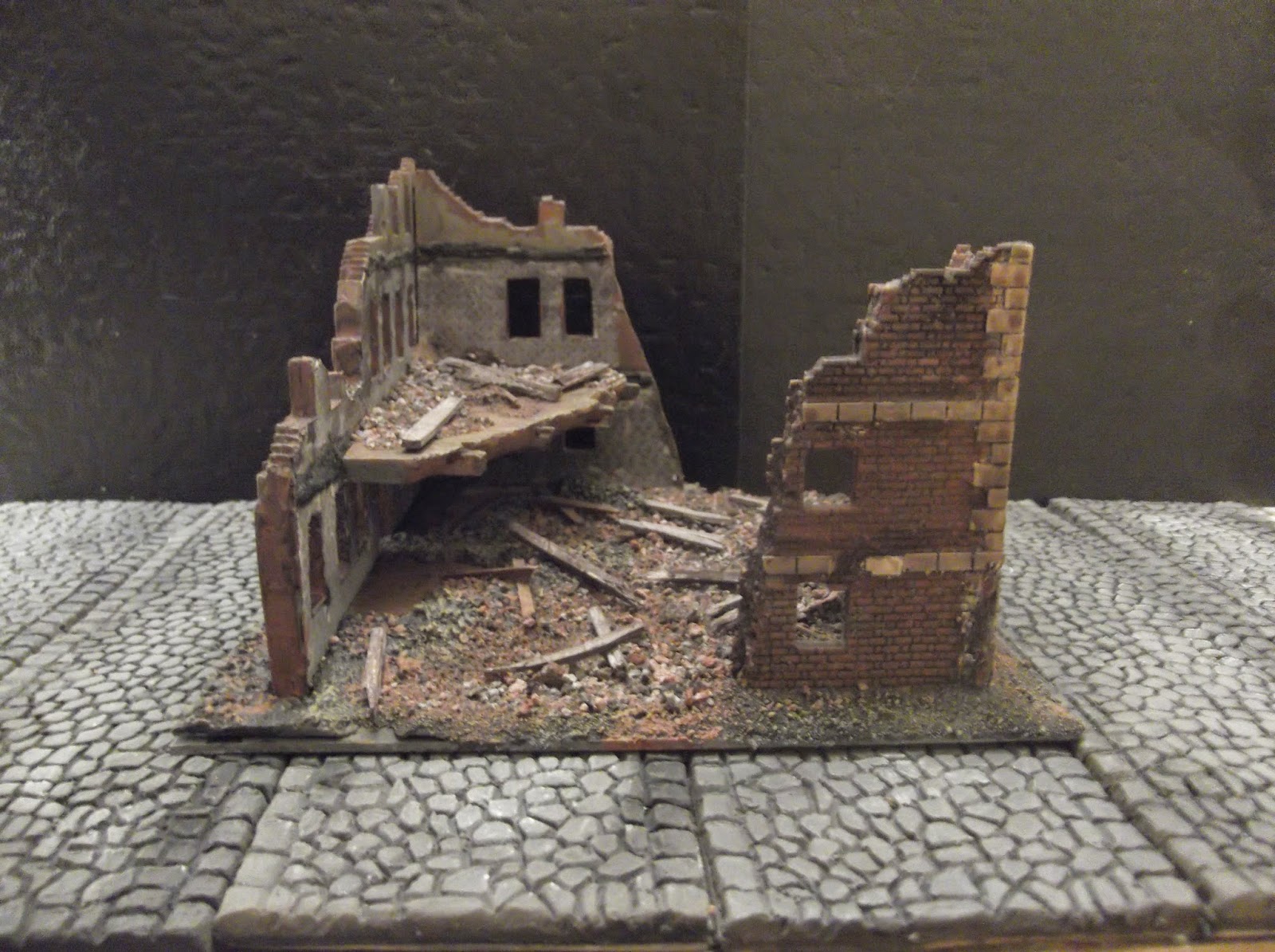 And finally, how the model looks from above, the rubble strewn floor and upper floor level. 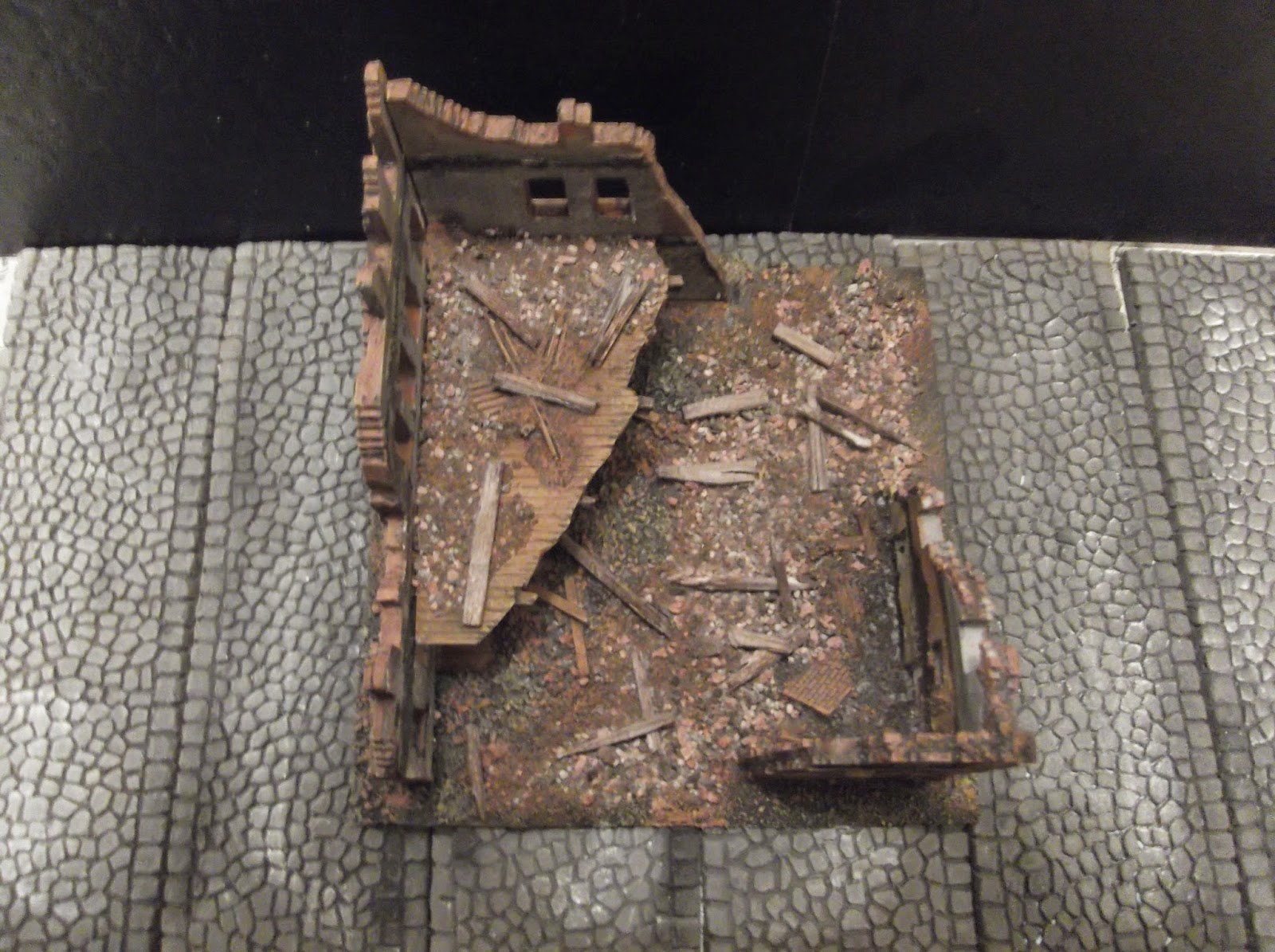 The base gives the impression of a raised pavement and this will fit very nicely in with the other ruined buildings I have. Thanks for looking!
Labels: 15mm Rapid Fire Russia scenery Stalingrad WW2