Heroes of the Soviet Union

This third battalion of the 308th Rifle Division signals that I am about three quarters of the way through finishing this formation completely. Along with the other battalions this one is a battered version of the full battalion, being reduced to about the size of a company. 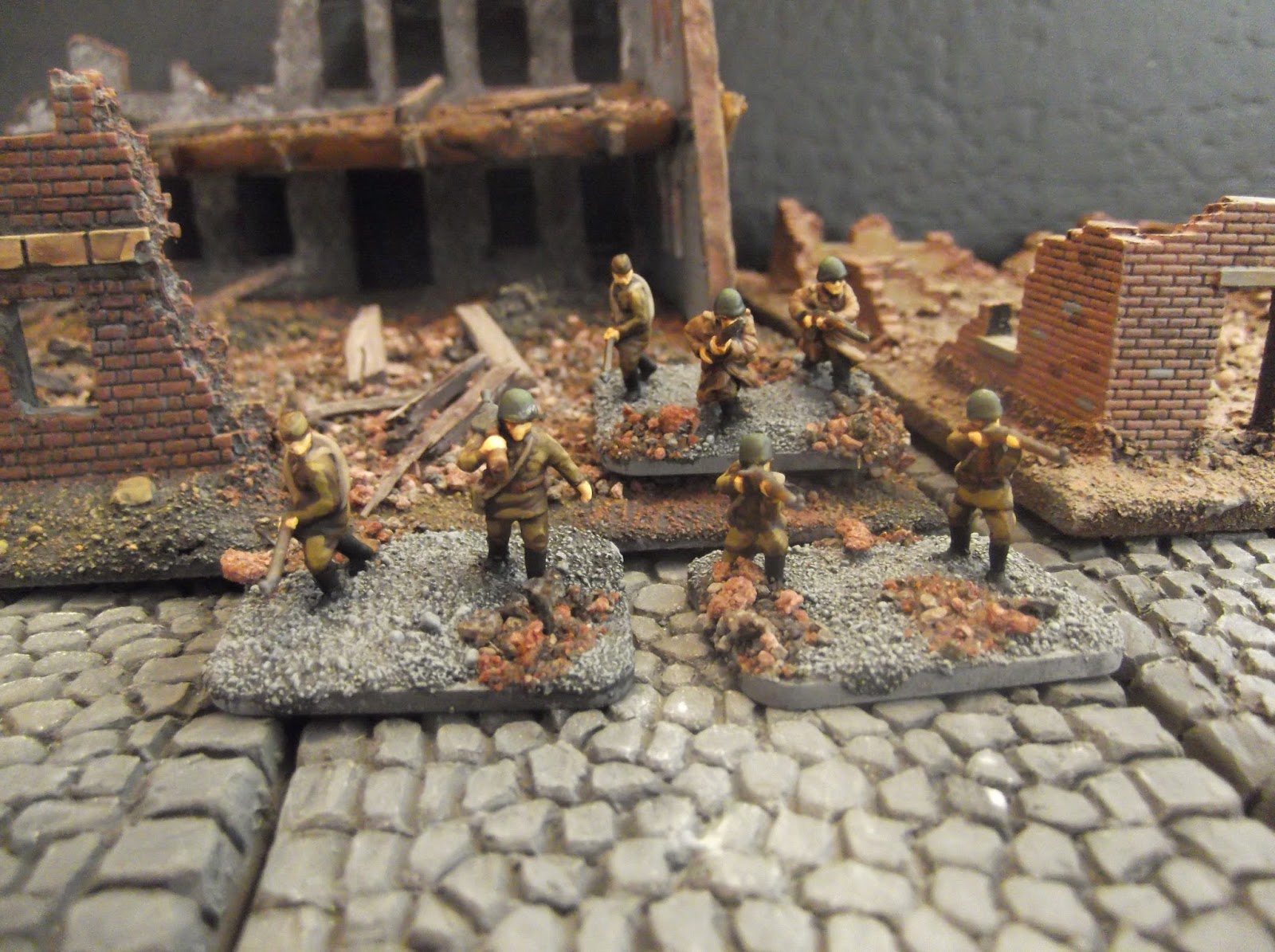 The core riflemen has a strength of seven Heroes of the Soviet Union, a mix of Peter Pig and Plastic Soldier Company figures. 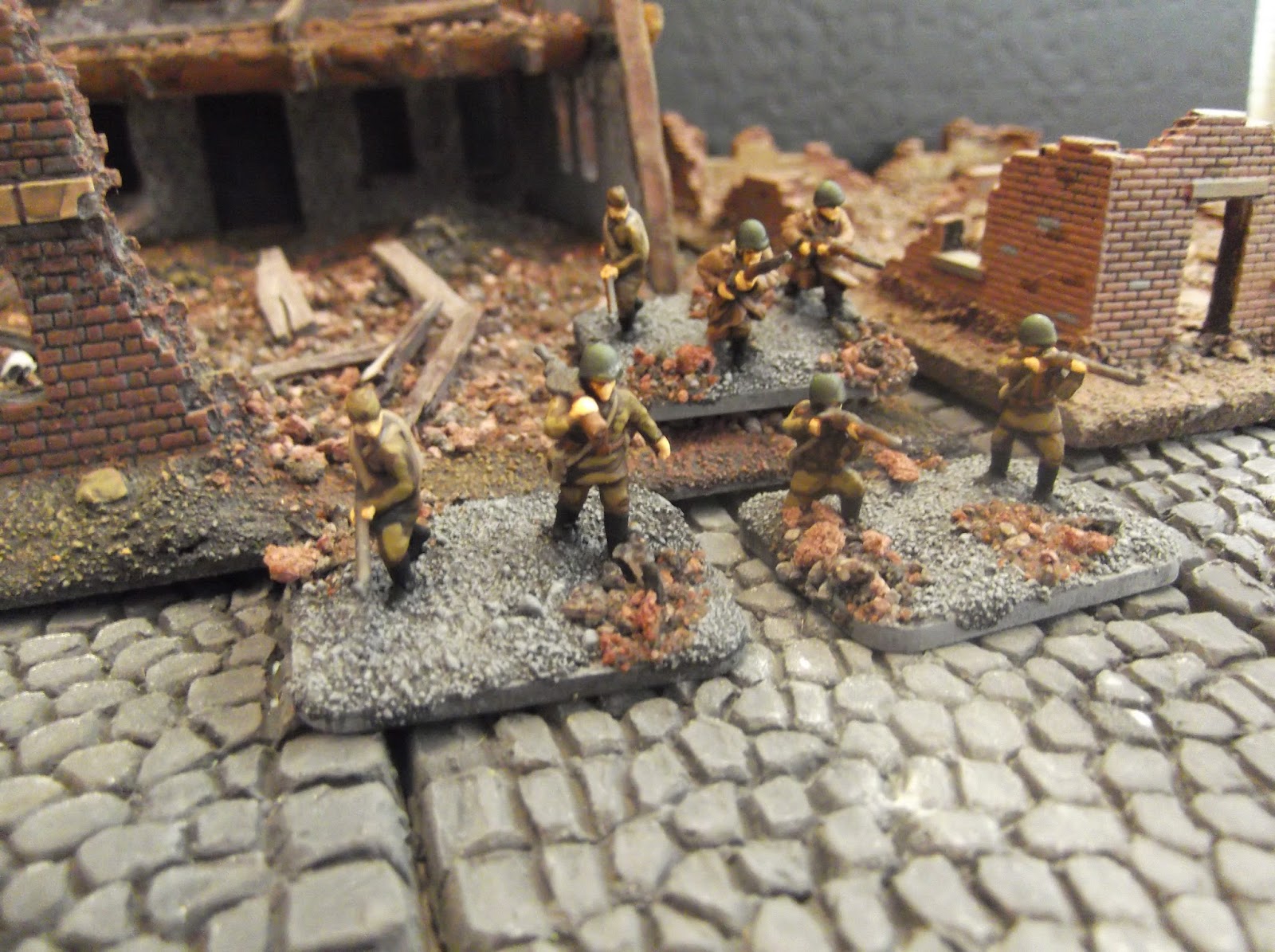 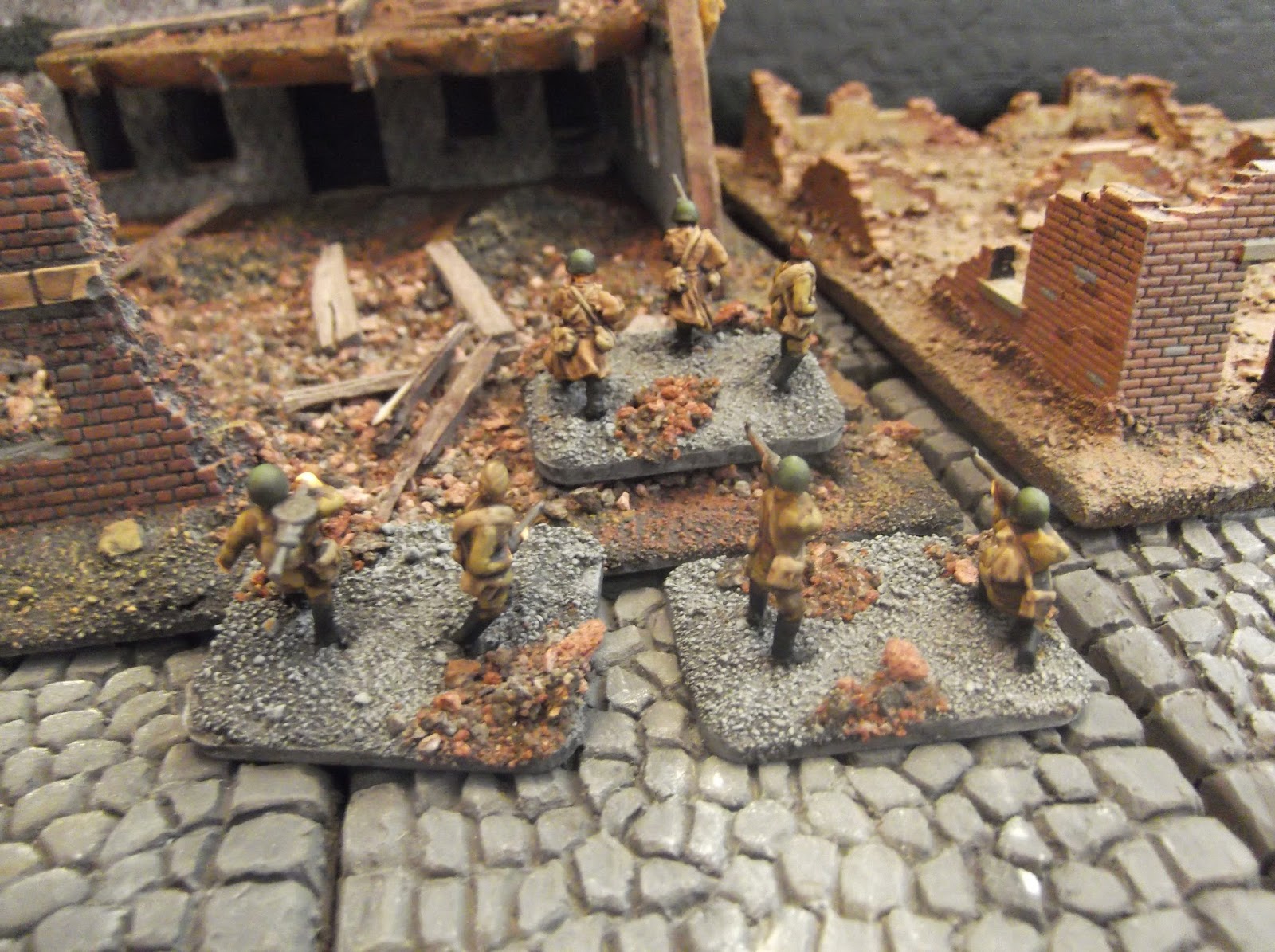 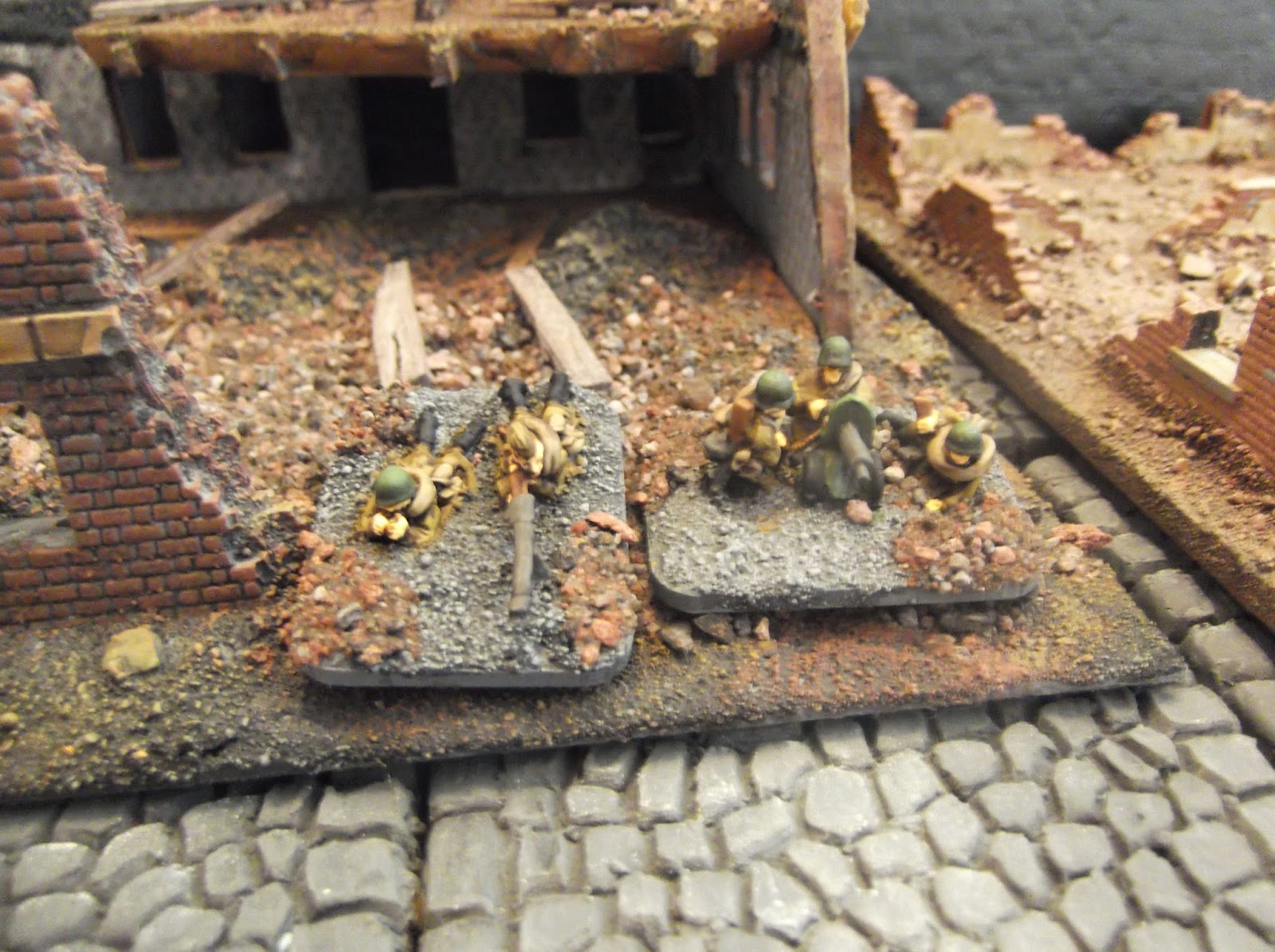 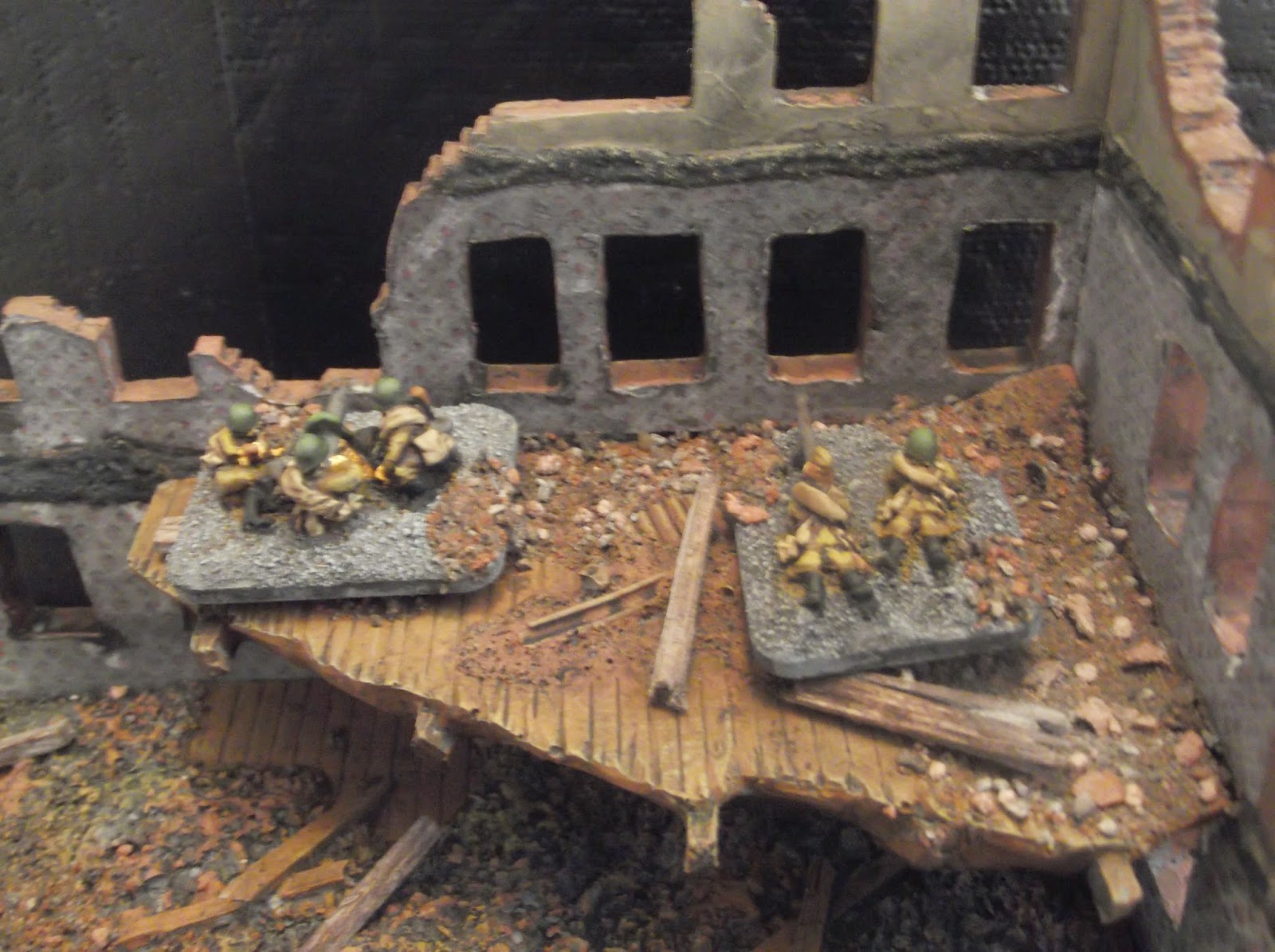 The total battalion numbers only twelve men, about the size of normal rifle company. 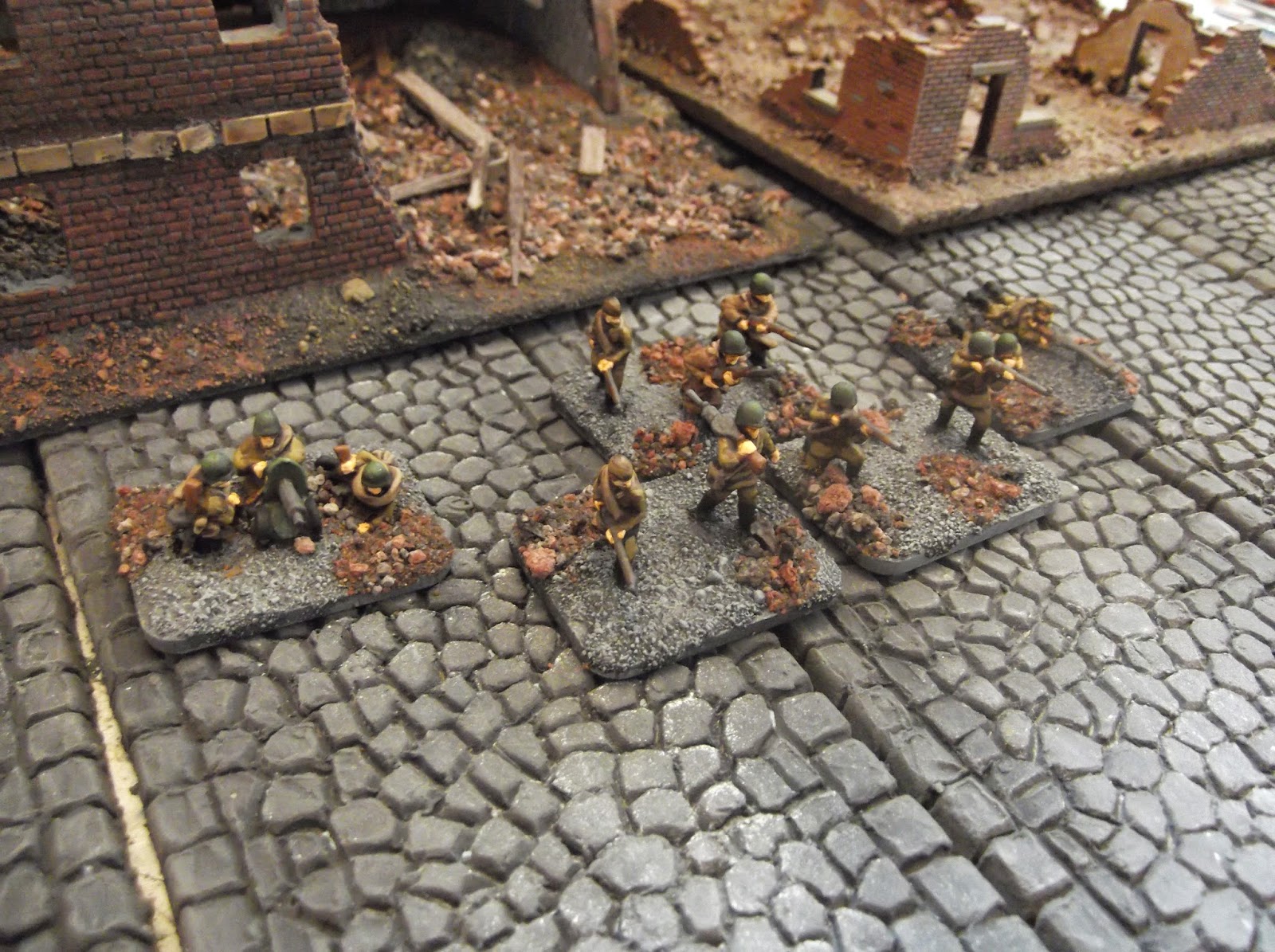 There is another similar battalion to add along with some submachine gunners and the support elements to finish off the 308th Div, but that is for another day!

And finally, although there are no snipers in the Rapid Fire! army lists I am using to build these forces, I figured every Stalingrad needs a Vasily Zaytsev. This sniper team was bought maybe a decade ago and I never really found a use for them, until now. 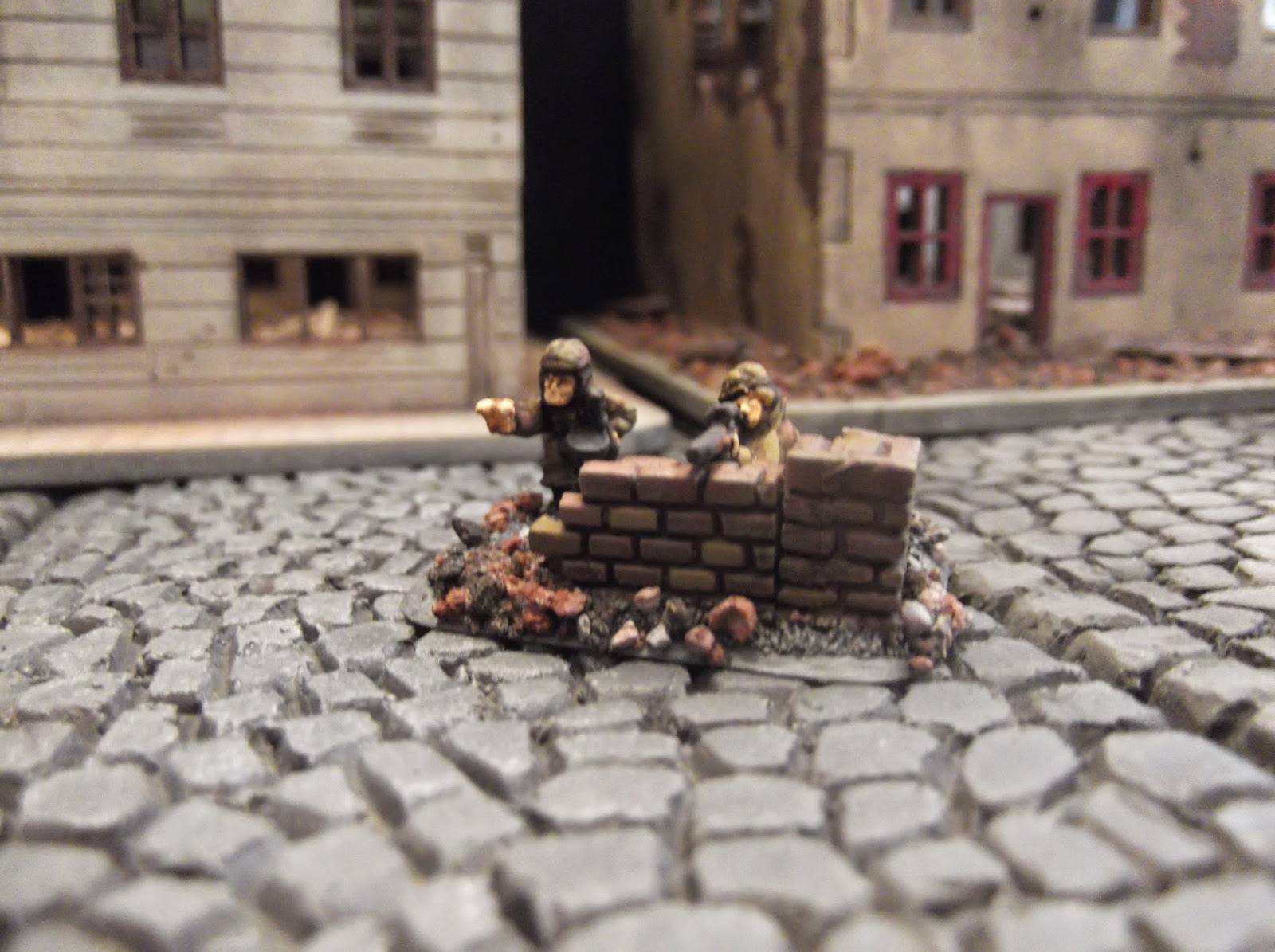 The set comes from Battlefront, part of a larger sniper group. 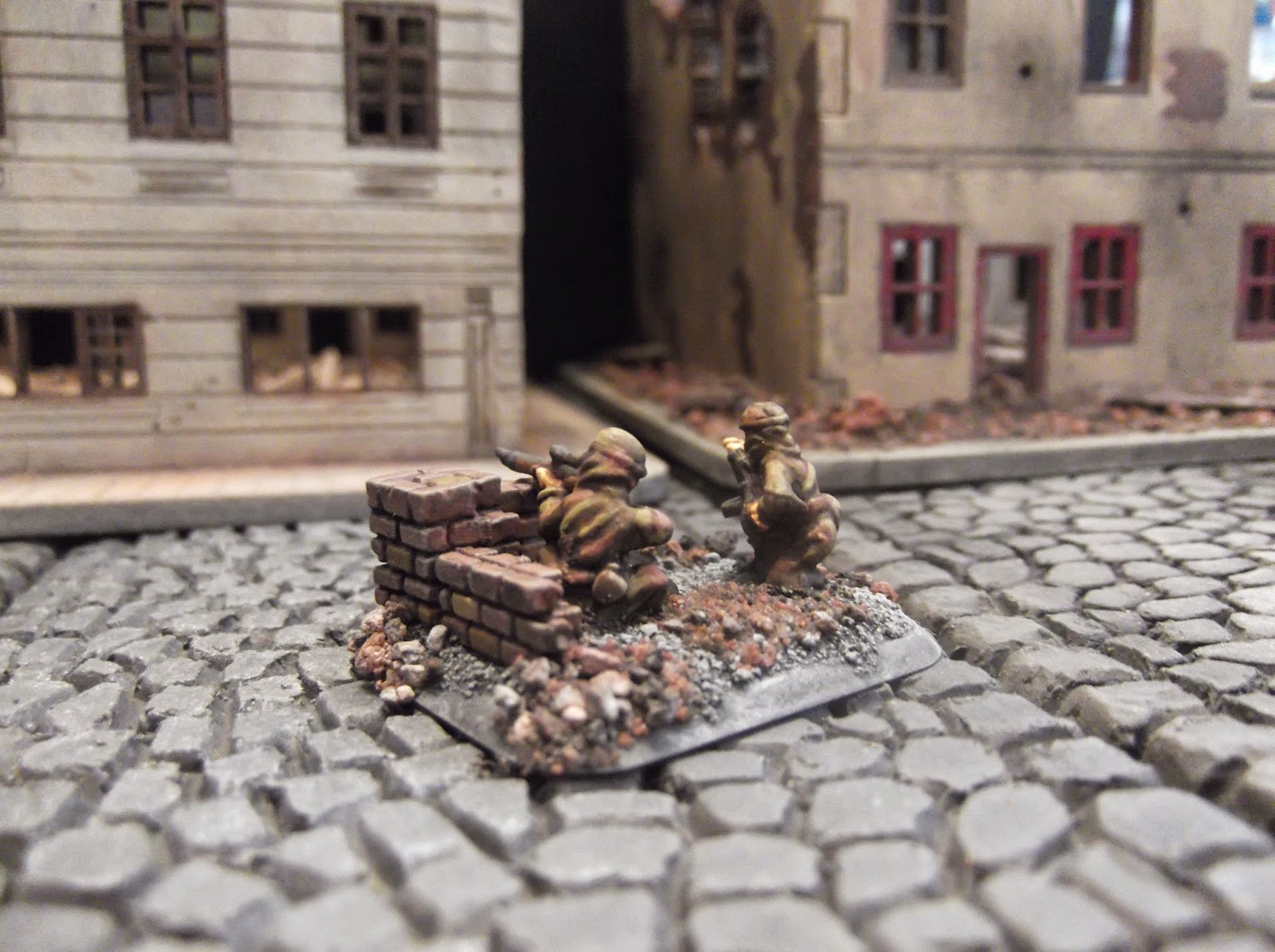 The ruined wall that came with the figures fits in well with Stalingrad, so I thought the team would add another layer of danger for the Germans! 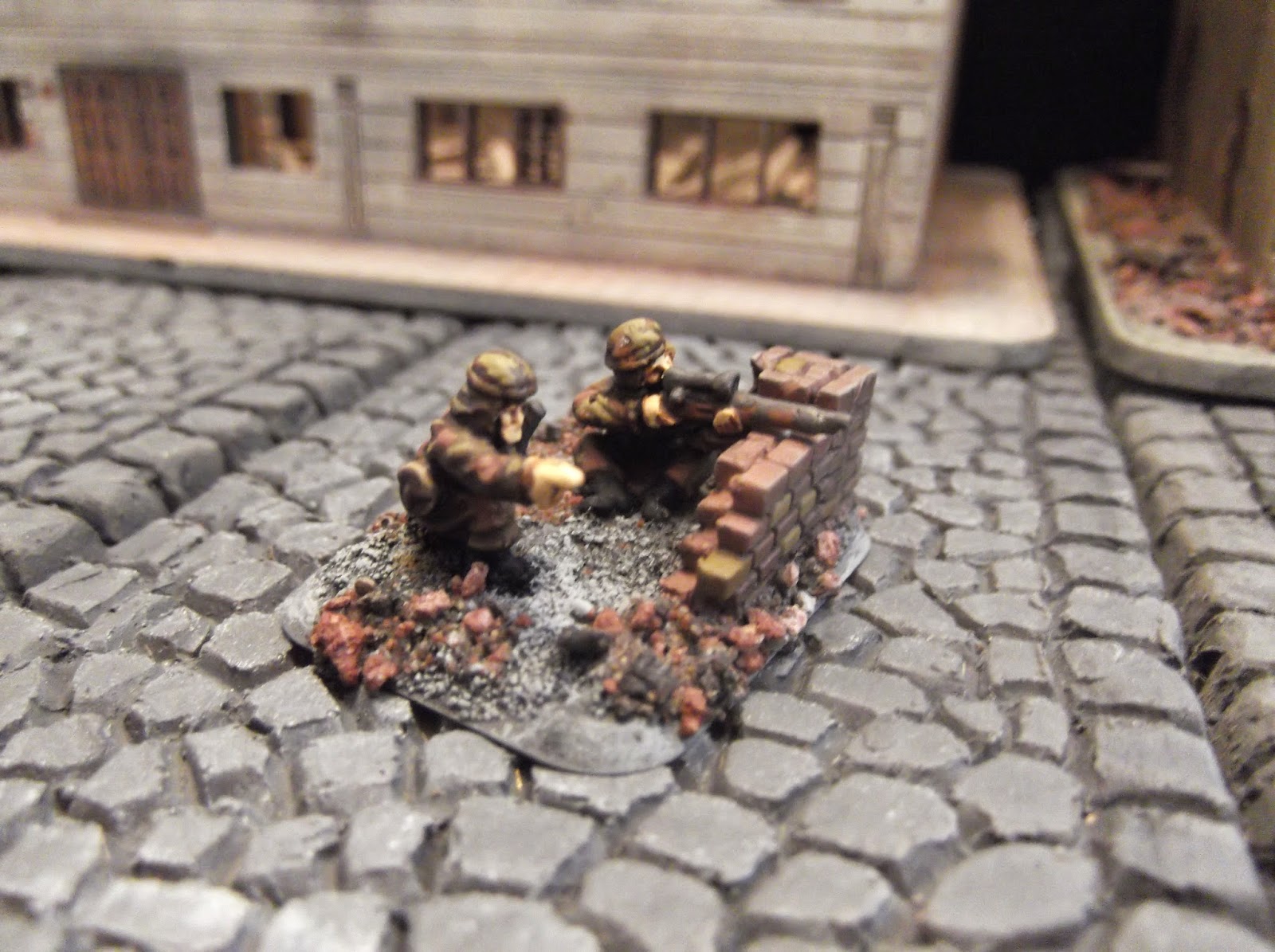 Now, if I can find a figure of Major Erwin König we can reenact the mythical duel between the two snipers...

I have also made the rubble mix that I use available for sale on ebay, please have a look HERE.
Labels: 15mm Command Decision Peter Pig Plastic Soldier Company Rapid Fire Russia Soviet Stalingrad Work in Progress WW2