The initial defending Soviet force in the Stalingrad scenario includes a unit of factory militia, this was good as it gave me a chance to paint some non-uniformed figures. For these I bought a couple of sets of Eureka's Soviet Partisans from Fighting 15s and they arrived in less than a week, a great service. This is the first time I have bought any of Eureka's miniatures, but it won't be the last. They are really nice figures, well posed and well proportioned and appear to be true 15mm in height.

My needs were very small, only fifteen figures in total and the unit included the HQ of a CO plus three figures. The CO figure was painted wearing Soviet uniform (including a peaked cap with a red band to mark him out) whilst the rest of the men wear a collection of civilian clothes and appropriated military gear. 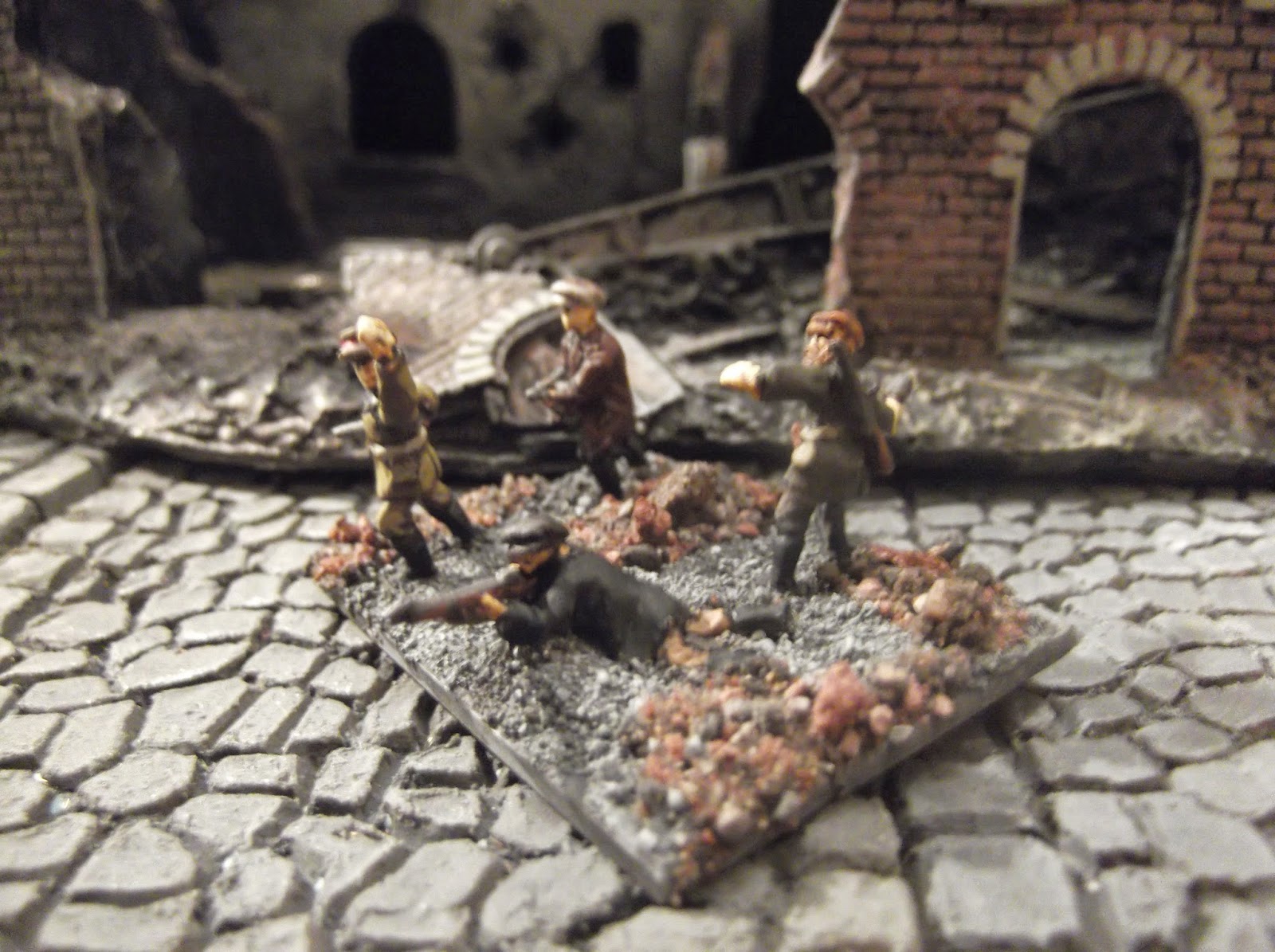 The rest of the unit is made of two battalions each of only four men, again wearing a mix of civilian and military clothing. You may notice that they are also mounted on a larger than normal base, this is because I wanted all four men in each unit to be close to one another to represent their tactical inflexibility as militia. 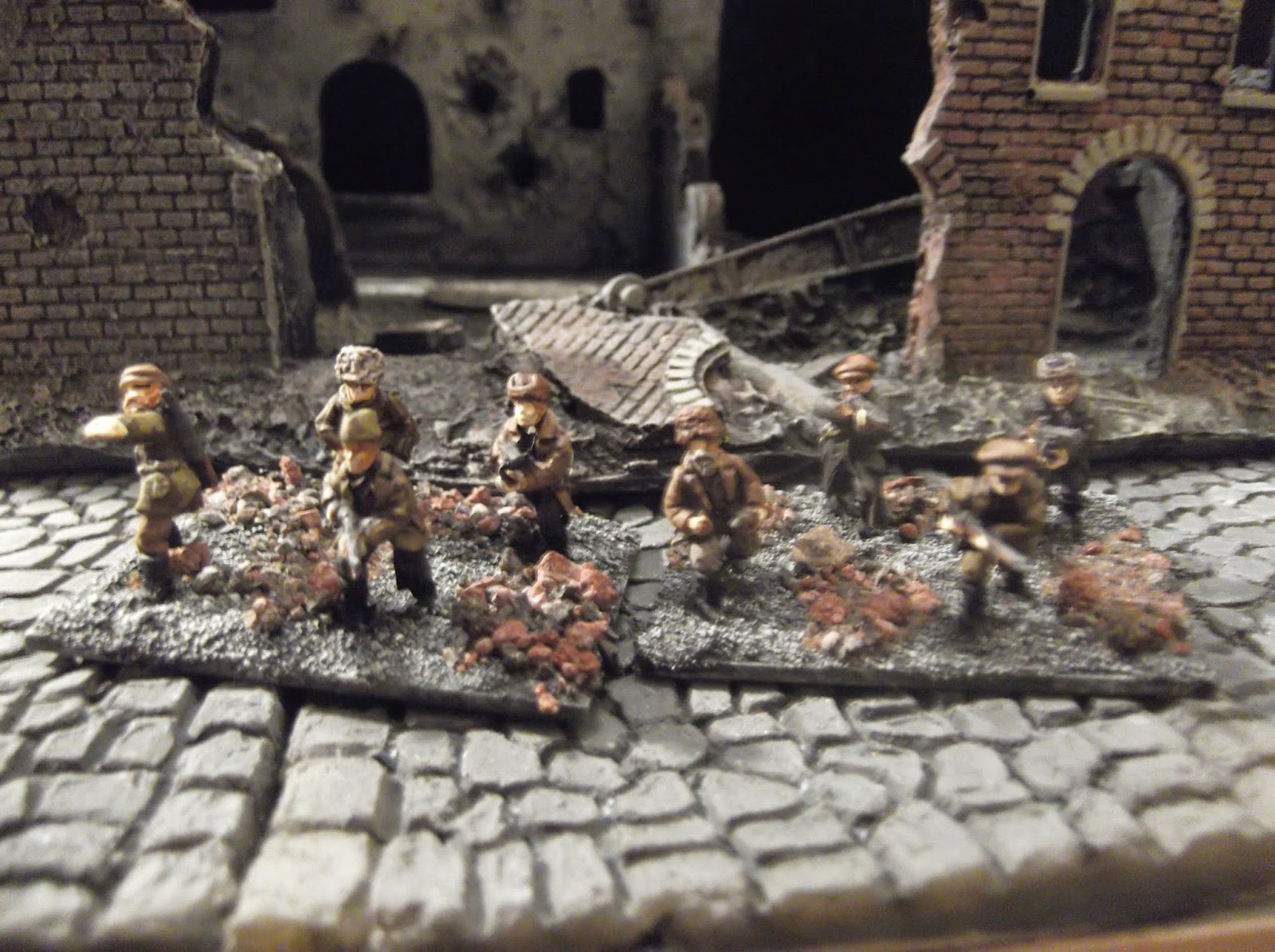 The unit is supported by an MMG, this came from Eureka as well and looks to me like an MG 08, a relic of the First World War or Civil War. It was probably procured from a museum... There was no joining belt of ammunition between the loader and gun, so I had to knock one up from a spare Plastic Soldier Company German machine gunner. 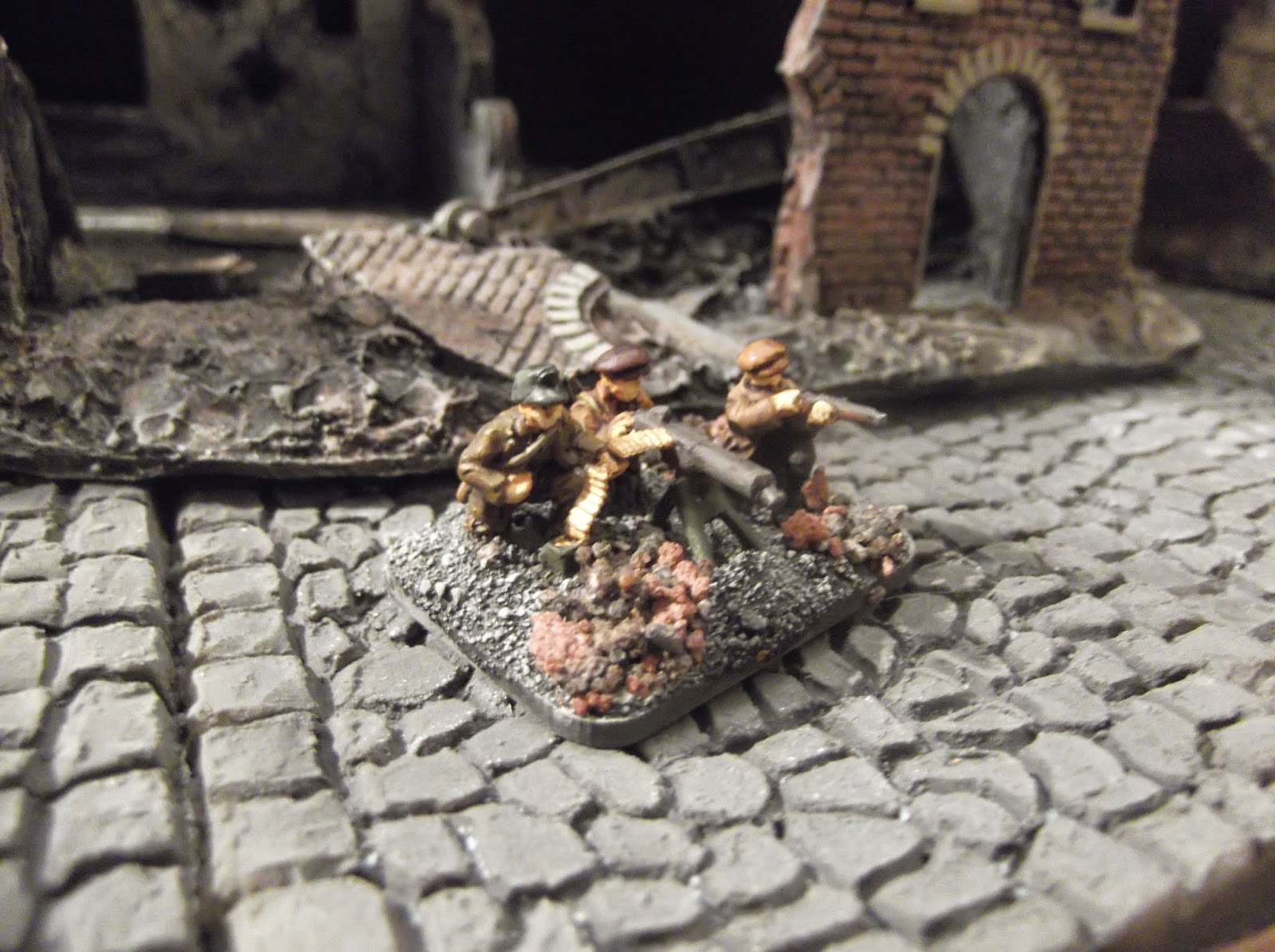 So another team of fighters joins the defence of the beleaguered city. 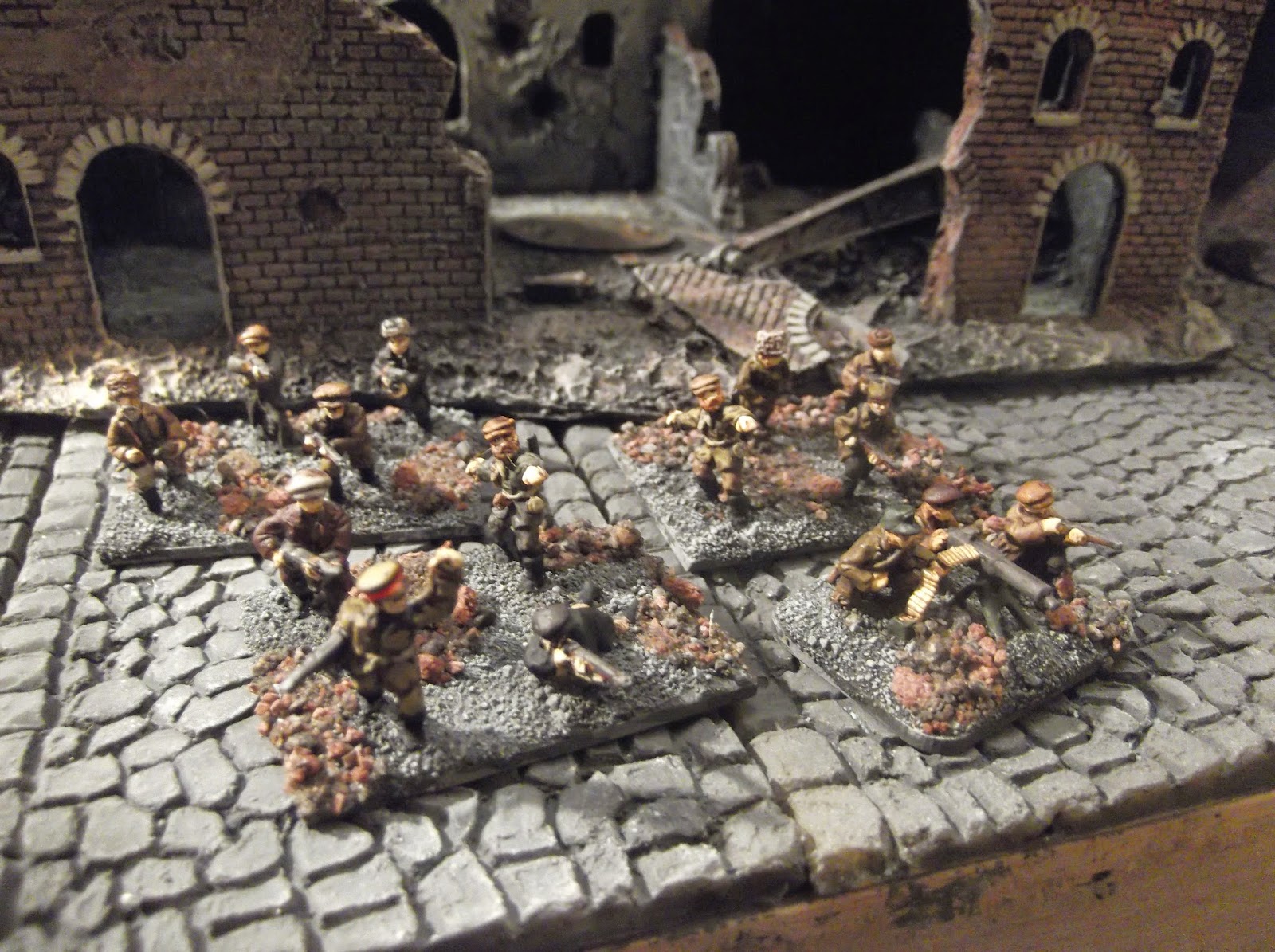 Thanks for looking! In case you were wondering about the rubble on the bases of the figures, I am selling bags of it on eBay in three different colours, please take a look HERE.