The slow upwards climb to get these two 'weekend' models finished is finally over with the completion of the second Albatros. As with the previous kit, this one was a bit of a faff at the end as well. The upper wing proved difficult to set in place correctly and I still don't think it's right. Whatever, it's close enough for me!

The plane is painted in the livery of Richard Flashar, commander of the elite Jasta 5 from June 1917 to May 1918. Flashar's only achieved two victories in the war, but the first one was scored on November 5 1914 when his observer Oblt Demuth shot down a Morane-Saulnier with a shotgun! It was Germany's first aerial victory of the war and both men were awarded the victory. 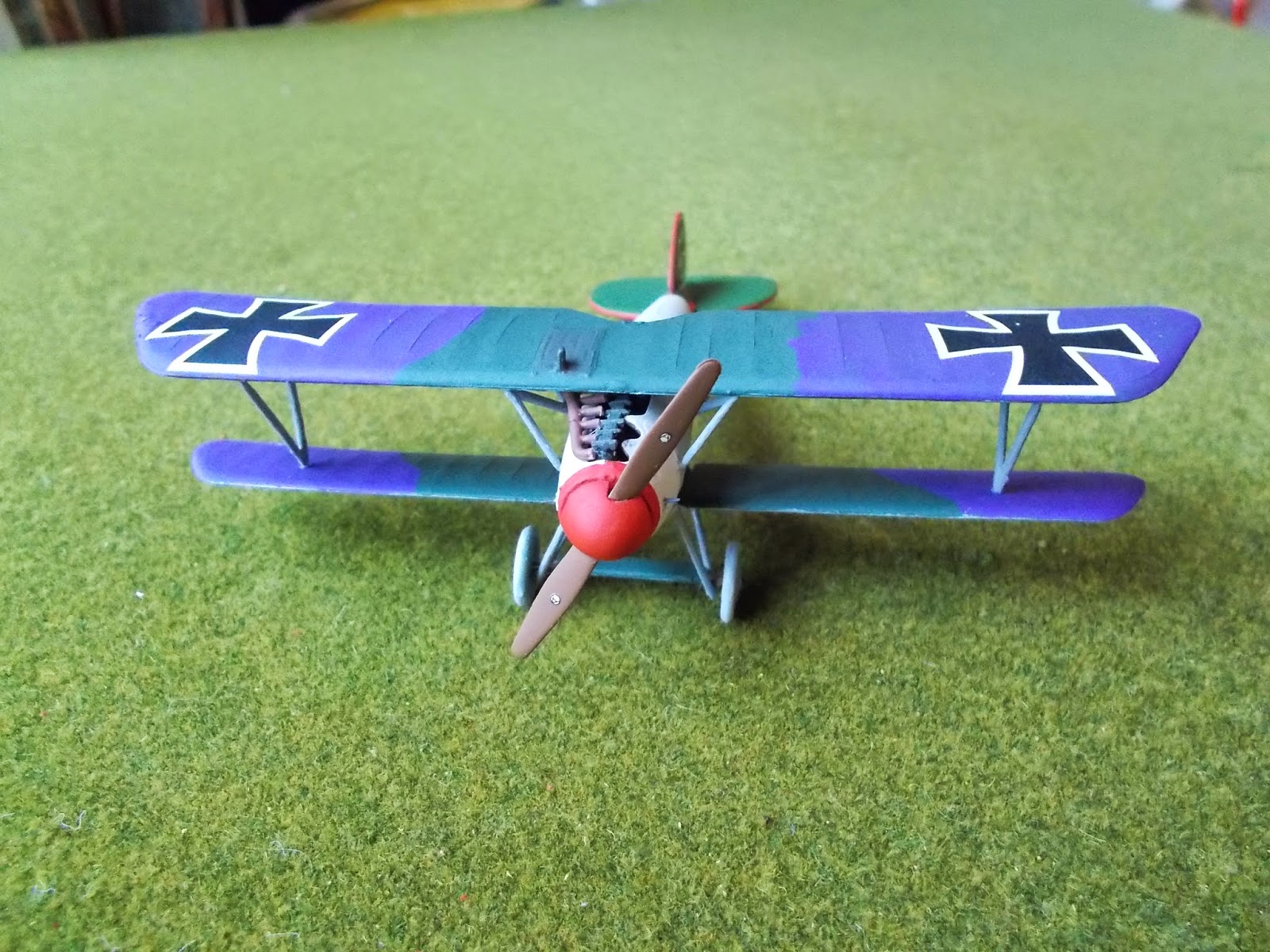 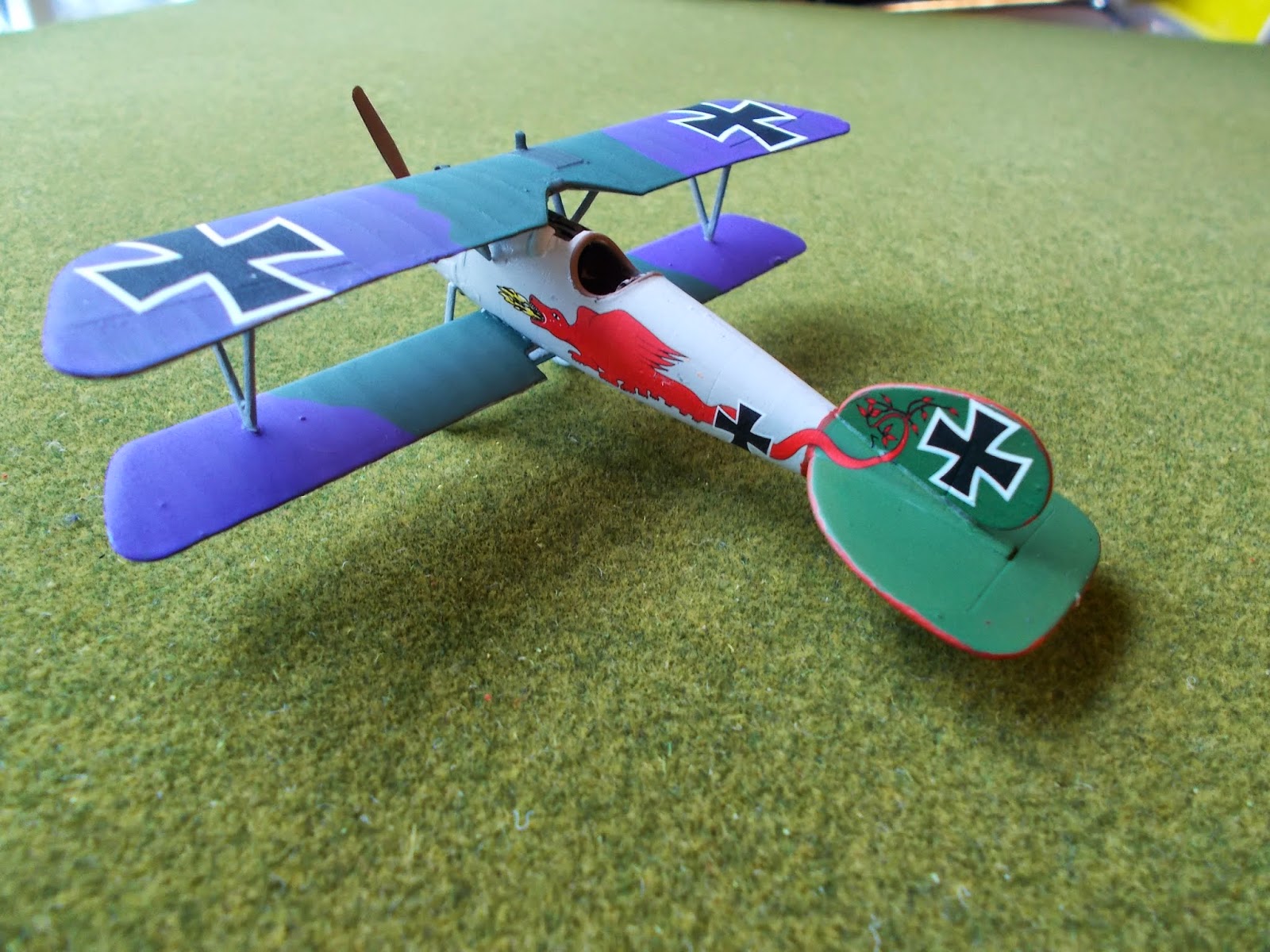 I particularly liked the striking dragon design on the fuselage which is why I chose this colour scheme for the aircraft. 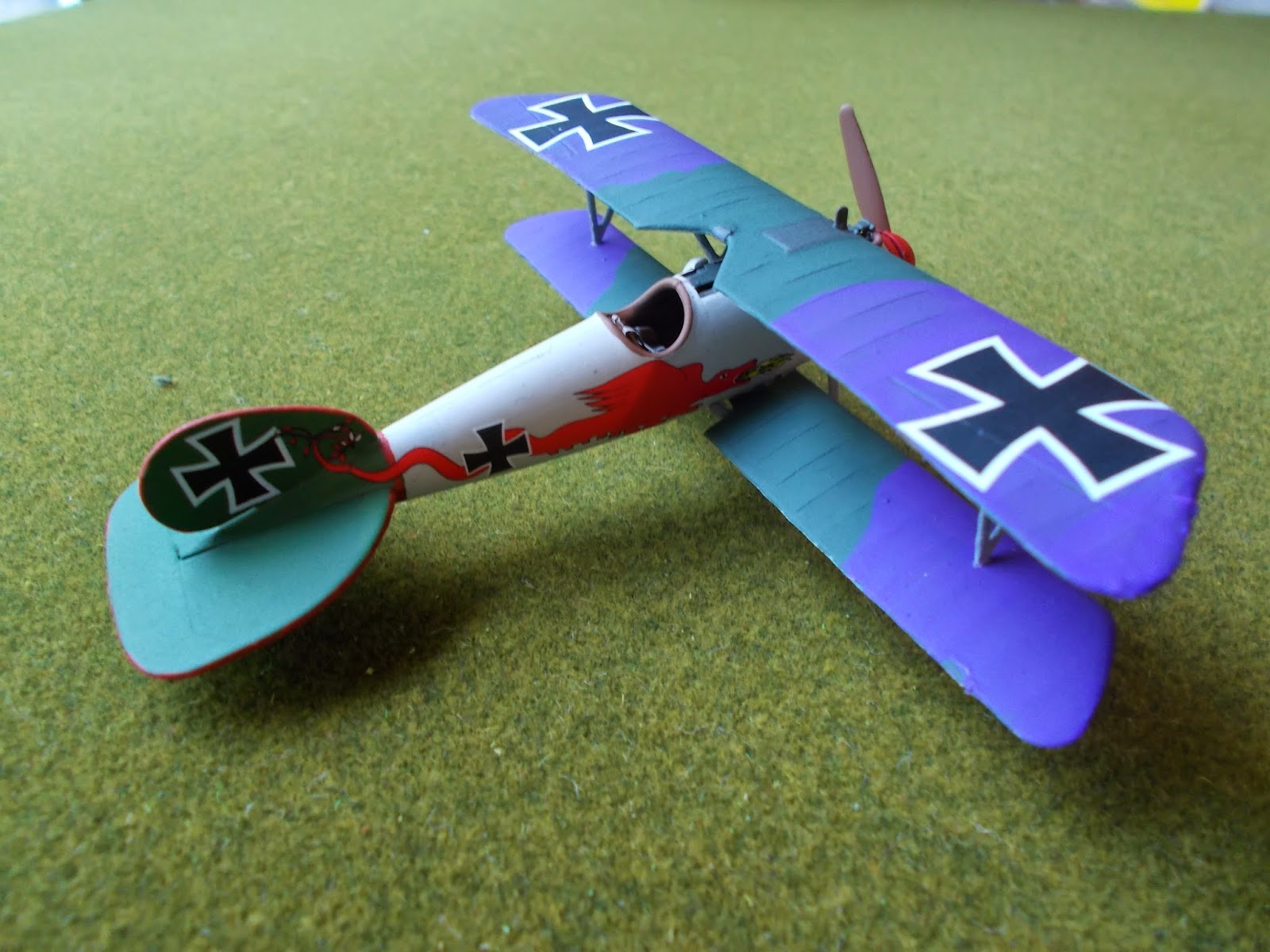 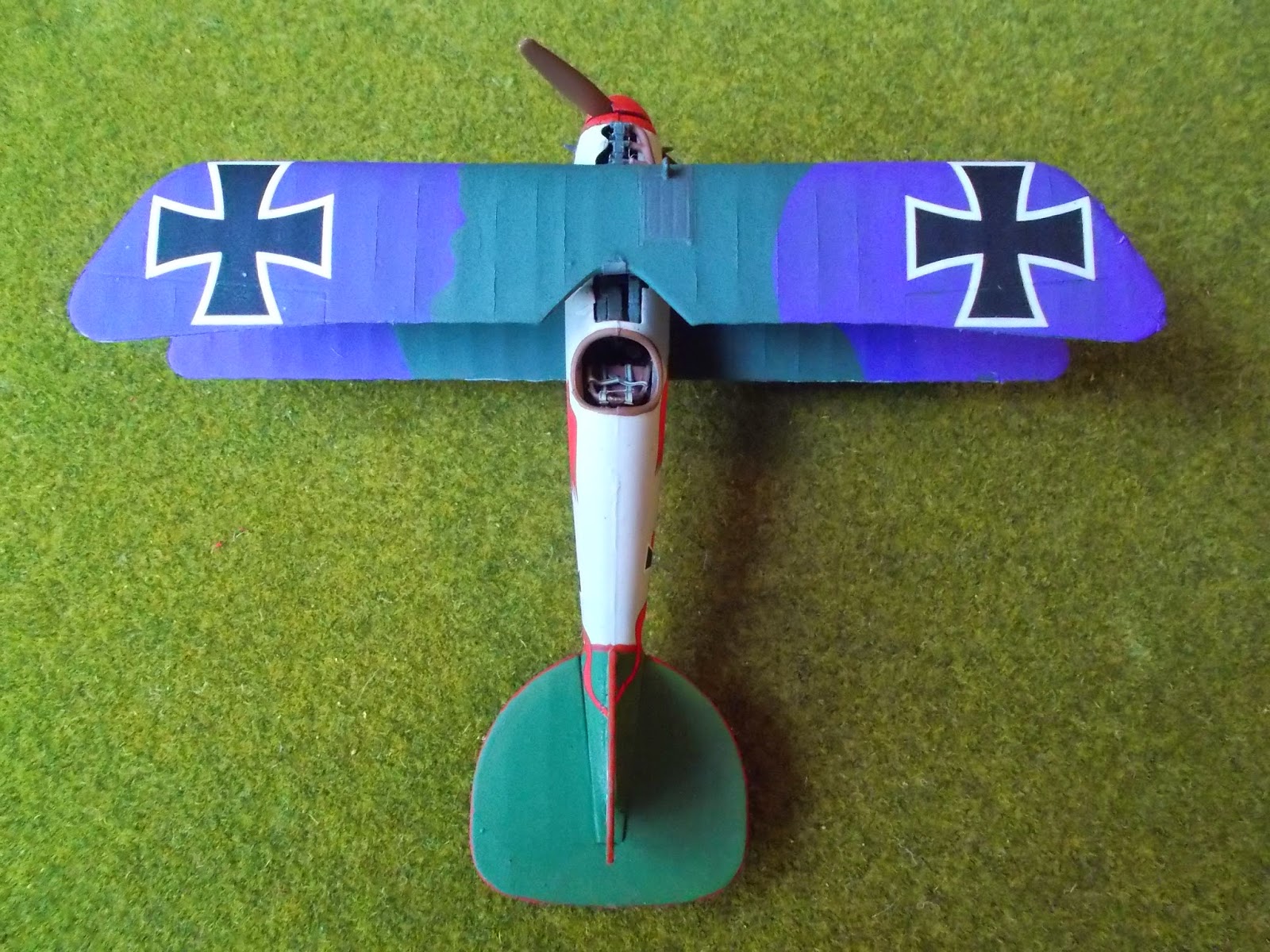 And here are the two birds from the same kit together. 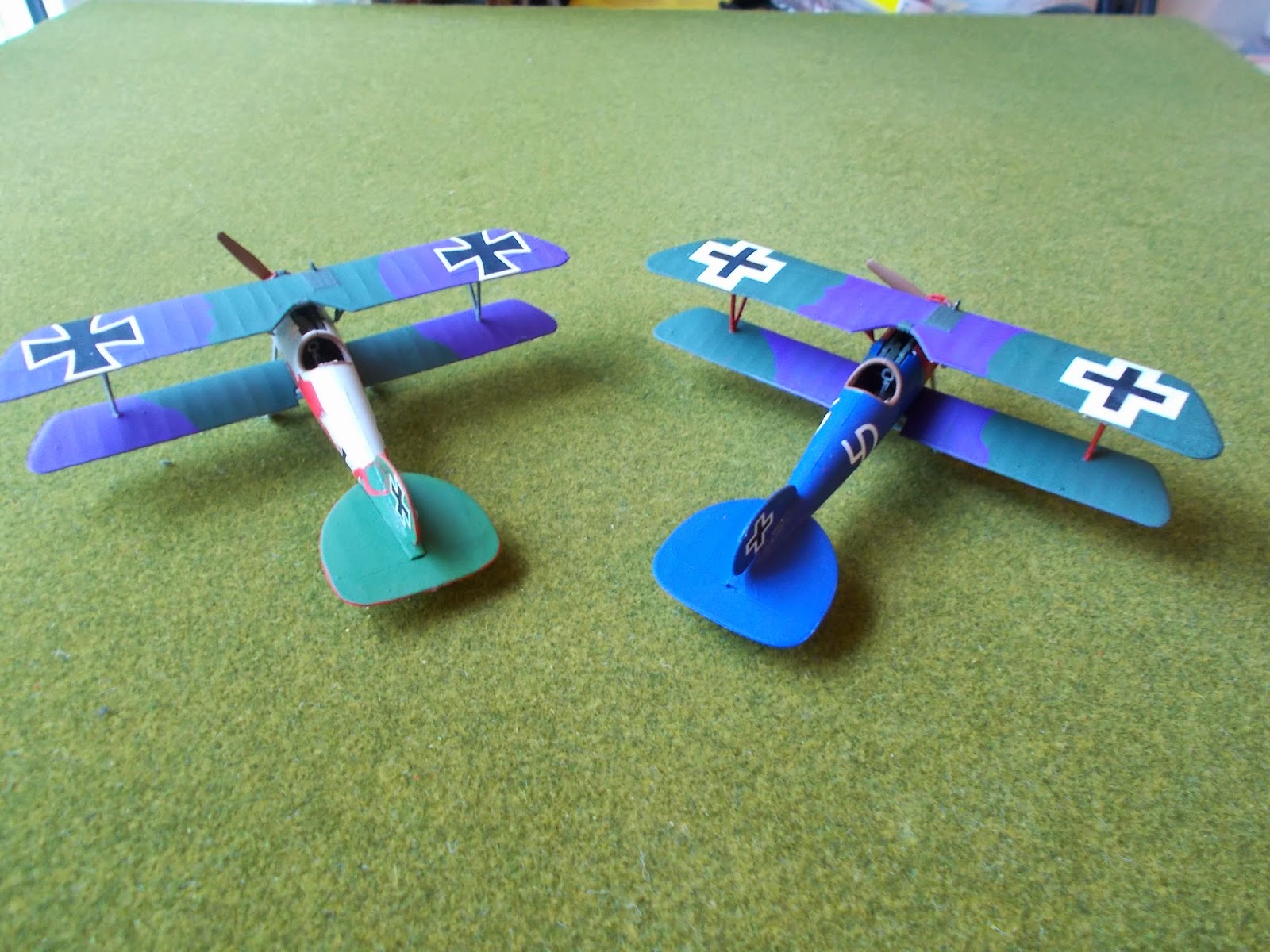 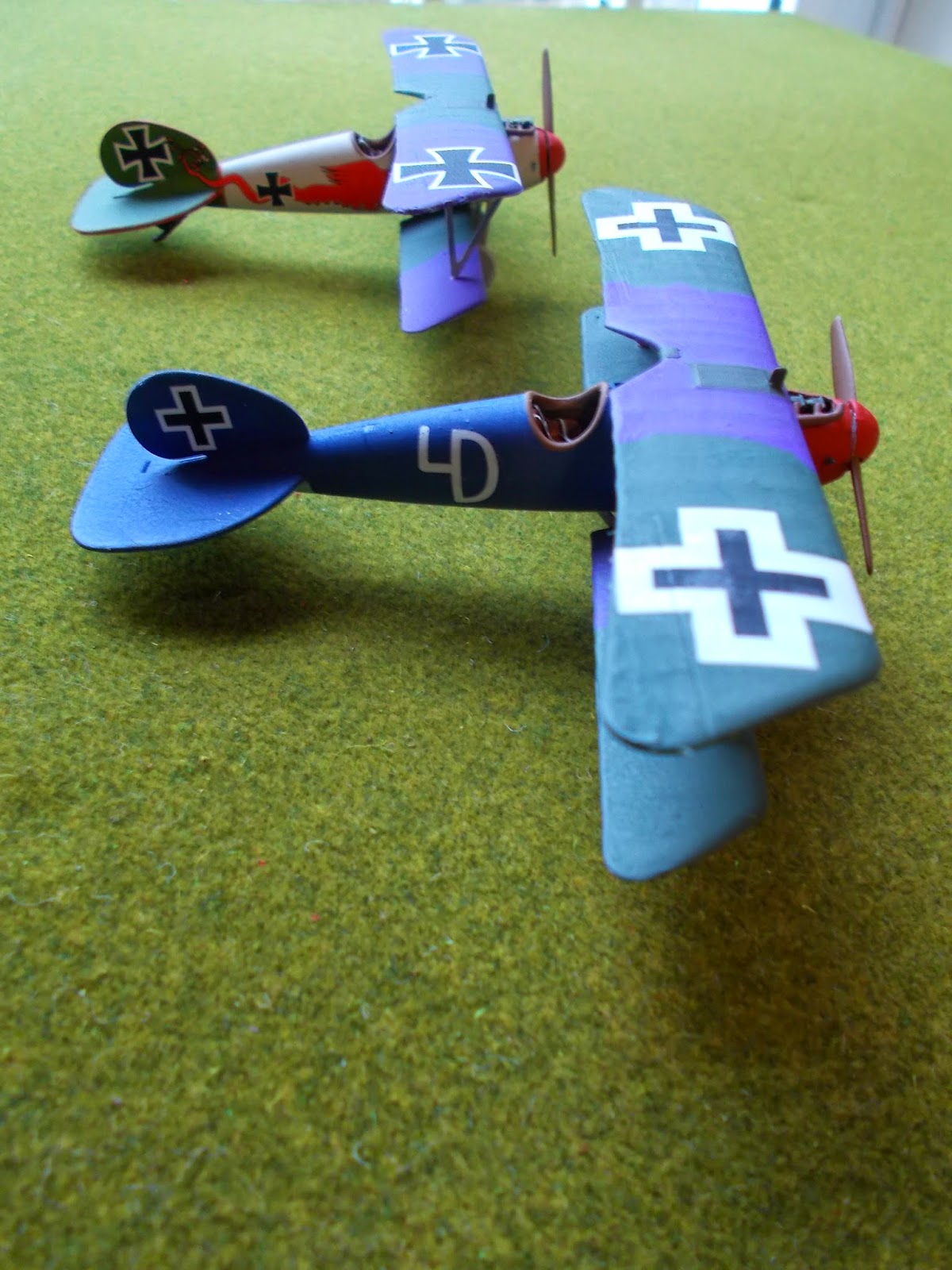 As with the other DVa I decided not to rig this kit. Maybe in the future I will do something with them both but not right now. I had the same problems with both planes, mainly the amount of tiny photo-etched parts and fiddly nature of the top wing construction. Another thing to look out for on these Eduard kits (in all scales actually...) is the construction of the undercarriage. It is quite spindly and takes not a small amount of skill in constructing them. I would recommend setting up some kind of jig to hold the wheel spars in place as the glue dries. Just a word of warning.

However, on a positive note, I think this kit is an excellent modelling challenge, the planes are crisply moulded, lots of great detail (even without the PE parts) and a great choice of markings. On top of this, Eduard decals are excellent and probably some of the best water slide ones I've come across.
Labels: 1/72nd Aircraft Germans Model kits WW1