Since I stripped the old Peter Pig German Paras and bought some new ones to bolster their size, they have been sitting in a box. I have been avoiding painting them as I thought the camo would be a real bastard to paint. I had only got as far as finishing the bases, but the fear gripped me and they went to the bottom of the pile whilst I worked on the 20mm Plastic First World War project. The other day I knew I just had to do something with them. The lead pile was actually starting to thin out a little, so I went back to them.

In actual fact they were surprisingly easy to paint. The Stumpfmuster 43 smocks turned out to be dead simple. The base coat was German Camo Beige (821) with German Dark Green (896) and Flat Brown (984) applied in delicate stripes over the top. canvas equipment was painted in Khaki, trousers and puttees were German WW2 Fieldgrey. Helmets, gasmask cases (not in the canvas covers) were German Grey and the rest of the equipment Black. 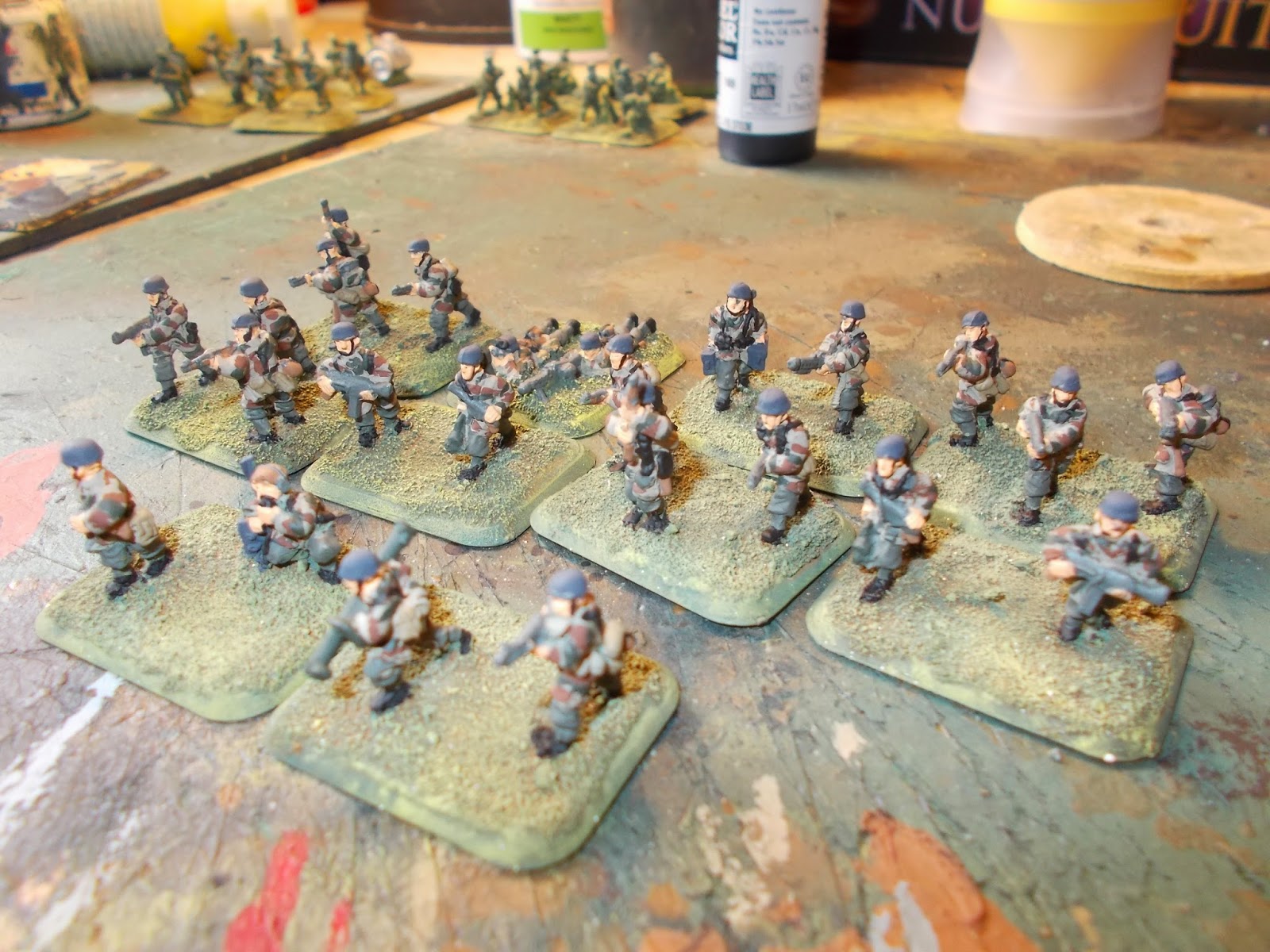 However, they still looked a little flat, so I began considering shading. I wasn't satisfied with the results of the tester figures that I previously painted. Turning to Games Workshop's Jervis Johnson's Pubic Hair  ink wash they all got a brown wash. I then very carefully highlighted the camo with Iraqui Sand (819) and lightened all the hands and faces with the base colour mixed with white. 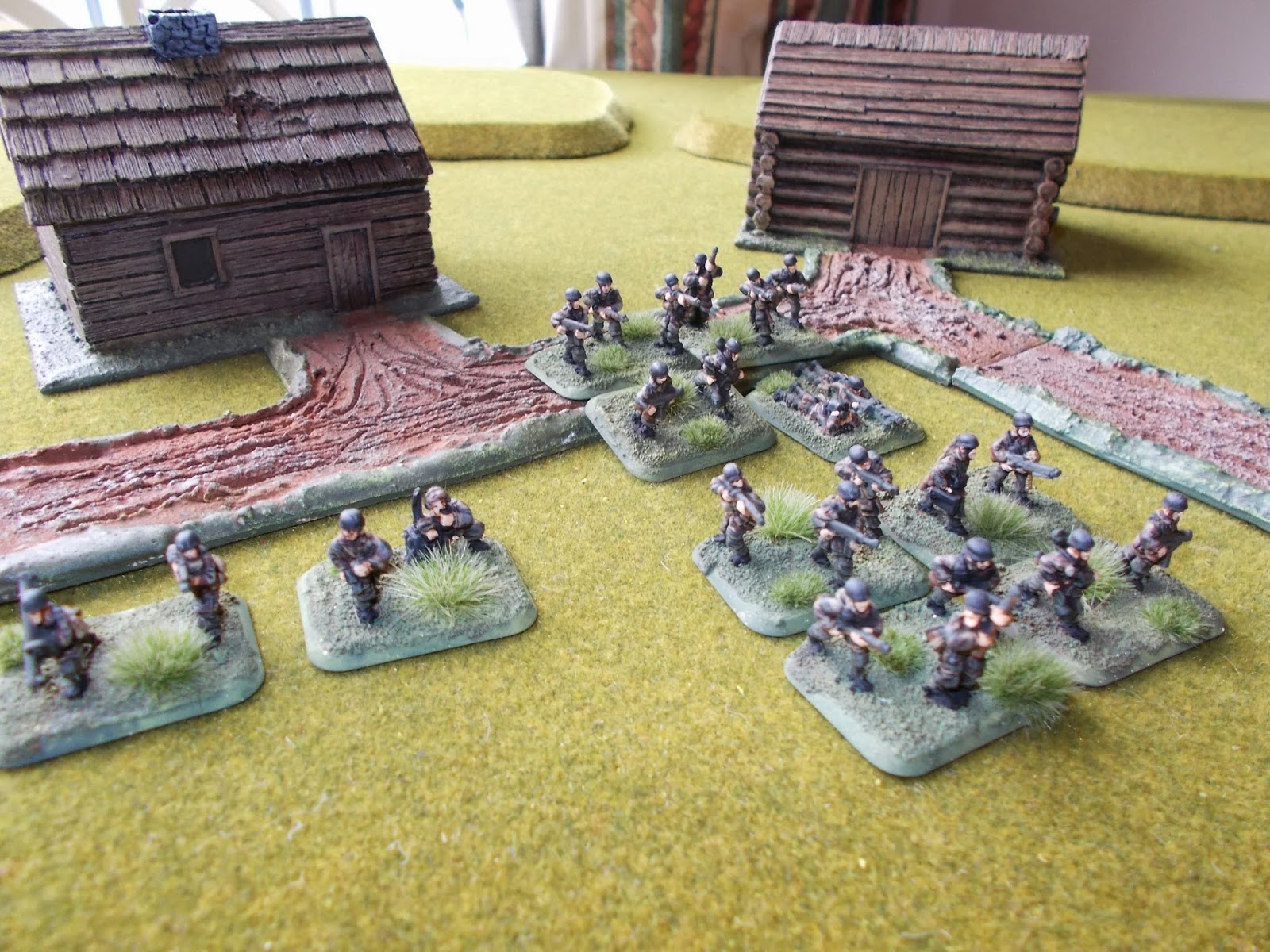 I am actually pleased with how they turned out, the brown wash was subtle enough not to obscure too much detail, like black would and the dry brushing brought out the creases on the camo. 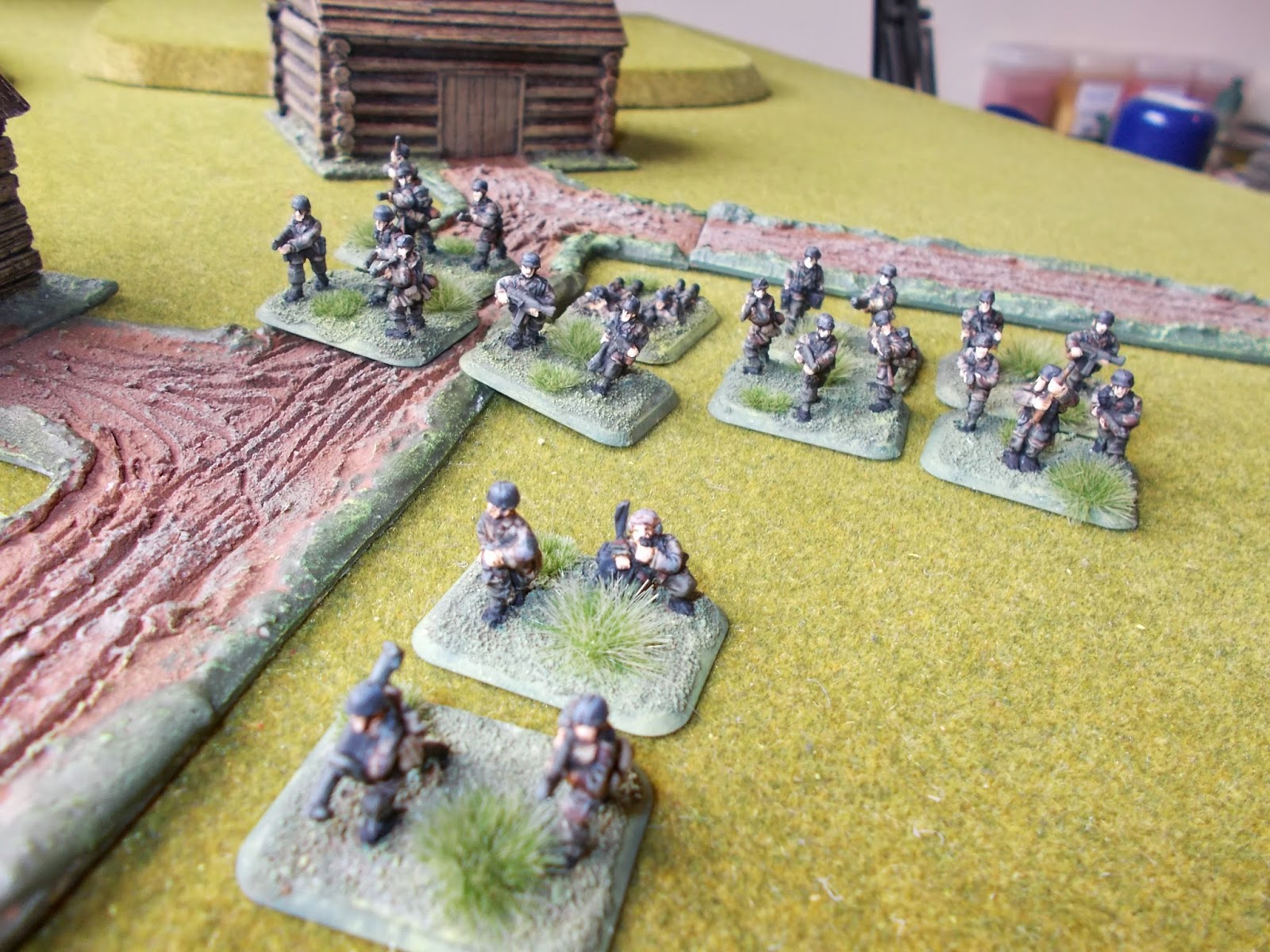 So far, I have only painted two companies and the HQ, so that leaves another company and the support weapons to finish before the full battalion is complete. 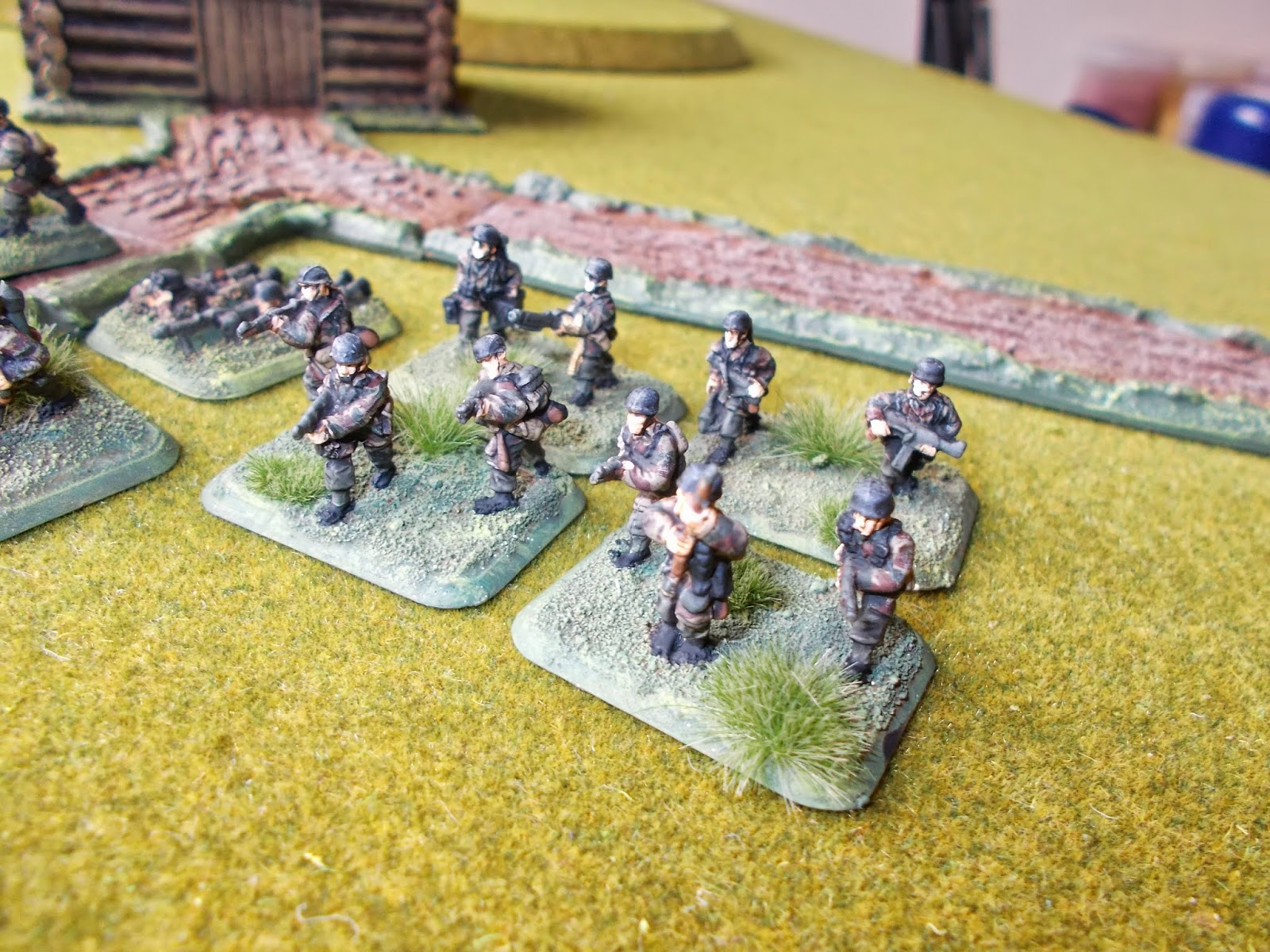 It was also nice to see the difference in the Peter Pig sculpts from twenty years ago and the modern versions and how much they have improved, not that they were bad in the first place. 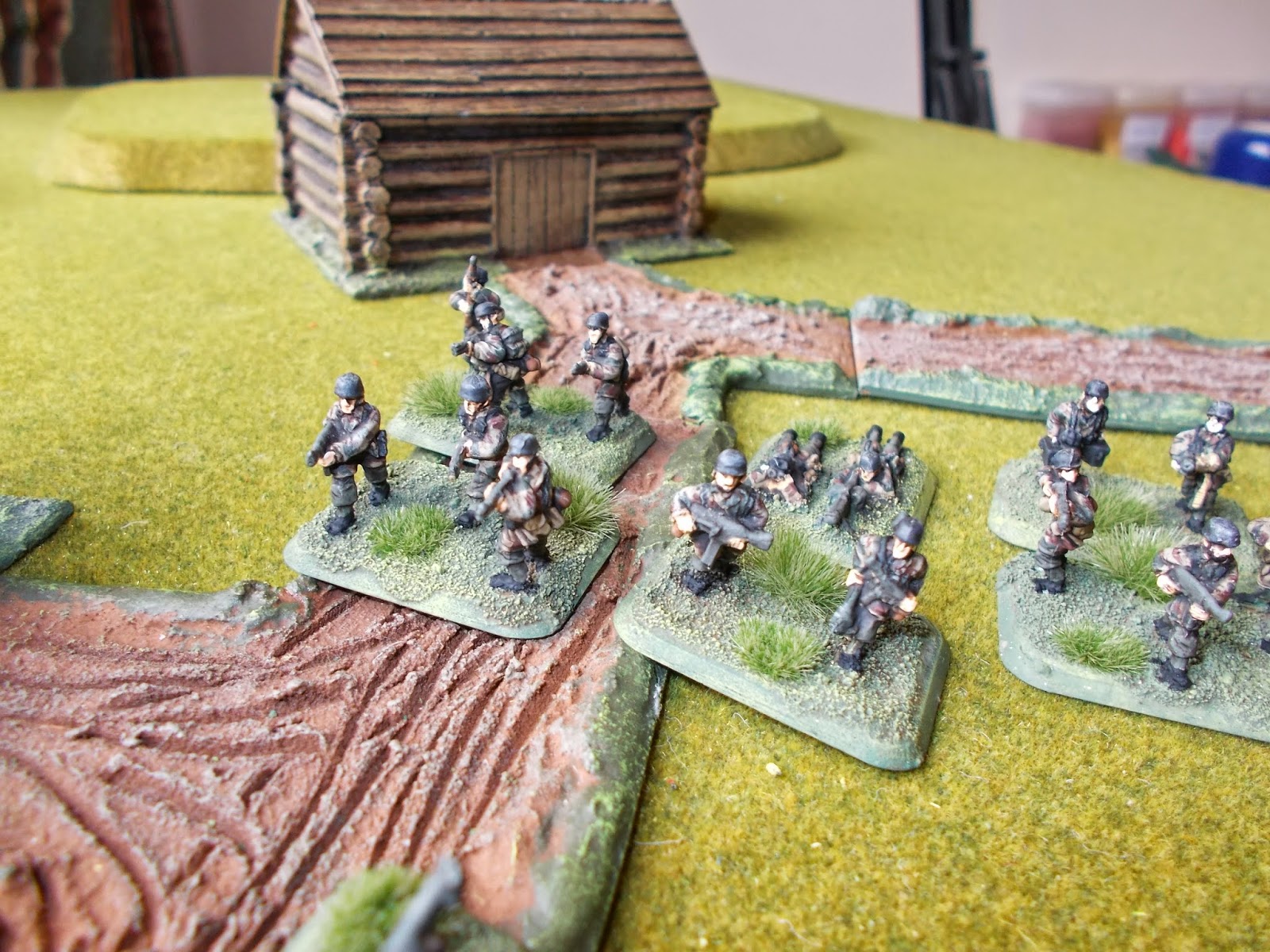 Along with these. I have enough figures to make two full battalions, so that may be a long term goal. But until then, thanks for looking!
Labels: 15mm Germans Infantry Peter Pig Rapid Fire WW2