It was my 40th Birthday yesterday, usually I don't do much to celebrate the occasion, but this year, with the move from my thirties to my forties I decided it was time to have a party. This began on Saturday afternoon and headed into the small hours, then turned into a barbecue on Sunday which also ended late and finally culminated in a day off work on Monday for the day proper and a chance to open the presents I'd been given. And here they are: 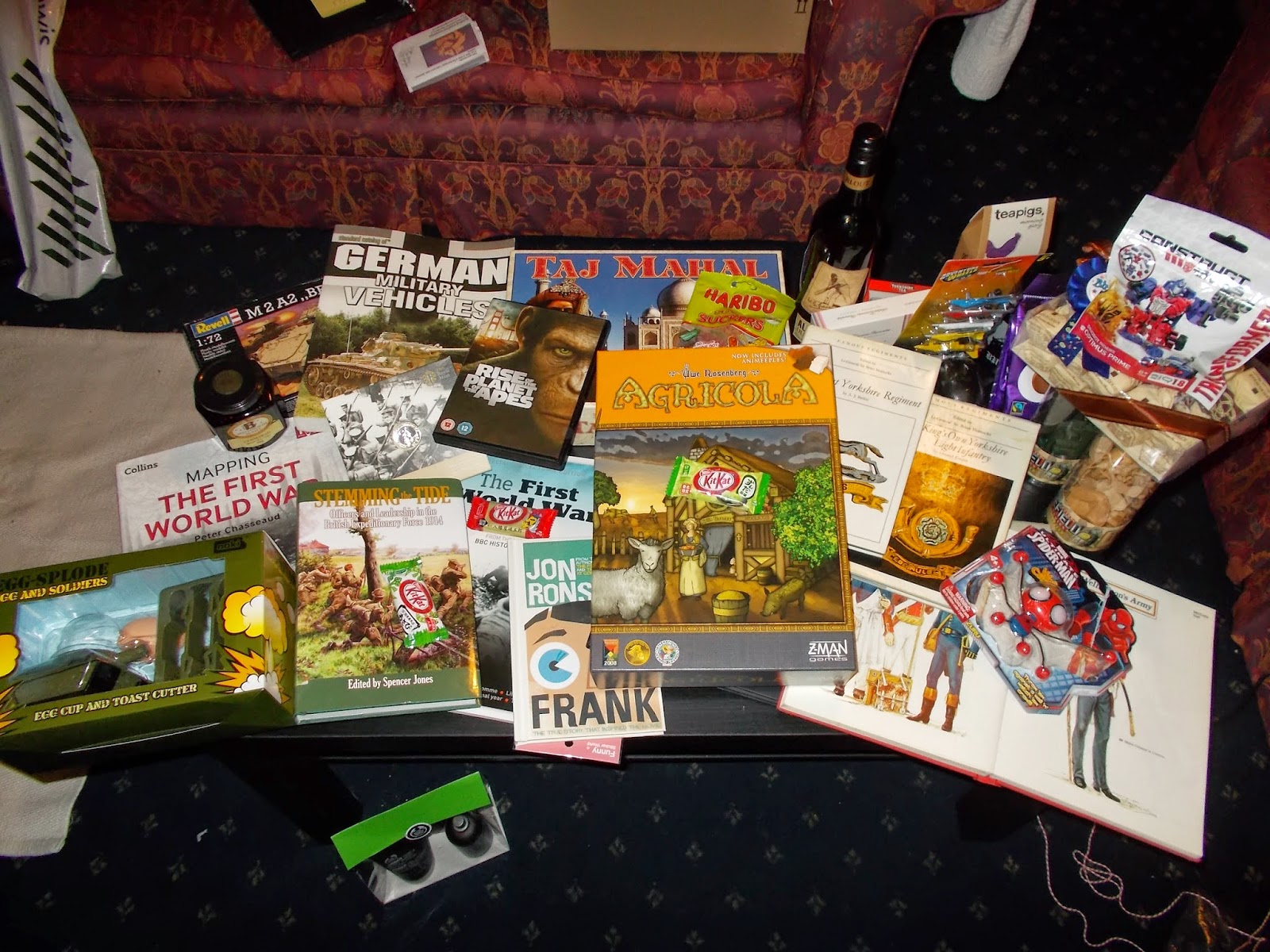 From games to books to egg cups, I've never had so many presents on a birthday since I was knee high to a grasshopper. On top of this, Ninjasaurus Rex gave me this Commission Figurines 15mm building that he had been working on in plain sight for the past six months. 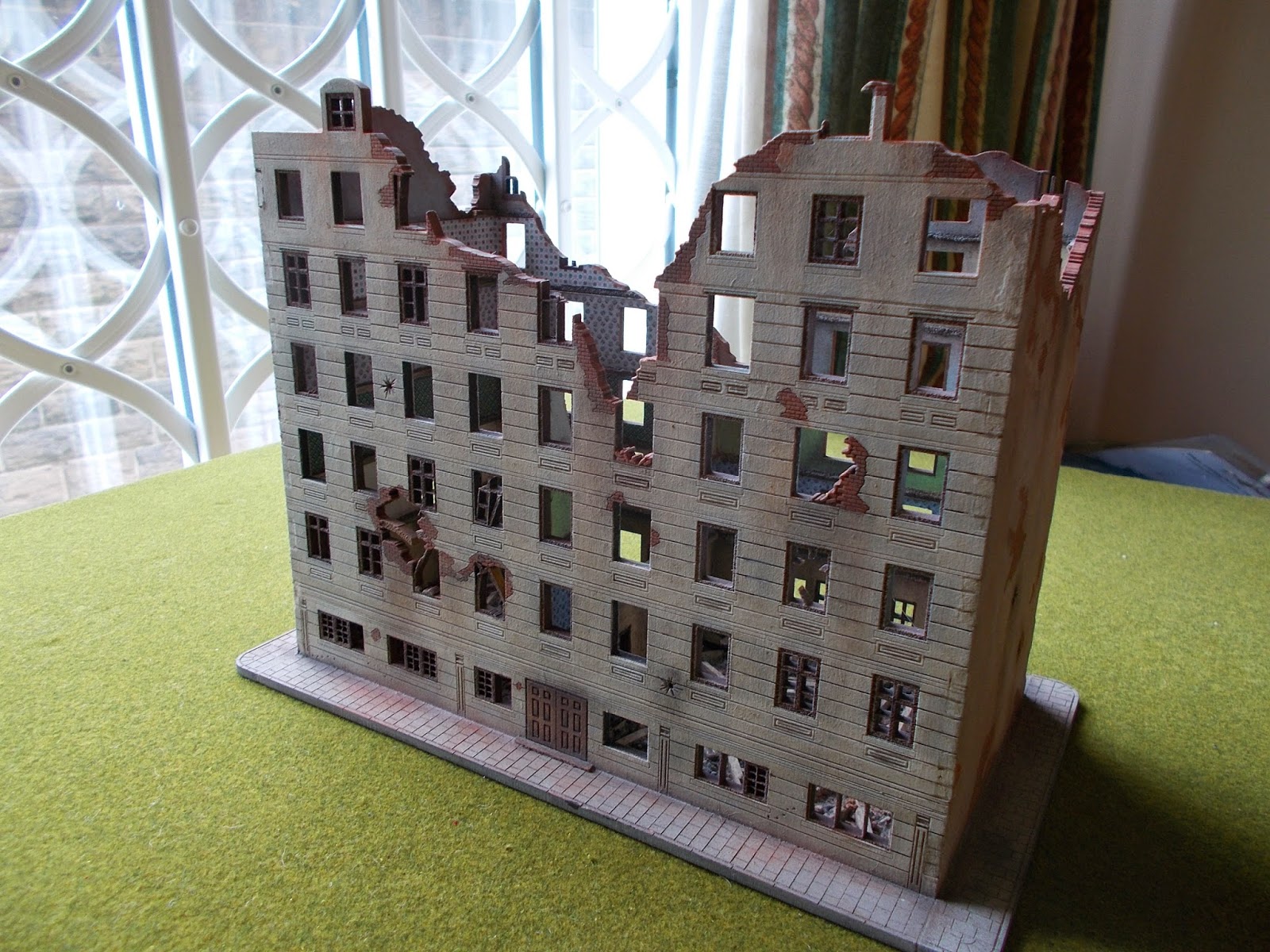 I've been watching him build it over the past few months, without clicking once that he was building a terrain piece for Stalingrad even though he concentrates his gaming efforts on moderns... 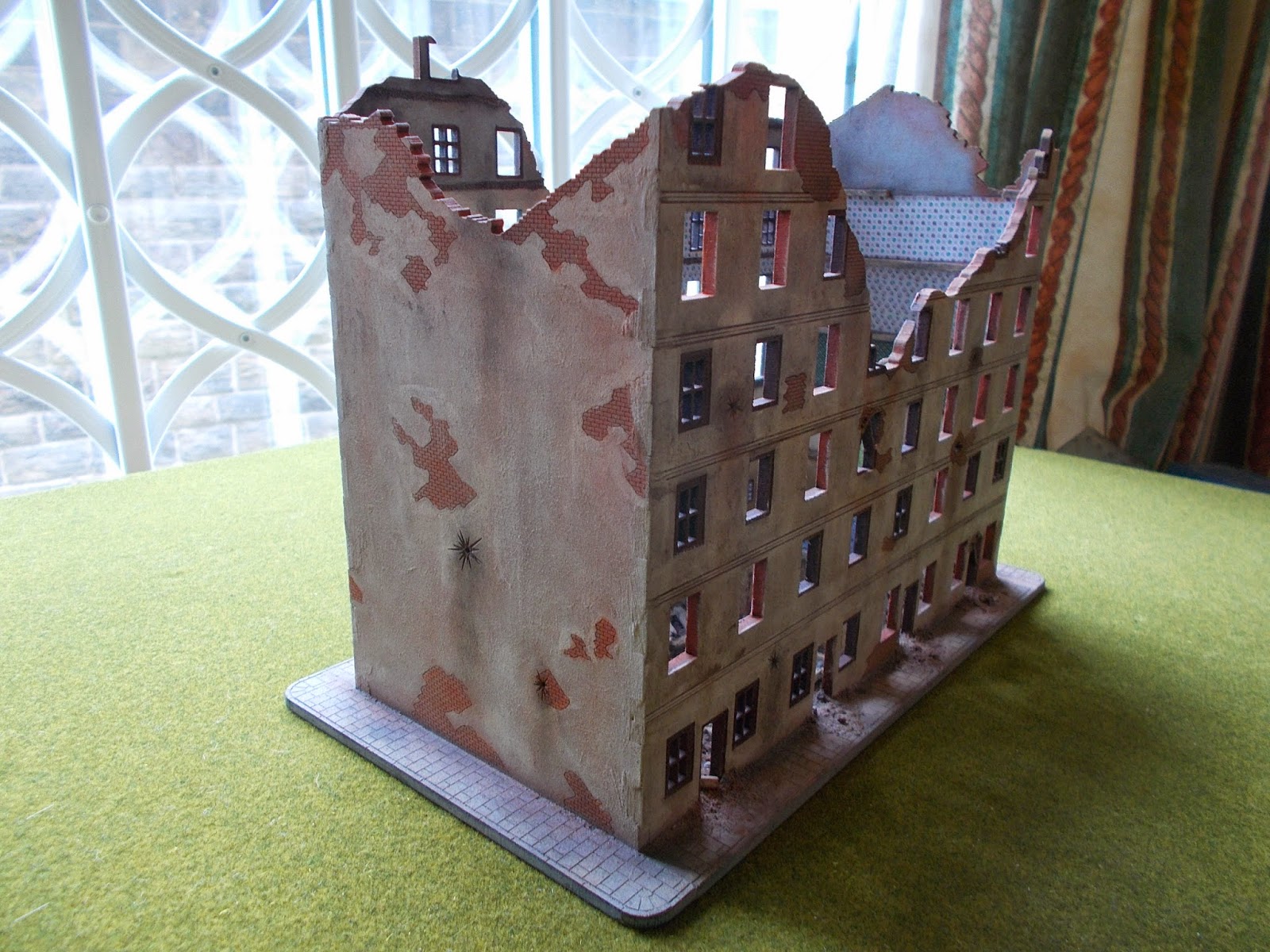 It all centres on this amazing decal on the side wall of a gigantic Soviet style poster. 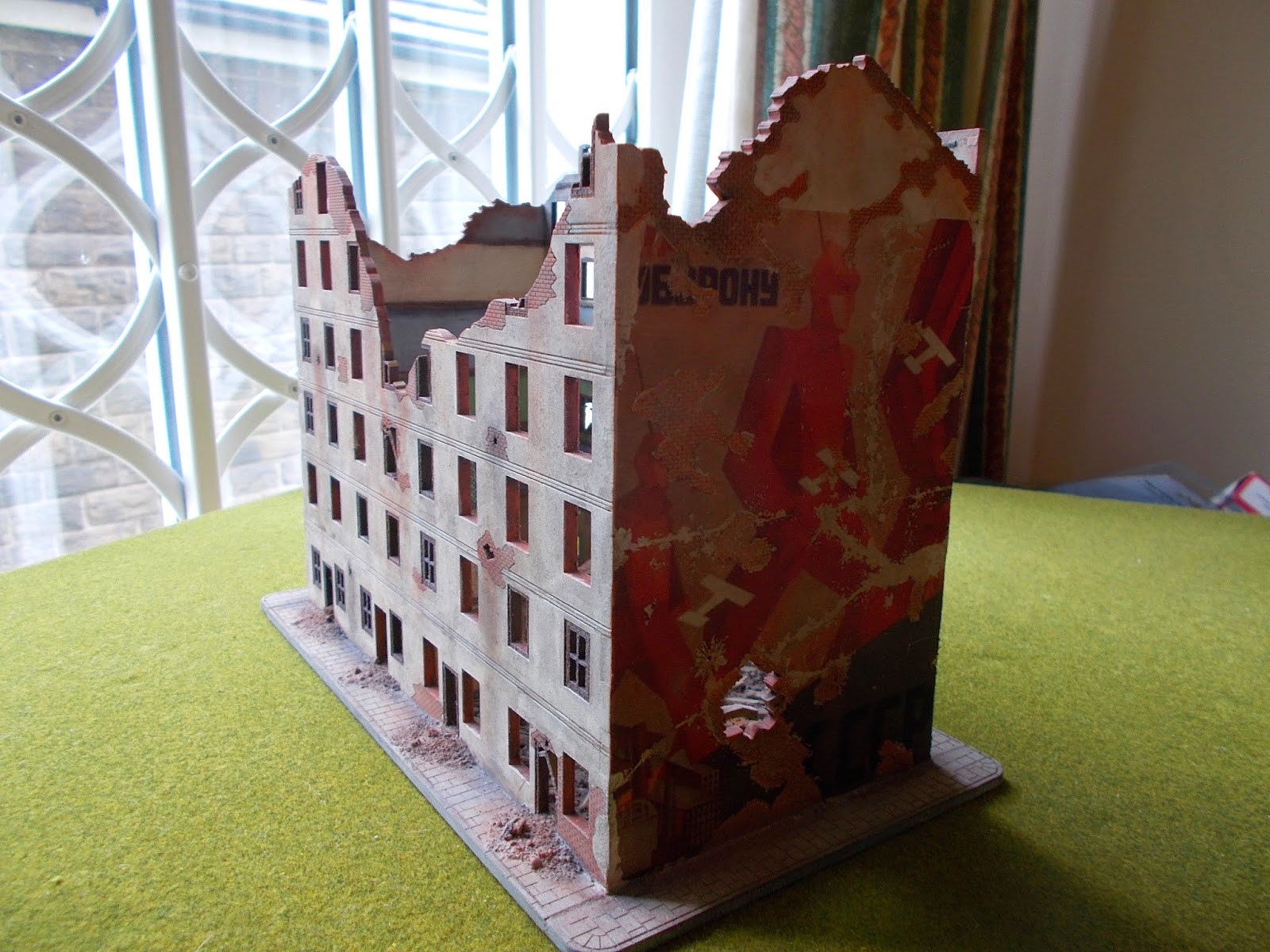 Here it is in detail: 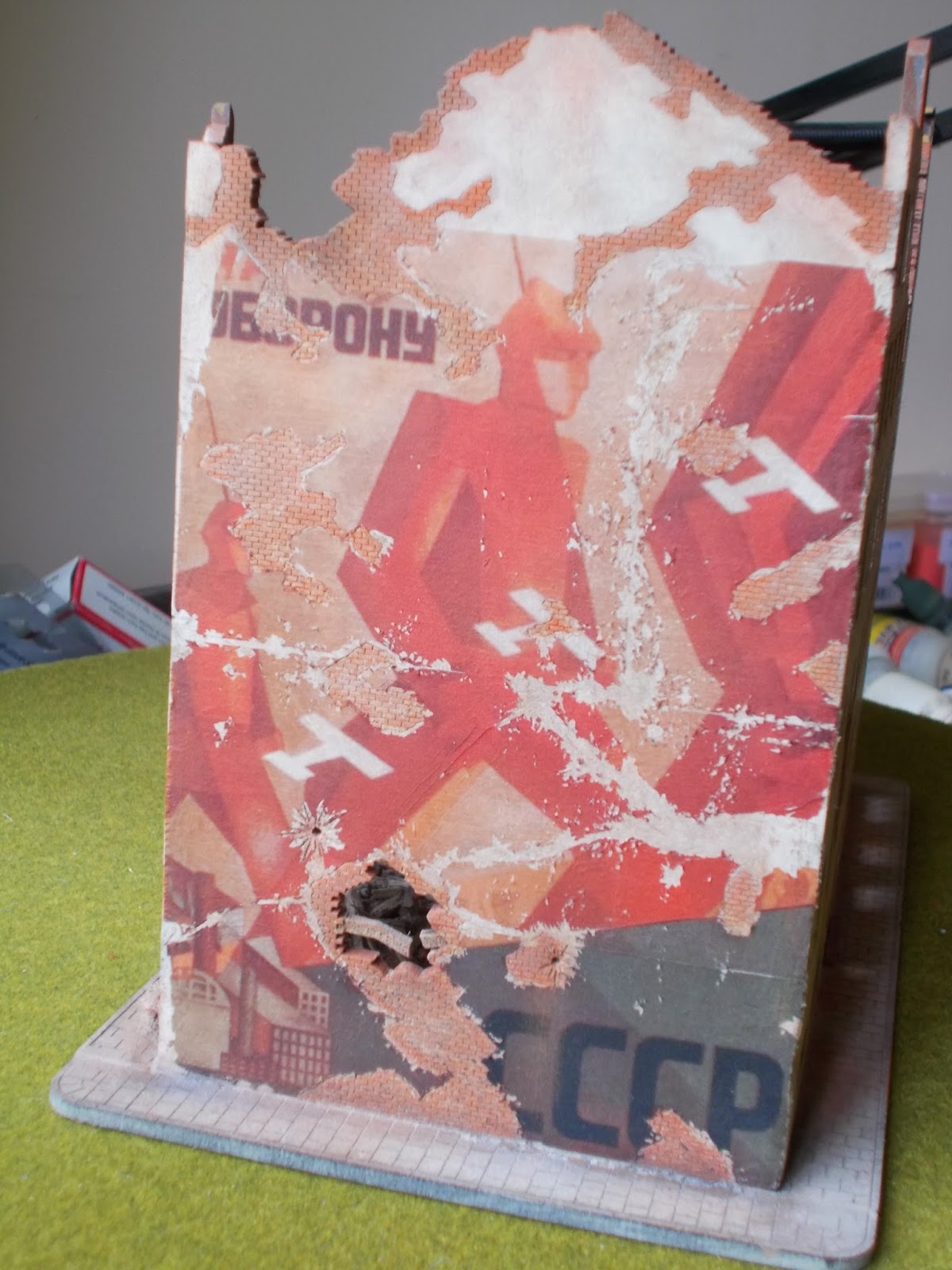 Even the interior is fully detailed: 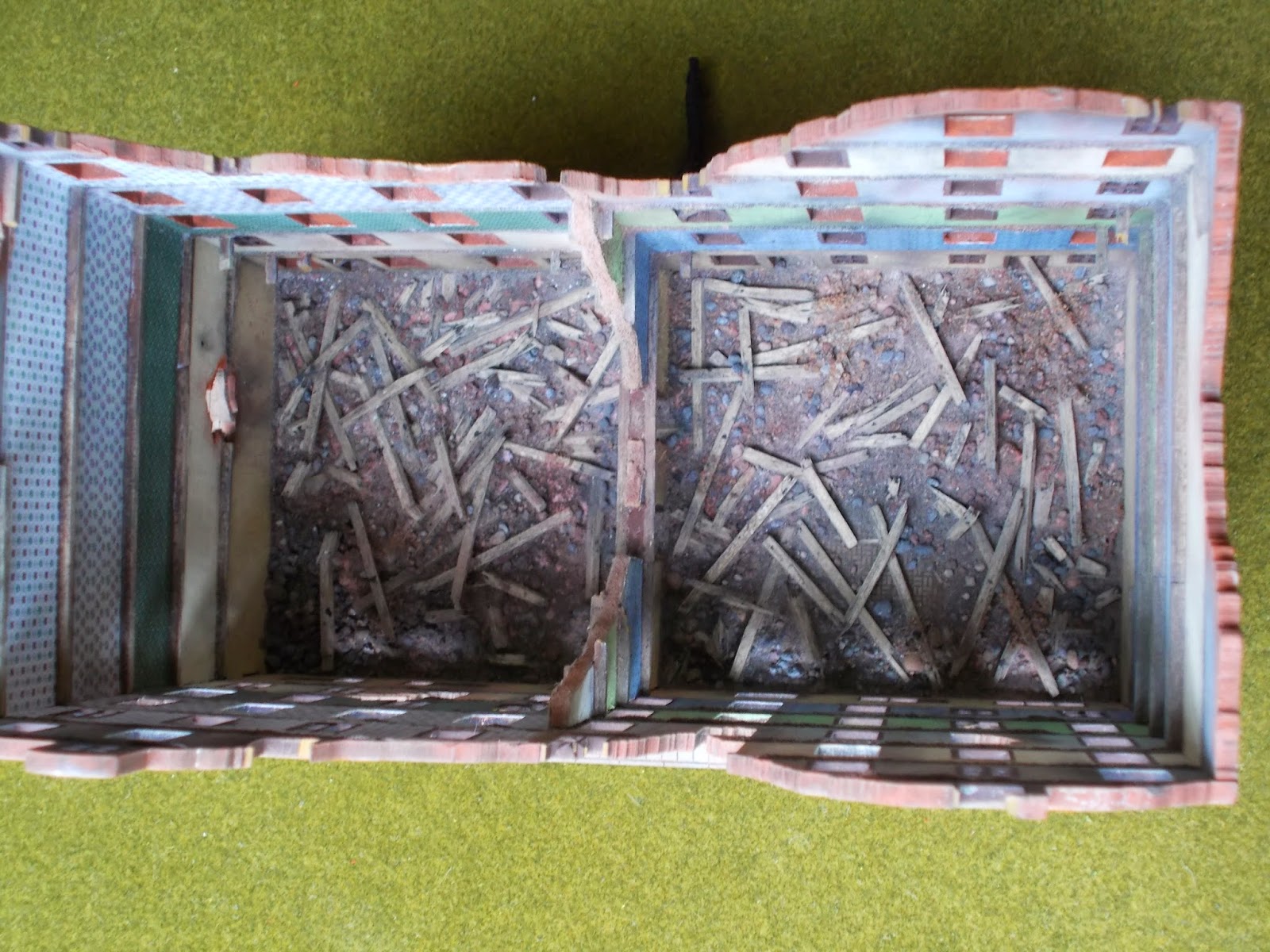 And the walls papered in 1940s style wallpaper! 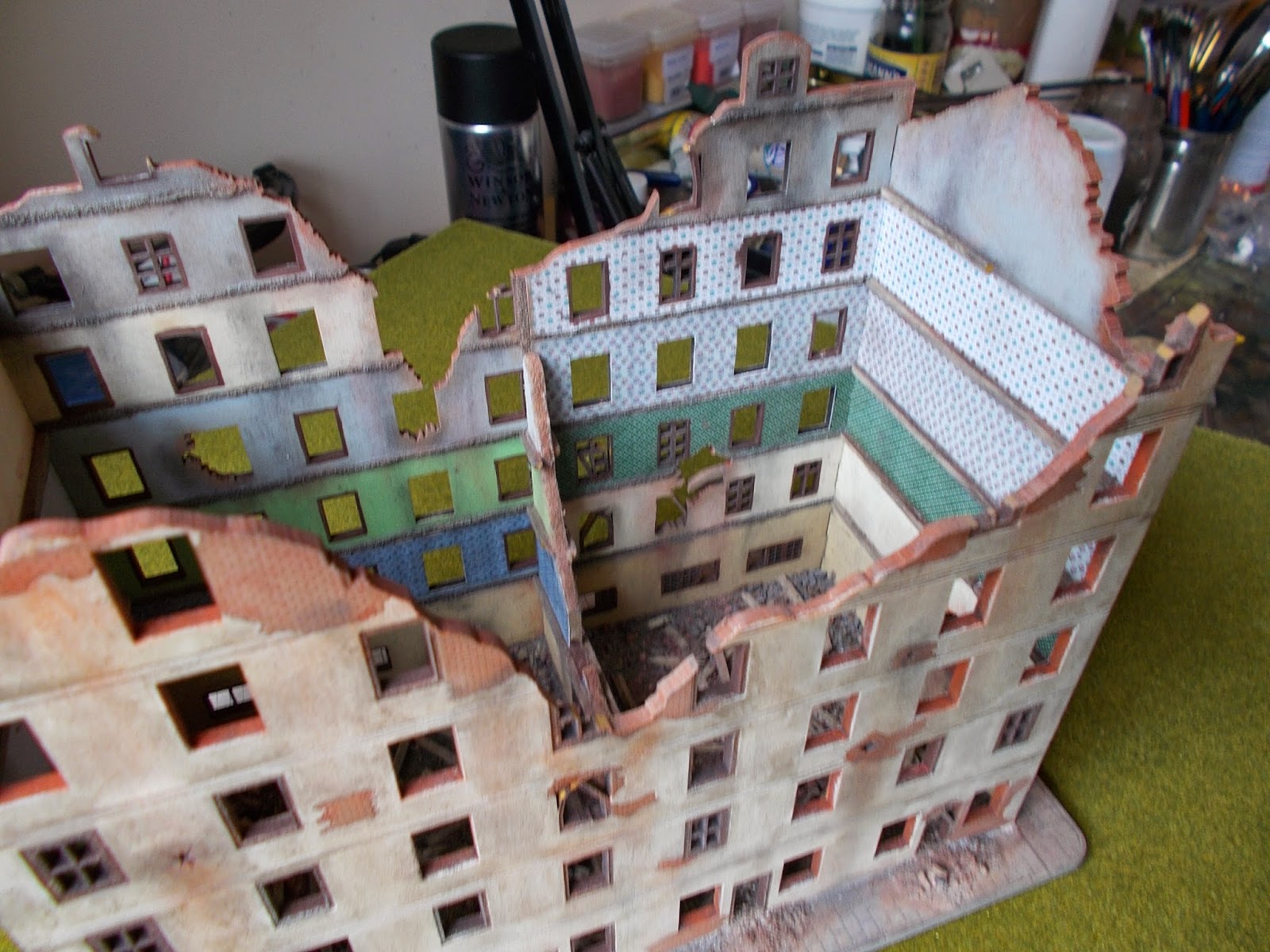 A great haul, the building will take pride of place on the tabletop when we finally fight for the centre of Stalingrad! He has promised he will do a full build report on his blog, I'll link to it when he does.
Labels: birthday WW1 WW2