One of the things I bought at Triples recently was the new Panzer III box by the Plastic Soldier Company. The box allows you to build the J, L, M or N models of the tank. I opted for the building two N versions, with the short barrel 75mm gun and three M versions with the long barrel 50mm gun. This way I would also be able to deck them out in the Schurzen. 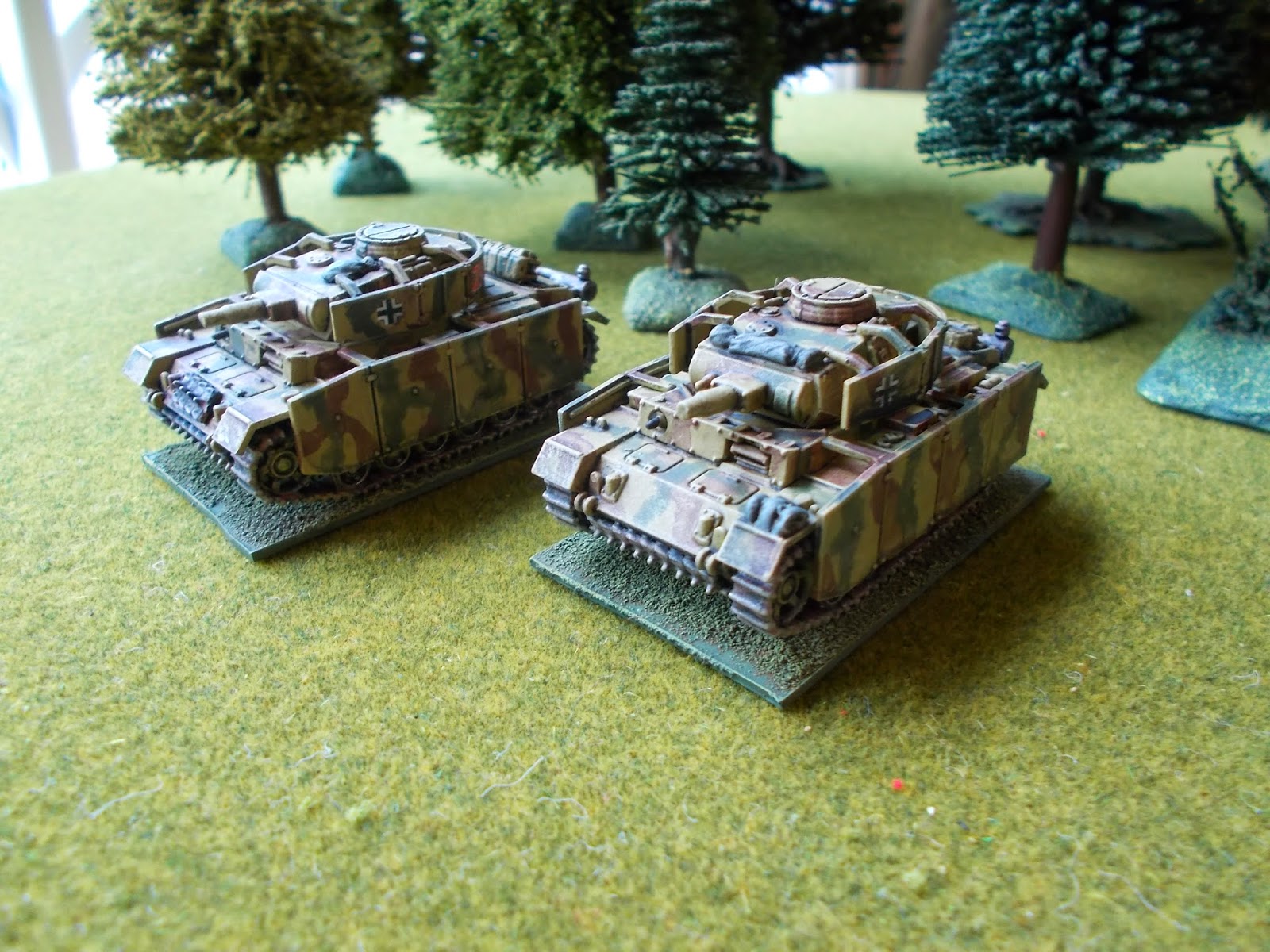 I gave the two N versions a striped camo scheme and added stowage from various bits in the bits box. 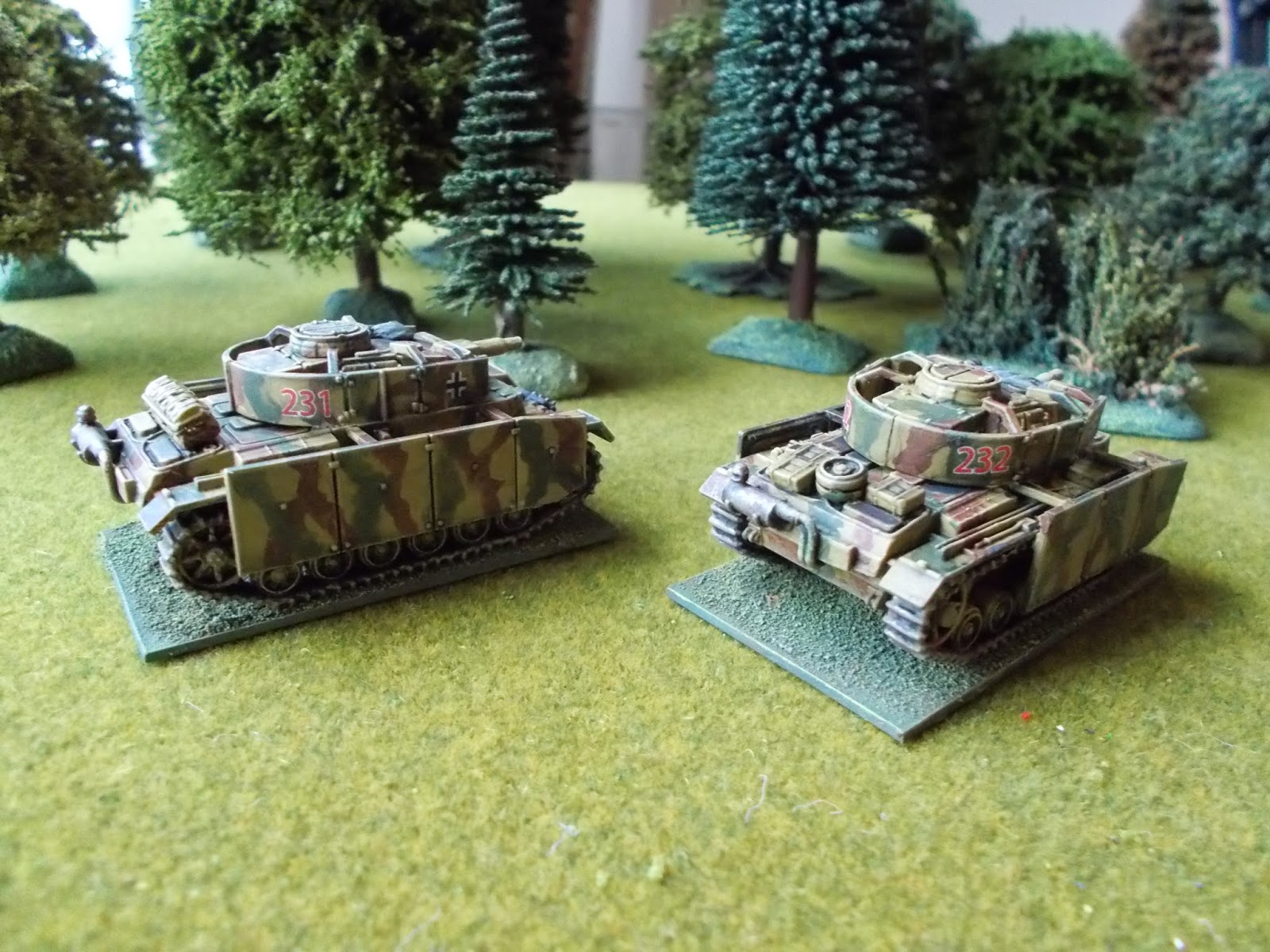 The three M models had a different camo scheme of blotches. 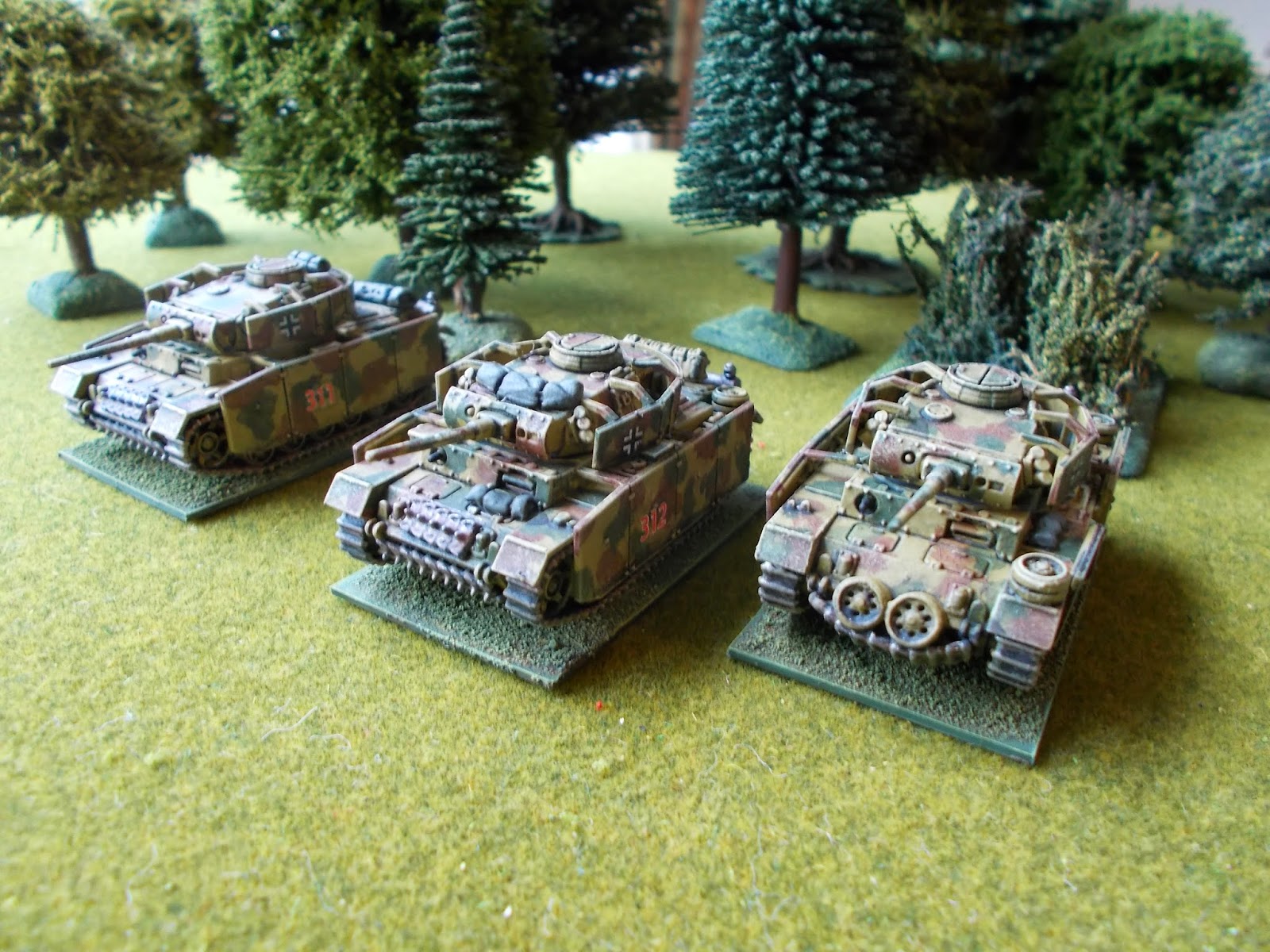 I also removed a couple of panels from the schurzen to give them a campaign feel. 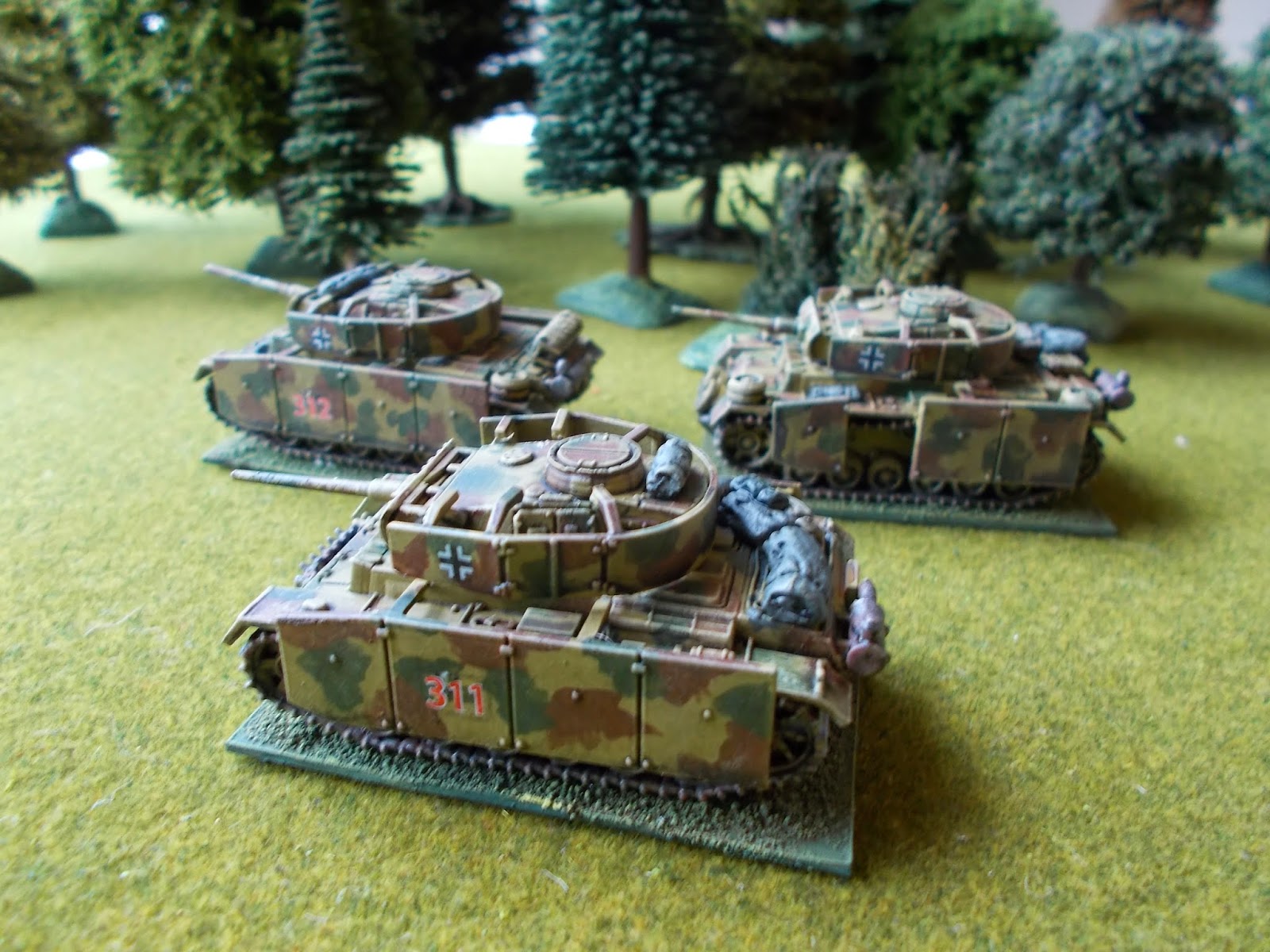 And here they all are together. 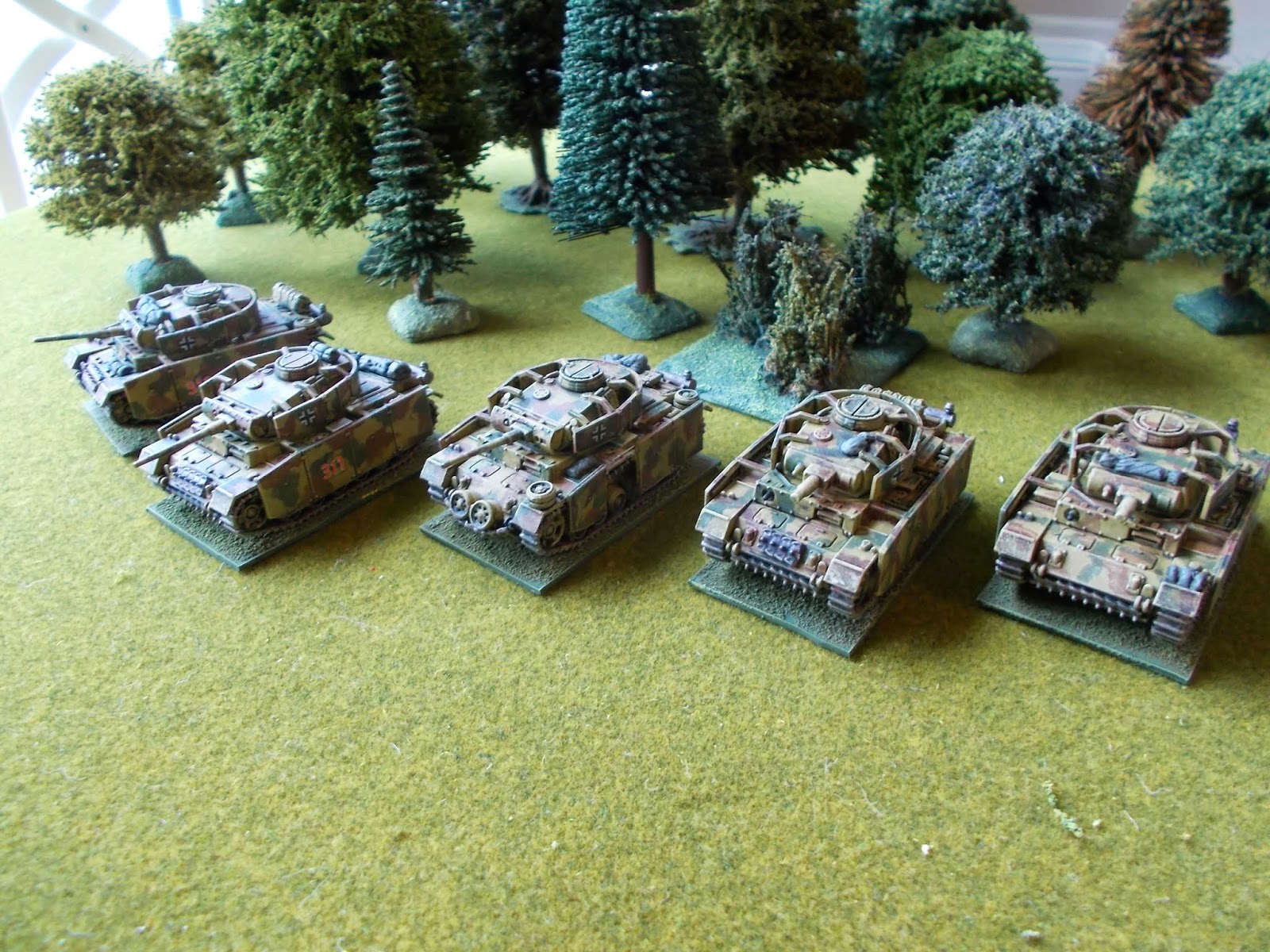 All in all, another great kit from PSC, they come with the new one piece track. Purists won't like them so much as they track is not very well detailed. However, that is easily overcome with the application of mud, so I'm not that bothered about it.
Labels: 15mm Germans Plastic Soldier Company Tanks WW2