Another addition to my 20mm British First World War force is this platoon (and a bit) of Indians. The plastic majority are from HaT, with metal additions from Tumbling Dice. The HaT box only has 32 figures, which is enough for a platoon, but only the other ranks. I bulked it up with Big Men and some Lewis Gunners from Tumbling Dice. 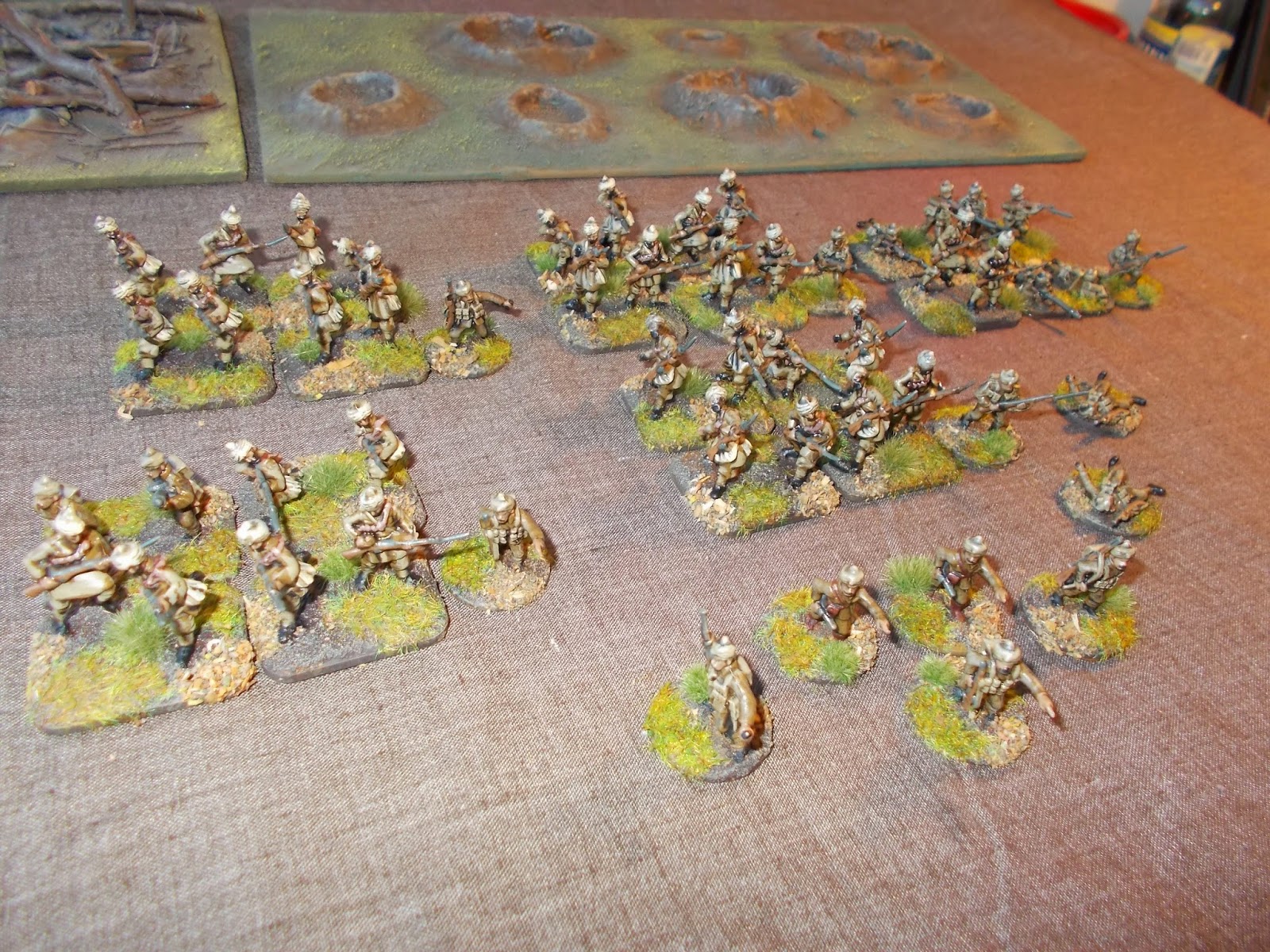 The Tumbling Dice website doesn't have pictures and my policy is, no picture, no buy. However, I did see some of their figures on the Waterloo to Mons blog and decided that they were nice enough to take the plunge. The fact that TD are the only company that make Indians in metal also swung the vote... 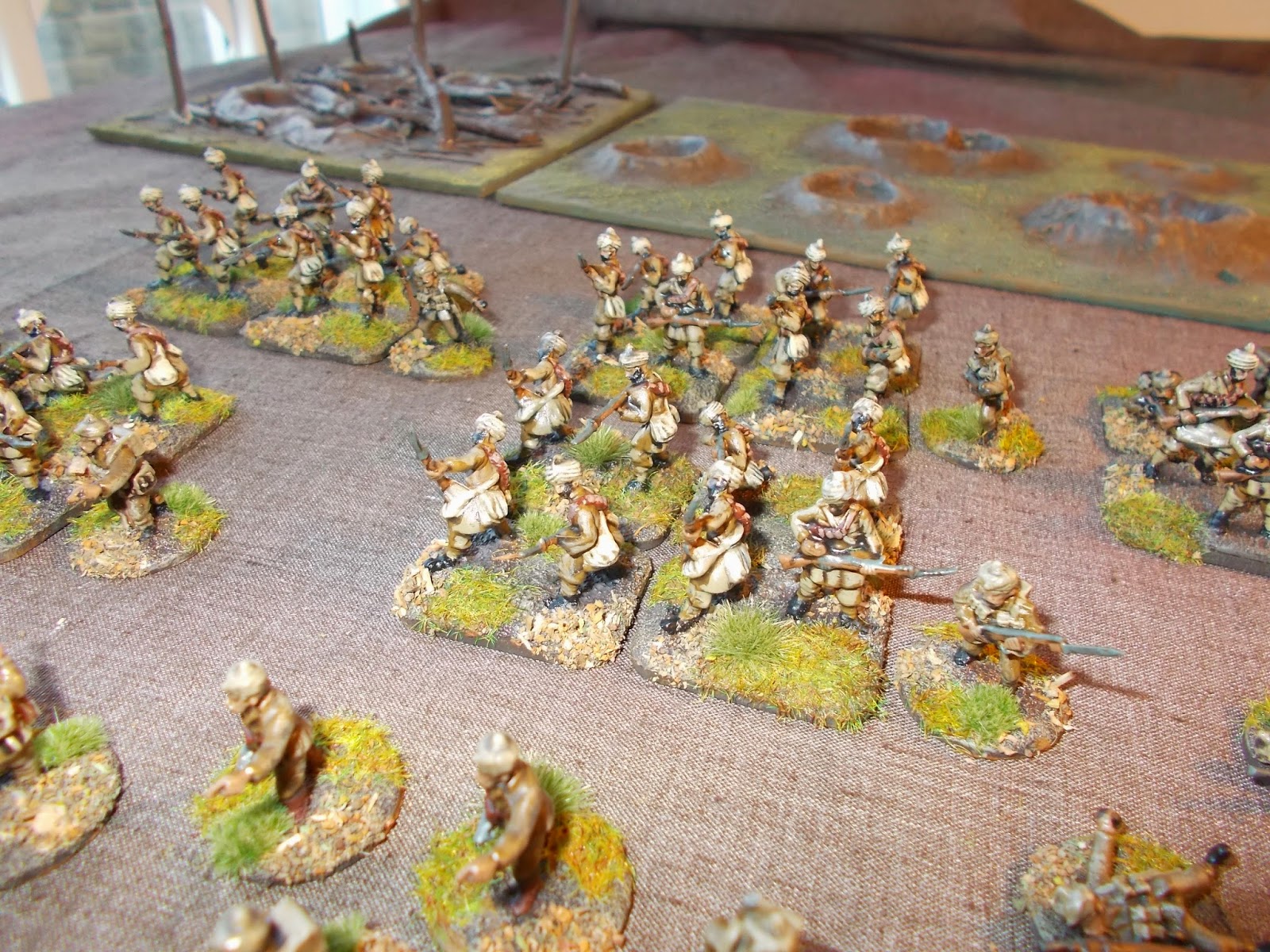 When they turned up in the post, I noticed that they were slightly smaller than the plastic figures. 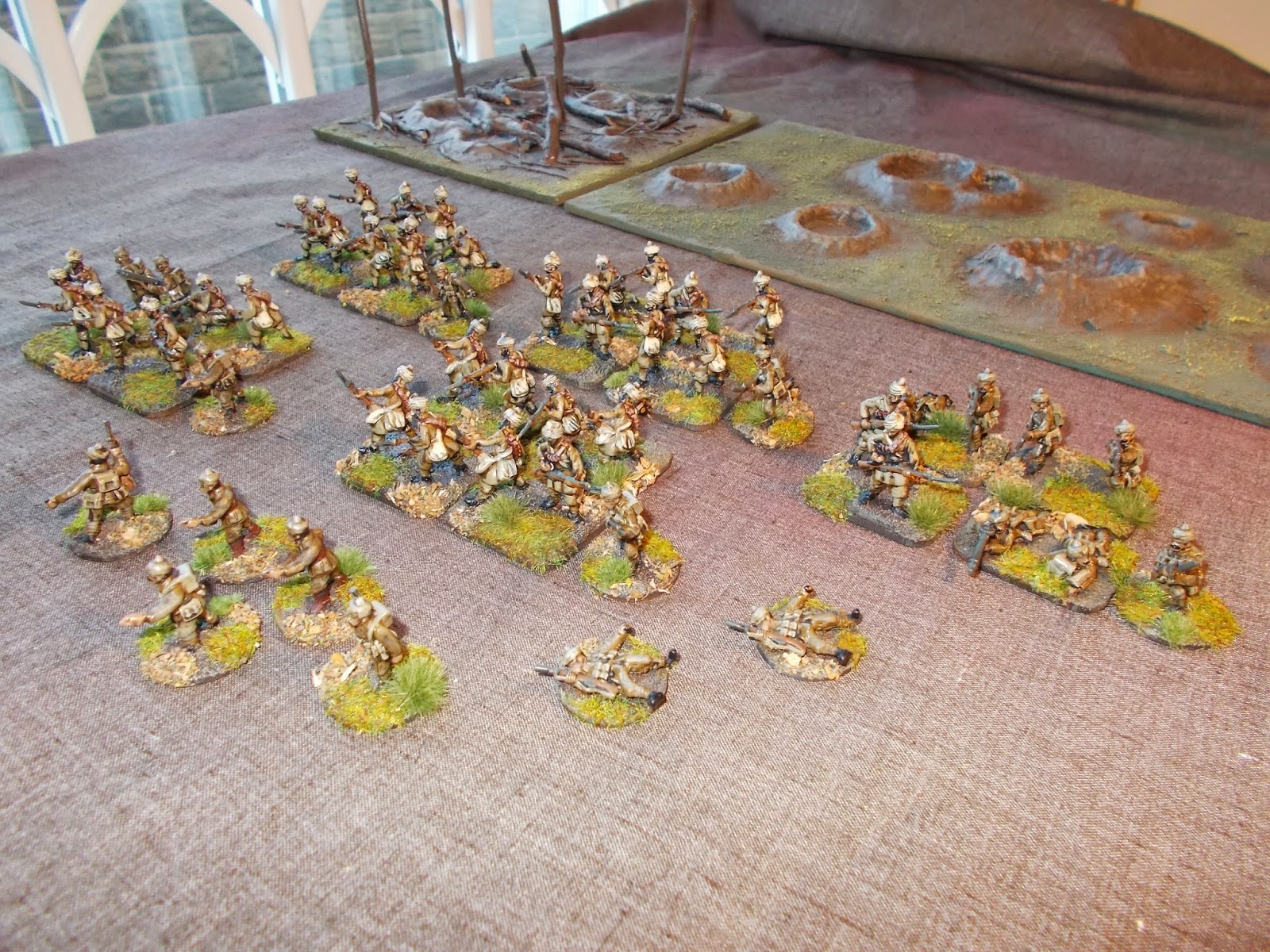 And some of the weapons were 'interestingly' proportioned. The Lewis Gun in particular looks a bit like a length of drain pipe... 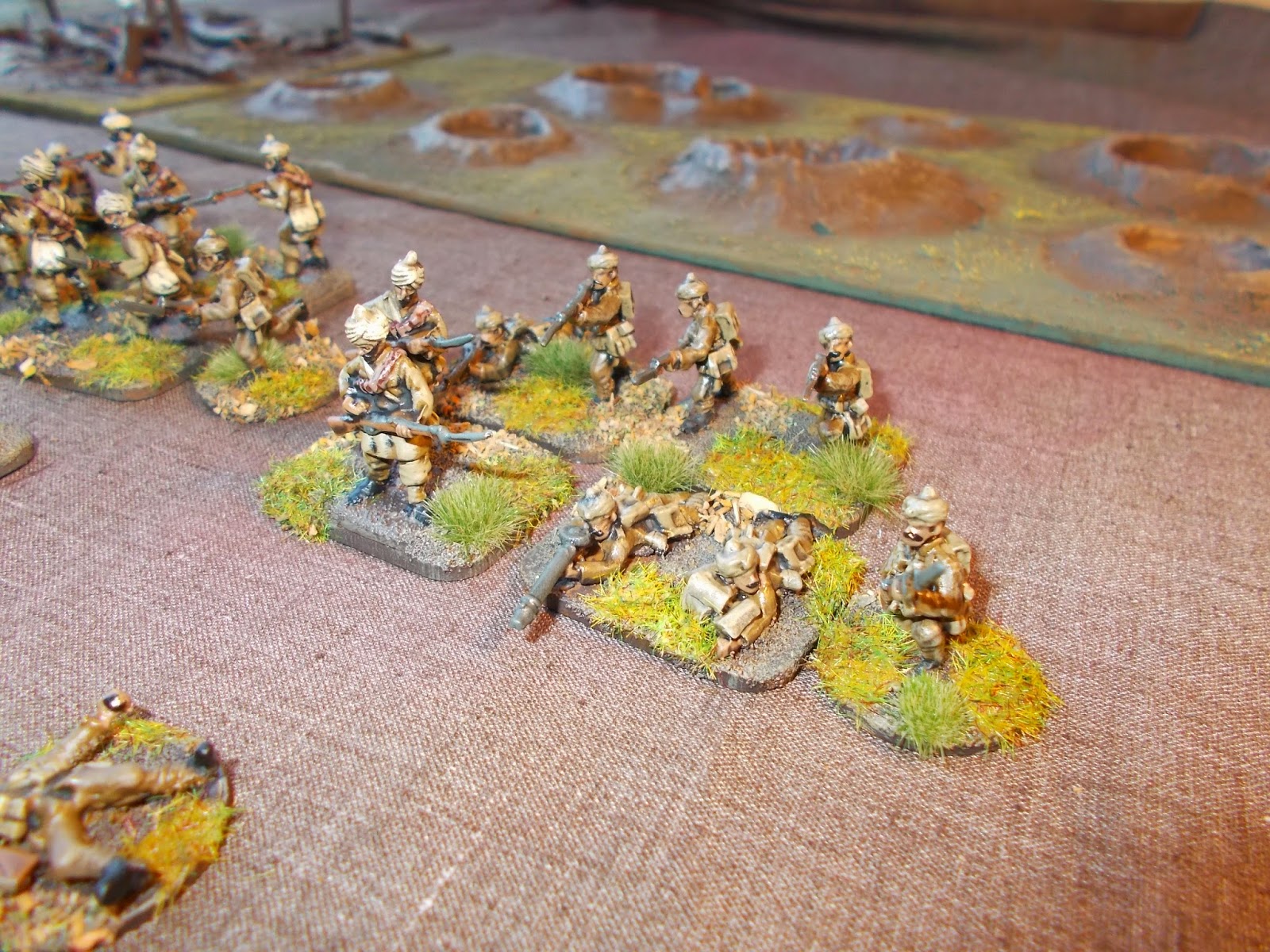 Despite this, they mix in well together and I now have five platoons. 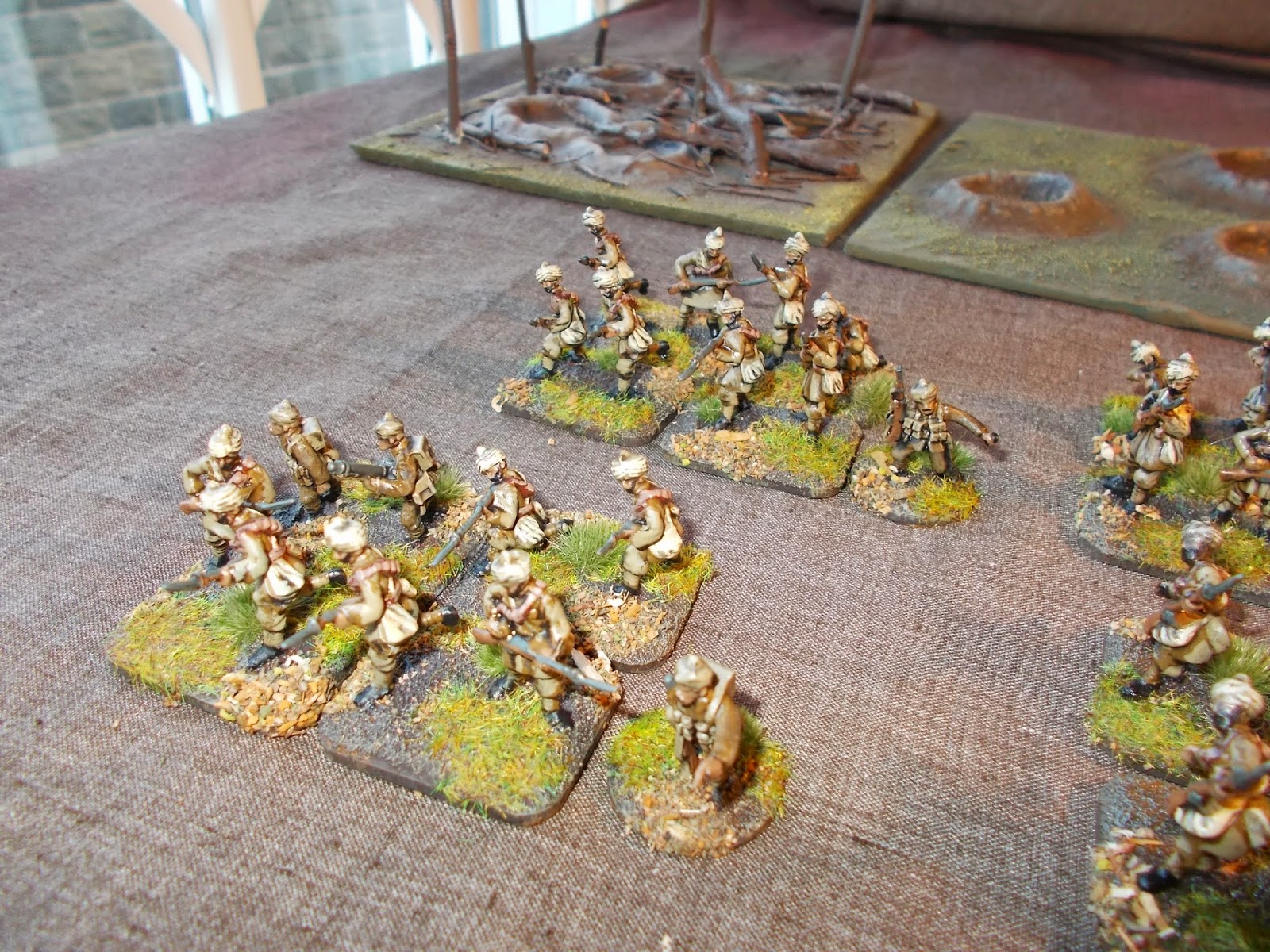 And the attendant Big Men, two of whom appear to be throwing grenades whilst lying down... 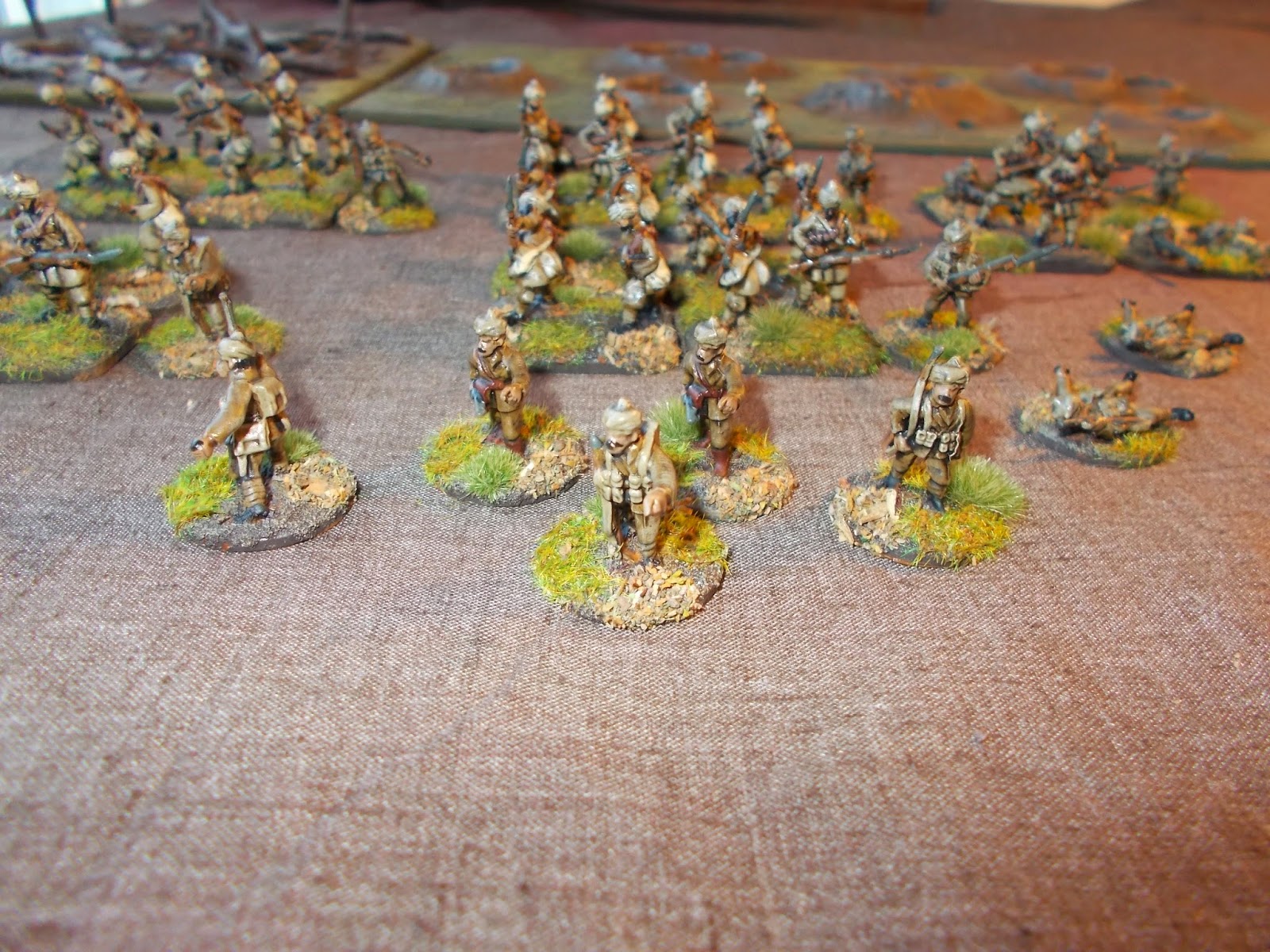 I also bolstered the British support by the addition of this Stokes Mortar. This came from the HaT box of British heavy weapons. 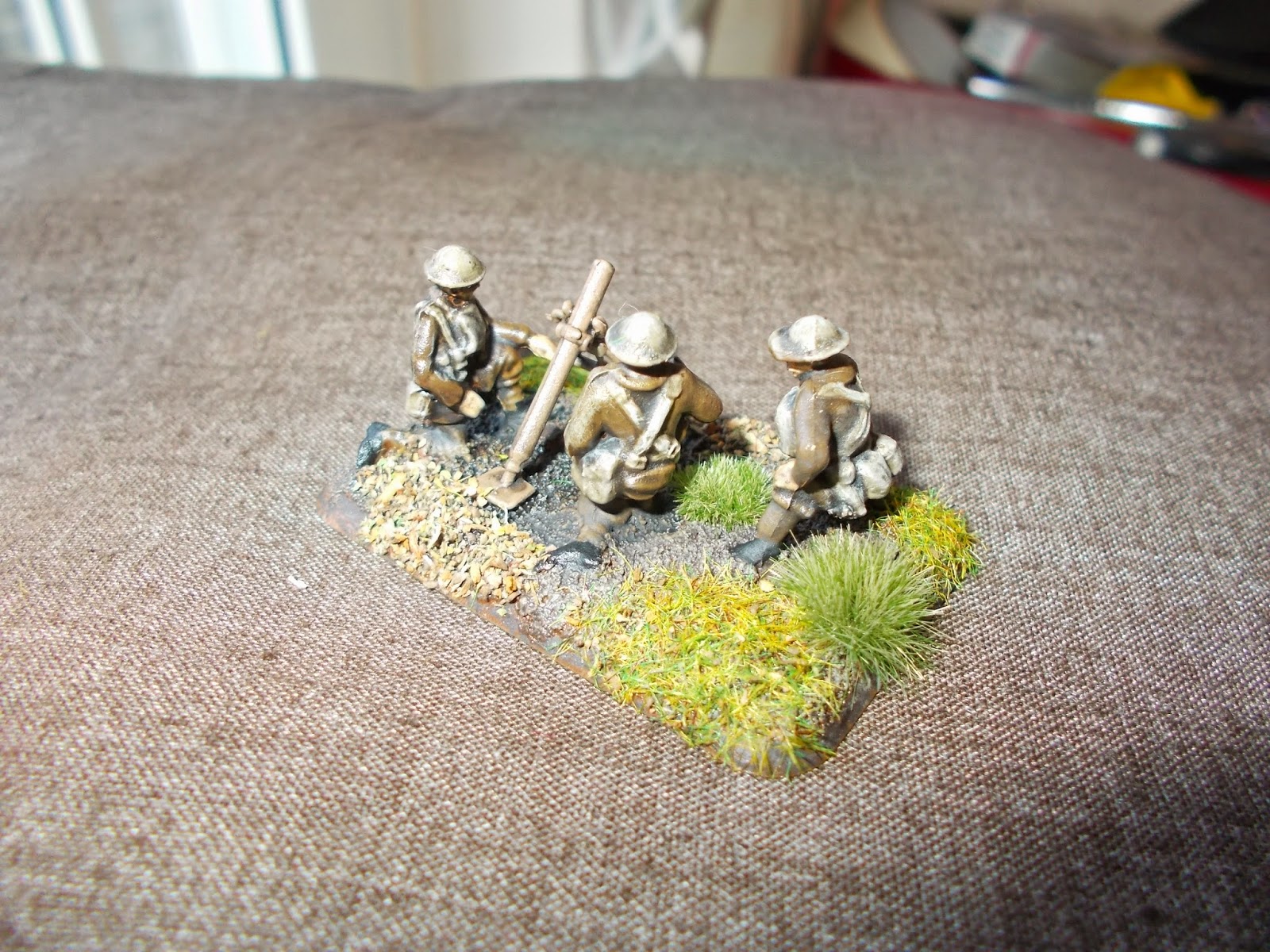 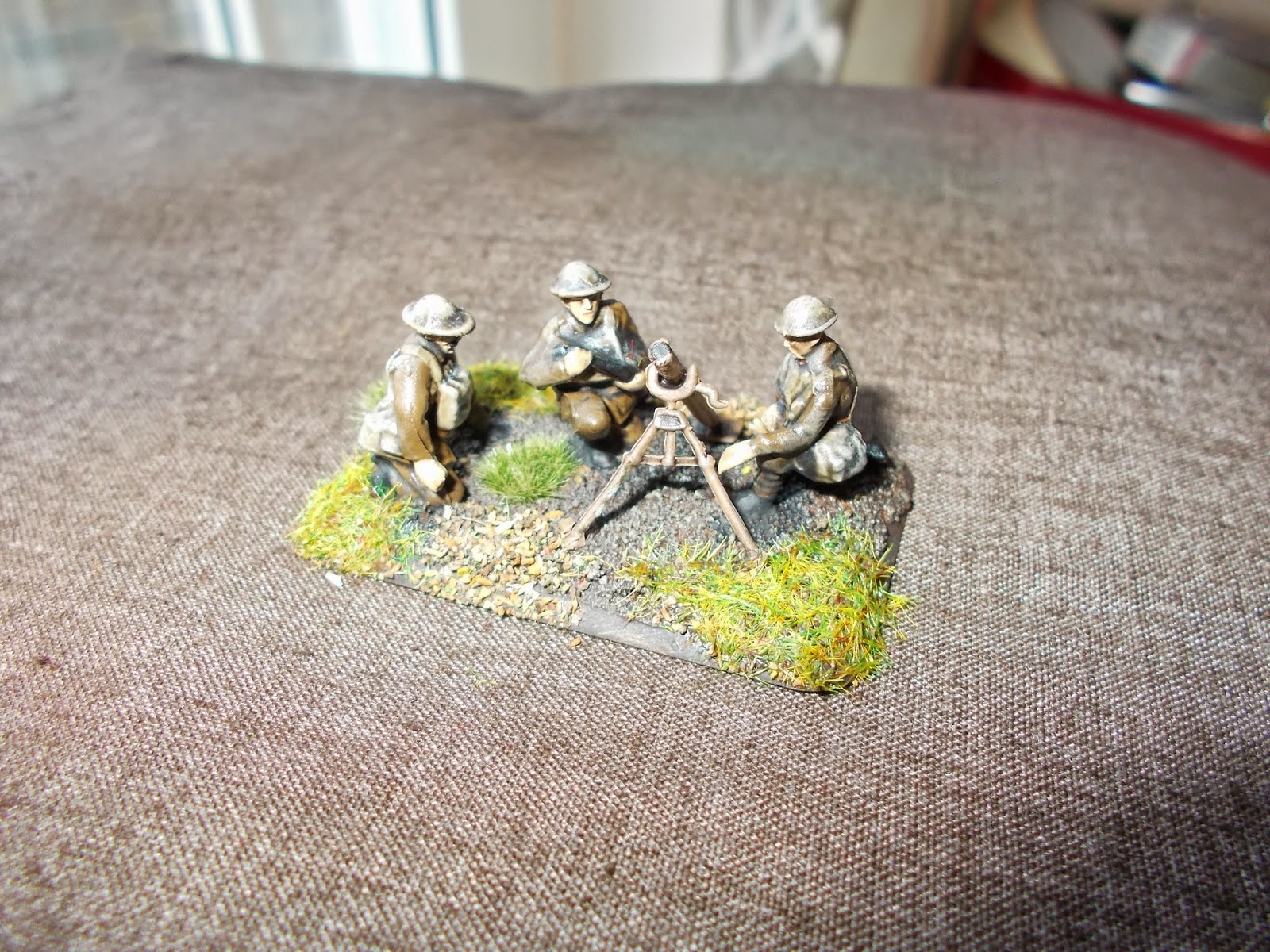 So that now brings my total amount of units to three full platoons, plus some support. I may add one more British platoon to the force but that is for another day... Thanks for looking!
Labels: 1/72nd 20mm Indians Infantry Through the Mud and the Blood WW1