Following on from the previous post about the 20mm plastic World War One project I have begun, here are a few more pictures of the growing band of soldiers. First up is the rest of the Lewis gun section, eight men commanded by a Corporal: 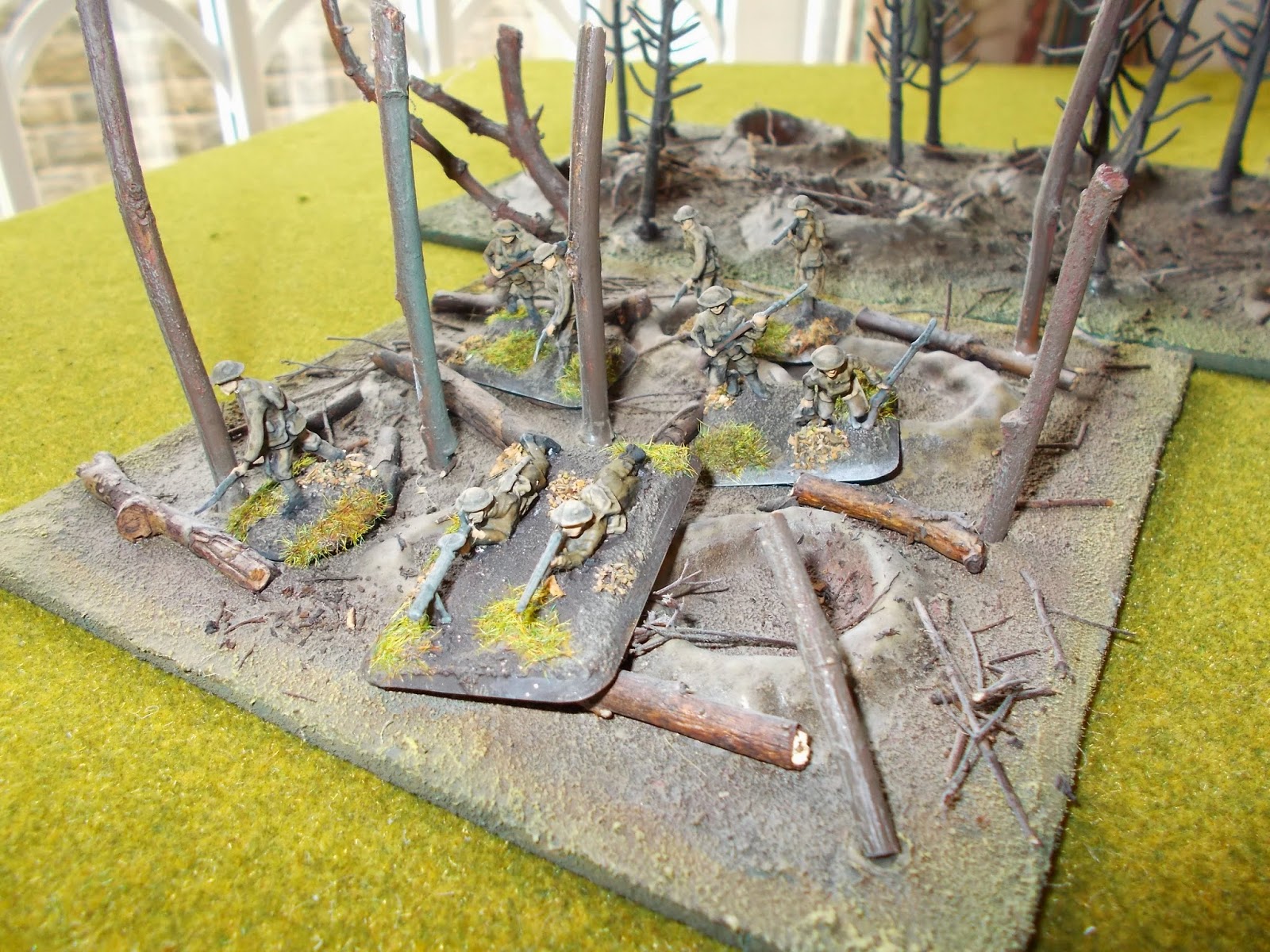 All the figures are part of the Emhar British Infantry and Tank Crew set, the Corporal is mounted on a penny. 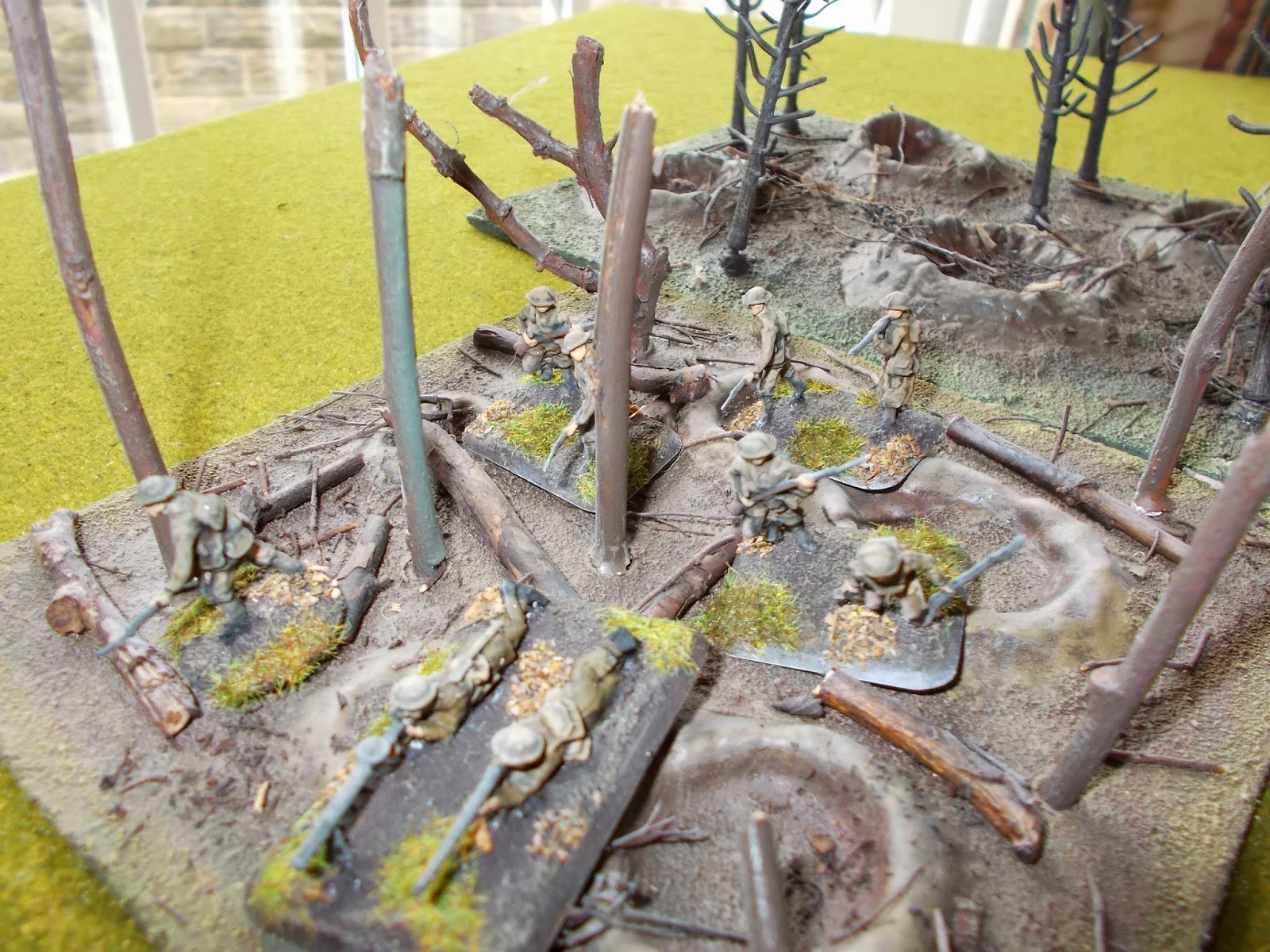 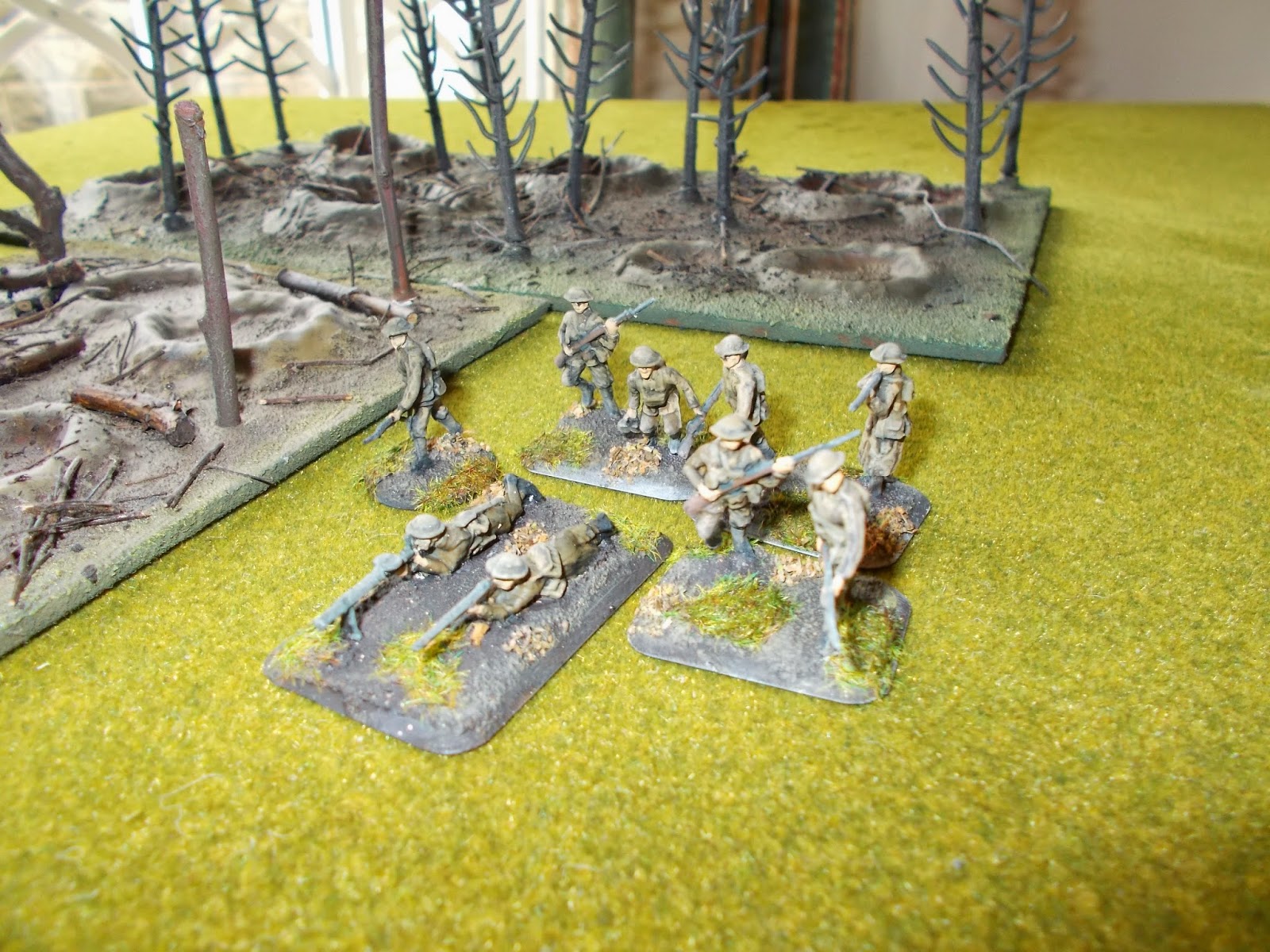 Here is the Bomber section, again, all Emhar figures. 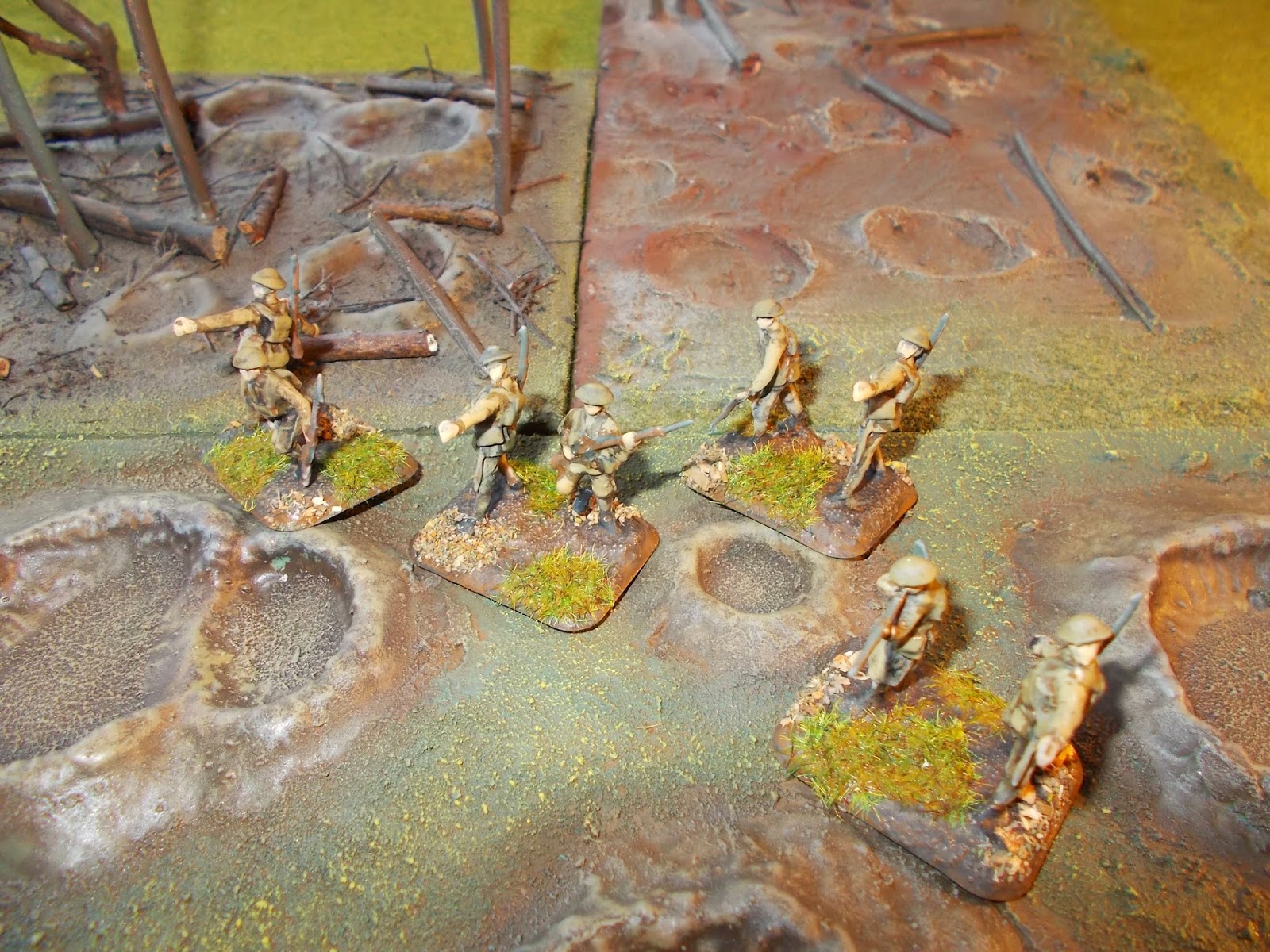 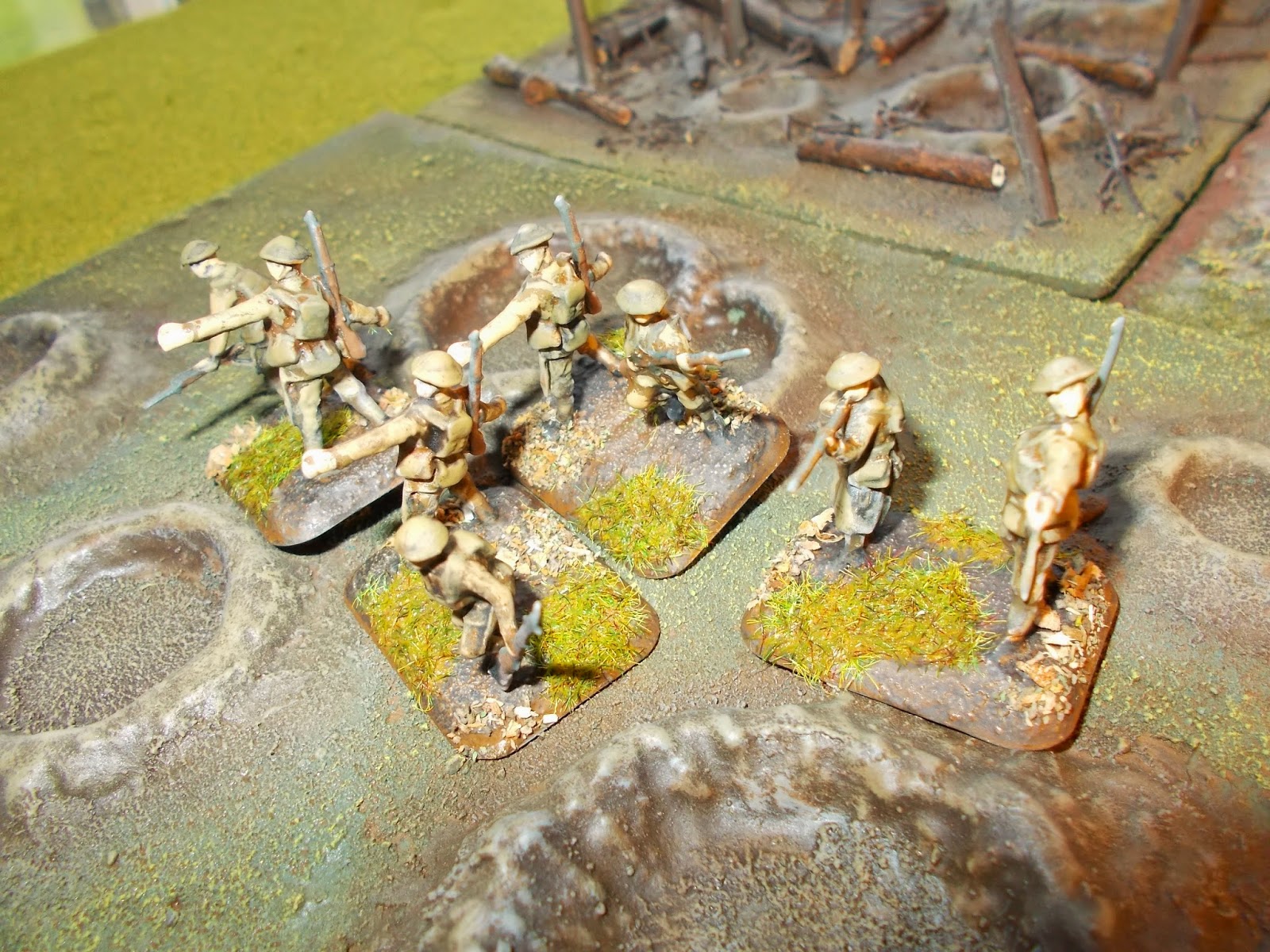 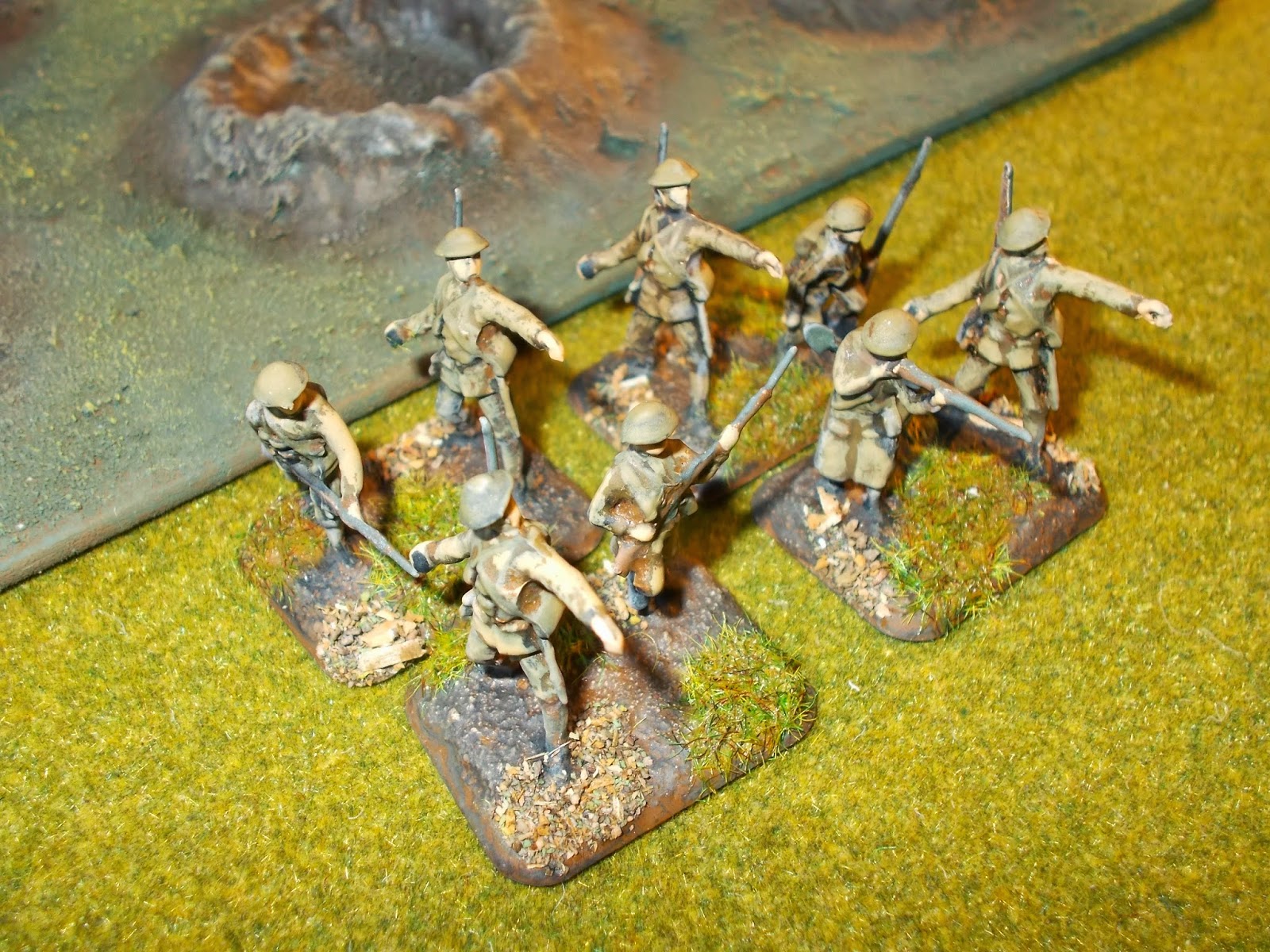 And finally is a group of Big Men of various ranks all based on pennies, the officer on the right is the one which I converted and who originally had a soft cap instead of a helmet. 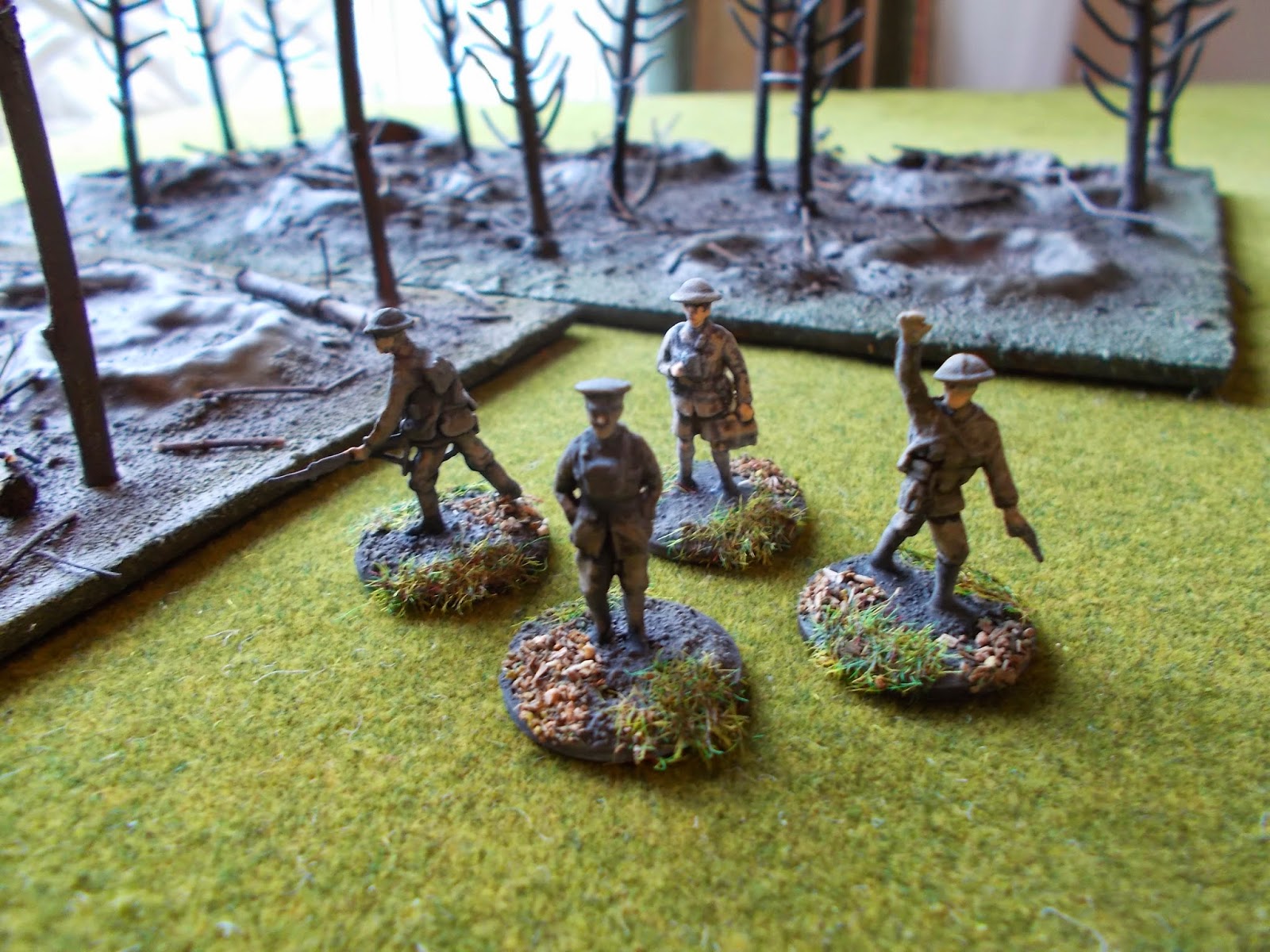 There are many more to come and I am currently working on section of rifle grenadiers. It is surprising how quickly these figures paint up, so it may not be too long before I am able to field them against the dastardly Boche.
Labels: 1/72nd 20mm British Infantry Through the Mud and the Blood Work in Progress WW1