The other day I finally finished my very last Japanese battalion for the Malaya campaign, as with the other battalions it consists of:

Battalion HQ: CO + 2IC, 1 Bugler, 1 Standard Bearer, 1 Radioman, 4 Rifles.
4 x Infantry Companies, each with 2 50mm Mortars, 1 LMG team, 2 SMG and 6 Rifles. (I was running out of SMG armed figured by this stage, so some of these only have one SMG, not that it affects anything in the rules) 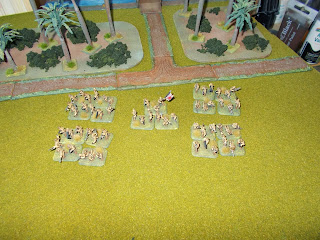 So that's a lot of figures (57 in total), especially when combined with the two other battalions of Japanese infantry that I have already have. Most Rapid Fire! battalions have about forty miniatures in them, so these are pretty big in comparison! 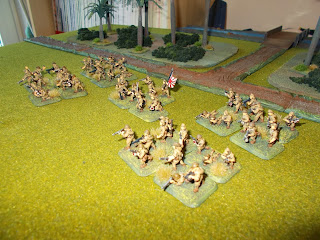 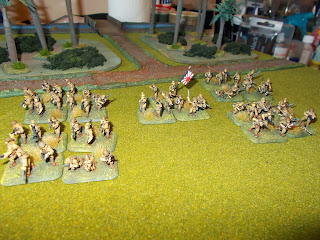 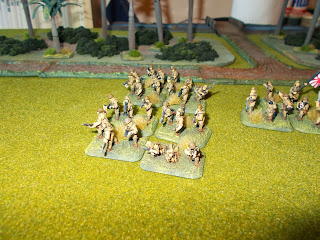 The British defenders are going to have real trouble holding this tidal wave back for any length of time. 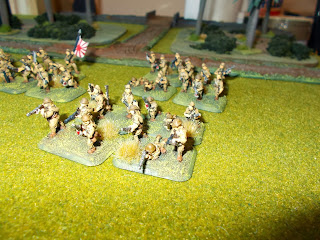 And here they are, all housed together with the two other battalions and some supporting elements.I will take some photos of the entire force when I get the rest of the tanks finished as well. 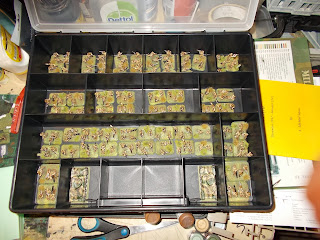 I wanted this project to be finished ready for the 72nd anniversary of the campaign, but as it began on 8 December 1941 with the landings at Kota Bharu, I've missed the start by a couple of days already. I still need to finish off the Japanese armour and build some theatre specific scenery before starting the campaign, so I think the first game won't be until the new year now.