Despite having deadlines hanging over me like the sword of Damocles, the Panzer II project is inching forward. I had got the lower half of the hull and the turret finished in this LAST POST.

Since then I put the decals on the turret and the lower hull half and began work on painting the upper hull, as well as the wheels. As this was an experiment with Maskol, I used more of it on the lower hull on some areas that I had melted to look damaged. These included the front right mudguard, the right panels and left hand rear mudguard and I was rather pleased with how it turned out: 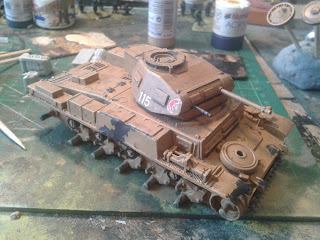 Then it was just a quick case of adding the wheels and tracks and the whole thing was finished, a lot quicker than I thought as well! 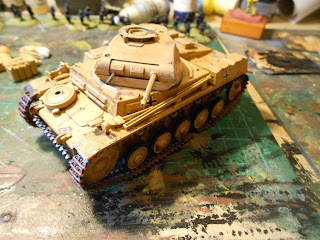 You'll notice that the tracks don't actually meet up properly, this is a fault with the kit and I will have to cover this up when I come to finish the base which this tank will sit on eventually. But apart from that little niggle, the kit was a nice one to build. 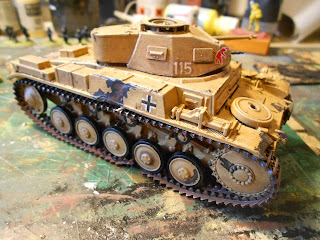 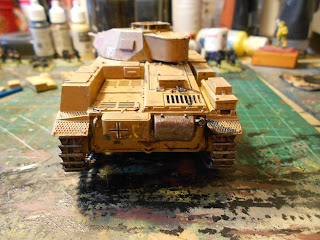 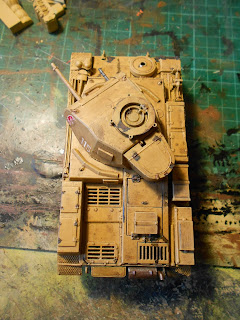 I still have the stowage to add, then the four DAK figures need painting and the base making. So there's quite a way to go, but thanks for looking!
Labels: 1/35th Germans Model kits Painting Tamiya Tanks Work in Progress WW2