I've always played Wings of War/Glory with an opponent, so I decided to have a go at solo play. The easiest way to do this was to have a Nieuport 16 armed with Le Prieur rockets on a balloon busting mission and faced with German ground defences. The balloon would be in the air for twelve turns before it was winched to the ground, so the plucky attacker had a big challenge. 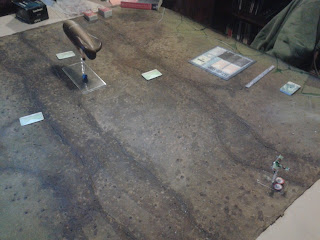 Turn One: The Nieuport16 starts his attack run, whilst the German ground crew start to winch the balloon down to the ground: 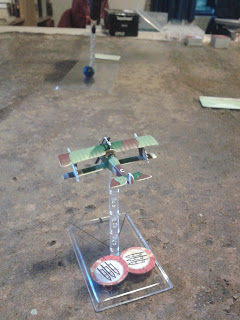 Turn Two: The Nieuport manages to manoeuvre between the two front machine gun positions and gets a few shots in at the balloon, causing some damage: 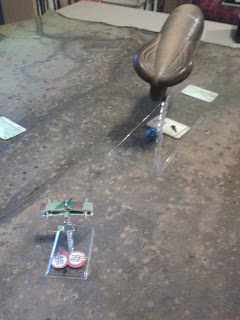 Turn Three: A few more shots are fired as the Nieuport slips down the side of the balloon, but out of the fire arc of the forward machine guns: 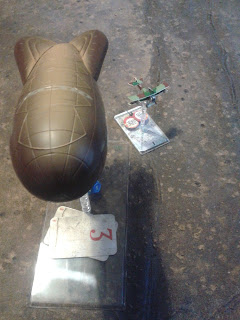 Turn Four: The Nieuport peels off to the left behind one of the fixed machine gun positions, but time is ticking away and the balloon is getting closer to the ground: 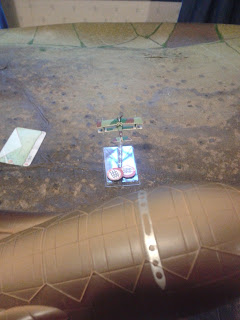 Turn Five: A quick Immelman turn flips the Nieuport back into a firing position, but also into the firing range of a ground MG position. Very accurate fire gives the Nieuport 5 damage, half the amount the scout can actually take!: 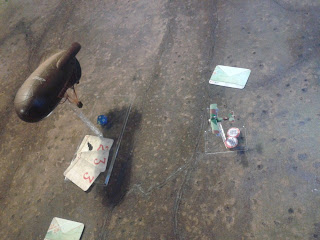 Turn Six: A straight run and the Nieuport is able to launch it's two rockets despite coming under fire from the ground (causing no damage). The two rockets miss the balloon and cause no damage at all: 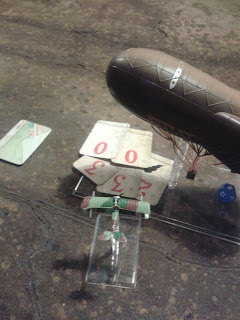 Turn Six/Seven: The attacker passes in front of the balloon, taking more damage from the MG position, but flips over to start an other attack run: 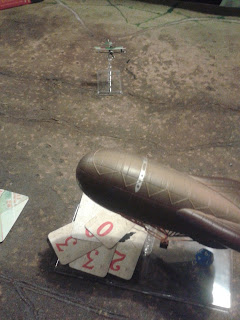 Turn Eight: The Nieuport blazes away at the balloon, setting fire to it, but also comes under fire himself: 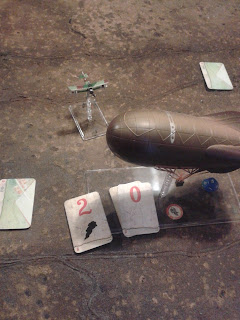 There was no need for a Red Baron style investigation into who fired the fatal bullet in this game; ground fire from the machine-gun position brought down the Nieuport. 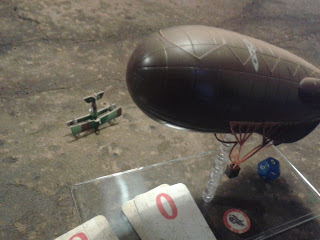 The balloon took some heavy damage and even caught fire. The rockets did absolutely nothing to the balloon unfortunately, but it seems continual fire from the machine guns would have done the trick eventually. If only the German machine gunners weren't so accurate...
Labels: 1/144th AAR Aircraft Wings of Glory Wings of War WW1