Here is my current to-do pile, it is the smallest it has been for a long time, but consists of 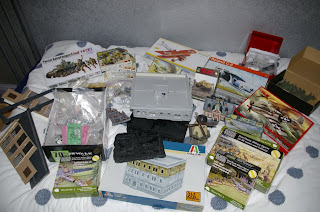 I tried not to buy anything to add to it, but couldn't help myself and six StuG B by Zvezda are on their way to me...