I picked up a set of Gripping Beast's Save Us O Lord! set at a show, just for something different to paint as I haven't painted any Vikings for years. I've always admired GB's figures at shows and this was a good compromise rather than buying a full army of Huscarls and taking my attention away from the 20th Century, where I normally game...

I didn't like the flaming torches that came with the set so I used a left over spear and sword that I had as a replacement for the fella cutting the monk down and the guy with sheep booty. 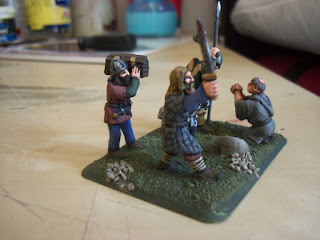 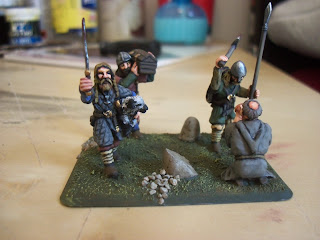 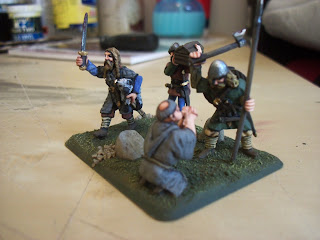 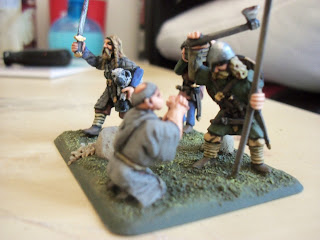 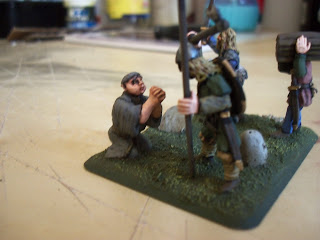 I then asked a friend if he'd go to town on photoshop for me with one of these pictures to show the Vikings returning from a successful raid and here are the fruits of his labour: 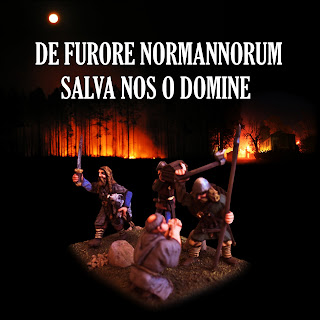