I broke out my new Gotha Wings of Glory model for my last game, I decided it was time to try out the big boys. I took the bomber and had support from a Pfalz DIII which were set against a trio of Sopwith Camels. The idea was for the Gotha to get to the end of the table, turn and return off the original table edge, all to a soundtrack of Motörhead! Sound easy enough? Well, we shall find out... 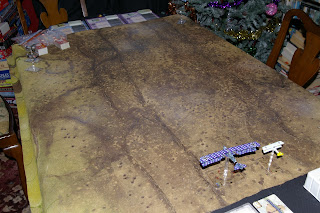 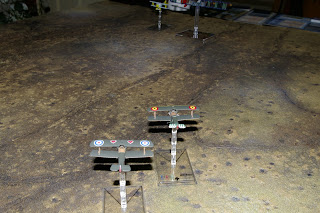 The Bomber and escort fly together, then split: 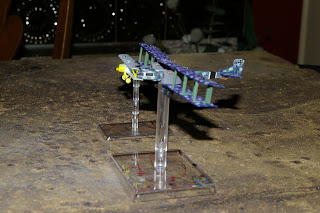 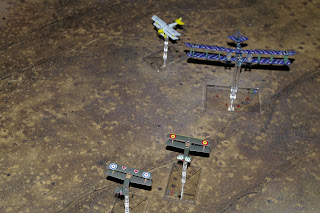 I figured it would be better for the Pfalz to take on the lone Camel and leave the Gotha to deal with the other two: The duo of Camels passed by the Gotha doing little damage: 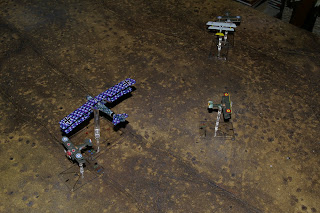 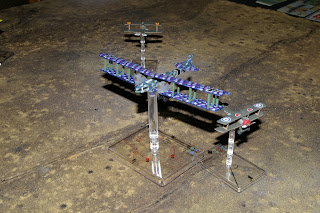 The Gotha's rear gun blasted away at one of the passing Camels and caused it to burst into flames!: 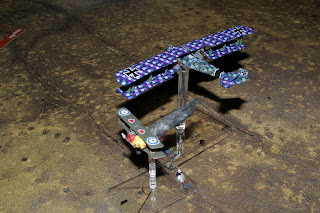 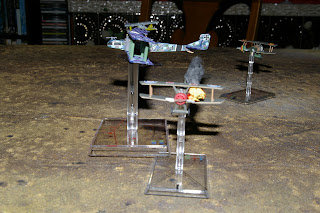 With the Gotha zigzagging to evade fire the two camels turned back on their prey with the third closing in as well: 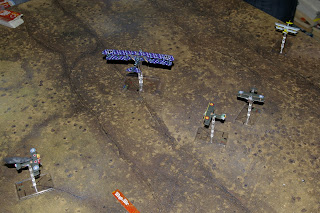 Then a pitch invasion occurred, but was soon averted with a bowl of cat food... 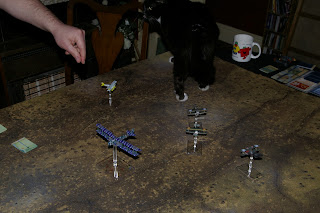 The Camels began closing on the large target: 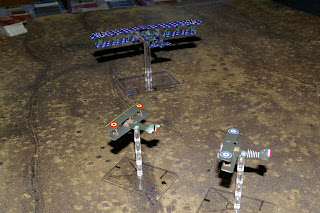 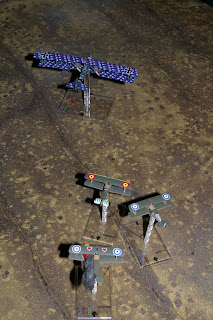 We had to switch to the aeroplane cards due to there being an airjam as the Camels tried to get behind the Gotha: 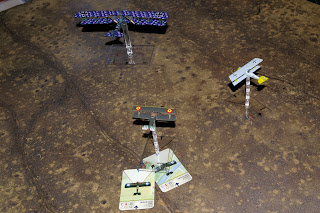 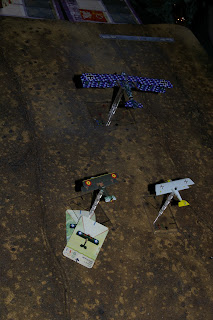 The Pfalz overshot slightly and was treated to a burst of fire from one of the Camels: 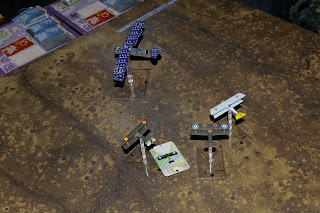 There was more heavy grouping from the Camels as the Gotha tried to turn for the return journey, the other side of the table seeming so very far away at this stage.... 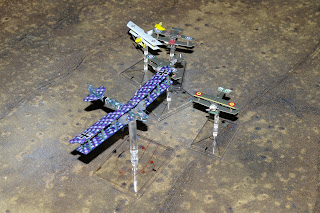 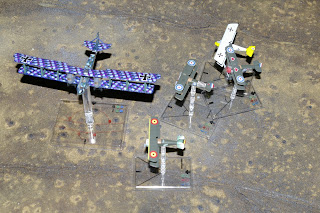 There was plenty of ineffectual firing from the Camels until I pulled the hated explosion card for the Gotha, until this point it had been pretty lucky with the '0' damage cards: 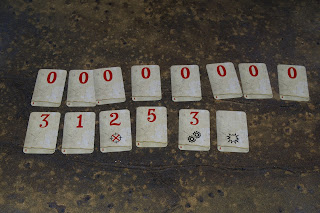 And down she went, like  lead balloon (or a small plastic aeroplane...): 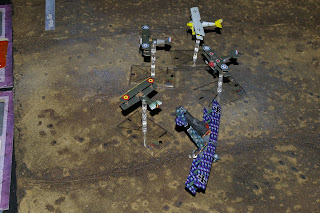 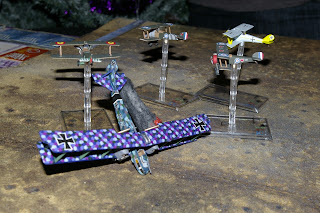 Finally, the Camels piled on the Pfalz, with inevitable results: 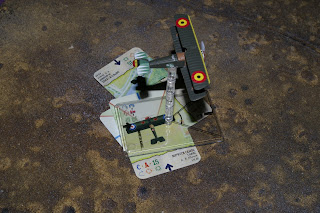 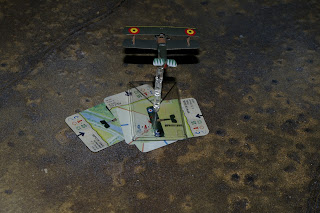 So not a great start for the bombers, maybe I over egged the pudding slightly by having three Allied against the Bomber and one escort. Having said that, the Gotha possibly would have made the table edge given the small amount of damage it took before the explosion. Another great game of Wings of Glory, even though I lost!
Labels: 1/144th AAR Aircraft Motorhead Wings of Glory Wings of War WW1