This post is about some of my early war German vehicles and guns, first off a trio of Panzer III Ausf J by Command Decision. 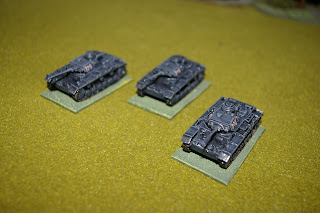 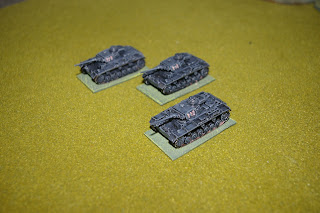 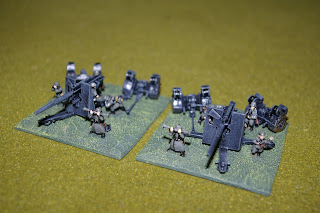 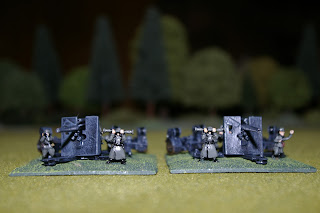 I set up a game using the Panzer IIIs and the 88s and pitted them against three KV-1s and a unit of four BA-10s and one BA-64 (all by Command Decision also). I took the German side and was hoping for a walk-over to showcase my 88s. The scenario was based around the German defence of a series of hills, hence the objective markers. Things started off OK (the dice behind the tanks were to indicate how many HE shots the vehicles had left, we gave each AFV five rounds): 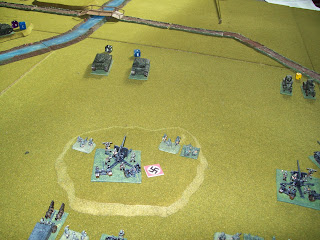 The Soviet Cavalry moved through the flanking woodland. 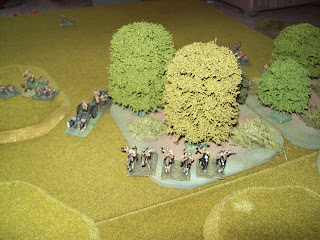 I lost a few casualties on one of the objective hills as the BAs moved in, but nothing to worry about yet... (I use red plastic tabs to indicate casualties) 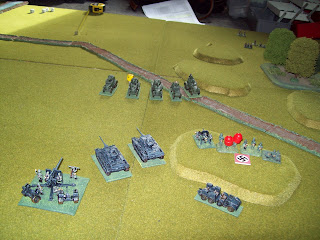 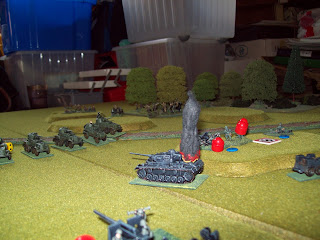 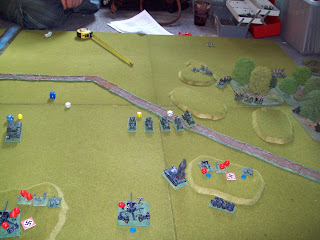 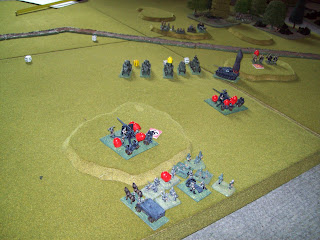 Finally the Soviets moved in for the kill on both flanks... 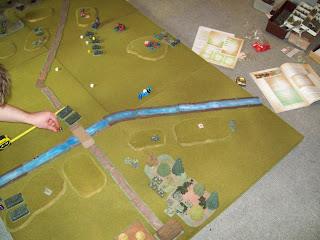 Not a glorious start for my 88s and Panzer IIIs, but I'm sure there'll be plenty of opportunities to settle the score. You may have noticed the horse drawn wagons in German service. Here's a couple of better photos of them. I forget who these are produced by; but I wanted to recreate the horse drawn elements of the German army and these worked just fine: 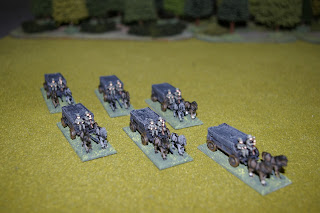 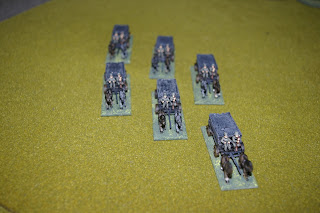 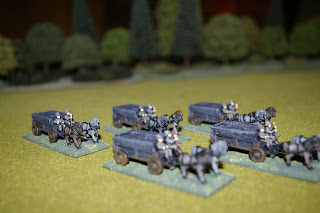