With the addition of the new Wings of Glory miniatures to my collection I was able to re-fight, almost accurately, the final fight of Lanoe Hawker VC against Manfred Von Richthofen on 23 November 1916. With Brumowski's red Albatros D.III standing in for Richthofen's plane (I know, I know, it was an Albatros D.II and not even red...) and a DH.2 with Hawker at the controls. All explosion cards were removed from the deck as we wanted this to be a game of skill between two aces and with Motörhead turned up to eleven the duel was on!

The initial set up: 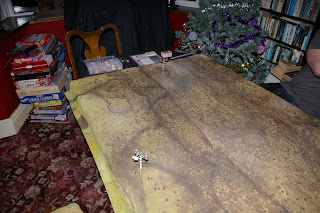 The two aces close in on one another... 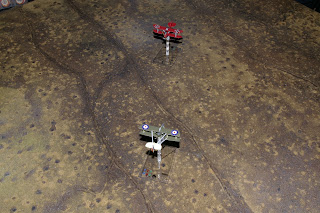 And let off a burst of fire... 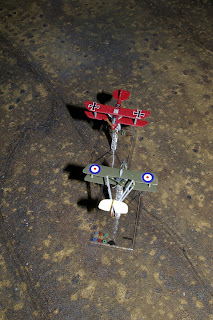 The two planes shoot past each other 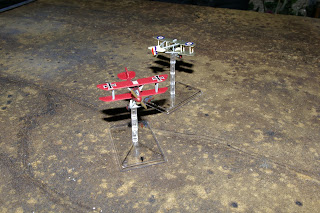 Turning as quick as they can to try to get another shot in: 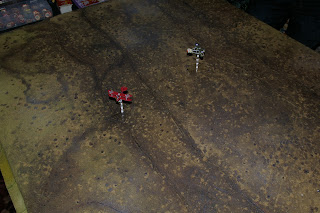 It became a contest of turning circles: 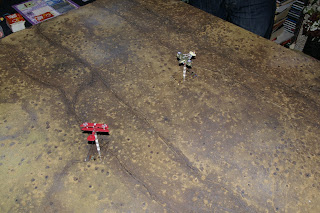 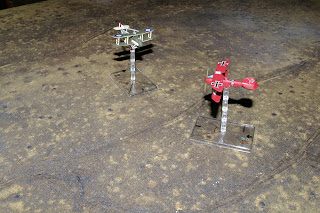 Which Hawker appeared to win by setting the Baron's Albatros on fire: 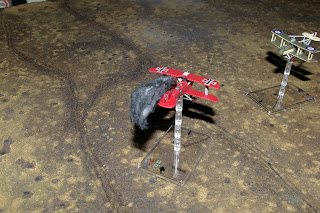 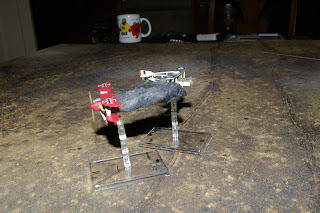 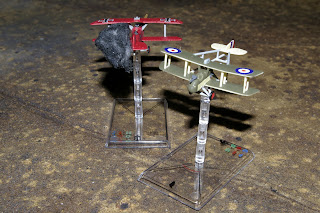 The Baron did a quick Immelmann turn to get a broadside on Hawker: 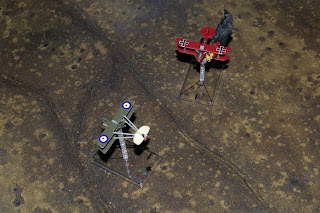 But Hawker survived and slipped past 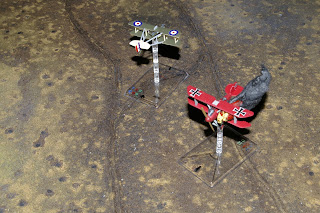 And the turning contest began again: 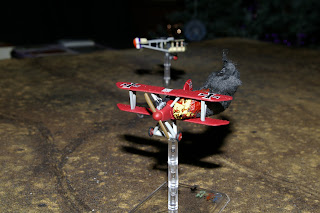 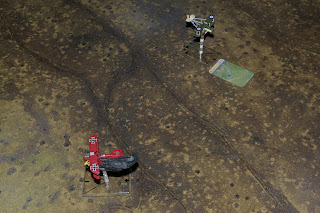 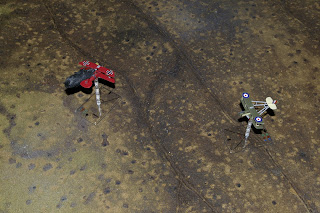 Until the two aces looked down their sights at one another and squeezed the trigger: 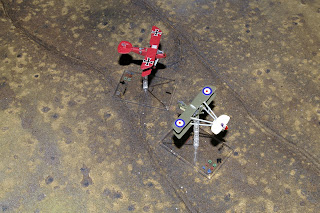 The Baron triumphed as Hawker's DH.2 burst into flame and plummeted to the ground! 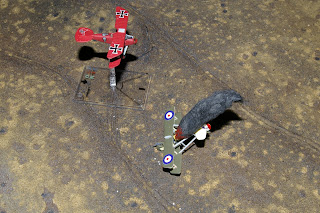 Another game lost, at least I can console myself with knowing this was a historical outcome. A post-game check of the damage cards showed that Richthofen would have only needed one more damage point for the game to have been mine! So close, yet so far away!
Labels: 1/144th AAR Aircraft Motorhead Wings of Glory Wings of War WW1