For this year's Christmas game I decided we would play with my new Wings of Glory models, which had only arrived a couple of weeks ago. The scenario was thus, three DH.2s were on patrol and had been jumped out of the sun by three Fokker E.IIIs. I took the British planes and my opponent played as the Germans. The game was played on a Terrain Mat's World War One gaming mat. Some of the photos are not the best, but that is because I was using a cheap phone camera and the sun was setting by the end of the game, but I hope you enjoy this report of what was an enjoyable game!

The initial set up: 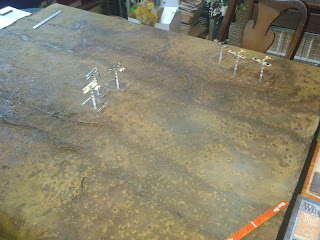 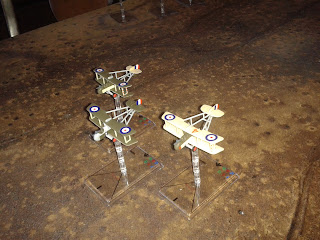 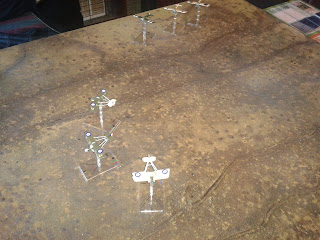 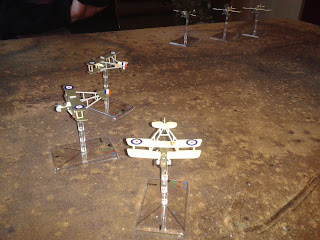 Lanoe Hawker, VC, makes a beeline for the attacking Fokkers: 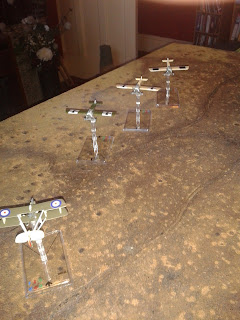 Hawker took heavy damage and ended up with smoke billowing out of his crate, but he survived the first rush: 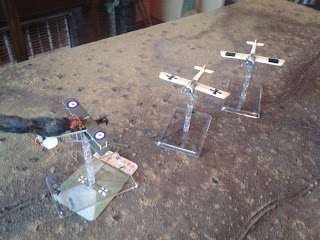 Saundby can only watch from the other side of the table as Hawker is mauled: 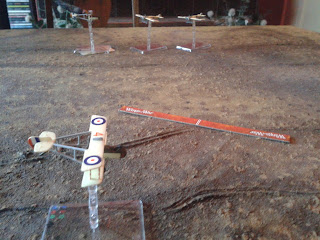 But it's not long before the two sides close and Saundby manages to get a shot at Immelmann: 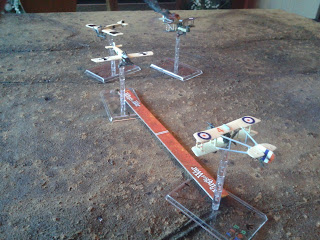 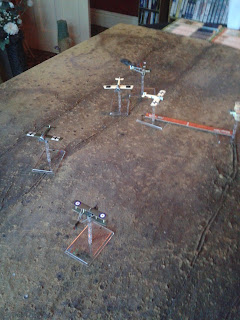 Hautzmeyer and Andrews pass one another and can only wave (or gesticulate rudely...): 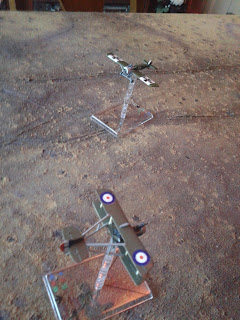 As is only proper and correct, Immelmann executed an Immelmann turn!: 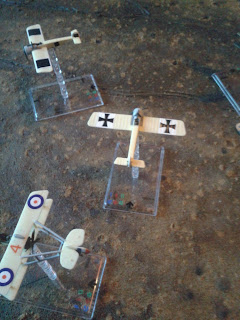 But it did him no good as the Eagle of Lille is despatched by Andrews: 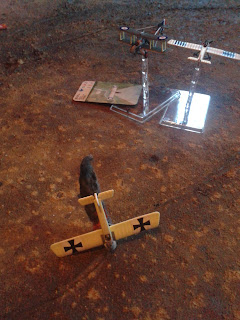 Cross fire from the two remaining Germans does little damage to Saundby's plane as Hawker desperately tried to put the smoke out: 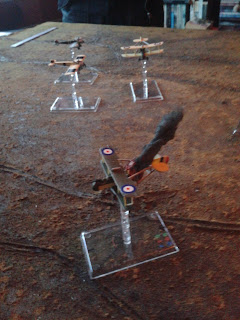 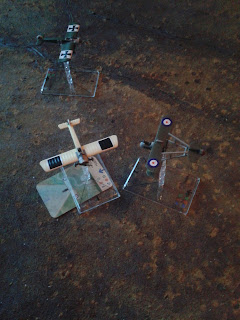 With the smoke now stopped Hawker is back in the thick of things, taking a pop at Hautzmeyer: 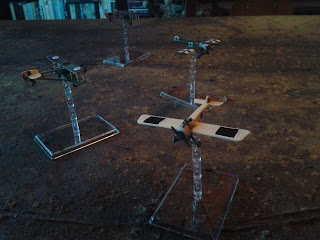 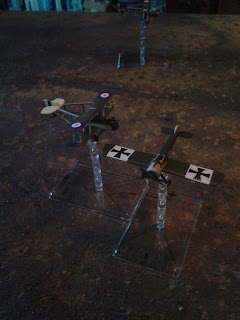 And again, but Hautzmayer appears to be blessed and stays aloft!: 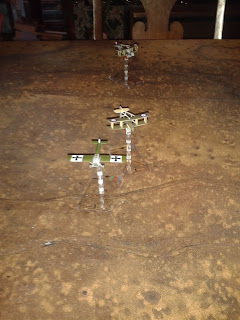 Saundby finally gets a bead on Buddecke and sends him spinning earthwards: 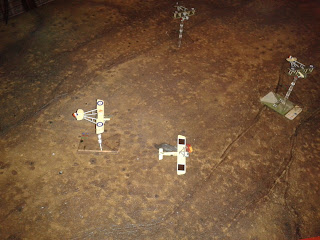 And after what seemed like an eternity of ineffective blasting away from Hawker, Hautzmayer plane bursts into flames with Andrews taking the credit for the final kill... 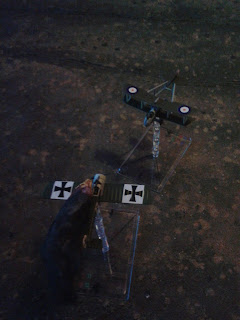 But not before Hautzmayer forces Andrews into a fiery death as well: 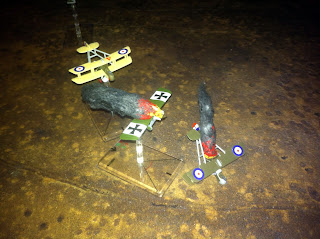 ...and the last German plummets groundwards... 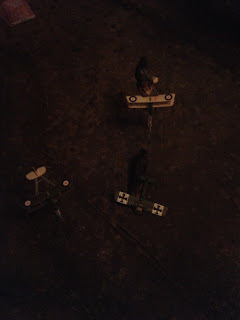 This is Hautzmayer's damage deck... Throughout his flight Hautzmayer drew '0' damage card after '0' damage card, in the end he had thirteen and it was only plenty of hammering away that finally downed him: 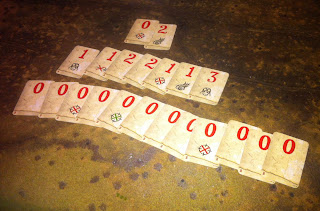 It felt like Hawker was popping at nothing all through the game! Two of the British planes stayed aloft, even with Hawker taking a mauling at the beginning, so it was a great start to the new aircraft in my opinion! The game lasted about two and a half hours and was an excellent way to spend the Sunday afternoon before Christmas, although there was very little goodwill to mankind shown amongst the opponents!
Labels: 1/144th AAR Aircraft Wings of Glory Wings of War WW1